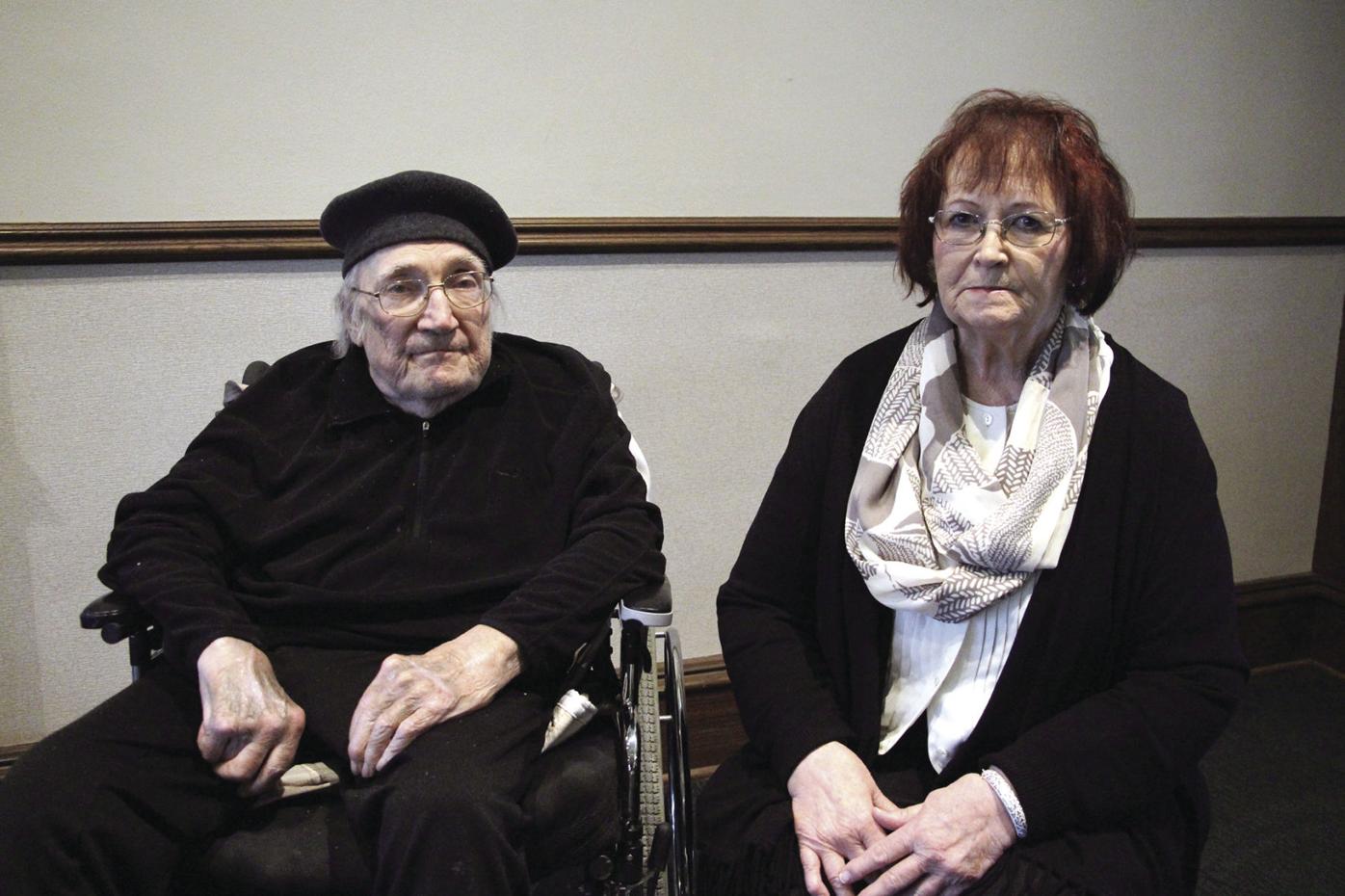 Larry Granger, left, and Vonda Kelly have been fixtures of the Bloomington Historical Society since its inception in 1964. Granger was involved in its incorporation and Kelly joined the organization a decade later. The duo stepped down from their roles with the organization at the conclusion of 2019. (Sun Current staff photo by Mike Hanks) 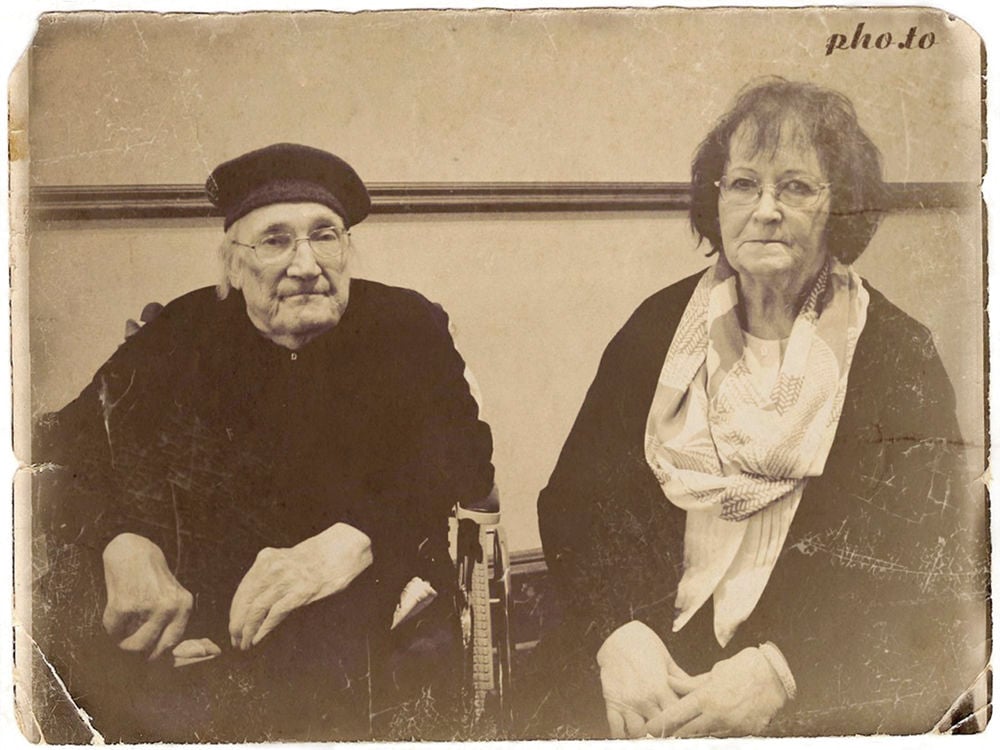 Larry Granger, left, and Vonda Kelly have been fixtures of the Bloomington Historical Society since its inception in 1964. Granger was involved in its incorporation and Kelly joined the organization a decade later. The duo stepped down from their roles with the organization at the conclusion of 2019. (Sun Current photo illustration by Mike Hanks)

In their quest to chronicle and preserve Bloomington’s history, they unwittingly carved out a little piece of it for themselves.

Longtime Bloomington Historical Society leaders Larry Granger and Vonda Kelly have retired from their leadership positions with the organization. The historical society dates back more than 50 years, and Granger was there when it all began, serving as its founding president when it was incorporated in 1964. For 55 years, Granger served the organization in a variety of capacities, returning to the role of president at the end of his tenure.

Kelly came along 10 years later and spent two decades of her 45-year tenure as its president.

The duo cites a long list of accomplishments by the organization through the decades, touching on many facets of Bloomington through the centuries, including preservation of the city’s early governmental leadership.

The historical society’s archives are housed in Old Town Hall, a building that once served as the community’s all-purpose gathering place and now serves as the historical society’s museum. Built in 1892, Old Town Hall could no longer serve the needs of the growing suburb in the early 1960s. Granger, who worked as the city’s personnel director, was involved in the planning for new city offices across the street. The new city hall would replace the Moir Hotel, known as the “halfway house,” as it was halfway between Shakopee and Fort Snelling, a common path of travel during the pioneer days, Granger explained.

With the city hall planning to move across the street, Granger and City Manager Ray Olson orchestrated the establishment of Old Town Hall as a home for the new historical society. It was a brilliant arrangement for Granger. The city offices were moving across the street, but a collection of records about Bloomington’s past was already being assembled in Granger’s balcony office. Old Town Hall, with offices in its basement as well, had a modest collection of artifacts that the city’s staff had collected, and those stayed with the historical society, too, Granger recalled.

The organization received the photo collection of Irv Norling, the city’s resident photographer during the 1950s and ’60s. He chronicled many facets of Bloomington through his photographs, and his collection of more than 10,000 photos is now in the hands of the historical society, which worked with the Minnesota Historical Society for two years to develop “Suburban World,” a book showcasing Norling’s work, according to Kelly.

Norling’s photos are well known by historians, but the historical society counts many other collections in its archive, Kelly noted.

Photographs provide documentation of Bloomington’s past, as do newspapers, maps and city documents, all of which are part of the historical society’s collection, as well.

Artifacts aren’t limited to photos and printed documents. The historical society made a point to collect a variety of artifacts from the Thunderbird, Bloomington’s most famous hotel. Years before it was demolished, it had been sold and converted to a Ramada hotel. And with the sale went much of the Native American décor that had set the east Bloomington hotel apart from all others. The historical society obtained a variety of artifacts from the old hotel, such as a totem pole that is nearly seven feet tall, that were commissioned of Native American artists, Kelly explained.

While Thunderbird artifacts date back to the 1960s, there are pieces in the historical society’s collection that date back much further. A Native American dugout canoe, made from the trunk of a tree, was found along the banks of the Minnesota River in the 1960s when the water was low. The historical society commissioned its restoration and preservation as part of its Dakota Indian collection. Carbon dating suggests the canoe dates back to the 1750s, Kelly noted.

A more recent acquisition is the Oak Grove Presbyterian Church cross, a restored piece of timber from the 1800s. Its history dates back to missionary Gideon Pond’s cabin in Minneapolis. It made its way to Bloomington when Pond moved south and eventually made its way to the church’s cemetery on Lyndale Avenue, which was established in 1856. The cross eventually moved to Oak Grove’s church near Old Town Hall, and after being donated to and restored by the historical society, it is on display in the museum, according to Kelly.

The Pond house in east Bloomington is now under the city’s ownership and is part of Pond-Dakota Mission Park. The historical society championed its purchase and preservation as an important part of the city’s history and worked to have it added to the National Register of Historic Places. From the Pond House to the Bloomington Cemetery and the recently restored Old Cedar Avenue bridge that helped connect Hennepin and Dakota counties, the historical society championed all of them for the national register, Kelly noted.

For all that the historical society has done to commemorate Bloomington’s past, Granger is quick to compile a to-do list for the future.

Bloomington Public Schools commemorated its centennial in 2018, and that celebration highlighted the school district’s history, from one-room schoolhouses to an era when the district operated 27 buildings and served 25,000 students. A thorough, summarized history of the school district is lacking, according to Granger.

Histories of the major businesses that helped shape the city and drive its growth, as well as chronicling of the development and construction of Mall of America, are also needed, Granger said.

Important aspects of the community past and present also need to be documented, he added. From the garden clubs that flourished decades ago to the continued proliferation of youth sports through the Bloomington Athletic Association, known as the largest volunteer sports organization in the United States, there are plenty of projects worthy of the historical society’s effort, Granger explained.

Although retired from their longtime duties, the duo will remain available in an advisory capacity to assist with future projects, Kelly noted.

Fran Stachour, the historical society’s new president, said Granger and Kelly were driving forces in the chronicling of Bloomington’s history. “They have a wealth of knowledge,” she said.

The accomplishments under Granger and Kelly are what the organization aims to continue in the years to come, and Stachour wants the historical society to be more proactive in preserving the city’s history in the decades to come. Beyond thinking about how to memorialize the past, she is also interested in planning for the future by considering what today’s Bloomington residents will want to remember in 50 years.

“We make history every day,” she noted.