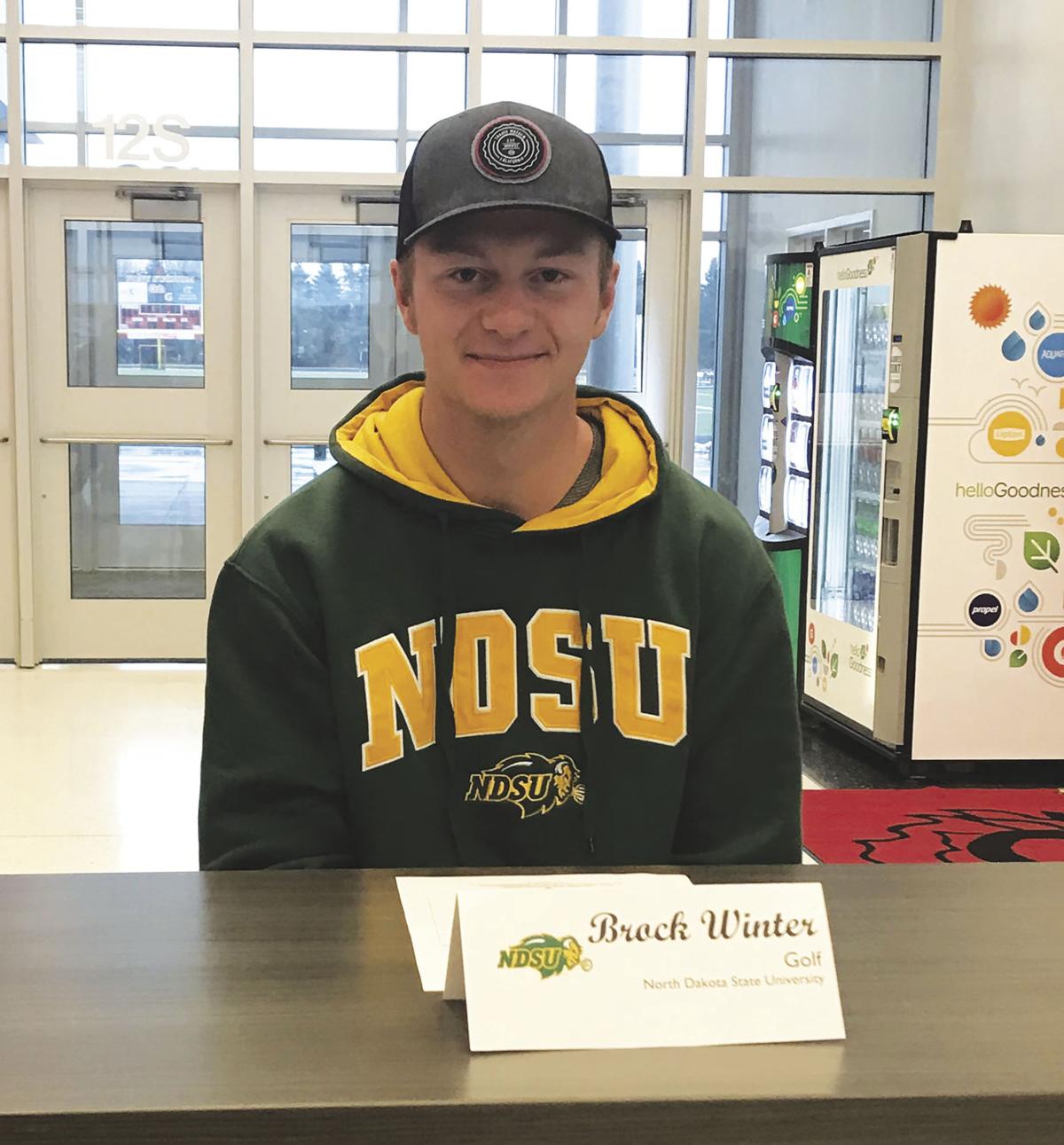 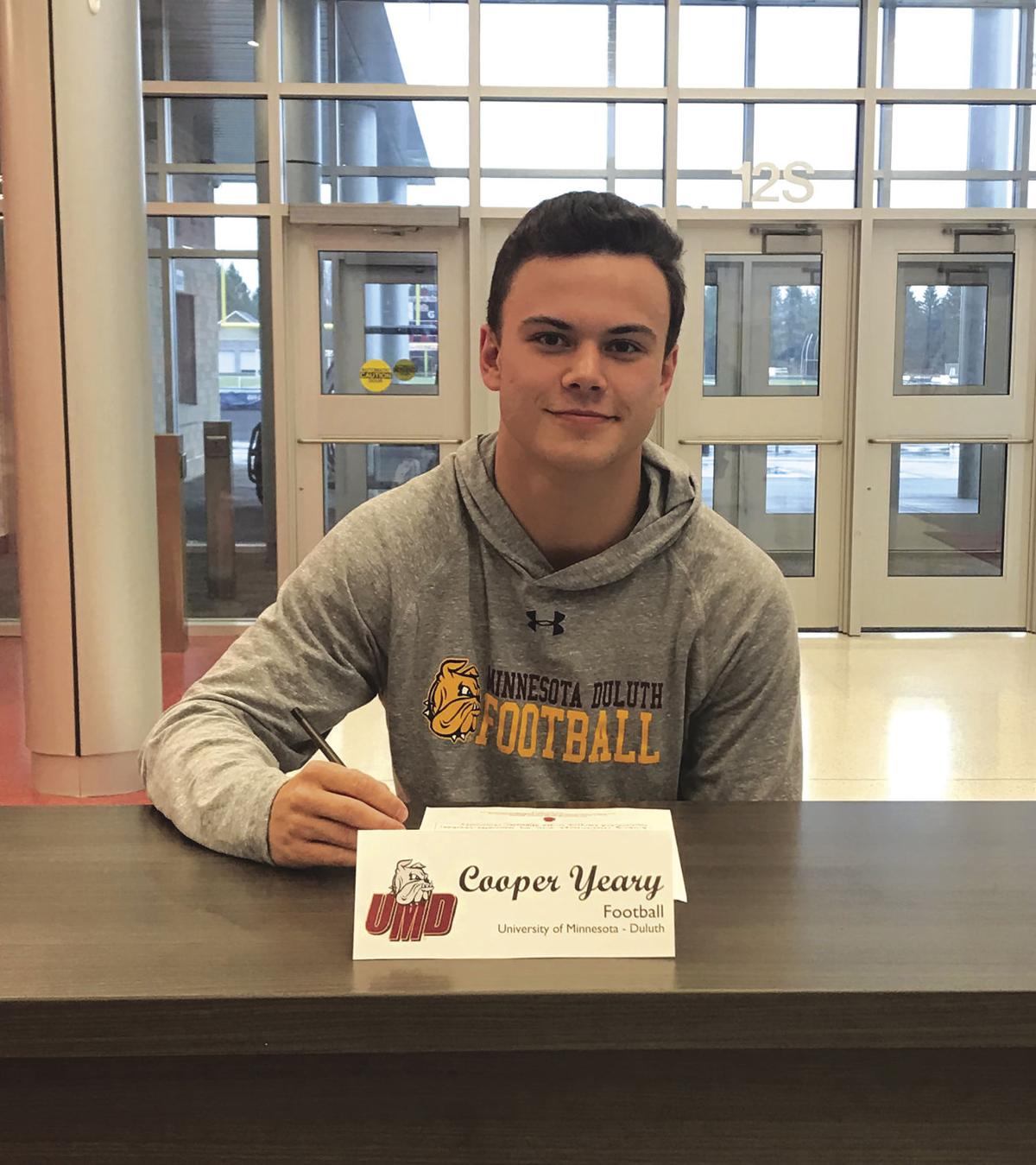 Stillwater Area High School senior Cooper Yeary accepted a scholarship offer to continue his academic and athletic career at the University of Minnesota-Duluth as a member of the football program. (Contributed photo)

Stillwater Area High School senior Cooper Yeary accepted a scholarship offer to continue his academic and athletic career at the University of Minnesota-Duluth as a member of the football program. (Contributed photo)

Winter, the top player on the Stillwater boys’ golf team that has qualified for state the past two seasons, signed on with North Dakota State University.

Yeary, a record-setting receiver for the Stillwater football team, has committed to the University of Minnesota-Duluth, which is one of the top programs in the NCAA Division II Northern Sun Intercollegiate Conference.

Winter claimed medalist honors in Stillwater’s season opener at River Oaks on April 9. He is a three-time All-Suburban East Conference honoree and a three-time All-State selection by the Minnesota Golf Coaches Association.

Yeary was among a group of 30 high school seniors who signed with UMD in early February. The Bulldogs finished with an 11-1 record and captured the NSIC North Division championship for the 11th year in a row.

Bulldogs offensive coordinator/wide receivers coach Chase Vogler said: “Cooper is a tremendous route runner who has great hands and can take it the distance whenever he touches the ball. He does a great job beating defenders with the use of both his quickness and route-running intelligence. Cooper has a bright future as a slot wide receiver at UMD.”

Peyton Classon, who was also a member of Stillwater’s state champion and state runner-up gymnastics team the past two years, will continue her diving career at Colorado College.

Classon has been the top diver for the Ponies the past three years. She qualified for state in 2016, which was her first year competing in the sport, and again in her junior and senior seasons.

Collin McCarthy, who also served a captain for Stillwater’s state runner-up wrestling team this winter, plans to attend school and play football at the University of Wisconsin-Stout.

Listed below are photos and short questionaires completed by the Stillwater athletes who signed a National Letter of Intent.

Why NDSU? — I chose NDSU because I believe NDSU will provide me a great education, along with a very competitive four years of collegiate golf. I also chose NDSU because of the generous support the alumni give back to the school.

Most memorable experience with the Ponies — Hosting annual team dinners after our conference championship tournament.

Other SAHS Activities — Basketball and track and field.

Most memorable experience with the Ponies — Building relationships with my teammates, coaches, teachers and everyone in the Stillwater community.