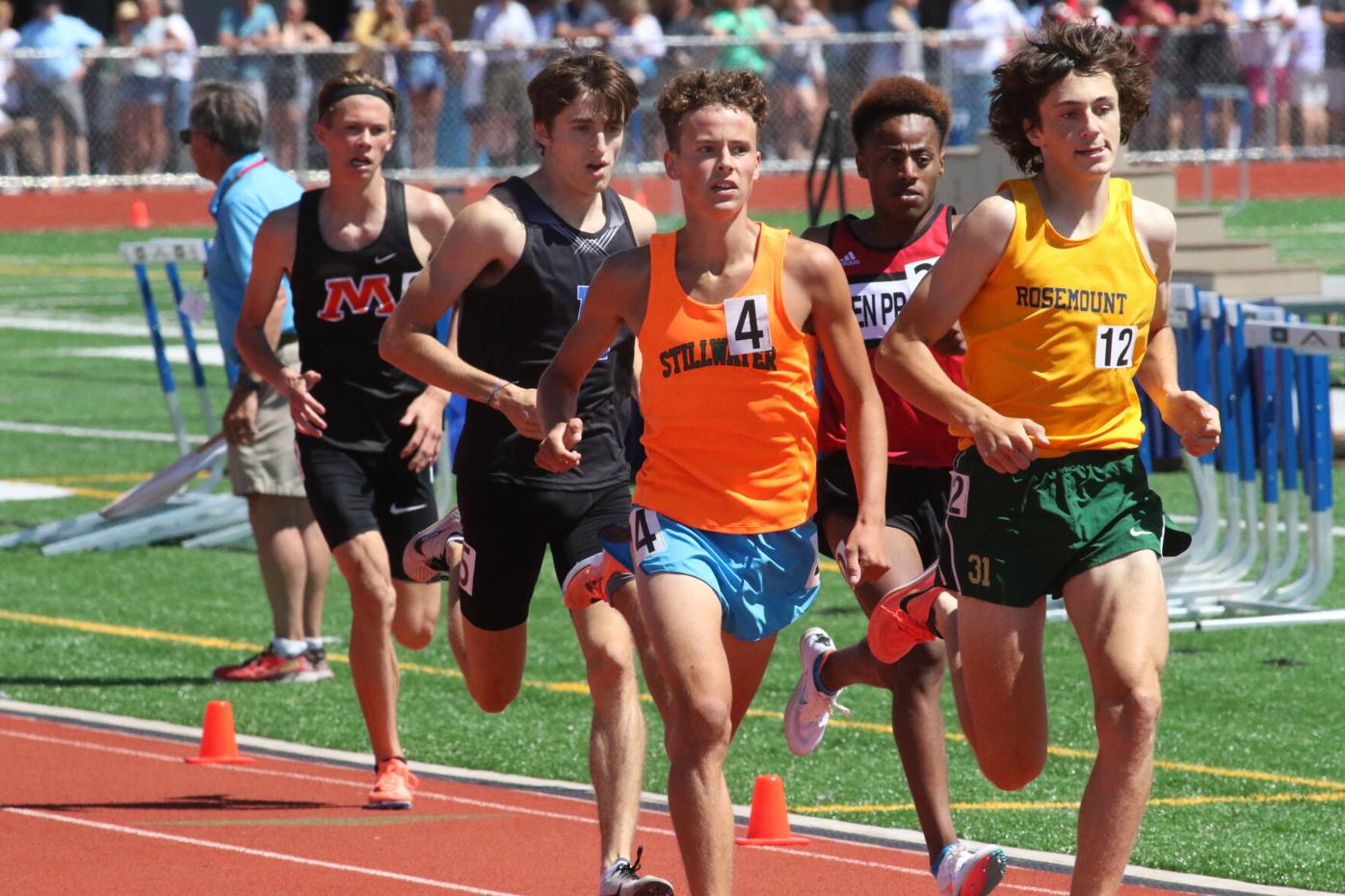 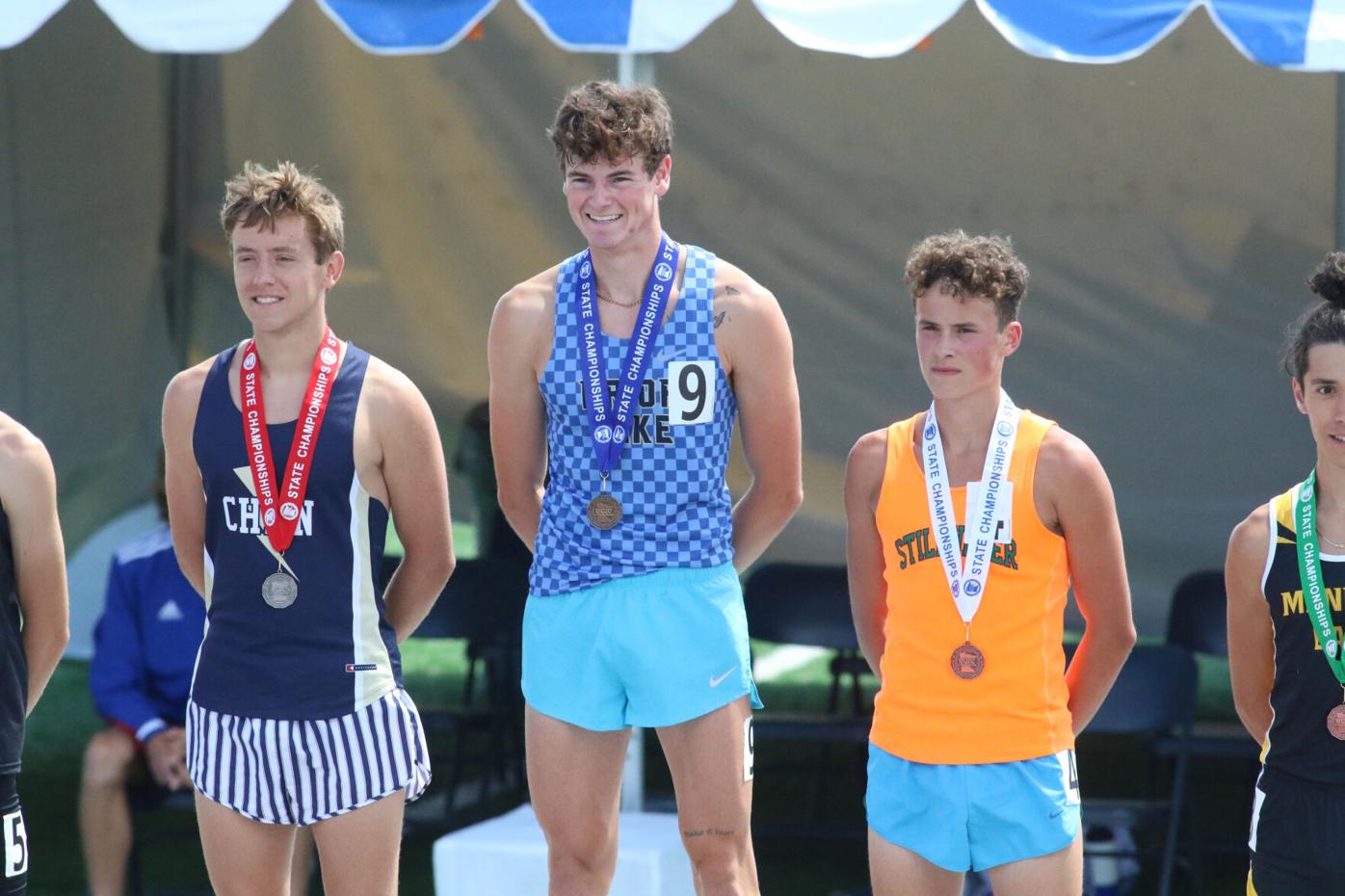 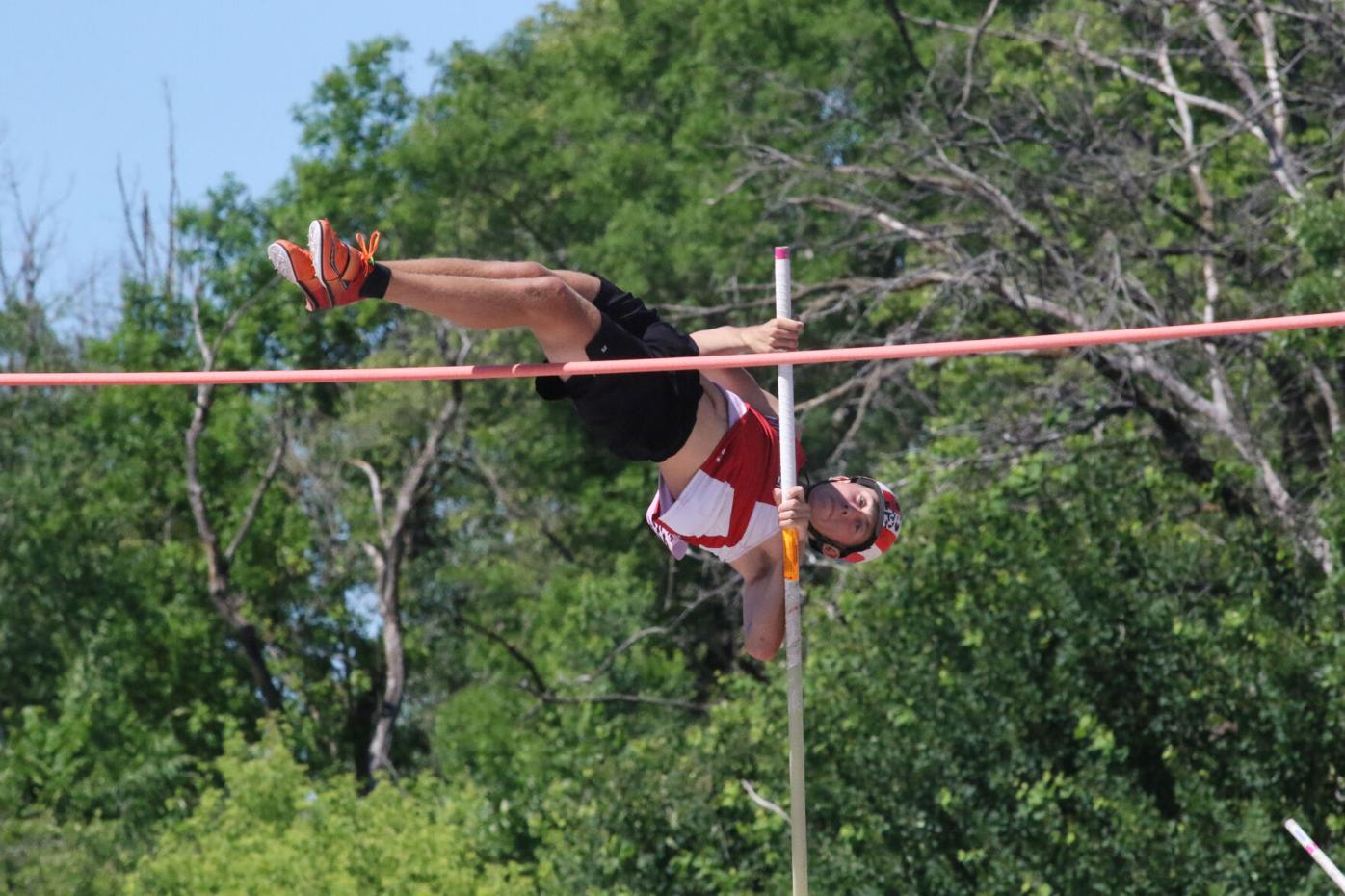 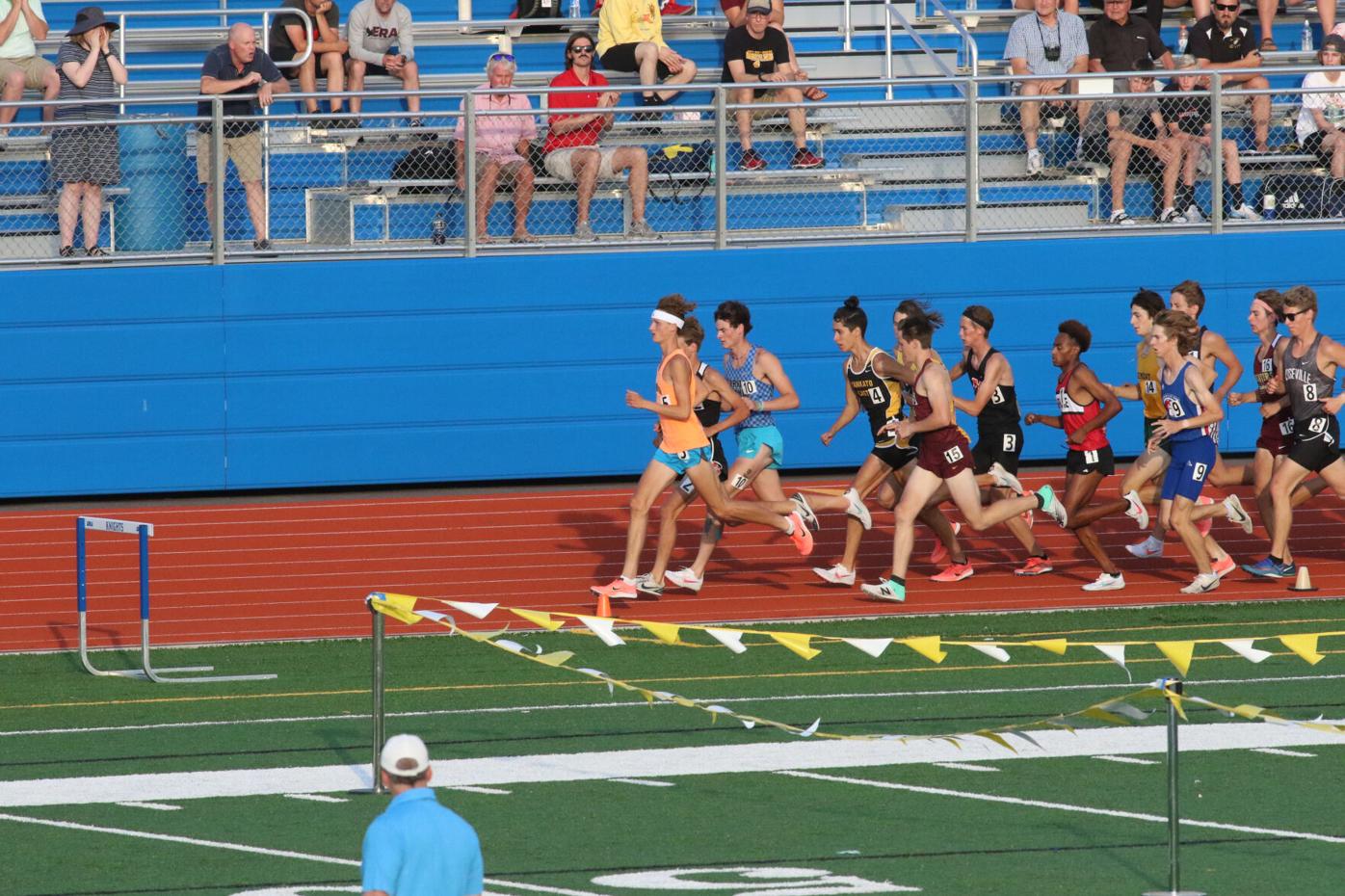 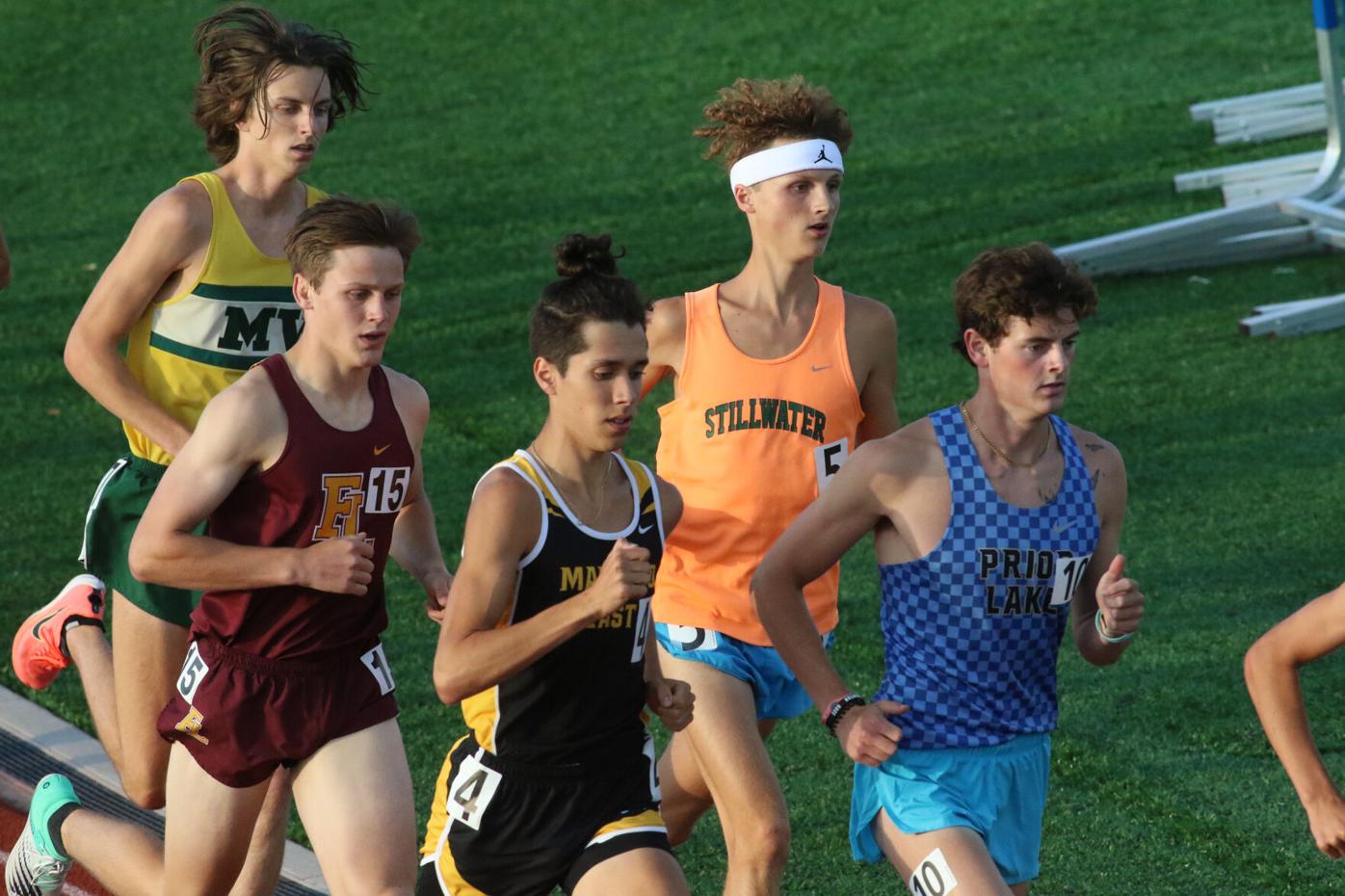 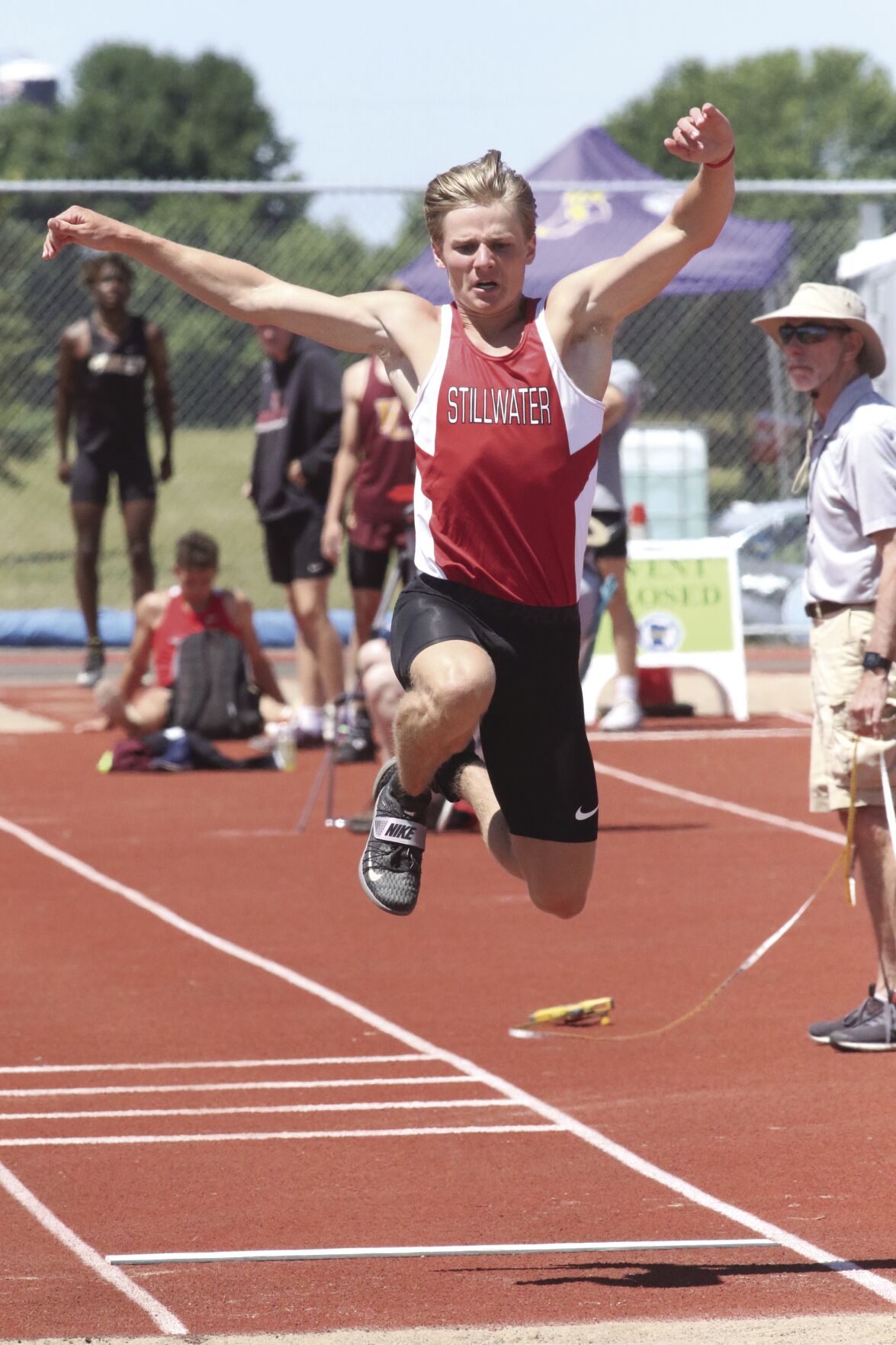 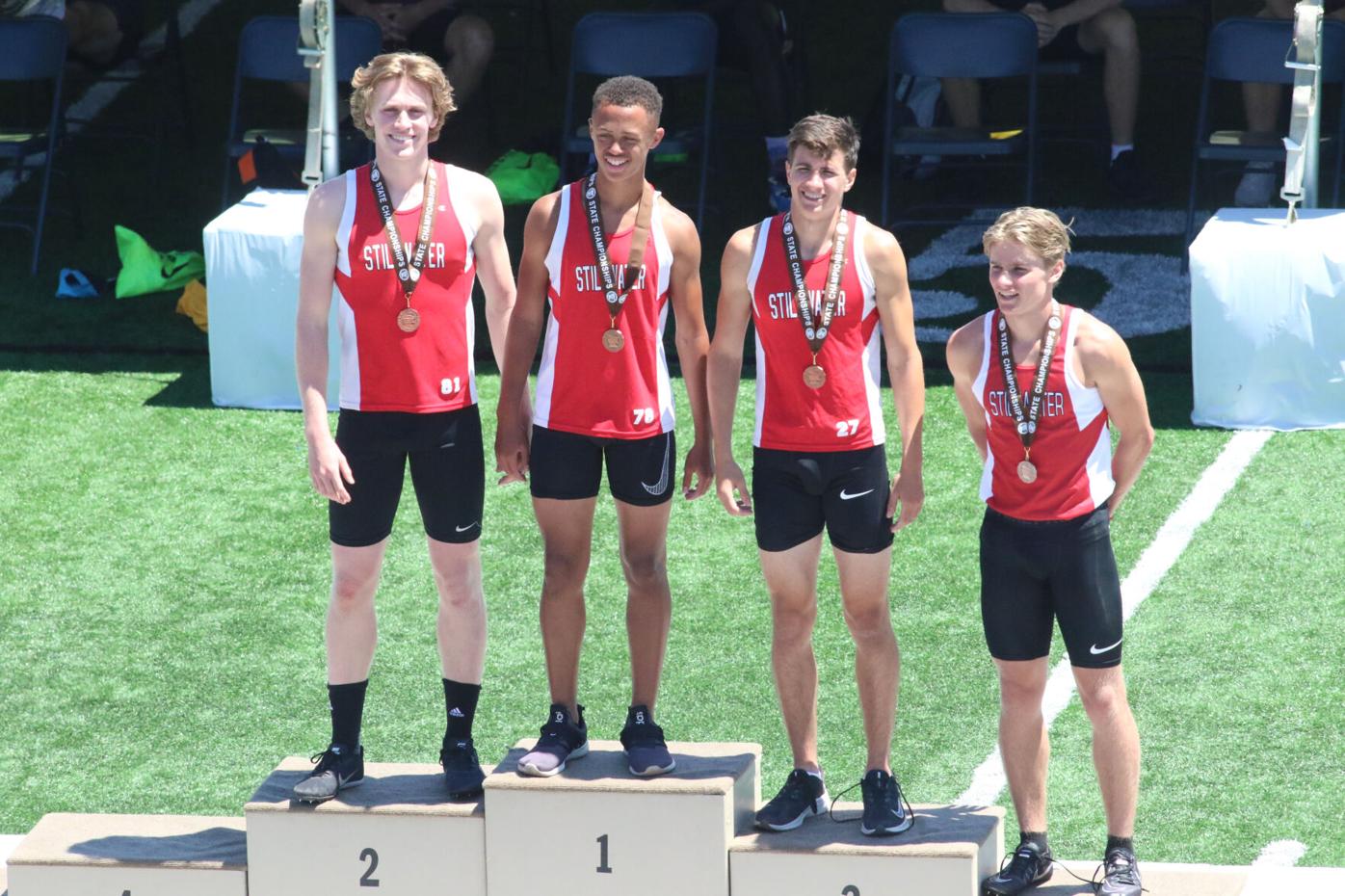 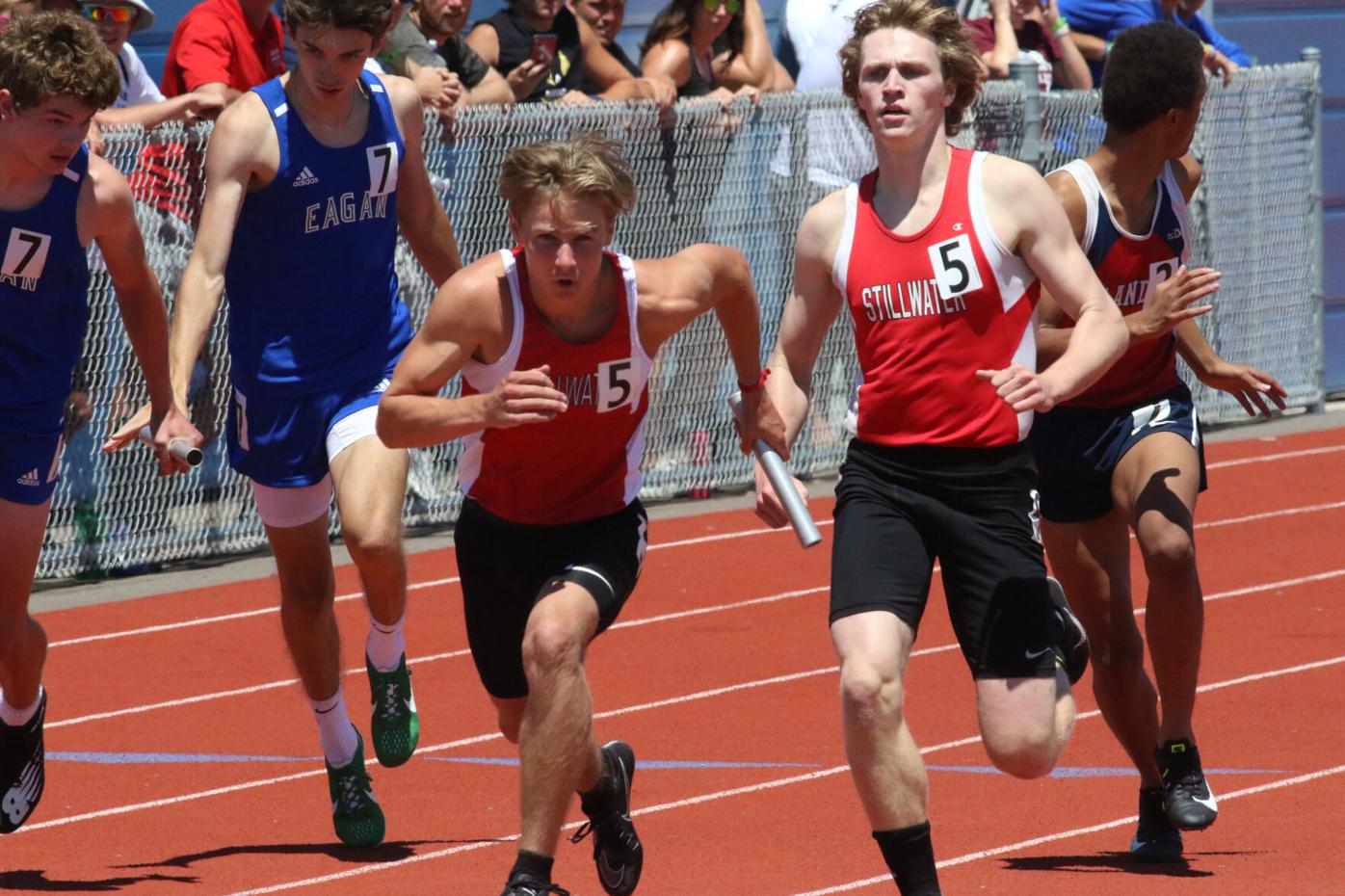 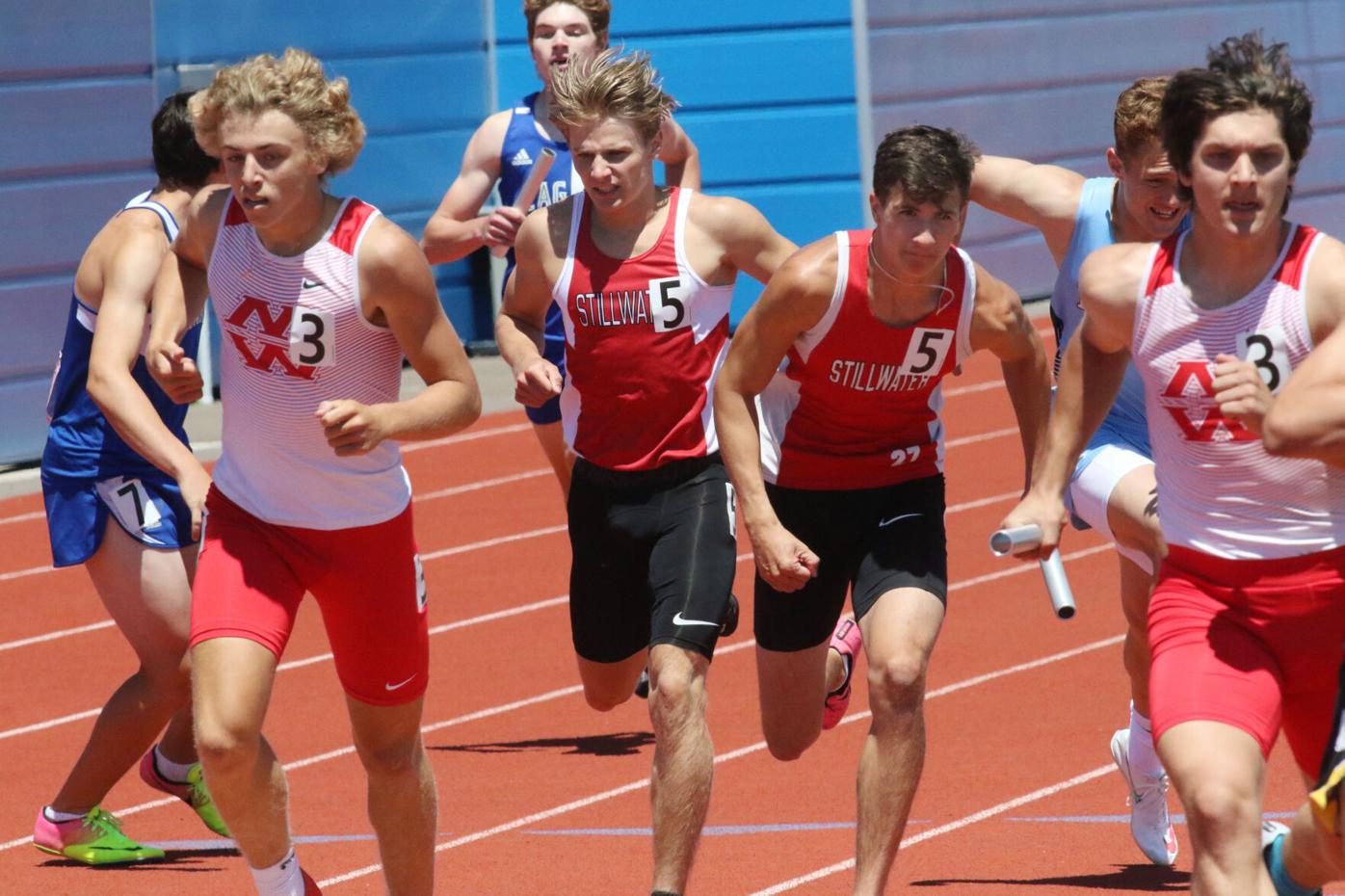 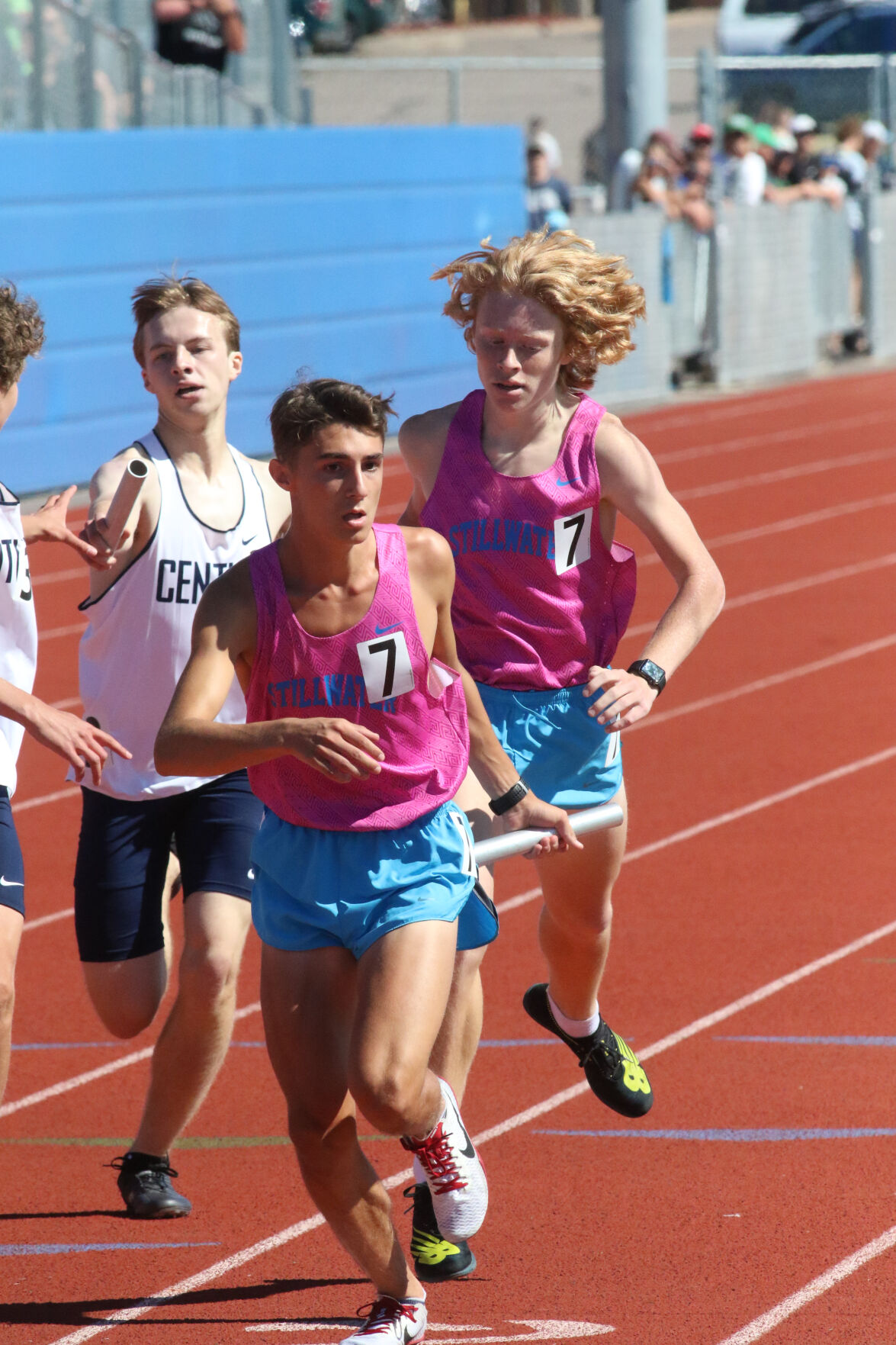 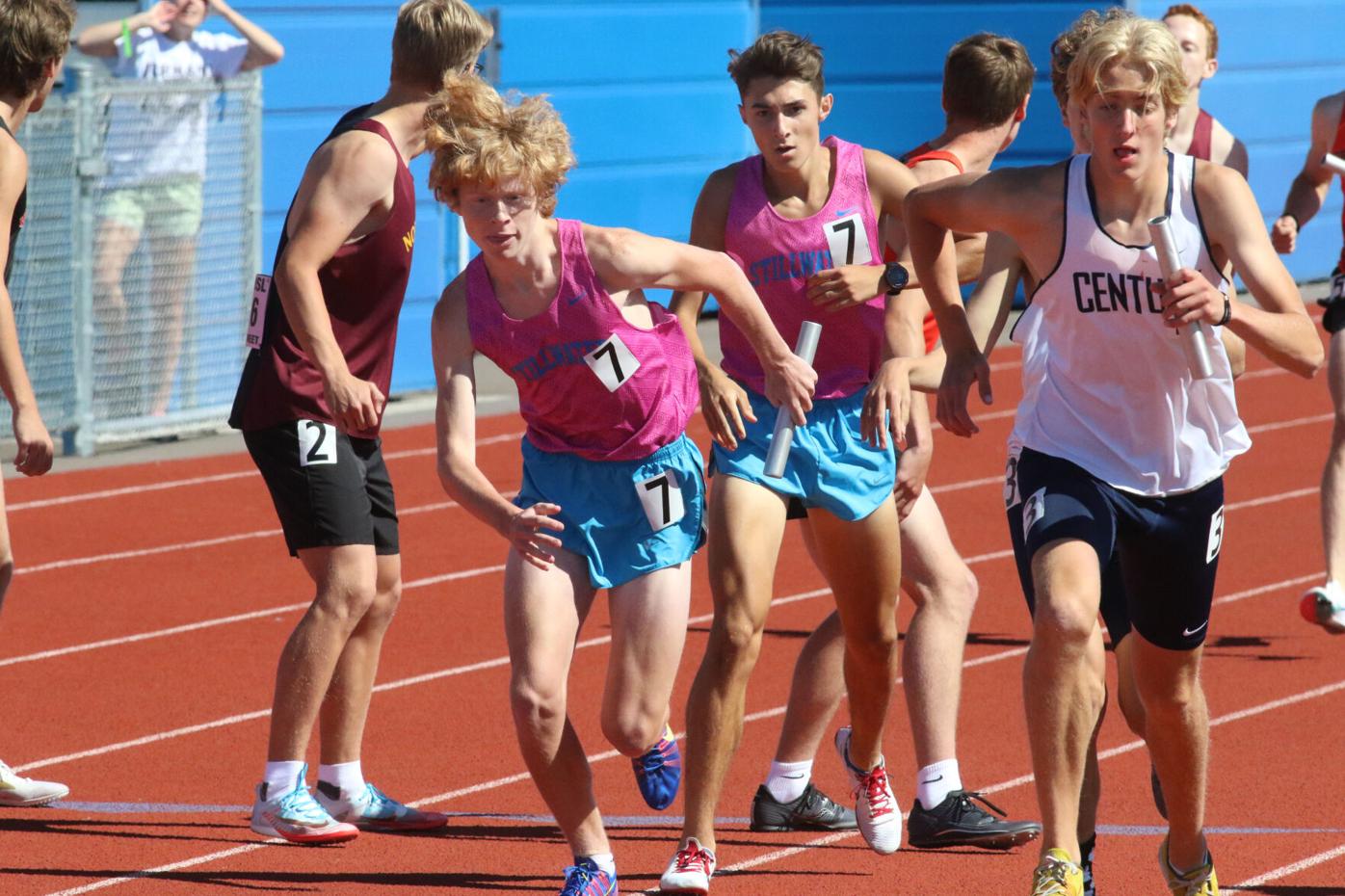 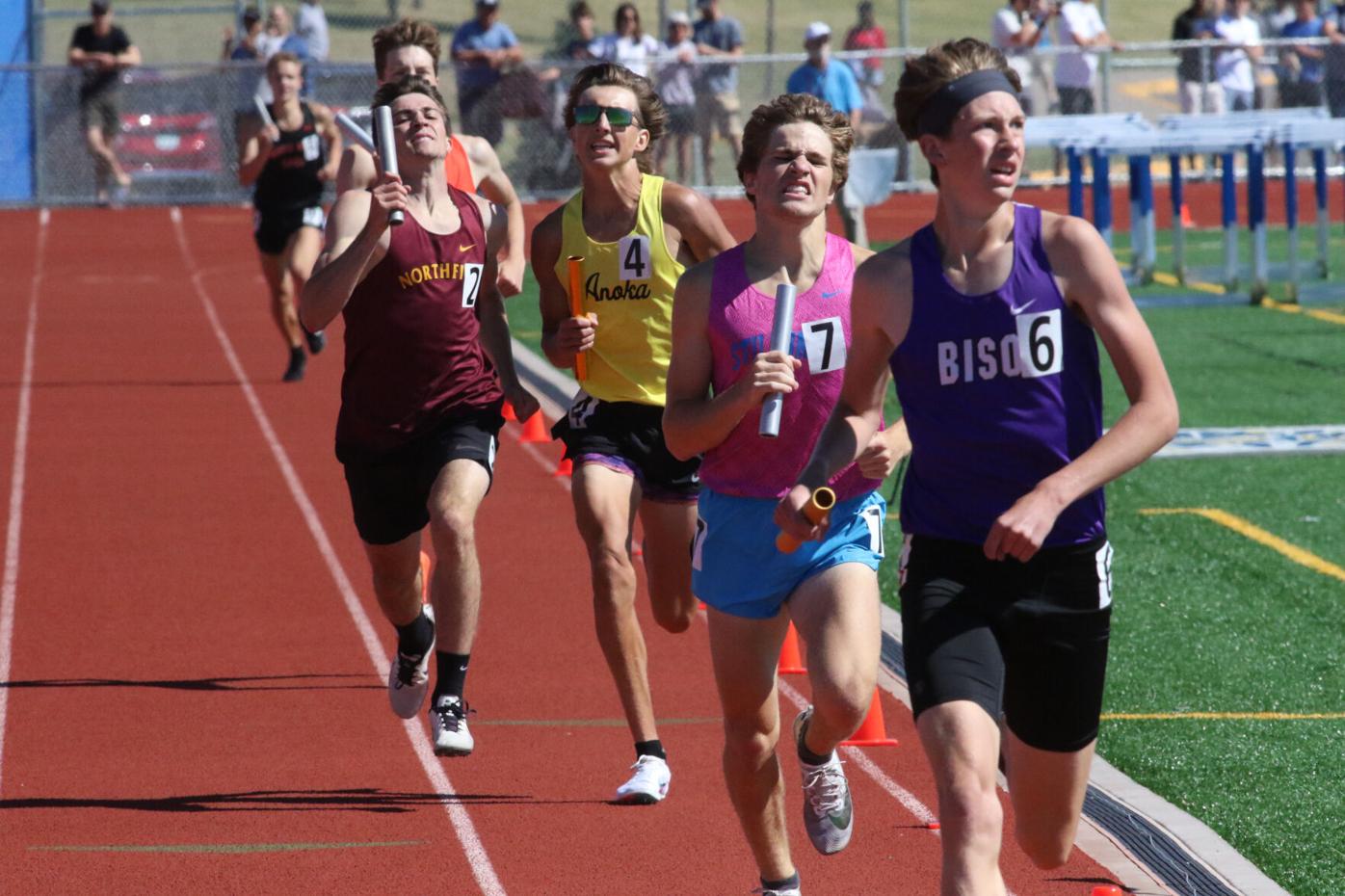 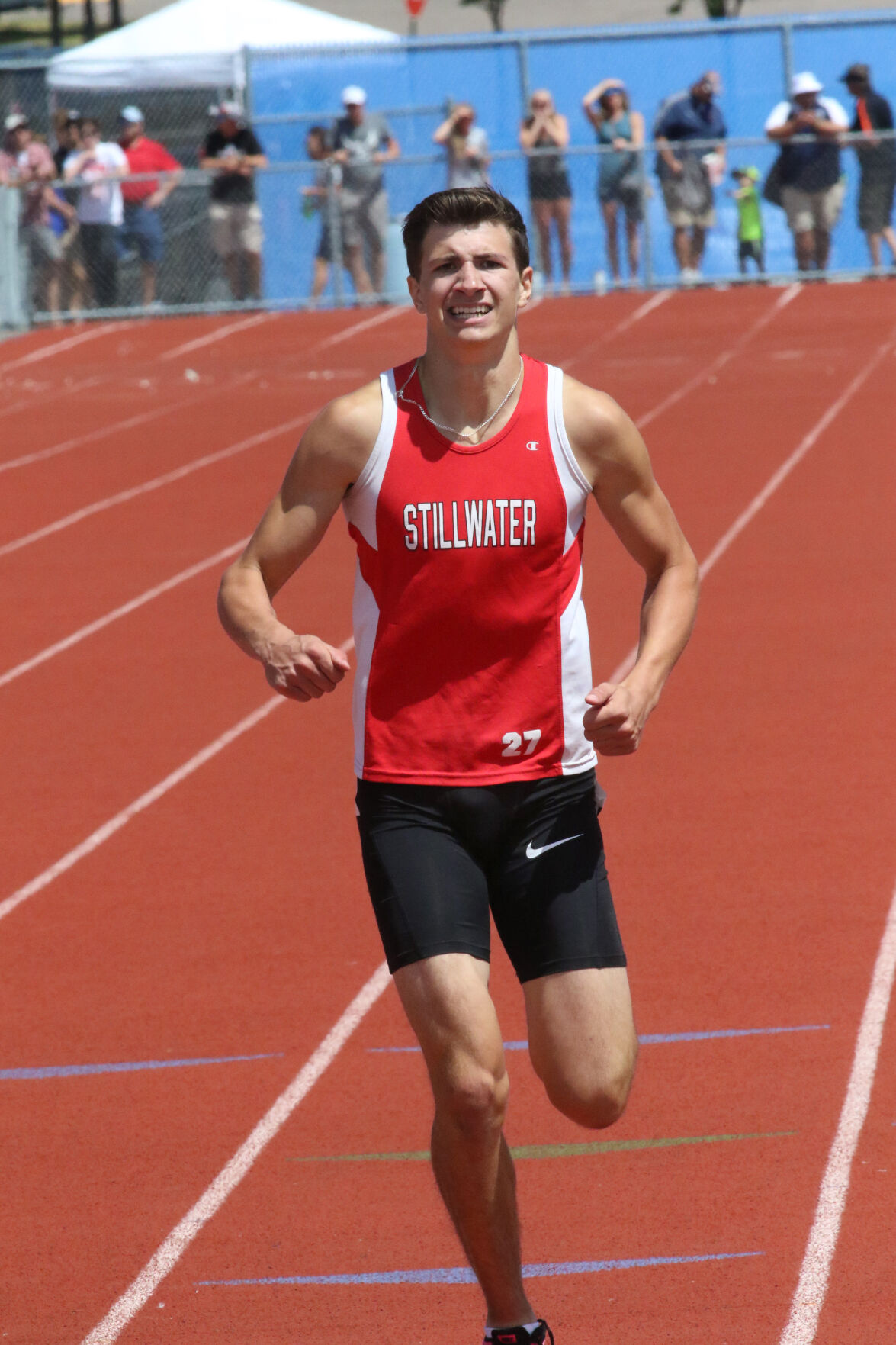 ST. MICHAEL — There were the typical hits and misses for the Stillwater boys track and field team while competing in the two-day Class AA state meet on June 17 and June 19 at St. Michael-Albertville High School.

The Ponies finished with five placewinners in individual events and relays during the event, led by senior distance runner Aiden Kilibarda’s third-place finish in the 1,600 meters.

Stillwater’s 10 state entries combined to finish with 15 points to finish in a tie for 24th place in the team standings. Rosemount, which already established itself as the state’s top team while winning True Team state several weeks earlier, claimed the MSHSL state title with 55 points. Hopkins (49) and Farmington (34) followed in second and third while Mounds View was fourth with 33 points.

“It was a good end to a good year for us,” Ponies coach Scott Christensen said. “I just want the kids to do the best they can in their own individual events. I quit worrying about team points at state 37 years ago when True Team state started. Whatever happens on Saturday has no bearing, I never give the team points a second thought.”

Kilibarda, who placed third in the equivalent of the state cross country meet last fall, delivered the top finish for the Ponies at state this spring in the 1,600 meters — and event Stillwater has enjoyed great success in over the years. The senior crossed the line in 4:18.72 to finish behind only Gabe Smit (4:15.96) of Prior Lake and Benjamin Scheller (4:17.76) of Chanhassen.

“Aiden Kilibarda ran great in the mile,” Christensen said. “I was hoping for state champion No. 8 and it didn’t happen, but he ended up running great and closed out the last part of the race in about what he’s capable of.”

Kilibarda missed his previous best time in the event by about three seconds — he ran 4:15.35 in the True Team alternative state meet at Rosemount on May 27 — but it was a good showing nonetheless. Christensen said there was no particular game plan for the race.

“You don’t ever use race plans with those kind of kids,” Christensen said. “A plan only works until you get hit in the face so we don’t have plans for these guys. It’s his fourth year and he was third in the state in cross country and he’s a section champ so it’s all intuitive. You have to move when you think it’s time — the plan is experience.”

Stillwater Jonathan Roux finished 12th in the same race with a time of 4:30.18. Each of the top eight finishers in the 1,600 meters were seniors.

Roux ran faster in both events at sections as part of a break-out season for the junior, who became the first Stillwater runner since Eli Krahn in 2016 to qualify for state in both the 1,600 and 3,200 in the same season.

“He tried hard, but it’s just different,” Christensen said. “In both races he was a little bit of a factor but just kind of faded away. Lots of sophomores and juniors will do that.”

Stillwater’s Ryan McDowell finished sixth in the triple jump with a distance of 43-1 1/2. The junior won the section meet with a distance of 44-4 1/2, which was the best among all qualifiers. William Heydt of Alexandria won the event with a jump of 45-4 1/2.

“He gave it his best,” Christensen said. “It would have bee nice to have a 45-footer, but he’s a junior. There’s a lot of things you can wish for, but he tried hard and it’s what he did.”

Stillwater also placed ninth in the 4x800 relay with Mason Vagle, Ryan Potter, Max Vagle and Will DeGonda finishing in a time of 8:08.71, a more than 10-second improvement from their time in the section meet.

“I knew we would do better,” Christensen said. “We were the only (section) that ran in 97-degree weather (on June 10) when we tried to qualify so I thought they would do better. When you take an 8:10 relay and it runs 8:20 (at sections) you knew they’d be better. They ran great.”

Mason ran a sub two-minute opening leg for the Ponies, who finished third in the first of two heats.

“Both Vagles had excellent races,” Christensen said. “They all ran well, but Mason and Max ran especially well.”

Senior William Stonehouse placed ninth for the Ponies in the pole vault after clearing 13-0, which was a full two feet higher than his winning height in the Section 4AA Meet. Jack Helmich of Wayzata won the event with a height of 14-6.

“Stonehouse had the best meet,” Christensen said. “He far exceeded not only what he had done, but how he looked. Vaulters are up and down, but he was on an upswing going into this meet.”

A technical event like the pole vault was even more challenging this season because of the lost season a year ago due to COVID-19, but it was a strong event all season for the Ponies and Stonehouse achieved even more after an equipment upgrade.

“We don’t have his pole and haven’t had his pole or the $700 to find a new pole,” Christensen said. “(Assistant coach) Ben (Straka) found a pole for him to use in the big meets towards the end of the year.”

Stillwater featured two state qualifiers in the 400 meters. Freshman Soel Riser placed 14th in a time of 52.57. Junior Thomas Rosengren was poised for an even higher finish, but he was disqualified.

“He just ran on the line on one of the curves,” Christensen said. “It’s like dropping the football or missing a shot, just a mental error.”

Junior Justin Fretag placed 10th in the shot put for the Ponies with a distance of 49- 1/2. Sophomore Charley Gleason qualified in the discus, but was a scratch for the state meet.

Christensen was pleased with the season and its conclusion. There was plenty of uncertainty following last year’s canceled season and limits and protocols that extended well into this season.

“It was a good season and we did what we wanted to do,” Christensen said. “From the team end of things, I feel the same thing about track as I did about cross country. The kids went through a lot, but they competed hard and put up with a lot of crap and I think they handled it better than most adults. I’m super happy with that side of things.”

The state meet — the last before the MSHSL’s expansion to included three classes for track in 2022 — was also slightly different because it used timed finals without prelims for all events on the track.

“I absolutely loved it. I’m hoping we never go back,” Christensen said. “We don’t need 10- to 12-hour track meets. How long is a football game, a basketball game or baseball game, two-and-a-half or three hours? I hope it never goes back. We don’t need kids to race six times over two days.”