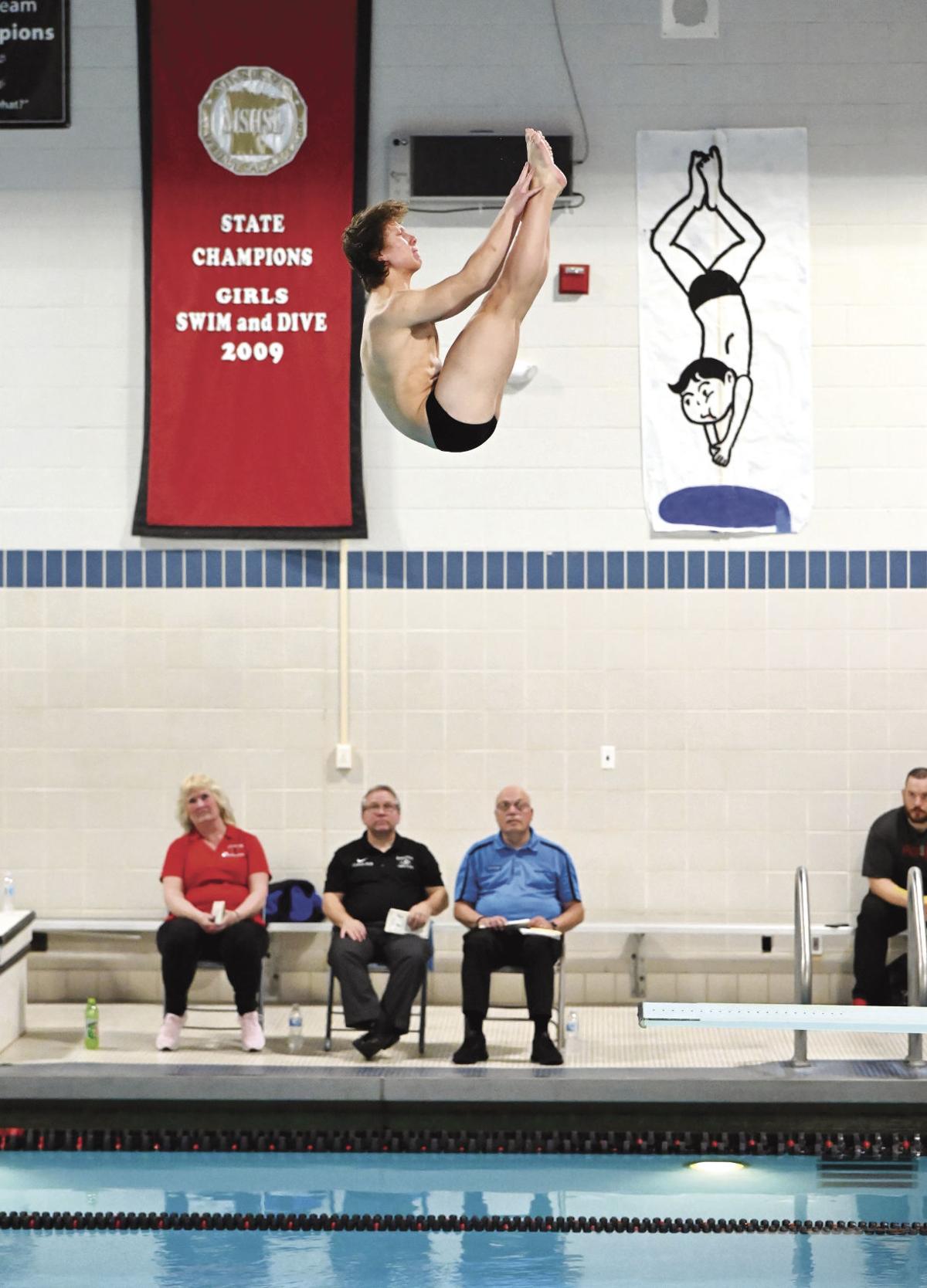 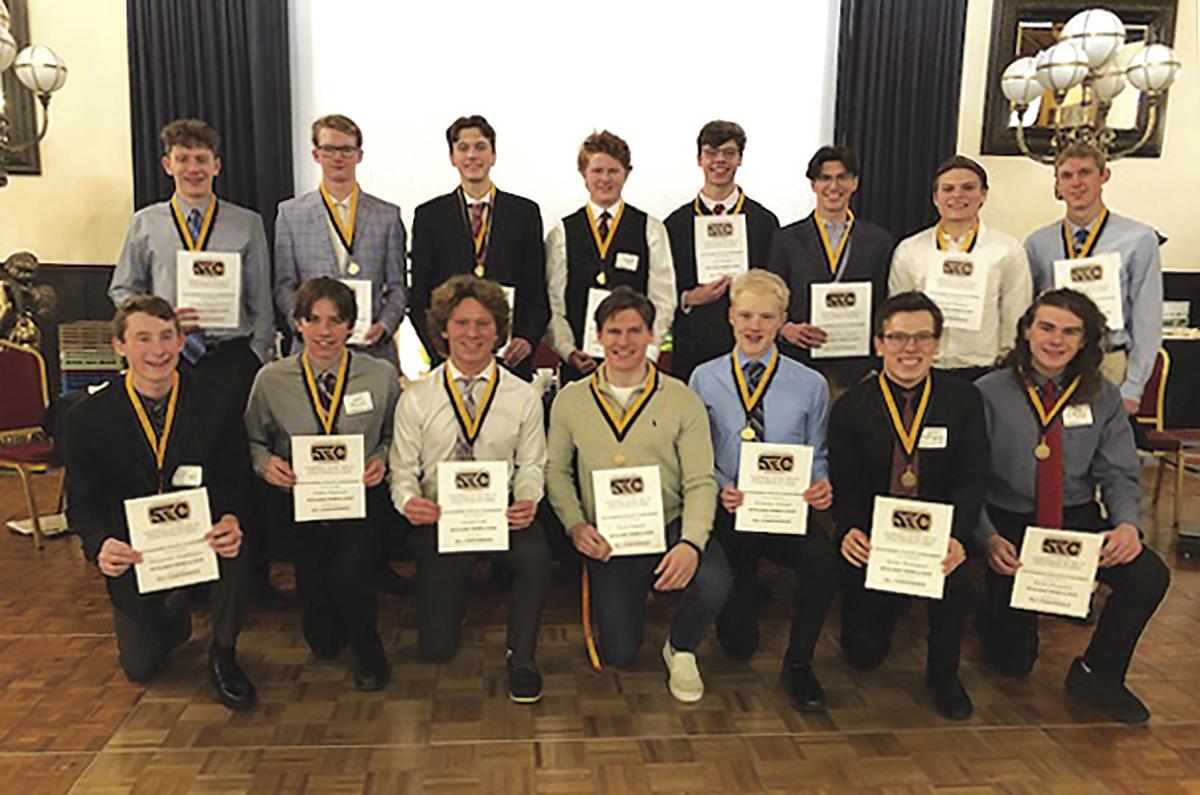 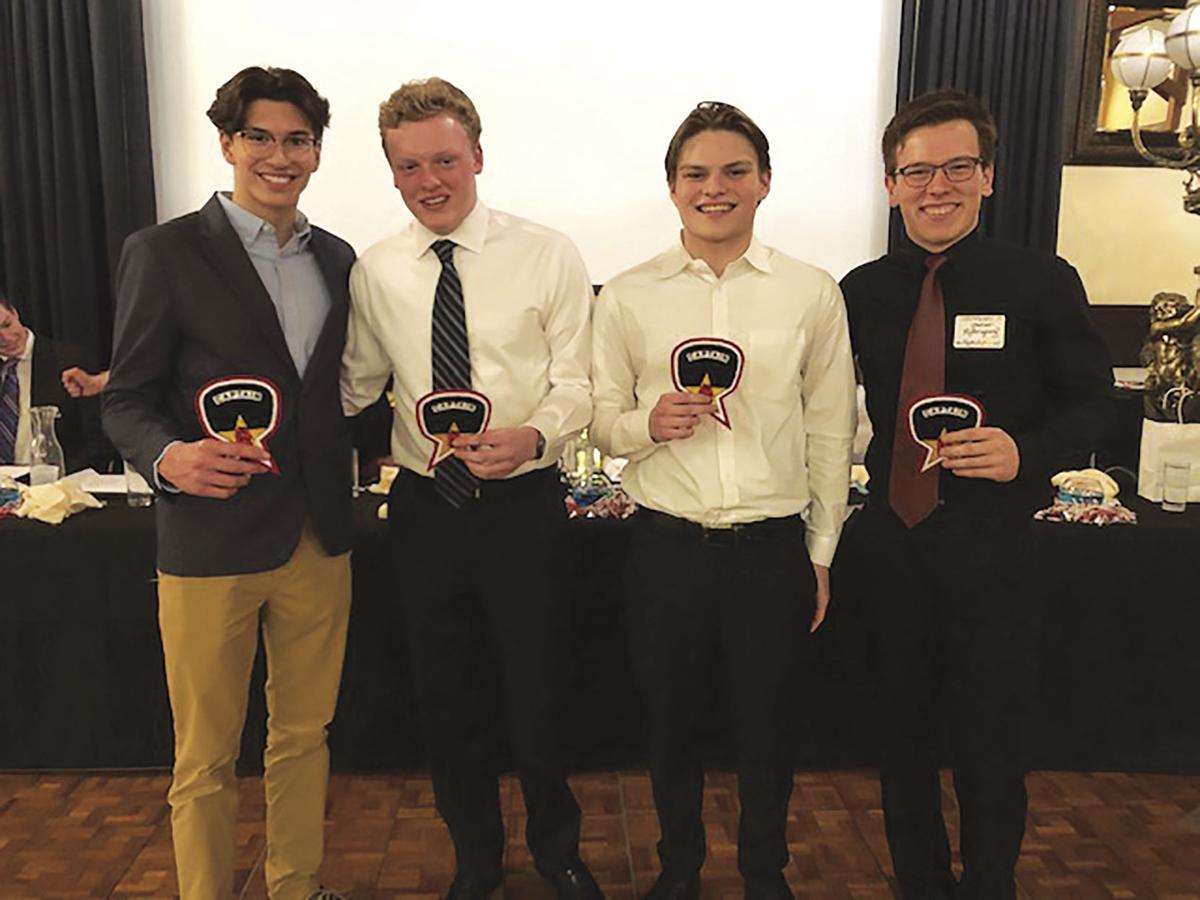 Chosen to serve as captains for next year's team are, from from left, Aidan Bloomquist, Keegan Kogl, Brodie Watson and Javier Rodriguez. 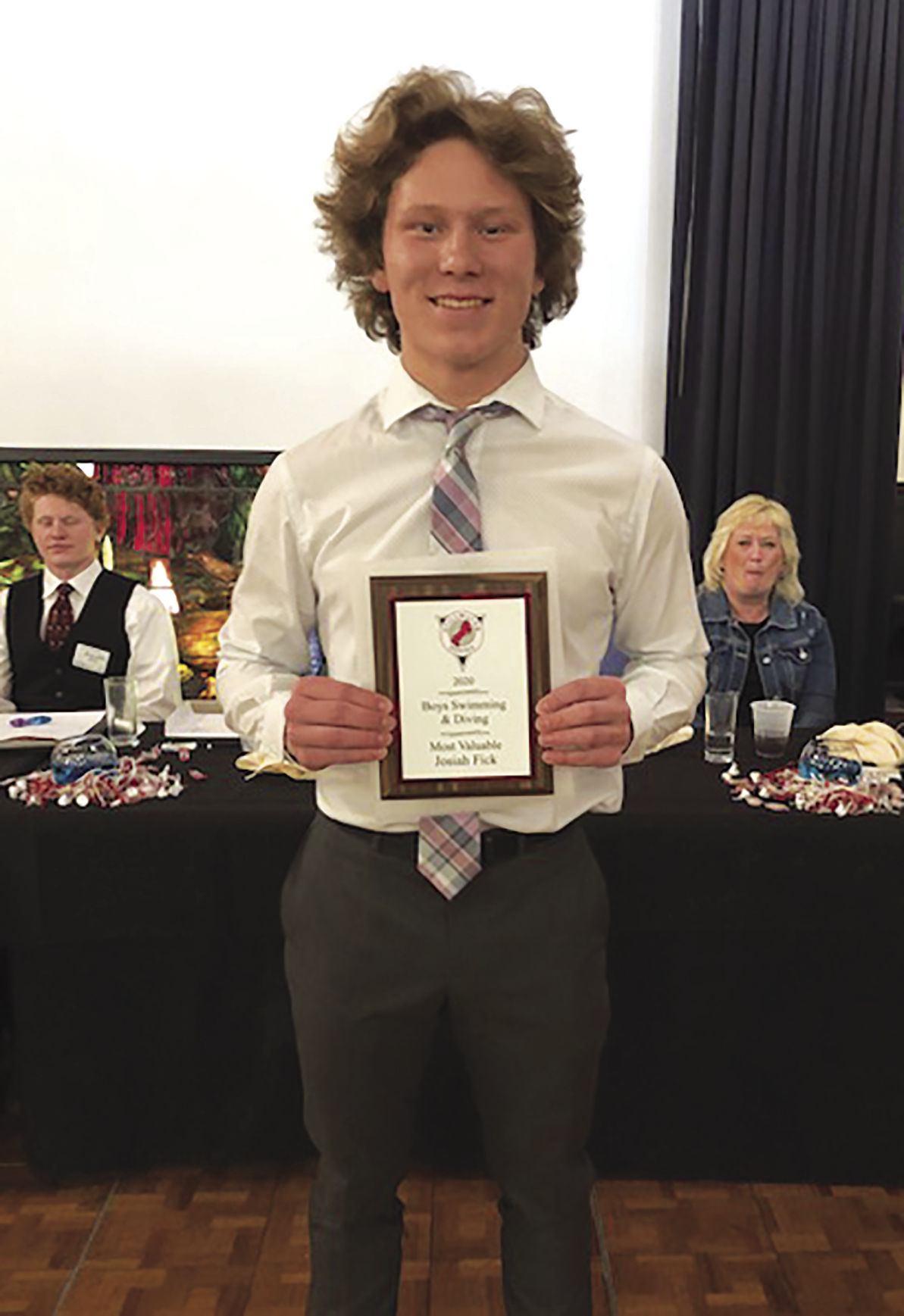 Chosen to serve as captains for next year's team are, from from left, Aidan Bloomquist, Keegan Kogl, Brodie Watson and Javier Rodriguez.

Senior Josiah Fick was honored as the Most Valuable Athlete for the Stillwater boys swimming and diving team at its annual postseason awards banquet on Sunday, March 1 at The Grand Ballroom in downtown Stillwwater.

Fick overcame a back injury that hampered him the second half of the season to capture his second straight individual state championship in diving.

They helped lead the Ponies to a 9-0 record to claim the program’s sixth straight league championship, running the team’s dual meet winning streak to 55 in a row dating back to the 2013-14 season. Stillwater also collected its ninth consecutive Section 4AA title, which was the team’s 12th in the past 13 years, before placing 11th at the MSHSL state meet.

The Ponies also placed fourth at the True Team state meet, the 15th time in 16 years they have qualified for that event.

A total of 10 Ponies qualified for the MSHSL state meet, covering 10 of 12 events and a total of 13 entries — including all three relays. In addition to Fick, Bloomquist, Watson, Ciegler and Hammerlund also earned all-state honors after placing seventh in the 400 freestyle relay.

Not surprisingly, Fick was named the Section 4AA Diver of the Year and coach Carrie Madline was chosen the section’s Diving Coach of the Year.

Madline has now coached four individual state champions who have totaled seven titles when you include Schmidt and gold medalists from the girls team Maggie Keefer (2008 and 2009) and Liz Click (2014).

Stillwater will graduate seven outstanding seniors from this year’s squad, but captured the program’s ninth straight JV conference championship — and 20th in the last 23 years.

Also announced at the banquet is that Bloomquist, Watson, Rodriguez and Keegan Kogl will serve as captains for next year’s team.