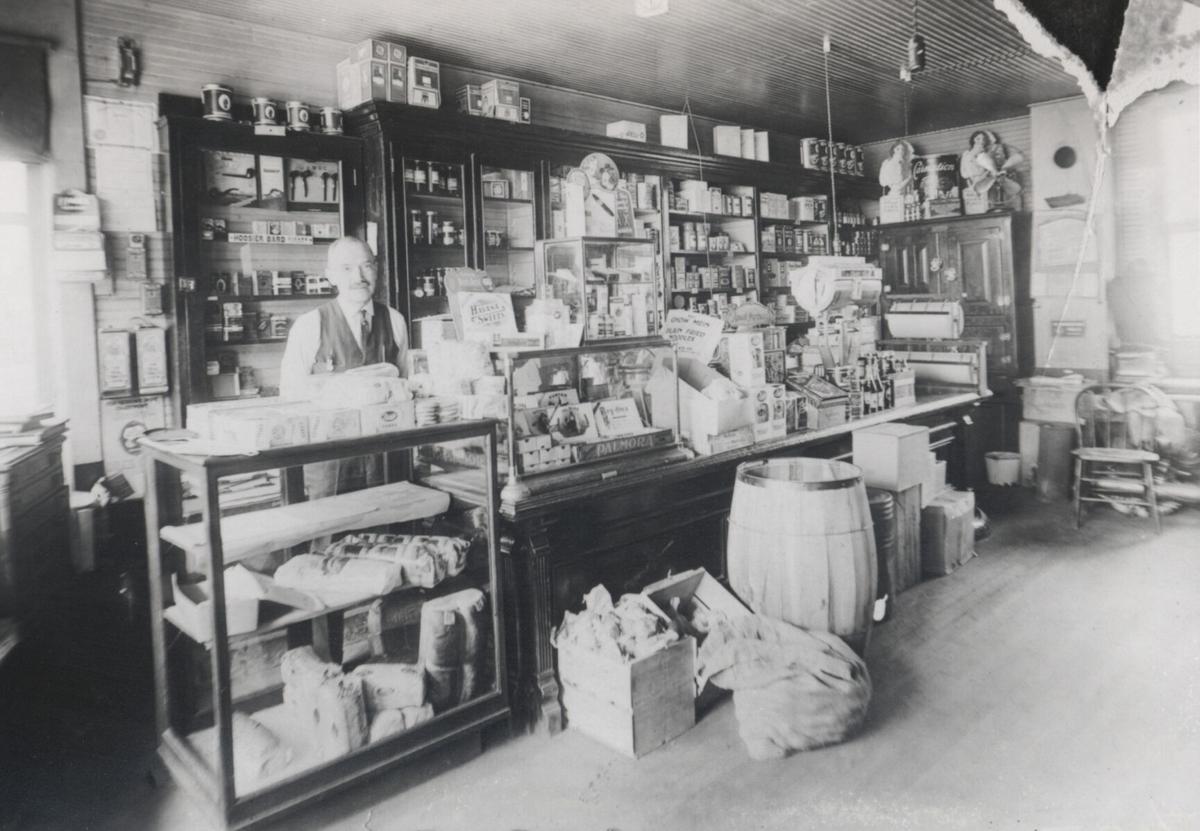 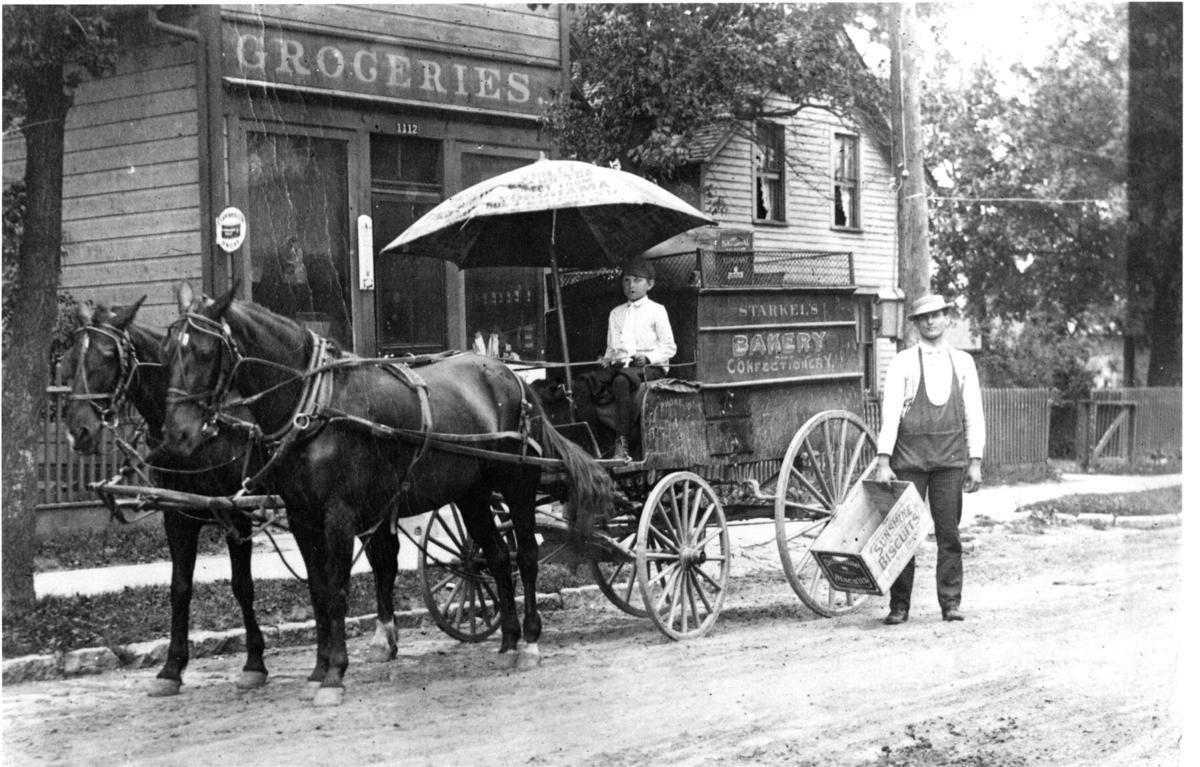 Many of the early groceries in Stillwater were connected to the lumber companies. Since most of these companies paid the workers in “company script” or money that could only be used in the company store, that is where the workers went to do their shopping. Such companies as Hersey, Bean & Brown, C.N. Nelson & Co., Schulenburg, Boeckler & Co., and Isaac Staples had such policies but also welcomed outside business. In a May, 1880 issue of the “Stillwater Lumberman” newspaper article describes local grocers in town and included the previously listed companies as well as Bronson & Folsom, Joseph Schupp, J. Lowell, A.C. Hospes and John N. Darms.

One store at 807 N. Fourth St. was remembered as the Peterson & Berglund store. Carl E. Peterson and Carl Berglund operated the store for many years. Berglund after graduating from the Northwestern Business College in 1898 started his career in the grocery business with A.E. Edholm. In November 1903, Berglund and Peterson partnered and started in the grocery business. They also ran the Cash Trading Company at 106 N. Main St. In 1936, the partnership was dissolved with Berglund taking the store on North Fourth Street and Peterson the store on Main Street.

At 603 West Churchill St. there was the Pat White Grocery Store for many years. White, along with his wife Virginia, purchased the store in 1944 from Walter Nelson. The White’s raised their five children while operating the store. The store closed in 1969 and the family took over the rest of the structure as their living quarters. Pat White died in 1990, and Virginia sold the building in 1992.

At the junction of Olive and Greeley Streets there is a little store, which is more known for its ice cream than groceries. In the early days, it was known as the Seven Corner’s Grocery and John Lustig operated it. It was in the early 1920s that Lustig took over the store, but the owners of the building were the Nelson family. Lustig not only operated the store, but also ran a restaurant on Main Street called the Lustig Buffet. After Lustig’s death in December 1947, Art Nelson operated the store.

Anther neighborhood store on Greeley Street was the Felix Grocery and Radio repair shop. Canton Felix opened the store in 1946, but the building and store go back to the 1880s. After the Felix store closed, the building became home to Valley Pre-school, which still occupies the site.

The one neighborhood grocery store still open today is Len’s Family Foods at the corner of Myrtle and Owens streets. This store dates back to about 1900, and in 1924 Clinton Carlson and Oscar Olson were the proprietors of the business.

The store became the M & M Superette and was purchased by Willard and Harold Zolldan, who moved their business from downtown Stillwater. The Zolldan’s operated the business until 1975 when they sold the store to Lloyd and Betty Girod. In 1980, there was a fire in the upper floors of the building which later had to be removed. In January 1995 the store was sold to Leonard Nelson who now operates the store as “Len’s Family Foods.”

There were, of course, many other neighborhood stores. Some of them being the Gelhar store on Sixth Avenue; Leys store at Second & Hancock; John Burns on South Third; Walter Johnson on South Third; Kearney at the corner of Fourth and Churchill; Eichten on West Olive; Percy Sherrard on North William; Marlowe on North Owen; Robinson on West Laurel; Ray Hoehne on North Fourth Street; Mary Stenzel on East Hazel; and South Hill Hooleys on South Fourth Street. These are not all of the neighborhood stores, but only a sample.

As the times have changed and we all end up doing our grocery shopping at the large, box warehouse supermarkets, sometimes the thought of a short walk to the neighborhood grocery is just what we would like. Those days are nearly gone, another chapter of a communities history only to be read about in the pages of a history book.