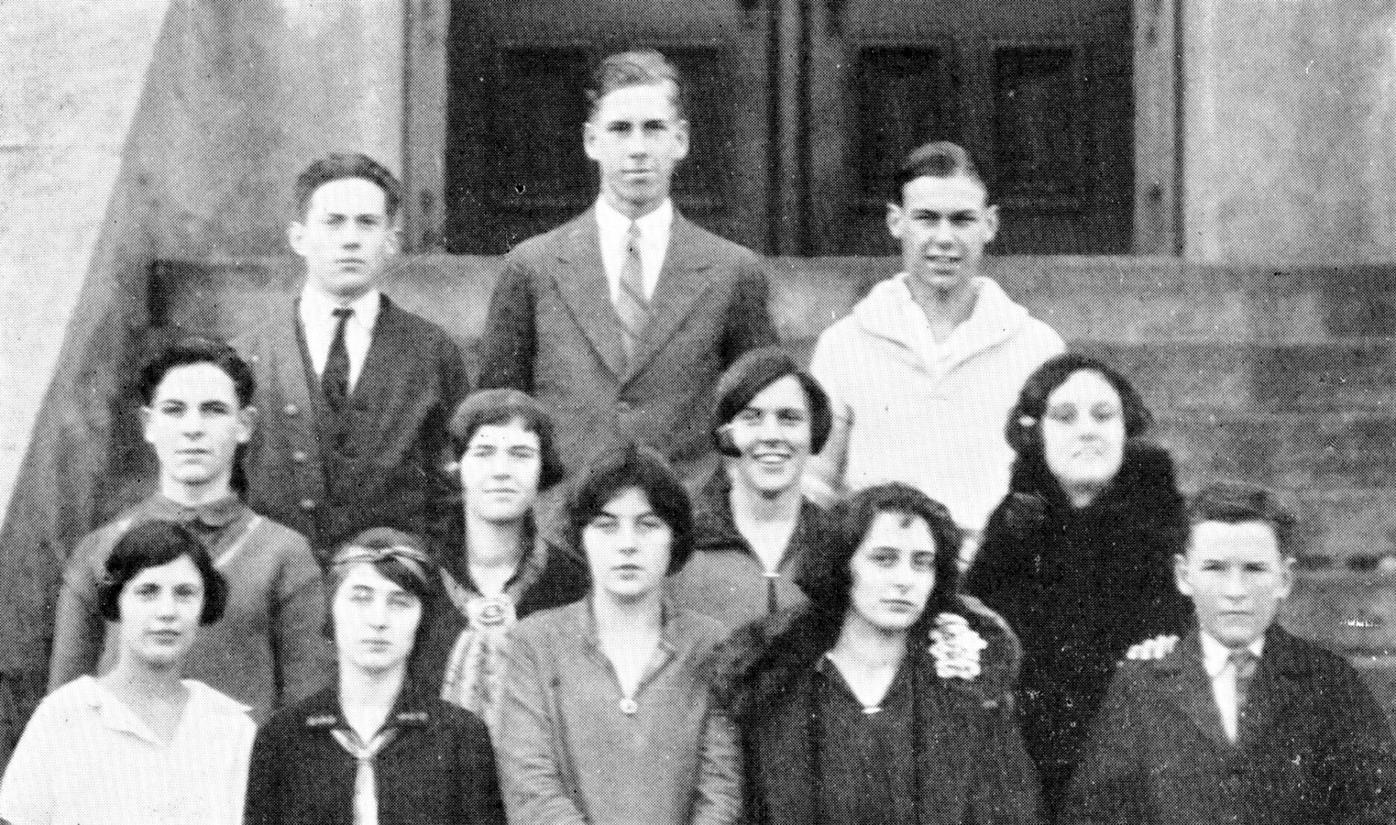 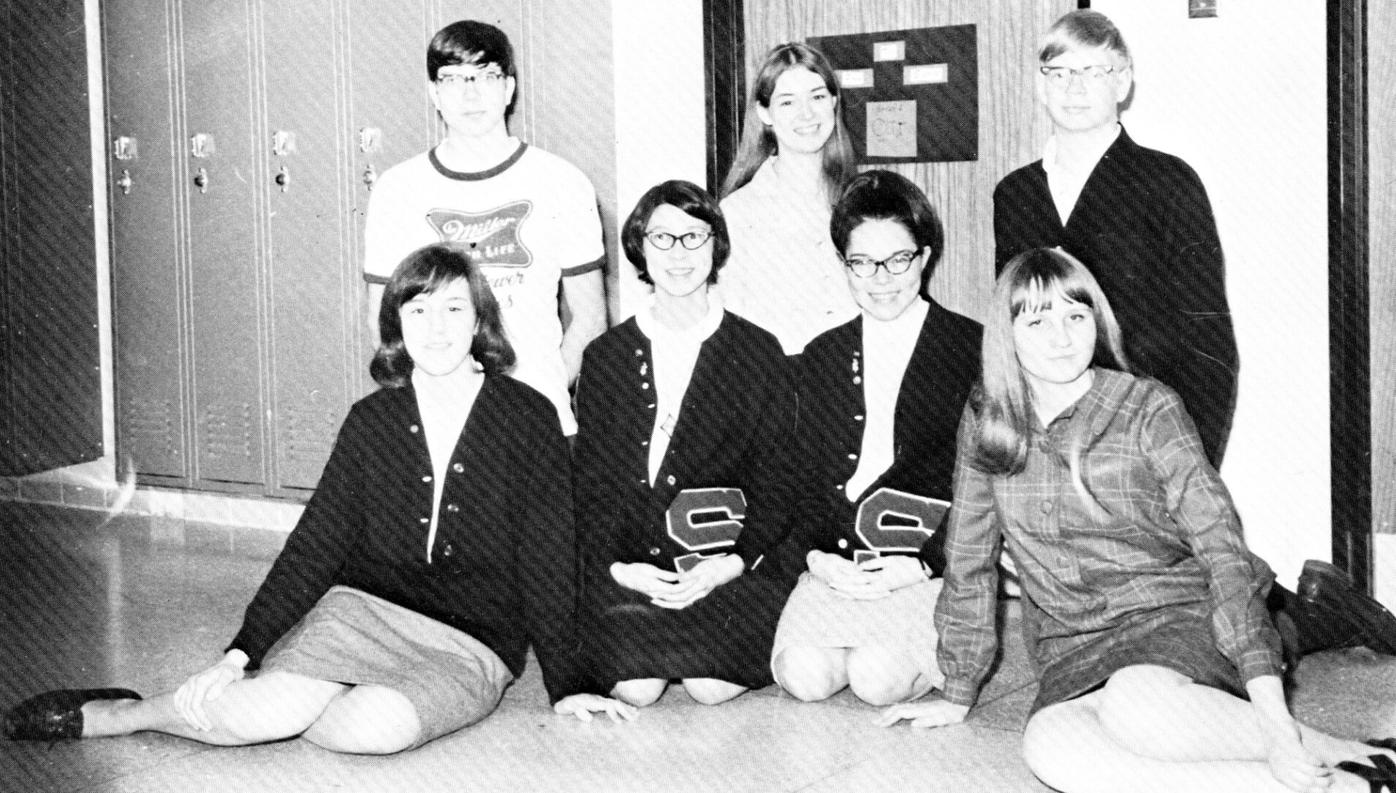 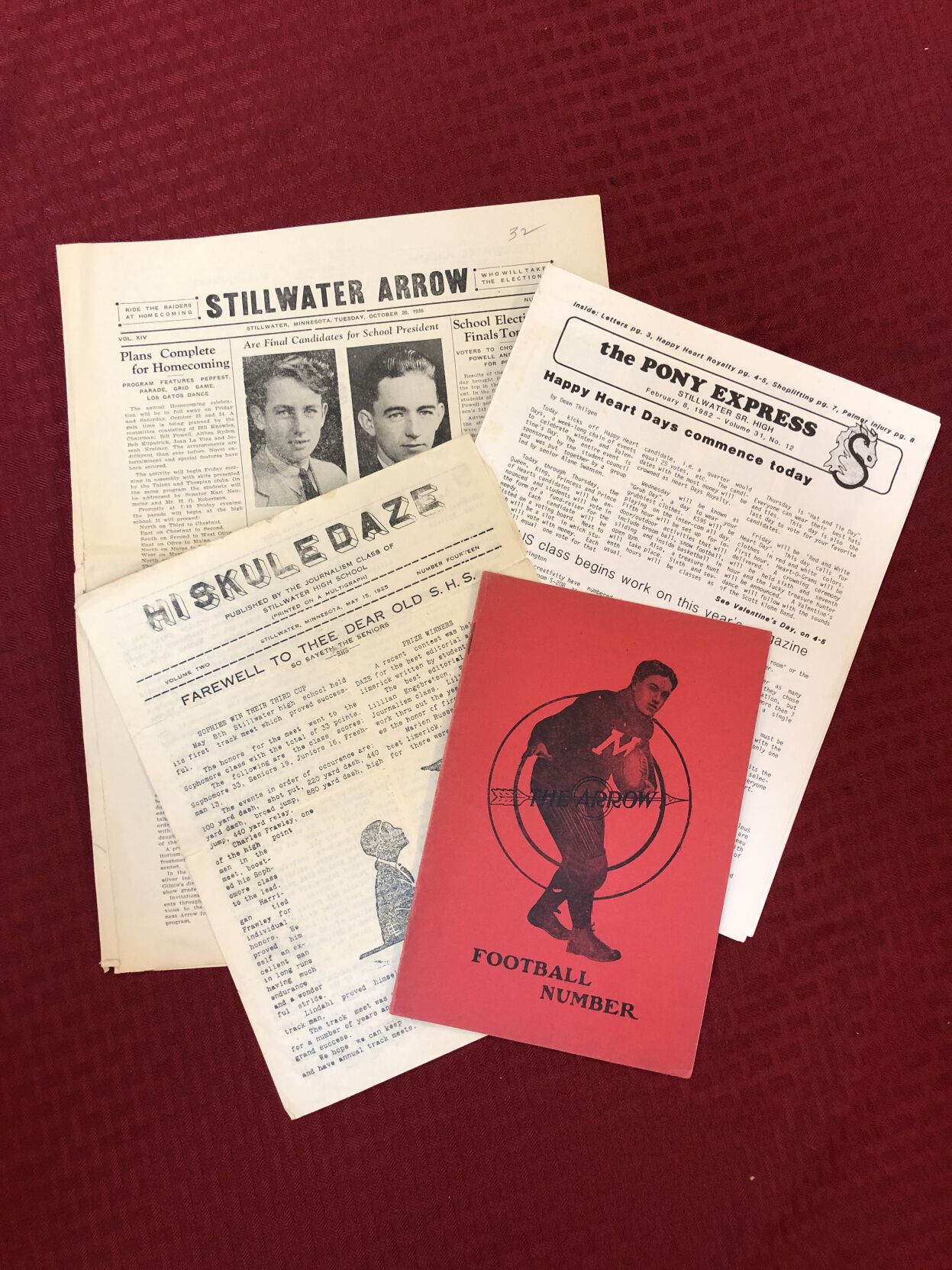 One of the long standing publications at the Stillwater Area High School is the newspaper. The paper, called “The Pony Express,” gives the students the news eight times each school year. The paper has been around longer than many people might think the first issue, then known as the “Arrow,” was published in fall 1906.

The first editor of the small newspaper was Karl Neumeier, son of local newspaper man Frederick Neumeier. According to the “Stillwater Messenger” of Nov. 17, 1906, “The first issue of the ‘Arrow,’ the new publication of the Stillwater High School students, was issued last week and reflects much credit upon the managing editor Karl Neumeier.”

Among others on that first staff included Edward Thelen, Reuben Thoreen, Nathalia Krueger, Ruth Wilson, Hazel Borrowman, Florence Foley and Russell Underhill. The new paper of the school would have columns concerning sports, literary items that were submitted by the students and even a section dedicated to SHS.

The “Arrow” was published eight times each year in which issues were dedicated to homecoming, Christmas, graduation and even to George Washington and Abraham Lincoln. After five years the newspaper ceased publication for nearly a decade — coming back in the early 1920s under a different name.

In the fall of 1923 the students of the SHS restarted the newspaper. The principal at the time, J. Oscar Johnson, had a multigraph machine installed in the biology room. The name of this paper became “Broad-Casting Station S.H.S.” as the radio was gaining in popularity.

The editor was Charles Salmore. The following year, the paper name was changed to “Hi Skule Daze,” and this continued for the next two years, producing 14 issues each year. Credit for the improvement of the student newspaper was given to Rolland Stoebe, the editor in chief of the first issues of the “Hi Skule Daze” paper by the 1927 Kabekonian, the annual for the High School. Credit was also given to George Wojahn.

“Except for the single mishap of spilling all the type on the floor, and the ruination of the disposition of those sufferers who picked it up, the year rolled by quite peacefully,” exclaimed the Kabekonian.

In the fall of 1925, the SHS Class of 1926 decided to change the name of the paper back to the “Arrow.” It was Florence Hurley and Alex Mackey who oversaw the production of the newspaper for that year.

The paper continued to be published 14 times each year with students dedicating themselves to the “accurate record of all the school activities of the year.”

Class of 1955 made the last name change to the high

They christened the newspaper the “Pony Express,” and, according to the 1955 Kabekonian, “the new name, hard to get used to at first, was generally accepted later on.”

The criticism of the new name became apparent right away. The staff of the paper decided to put the name to a vote, and with 226 in favor of the new name and 158 against, the name “Pony Express” stayed.

There were more changes made that year according to the yearbook, “besides changing the name, the paper itself was changed to a smaller, but just as inclusive issue coming out every two weeks.”

“The Pony Express” continues to be published today as one of the most respected school newspapers in Minnesota.

The paper has changed in size and in number of issues published over the years, but the students who work on the newspaper have the same dedication as those students who worked on the paper more than 100 years ago.

According to the newspaper people in the 1927 Kabekonian, “Our very best has been put into this paper and we sincerely hope that we have attained at least in part our purpose and have lived up to our motto: Scholarship, Honor, Sportsmanship.”

The Washington County Historical Society is hoping to find a complete collection of all the past issues of the high school newspaper.

The Historical Society has older issues but is in need of back issues to fill out the paper’s entire history.