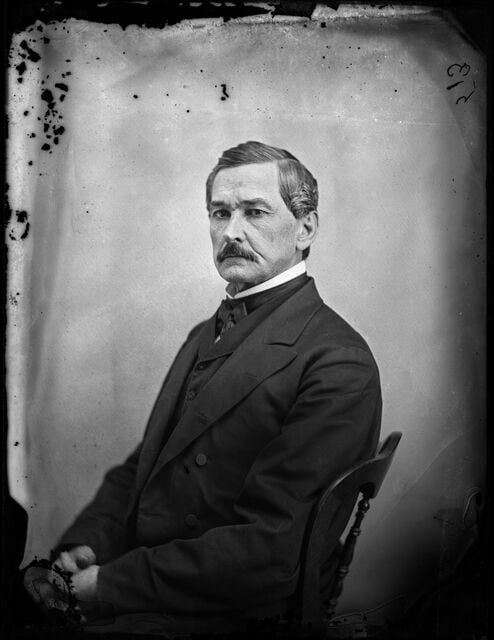 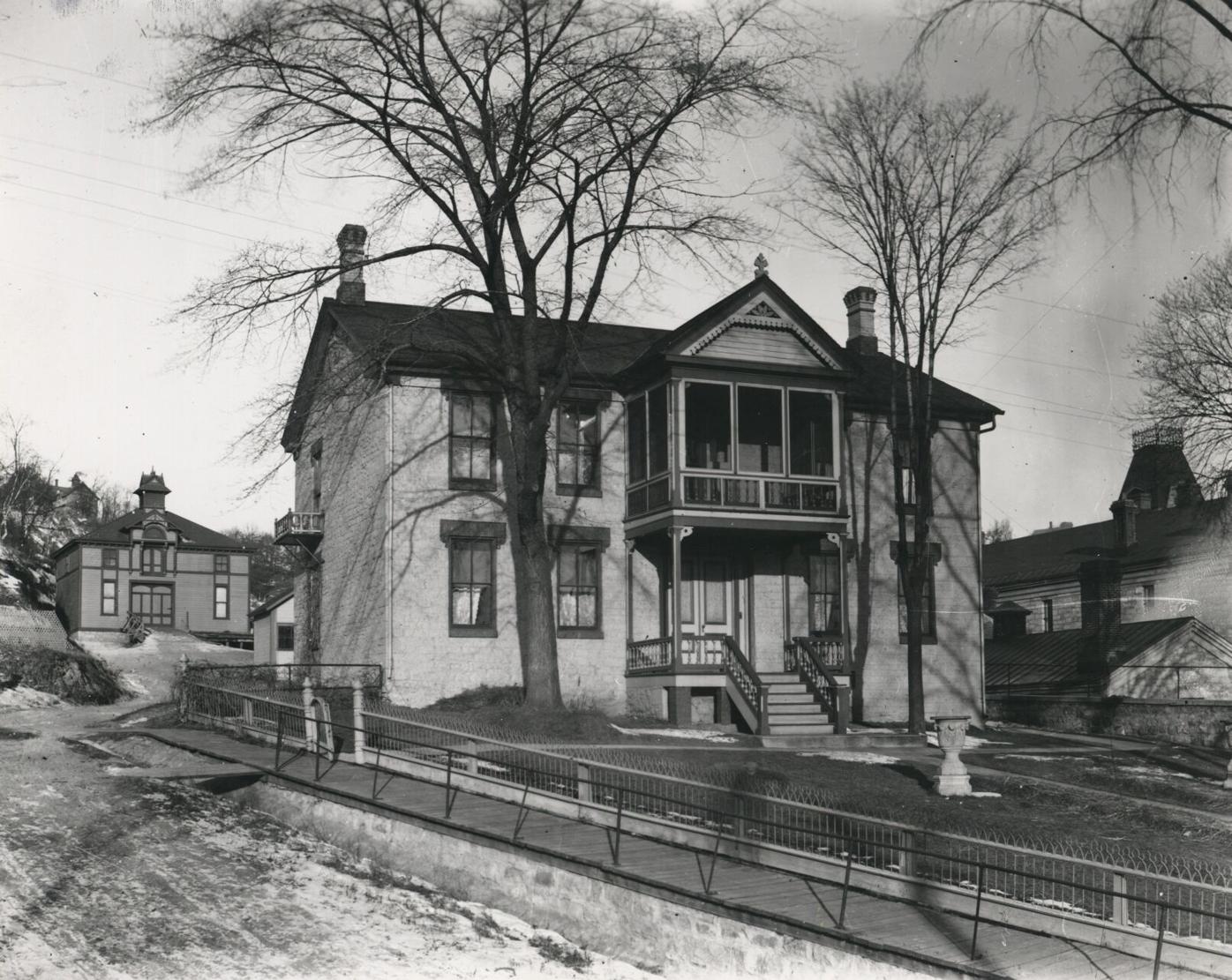 The Stillwater Prison Warden’s House photographed sometime around 1890. A prisoner who was once locked out of the prison slept on the Warden’s doorstep one night. 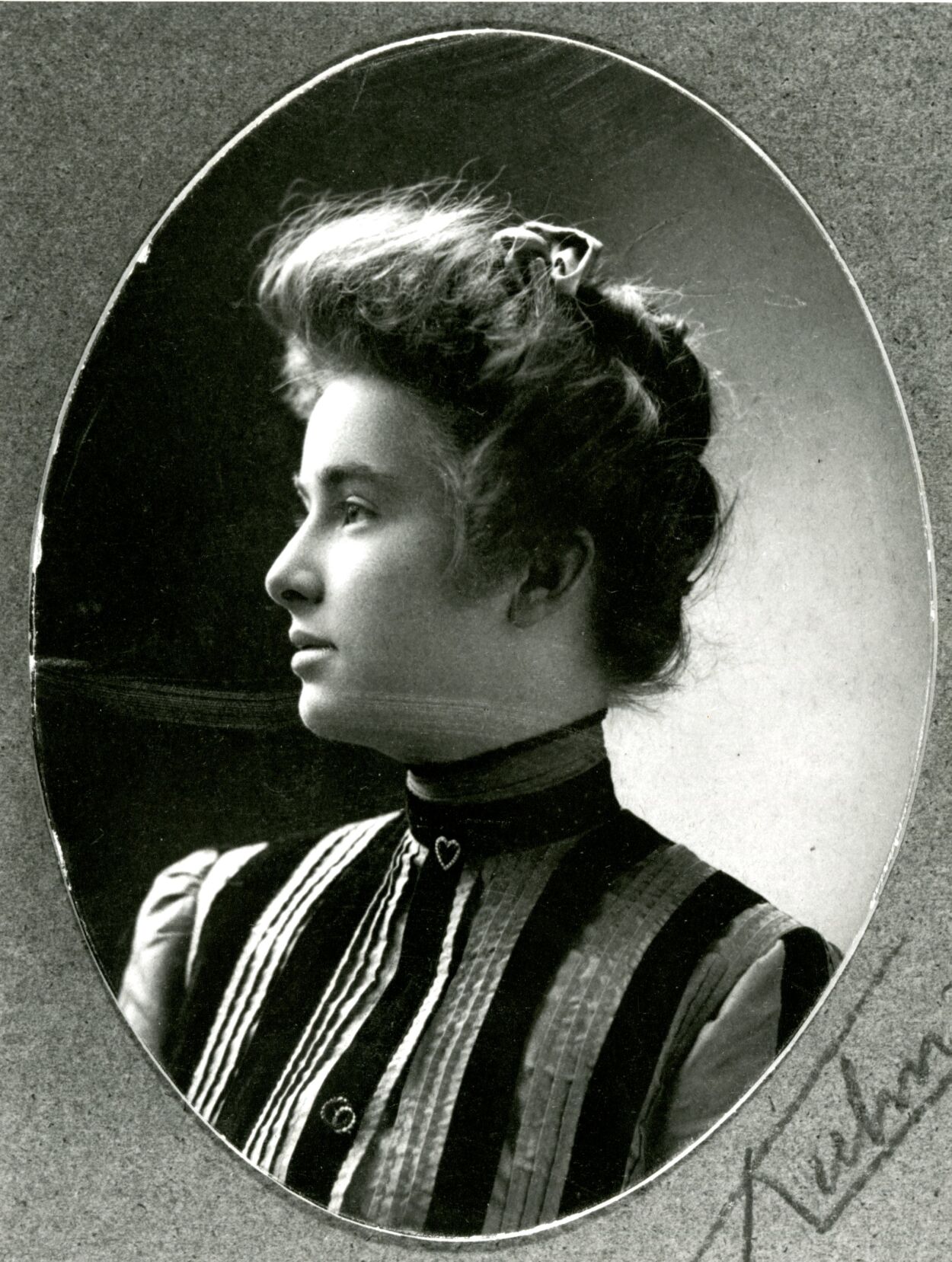 Some people believe the spirit that roams the upstairs of the Warden’s House is that of Gertrude.

The Stillwater Prison Warden’s House photographed sometime around 1890. A prisoner who was once locked out of the prison slept on the Warden’s doorstep one night.

Some people believe the spirit that roams the upstairs of the Warden’s House is that of Gertrude.

October is the month of the telling of tall tales and those of the appearances of ghosts and goblins around the area. There are many ghost stories in Stillwater – some may call them “tales,” but they are still in the fabric of our history.

One of the most talked about places in these stories is the old Stillwater Prison on north Main Street. Today it is a quiet condominium compound, but in the 19th and early 20th century, some

of the most notorious criminals in the nation resided there.

In a 1903 article published about the Stillwater Penitentiary, there was the story of the first convict to ever be held in the prison. The prison opened in 1853 but no convicts were received until the following year, and that being only one.

The first convict at the prison was a Black man who was convicted of horse stealing. As the only convict in the prison, time went by slowly so the warden, Francis Delano, gave the inmate a saw and had him go outside the prison and cut wood.

He was told to come back to the prison by 6 p.m. every night, which the convict did until one night he lost track of time and did not return until 8. When he got to the door of the prison, he found

he was locked out of

He went to the Warden’s House next door, he found out that the warden, and family had gone out for the night. It was late in the fall and the inmate curled himself up in a ball in the entryway of the prison to try to get some sleep. As he slept, he pondered the situation and the next day took steps to have the incident brought to the attention of the governor.

Gov. Willis Gorman “deliberated over the matter and finally came to the conclusion that the Negro was entirely within his rights, that he was entitled to admission every night.” Warden Delano was reprimanded and it never happened again!

Another story of the prison includes the dungeon or “dark cells,” for the inmates who could not be controlled. One such prisoner was there repeatedly. In those cells at the time, the convict was handcuffed for most of the day and slept on the stone floors of the cell at night. Only eating bread and water, it was horrible treatment for anyone.

One morning, when the guard came in to “lock him up for the day,” there was a flash of steel, the inmate having a knife. The guard backed up and shot the inmate dead with a revolver. The guard was acquitted of all blame.

A few weeks after the incident, the guard started having “hallucinations” in the dark cells. He would hear footsteps, and when other officials or guards came up to him, he had “wild eyes” peering through the cell door.

The guard eventually left the prison and found other work, but the legend of the haunted cell continued in the prison until it was closed in 1914.

Looking into the history of the Warden’s House, the last warden to occupy the stone mansion was Henry Wolfer. He lived in the house for 22 years and during that time raised his four children and even some of his grandchildren in the house.

Wolfer had three sons and one daughter, Gertrude. She would marry and move away from the house and she and her husband started a family.

After the birth of her son, Gertrude died from appendicitis. Her son came back to the Warden’s House and lived with his grandfather, Warden Wolfer, until they moved out in 1914.

Some people believe the spirit that roams the upstairs of the Warden’s House is that of Gertrude, or “Trudy,” fussing over her young son that she left behind after her premature death.

There are more stories, legends or “hallucinations” dealing with the Stillwater Prison. We will never know if they are true or just some made up story to scare youngsters about the notorious prison on North Main Street.