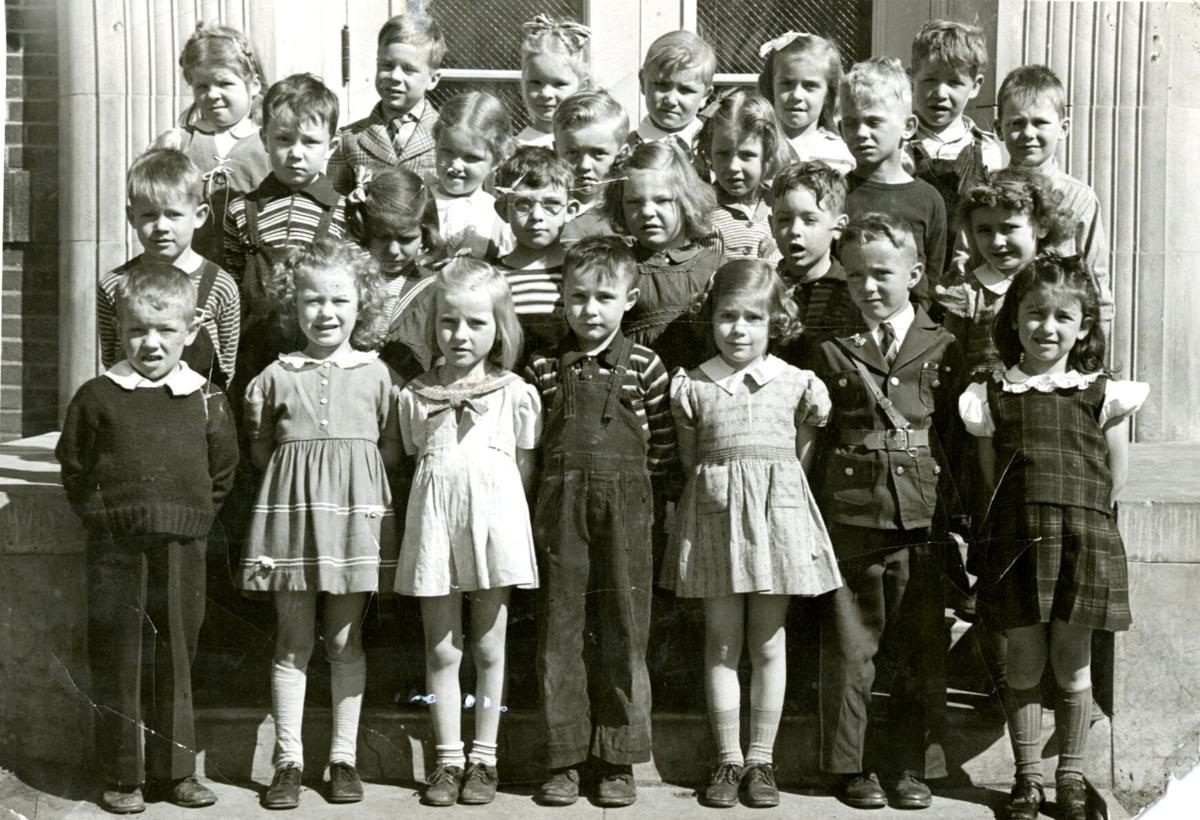 A class photo from the Washington School in the 1940s. 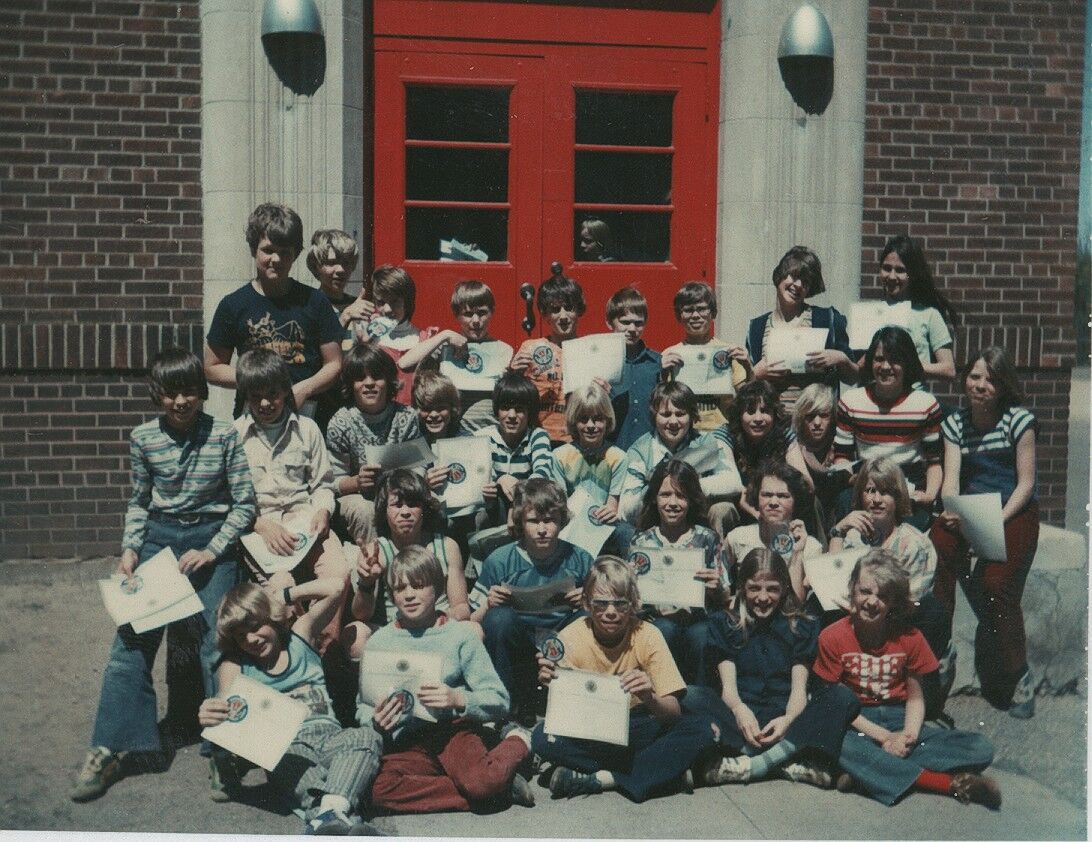 A class photo from the Washington School in May 1977. 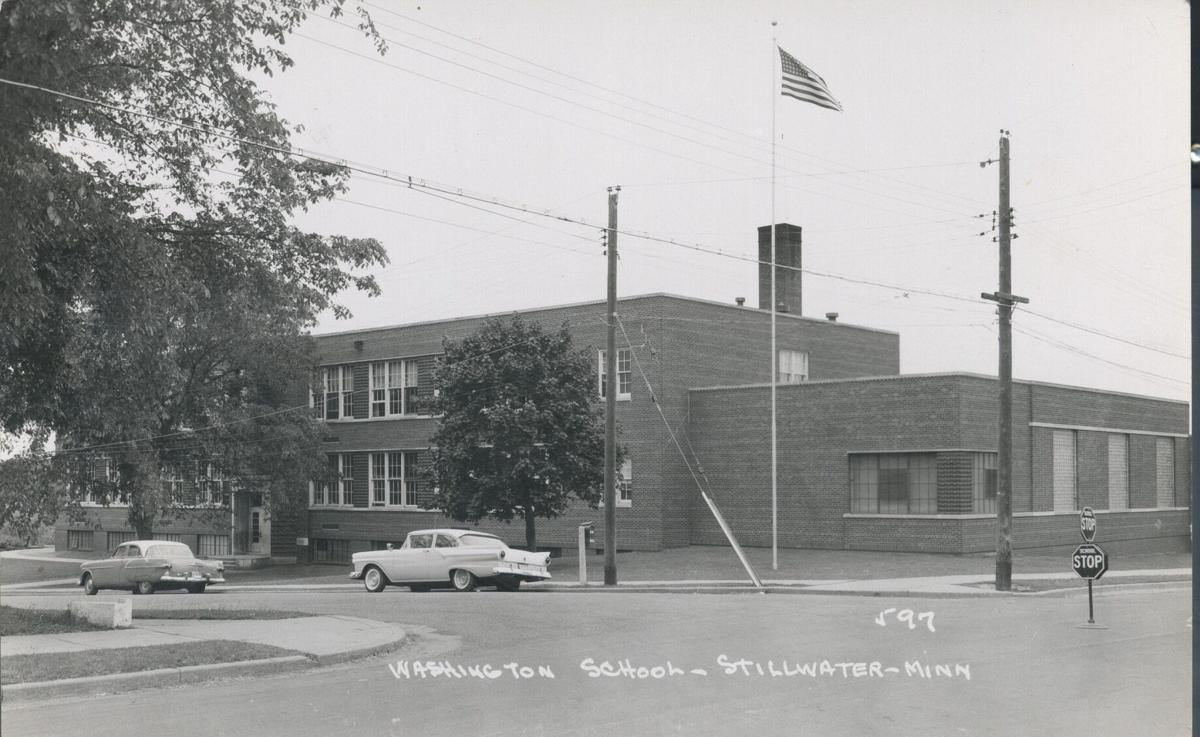 The Washington School in 1957

A class photo from the Washington School in the 1940s.

A class photo from the Washington School in May 1977.

The Washington School in 1957

As Stillwater’s population increased during the early 20th century, new, modern schools were needed to be constructed. In 1938 several older schools, such as the Lincoln and Central Schools were closed and new ones constructed. One new school named Washington was built on the North Hill on Mulberry Street.

About a half dozen homes were either moved or torn down to make way for the Washington School. Architects Eugene Corwin, of St. Paul, and Dean Holm, of Minneapolis, designed the building. Holm was the son of Andrew Holm, long-time Stillwater school board member.

The Washington “Grade” School was built with modern “sound-proof” ceilings which helped to remove all the between class noise from the students. The north walls were painted in yellow or deep ivory tones, and the south and west rooms had lightly tinted blue or green walls. In the basement, there was a large playroom, which furnished a place for the children to play in case of stormy weather. The playroom was available after school hours for adult groups to gather and meet.

The cafeteria could hold 200 children and had a big table in one corner for the teachers’ “lunching place.” The Washington School also had a gymnasium-auditorium, which is available not only for programs that were given by the students and faculty, but for the adult groups of the neighborhood. It was equipped with a stage, complete with wings, flies, a maroon velvet curtain, a piano, and room for 350 spectators. The floor was designed for service as a gym and was “suited to dancing” and was originally of a “linoleum composition which does away with noise.”

The work on the Washington School, as well as the junior high school, was hurried to finish by the first day of school in 1938. The J.H. and O.H. Olsen Construction Company, of Stillwater, had the contract for the Washington School building, which was built largely with WPA laborers. The work was completed and the new students entered these two new, modern school buildings on Sept. 19, 1938.

In 1993, the school was given to the city of Stillwater. After debating what to do with the building, it was decided to lease the building to the New Heights Charter School. The charter school is still using the Washington School today.