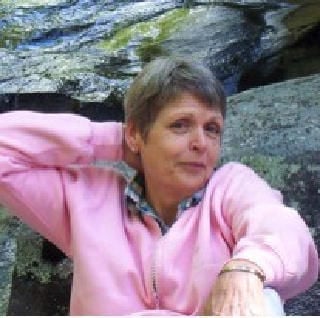 Patricia Elizabeth Segelstrom was born on November 18, 1957 in Stillwater, Minnesota to Roscoe and Grace Pierce. She attended Stillwater schools until she moved to the Forest Lake school district, where she graduated in the class of 1976. She began her working career at the age of 13, working in her father’s restaurant. During and after graduation, she worked at the Village Inn and Carbone’s Pizza, Forest Lake; Radisson Hotel Minneapolis; Roscoe’s Cafe Lakeland; Professional Caterers of St. Paul; the Marine Messenger, Marine on St. Croix; Red Lobster, Maplewood for 25 years; the Hampton Inn Minneapolis and retired in 2006. She was preceded in death by her parents, Roscoe Richard Pierce, Jr. and Grace Bernice Pierce (Wing); and son Kyle Ross Segelstrom. She is survived and will be deeply missed by her husband of 38 years, James Segelstrom; daughter, Courtney (Justin) Ullrich; sisters, Barbara (Harold) Schacherer and Kathleen Benevides; many cousins, nieces and nephews; best friends, Deanne LaRue, Cindy Renslow, and Lisa Steinke, and multiple friends and acquaintances. She will always be remembered for her jokes and spread of laughter where ever she went. A memorial gathering will be held at a later date. In the meantime, cards and condolences may be mailed to: Pat Segelstrom, c/o Bradshaw, 2800 Curve Crest Blvd, Stillwater, MN 55082. Special thanks to Lakeview Hospice for their care during these past months.

Dear Courtney....I remember your entire family with fond memories! I'm so sorry for your loss! Love and hugs from Peggy Doeksen, one of your elementary school teachers! :)