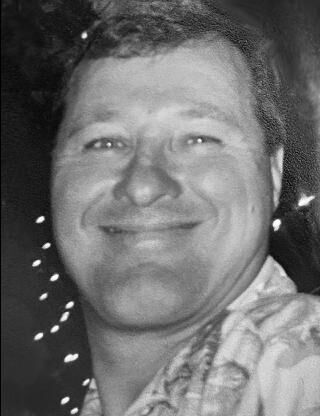 Gerhardt (Gary) John Lamers, Age 60, of Stillwater, MN, passed in his sleep unexpectedly due to a heart attack in his home on December 23, 2020. Gary is survived by his parents; Hermann and Emma Lamers, his pride and joy which were his children, Alexander Lamers, Alice Lamers, Ayden Lamers, and their mother Kimberly Francis-Lamers. He grew up with his brothers, Bernie Holzner, Alexander Lamers, and Karl Lamers; and his sisters, Anna Buhr, and Christa Lamers. Further survived by his close cousin who he called his sister, Bianca Lamers, several nieces, nephews, cousins, and other relatives. Gary will be fondly remembered by his friends and family, as a loving father, one of the best chefs, a dedicated restaurant owner, a great outdoorsman, and just an overall amazing guy. He was preceded in death by his grandfather in Germany, grandmother Maria in Germany, his uncle Gottfried, and Emma Lamers. Gary was born at St. Luke’s Hospital in St. Paul, MN on August 30, 1960 to Hermann and Emma Lamers. He graduated from culinary school at 916 in 1980, with a degree in culinary. He was so, so excited to become a chef. An opportunity arose to become an apprentice in Germany, as renowned chef. In Germany he studied hard and hiked the mountains. Gary came back to Stillwater, purchased his first condo, and took up a career first at the Lowell Inn. He then left for an opportunity at Vittorio’s for a few years, was a hard-working kitchen manager and thrived as a chef. Even with his crazy work schedule he found time for his passion, the outdoors. Gary was on a soccer team in St. Paul during this time, boated on the St. Croix River (his favorite), and skiing on any hill he could find that had snow. He loved all forms of skiing, including cross-country, and took yearly ski trips to Colorado or Michigan. Gary loved his childhood friends, and they remained friends all throughout the years; often saunaing in Gary’s sauna that he built in his home or attending yearly Gasthaus Oktoberfest. He was so proud of his German heritage. Gary was offered to run a major investment and start a restaurant in Bayport Marina, called Clyde’s. He put Clyde’s on the map and was making it a success. He learned the skills to run a restaurant, in all aspects, and that is when he decided to leave and venture out on his own. An old friend and he found a small restaurant for sale in North Hudson, WI. With the help of his parents, and an investor, he bought Dago Segue’s Hoagies Bar which in 1989 started Mama Mia’s. He decided to name it after his grandmother Maria in Germany, whom he often referred to as “Oma Mia”. His own mother (Emmy)worked alongside him making her signature cheesecake and Italian cream cake which are still on the menu to this very day! In 1991 a restaurant in Milwaukee, WI, also named “Mama Mia’s”, was going to sue if the name was not changed in 30 days. It was an expensive lesson, which came along with today’s name, “Mama Maria’s”. He started his little 12 table restaurant with friends, family, and his girlfriend, which he later married in 1996. They started their family in 1998 when Alexander John was born. They also purchased a commercial lot, with a major vision of what would soon become. In 2000 Gary & Kimberly built their dream restaurant and in August of that year, welcomed their second child and beautiful daughter Alice Katherine. Unfortunately, in January of 2002, Mama Maria’s experienced an electrical fire and had to shut down for months. Friends, family, and the original builders, “emergency crewed” together so we could be open for Valentine’s Day. We ended up opening on Valentine’s day, and it was a major success with record breaking sales. Later, in that year, his second son and third pride of joy was born, Ayden Tobias. Gary Lived for and loved his children so much. He enjoyed his cabin with his kids every chance he got up in Gordon, WI. This is where he found his love for fishing, explored his passion with the outdoors, and shared it with his kids. He was thrilled to take his kids on boat rides, fishing trips on the boat, or exploring the ATV trails for hours. He would always come back covered with dirt on him. Gary was a spiritual man and continued to attend Sunday mass at St. Mary’s or St. Michael’s church, which he attended when he was younger. He loved listening to St. Michael’s Bells every single day and stared at the church’s steeple from our family home, which he was in awe of. He loved it so much. Gary will be deeply missed by his family, friends, and mostly his three children. Mass of Christian Burial was on Wednesday January 6, 2021 at Saint Michael’s Catholic Church in Stillwater, MN. Flowers, donations, or Condolences may be offered at: 1611 2nd St. North Stillwater, MN 55082