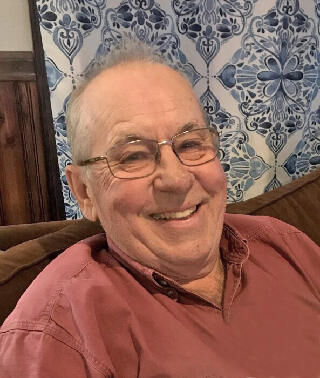 Dennis passed away peacefully in his sleep of heart failure on the morning of May 23, 2021. He is survived by his loving wife of 49 years, Sharon (Mowry); daughter, Rebecca (Tyler) Hibbard; and grandchildren, Oliver and Isaac. He is preceded in death by his beloved son, Richard in 2007; parents, Harry and Ann; and brother, John. Dennis was a gregarious man who had an adventurous spirit and strong sense of community. He worked as a grain merchant and spent his life raising cattle and horses. Dennis enjoyed being surrounded by people and especially loved spending time with family and friends on a trail ride or buggy ride. Many thanks to the team of healthcare providers at the Mayo Clinic in Rochester who cared for Dennis these last few years; special thanks to Dr. Janell Grazzini Frantz. Born and raised on a family dairy farm in Stillwater, a love of livestock and horses was a continuous thread throughout his life. In his early years, Dennis participated in 4-H, excelling as a member of the dairy judging team. He went on to earn a degree in animal science from the University of Minnesota, where he joined the fraternity Delta Theta Sigma and forged friendships that proved to last a lifetime. Trained as a farrier, Dennis shoed horses to offset the cost of college. Out of college, Dennis worked as the manager of International Cryobiological Research Farm in River Falls. In the winters, he worked as a National Ski Patroller at Snowcrest in Houlton. In 1972, Dennis married his one true love, Sharon, at Trinity Lutheran Church in Stillwater, where he later became a member. After starting a family, Dennis stopped milking cows and began a career as a grain merchant, trading grain throughout the Midwest and in Canada. Throughout his life, he was a livestock judge, 4-H mentor, and Washington County Fair superintendent. He was a member of the Agricultural Society of Washington County and the Dairy Shire Club. In 1994, Dennis was a founding member of the Washington County Mounted Patrol, a volunteer unit of the Washington County Sheriff’s Office which provides search and rescue as well as other civic services. He later rode horses and drove his wagonette and buggies with the Caballeros Del Norte horse club and the Manes & Tails Harness Club. A memorial service will be 11 a.m. Wednesday, June 2 at Trinity Lutheran Church, 114 4th St. N., Stillwater, with visitation one hour prior. Masks are required. As seating is limited, a live stream broadcast will be available at https://www.bradshawfuneral.com/obituary/Dennis-Hooley.