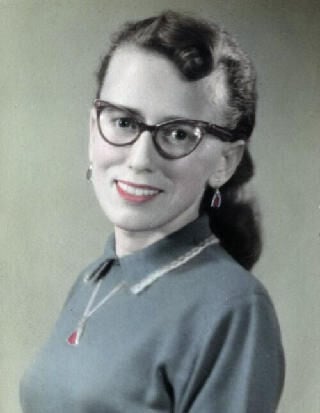 Clara passed away peacefully on January 12, 2021 with her husband and daughters by her side. Clara was born in McVille, ND on October 20, 1929. She moved to Forest Lake and graduated from Forest Lake High School. After Clara’s high school graduation, she went to business school to become an administrative assistant. She then went on to become administrative support staff for the US Government in the Department of US Aide for 10 years. During that time, she resided in US embassy compounds in South Korea, Cambodia, Vietnam, India, Turkey, Yemen. Clara met Khaled in Yemen in 1965. The two married in 1966. They had an extensive one-month honeymoon throughout Europe. Travel was especially important to her. In 1966, the couple returned to the US and settled in Minnesota to start a life together. They raised two daughters in NE Minneapolis and eventually moved to Stillwater. While raising two daughters, Clara managed to get her 4 year teaching degree while maintaining a 4.0 GPA. Clara loved to bake and was an avid Bible reader with a strong faith. She was an active member of Trinity Lutheran Church in Stillwater. Clara is preceded in death by her parents, Reuben and Margaret Settevig; sister, Barbara Boddy. She is survived by her loving husband of 54 years, Khaled M. Slayhi; daughters, Mariam (Rich Fenton) Slayhi, Ida (Eric) Tessmer; granddaughters, Juna Slayhi Fenton and Emma Tessmer; many nieces, nephews, and siblings. Private Family Service. Interment at Rutherford Cemetery, Stillwater. Livestream was available at www.facebook.com/trinitylcstillwater on Saturday, January 16th at 10 a.m. Please direct memorials to Bradshaw, 2800 Curve Crest Blvd, Stillwater – ATTN: Slayhi Family.