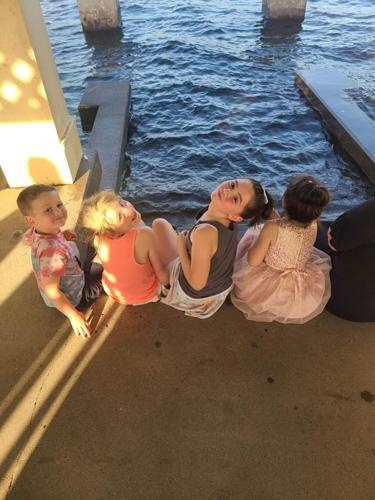 Zelaya’s Ebanks friends and family hold a memorial on the St. Croix River on the one year anniversary of her death. 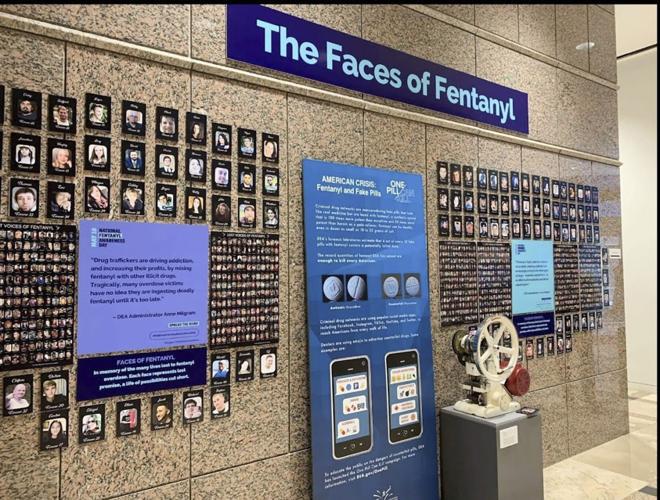 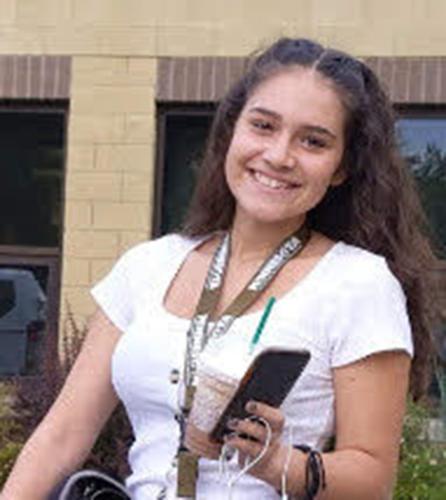 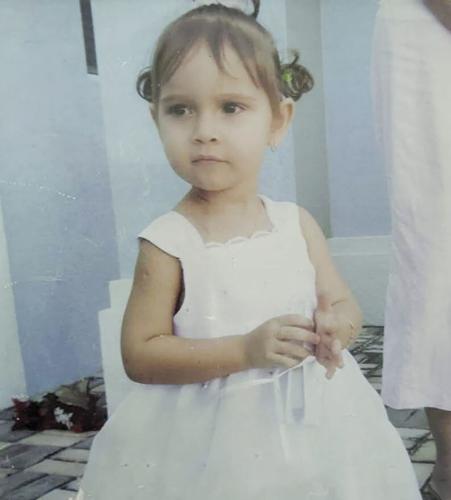 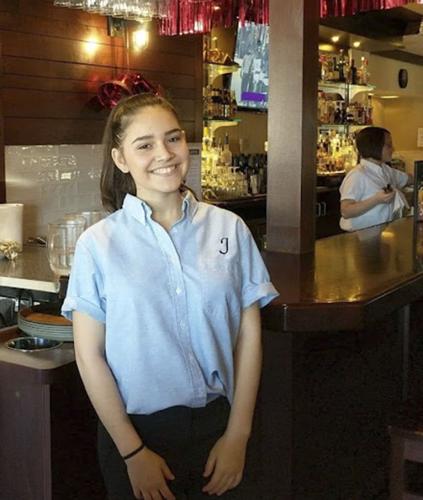 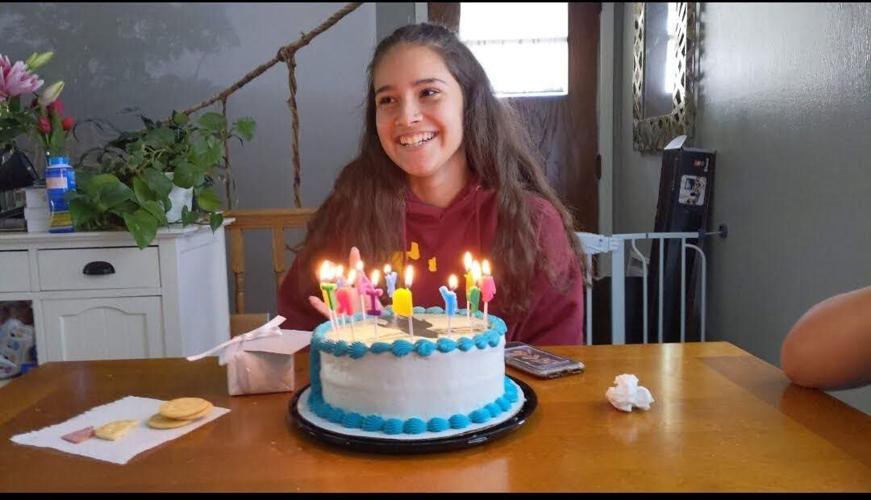 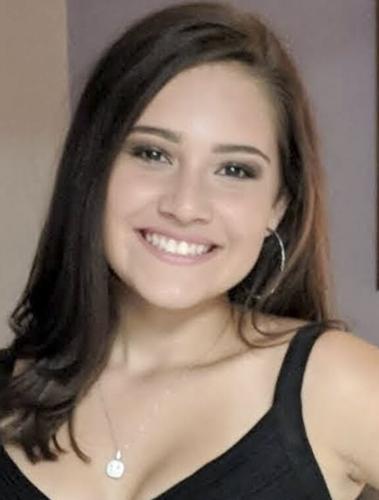 Zelaya’s Ebanks friends and family hold a memorial on the St. Croix River on the one year anniversary of her death.

Since her passing, her parents Josh and Bree Gretz have started a non-profit called Families Fighting Fentanyl.

“We’ve grouped together with other parents who have lost their kids (to fentanyl) down in Florida,” Bree said. “We want to go nationwide, but we have to start in those two states (Minnesota and Florida) first.”

Bree and Josh agreed that if they knew more about the issue a year ago, there would have been a chance for them to save their daughter.

“I think those conversations with her would have changed things,” Bree said. “It would have made a difference.”

“We were in the dark,” Josh added. “... You really don’t think it will happen to you, but it’s such a common thing right now.”

Bree and Josh and other members of the non-profit are speaking at churches and schools to highlight the issues.

“Pretty much (presenting) anywhere I can get up and talk and just share Z’s story, and the 100s of other stories of kids, parents and families, and the devastation that this is leaving behind,” Josh said.

Zelaya’s parents recalled their daughter’s passion for singing, that she dabbled in artistry and had an intense enthusiasm for equestrian activities.

“Z was just our everything,” Josh said. “She was super bubbly; really into horses; just a silly girl.”

“Horses were her life, her passion,” Bree said. “She owned her own horse.”

Zelaya paid for the horse by working at a farm starting when she was 14 years old. Those wages paid for all the horse’s care.

“She was a hard-working kid,” Bree said. “(She put in) long days at the farm managing 90 horses on that farm with her and just a couple other kids.”

Her parents first noticed some trouble in Zelaya’s life about a year before she died. At that time, Zelaya had been unable to stop a friend from killing himself.

“She was messaging him the day that he did it,” Bree said.

He told her about his plans, and she was trying to talk him out of it. Zelaya told a mutual friend of hers who then called law enforcement.

“They got there 10 minutes too late,” Bree said.

Zelaya’s parents said she held onto that and afterwards she struggled with depression and post-traumatic stress disorder.

“She blamed herself for it,” Bree said. “There was a decline there for a while, but before she died, she was doing really good. She had a personality that kind of sucked you in. Everybody loved her. She was completely loyal.”

Zelaya started working with a coach to deal with her depression and post-traumatic stress disorder, and at first it seemed to be working.

“It was really changing things around,” Josh said. “We could feel Z coming back. She was opening up about a lot of trauma.”

Zelaya’s parents recalled a kid who wanted to help everyone.

Tearing up, Bree recalled a story of her daughter wanting to help a homeless man. Her mother didn’t want her daughter to hand over cash, so they went to a fast food restaurant and bought the man lunch.

That story was just one among many. When she was still in elementary school, Zelaya was involved with “Save our Starving Children”.

“She really had a heart of gold, and it’s always the good ones that die young right?” Bree said.

At first her parents were uncertain of what caused her death. They suspected that it was Percocet-laced fentanyl because the investigation details weren’t released until months later.

“She was found with a pill and a half in her pocket,” Josh said. “We assume that she took half a pill.”

Days later they learned that she had fentanyl in her system, but it was unclear if that was what killed her. They originally thought it was a brain aneurysm or another health-related issue.

“There was a point in the beginning where I just didn’t want to know,” Bree said. “She was gone, I couldn’t bring her back. I just didn’t need those thoughts in my head while I was trying to process everything.”

When Bree was ready, she called and found the cause of death was in fact connected to the half pill of fentanyl. It’s unclear if Zelaya knew the pills were fentanyl, or if she took what she thought was Percocet from someone, though her parents believe that she didn’t know exactly what the pills were.

Her parents don’t call it an overdose.

“We call it fentanyl poisoning because an overdose to me is taking too much of a drug that you’re trying to take,” Bree said. “It’s poisoning in that you’re not aware of it.”

Zelaya was suffering from migraines, and a month before she died, she had what her parents assumed was a seizure.

The Monday after Mother’s Day in 2021, Zelaya was vomiting in the front yard “because her head hurt so bad.”

On Tuesday, she stayed home from school because of health issues. Zelaya felt better that day and cleaned up the kitchen for her mom.

“We joked around a little bit, I gave her a hug, I was able to give her a kiss,” Bree said not knowing then it was the last day of her daughter’s life. “I keep replaying that in my head because I’m so glad I got to say those things to her.”

Once Families Fighting Fentanyl gets more established and funded, Bree said they want to help families who have lost someone to opioids by paying for funeral expenses. They also want to expand their awareness program and start a scholarship program for survivors.

Zelaya’s story, as well as others like it, is getting national media coverage of opioid overdoses and fentanyl poisoning increases.

Right now, Zelaya’s picture is on display with other photographs of kids who died from fentanyl-related causes in the Faces of Fentanyl exhibit at the U.S. Drug Enforcement museum in Arlington, Virginia.

Parents are dying because of opioids and the survivors face struggles as well.

“Their family has been turned upside down from this,” Bree said. “For mothers it’s really hard to go back to work and live a normal life.”

“There are a lot of parents who really just crash and burn hard,” Josh added.

That could start a cycle where parents or siblings turn to drugs and alcohol.

“(We want) to change the cycle, stop the wheel from going down the drug path,” Bree said. “Maybe we can offer these kids some money for education.”

These programs help bring meaning from the loss of Zelaya.

“As a parent who’s lost a child this is having her death mean something,” Josh said. “That’s why the nonprofit is so important.”

For more information, or to donate to the organization, visit https://www.familiesfightingfentanyl.org.