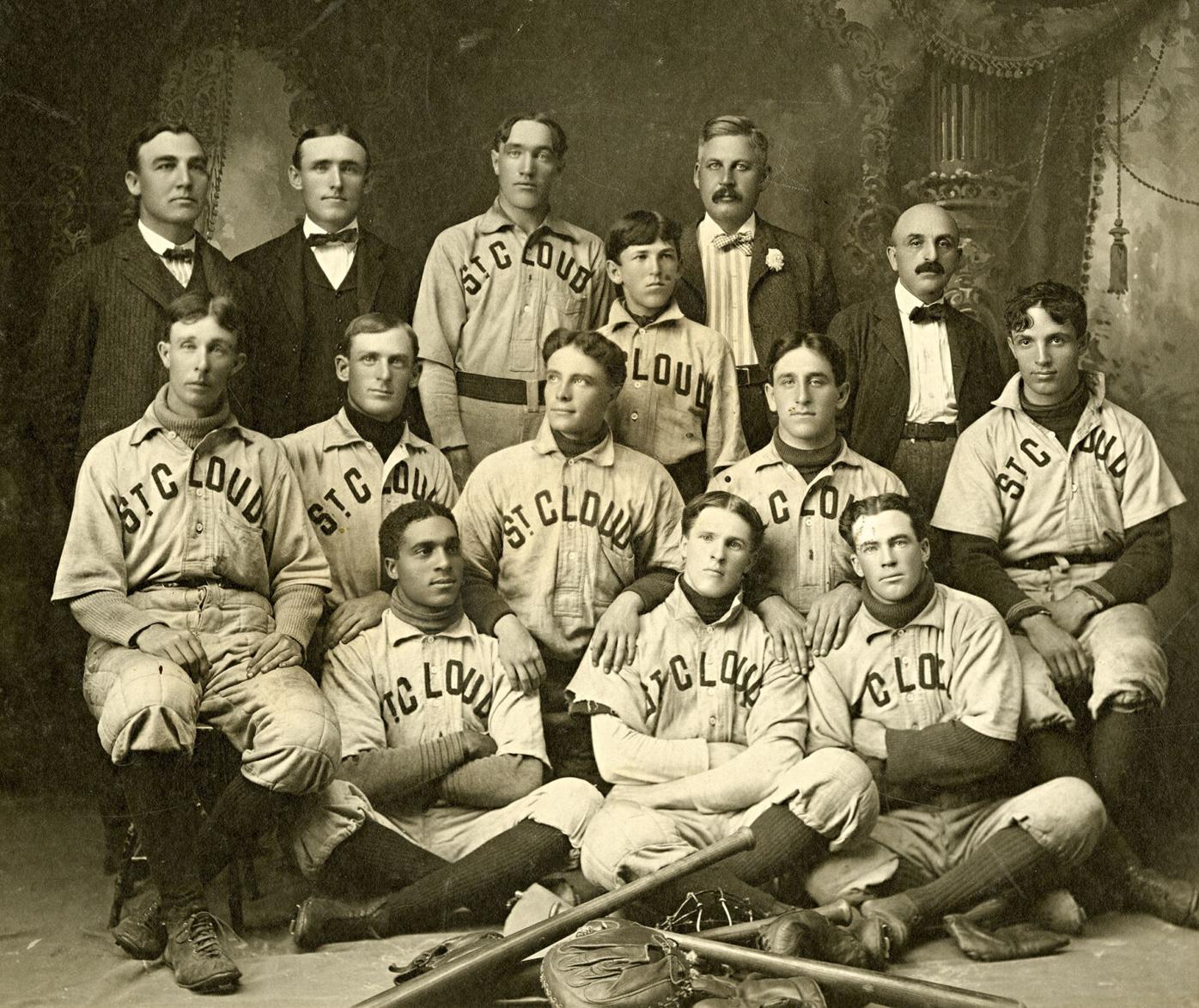 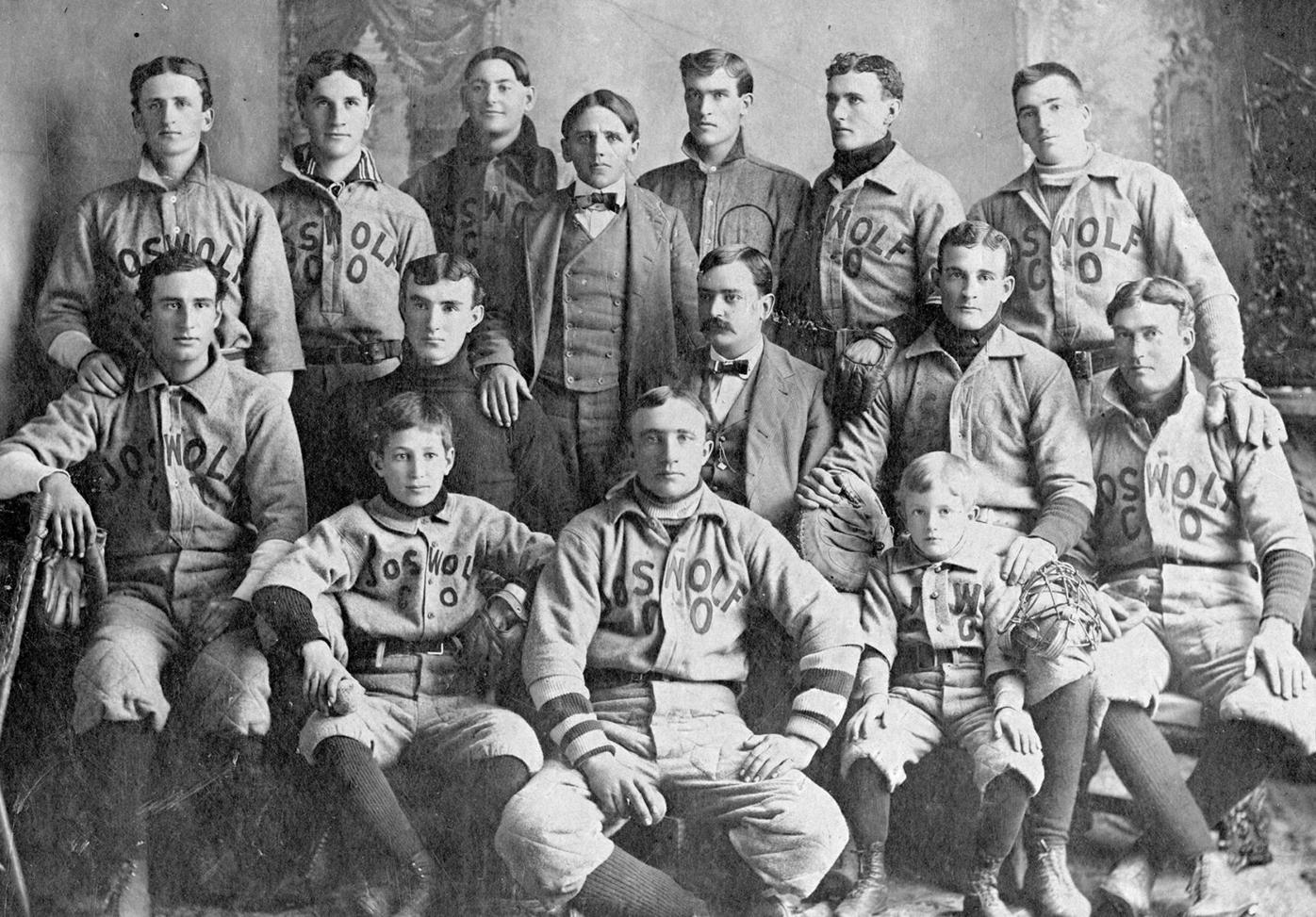 In 1902, the Joseph Wolf Brewing Company sponsored a baseball club in Stillwater. The Joseph Wolf Club was one of the strongest amateur clubs in Minnesota and had the record to prove it.

Another strong club was from St. Cloud. They had a well-known Black pitcher named Walter Ball. The two clubs met twice that season, once in Stillwater and once in St. Cloud.

The Joseph Wolf club started the season 14-0 and on July 27, the first game between the two Minnesota baseball giants would take place.

The first match was held in St. Cloud and in the first inning, the Stillwater club scored one off Ball while Gene Ford, pitching for the Joseph Wolf Club, held the St. Cloud club scoreless through the first six innings.

In the “fatal seventh” inning, Wolf center fielder Collins, muffed two fly balls and the third baseman Klinkhammer allowed one to go through and the St. Cloud club scored three unearned runs which was the difference in the game.

St. Cloud defeated the Joseph Wolf club 3-1. Ball struck out 14 and walked 2. The local paper noted that “Ball, who is a ‘gentleman of color’ and officiated on the rubber for the St. Cloud team, seemed to have taken the measure of the Stillwater hard hitters and they could do little or nothing with him.”

The “Stillwater Gazette” also noted, “Stillwater has faced some pretty clever pitchers this season and up to yesterday they all looked alike and had to take their medicine.

They were up against it, however, and there’s no use squealing, although it is stoutly asserted that the gentleman who officiated as umpire of the game … gave Stillwater the short end of it on balls and strikes on every occasion.”

The second match between the two clubs occurred on Aug. 17, this time in Stillwater.

It was a pitcher’s duel from the beginning, both Ball and Gene Ford finding the strike zone often. Ball had nine strikeouts with Ford having seven and there were no walks from either pitcher.

The game was scoreless until the Joseph Wolf Club pushed one run across in the bottom of the seventh.

Billy Keeler hit a sharp single into right center for the Wolfs and then pitcher Gene Ford “made a double bagger,” that sent Keeler in for the only run the Wolf club would need. That is how the game ended, the Joseph Wolf Club winning 1 – 0.

The local papers said of the pitching, “Ford pitched the better game because he allowed the visitors only two dinkey hits while the much touted Ball was hit freely although by hard work he got out of tight places three times.”

The attendance of the

game was 1,463 paid and the game time was one hour and twenty minutes.

The newspaper reported that there were “megaphones on

the grounds to add to the din of horns.

A telephone was put up at the right field fence to be used in sending the news by innings to St. Cloud.”

Even though the home club was victorious, the St. Cloud crowd was “good natured.” “They expected to win,” said the Gazette, “and were sorely disappointed, but took the defeat in a good natured way, at least most of them did.”

Ball would play in 1903 with the Chicago Union Giants, and in 1907, he returned to help Phil “Daddy Reid and John Hirschfield organize and manage the St. Paul Colored Gophers.

Brent Peterson is the Executive Director of the Washington County Historical Society.