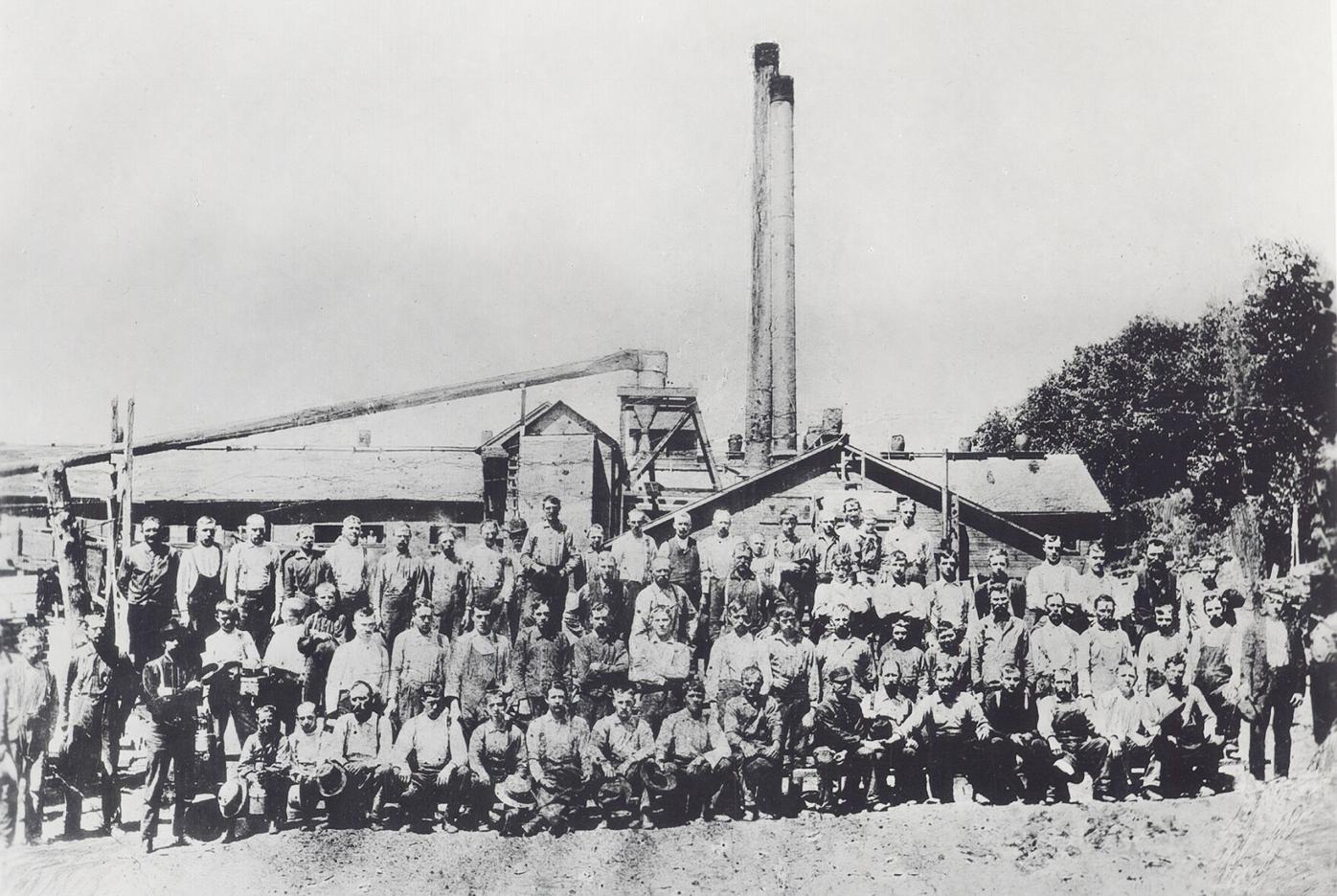 Employees pose outside the McKusick-Anderson sawmill. 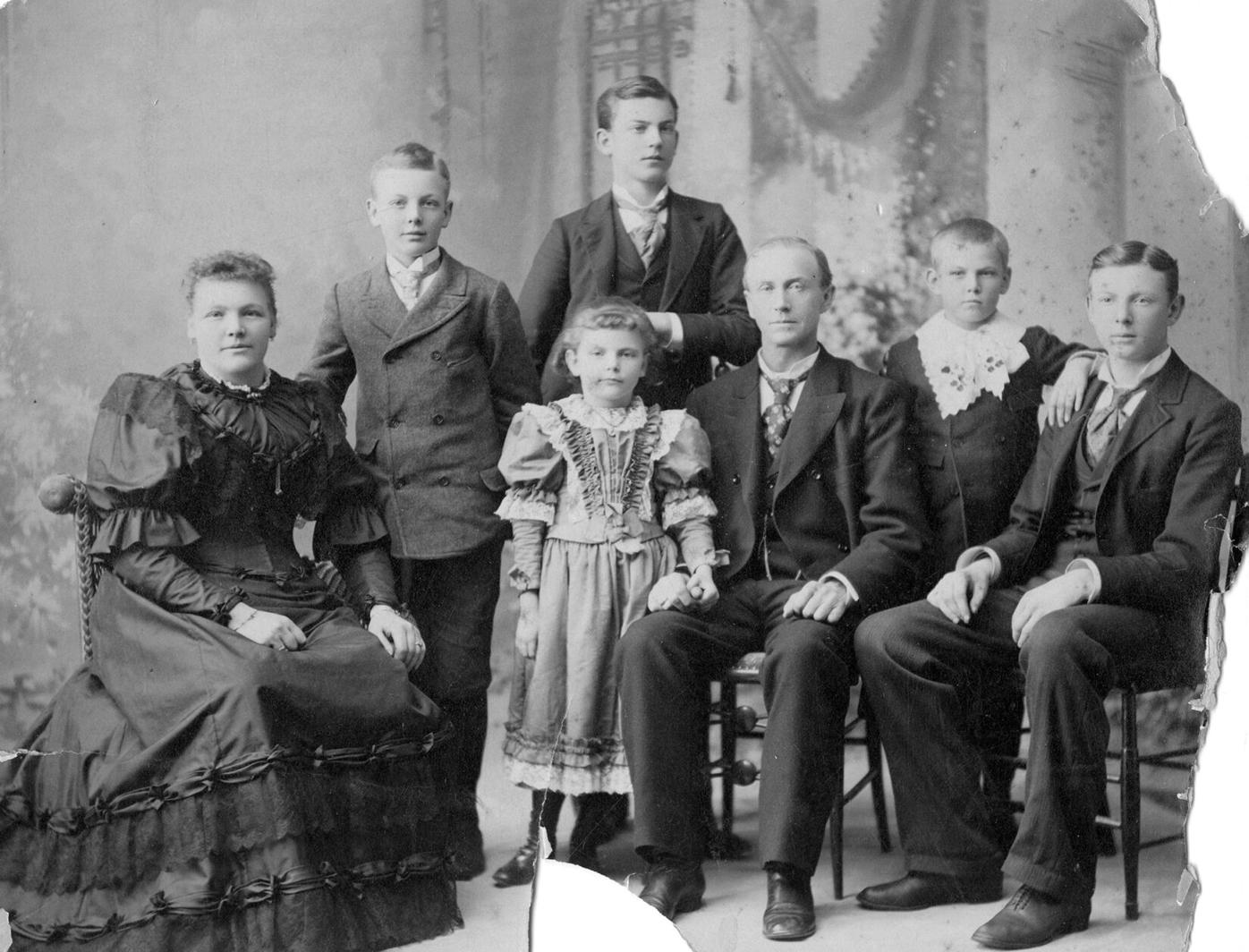 The Alex Johnson family - Alex is pictured third from right.

Employees pose outside the McKusick-Anderson sawmill.

The Alex Johnson family - Alex is pictured third from right.

There are many stories of the great lumber barons of the St. Croix Valley. Many names ring across the state and the country that are still heard today. One name that was well known in the lumber circles in the mid to late 19th century but is not as well known today was the name of lumberman Alexander Johnson.

Johnson was born in Sweden on March 16, 1838. He lived with his parents until the age of 20 then set sail for the United States. In August 1858, Johnson arrived in Stillwater, where he would live for the rest of his life.

Johnson worked in the woods for eight years, saving as much money as he could. Times were hard, especially during the Civil War, but in 1866 he formed a partnership with fellow Scandinavian John G. Nelson, logging on the Snake River and Pokegama Lake.

Three years later, in 1869, Johnson and Nelson, along with William McKusick and James S. Anderson, formed a partnership under the name of McKusick, Anderson & Company. This firm constructed a sawmill directly across the St. Croix River from Stillwater, the mill opening for operation in 1870.

This partnership lasted until Anderson’s death in 1885. At that time, Nelson and Johnson purchased Anderson’s share of the company and renamed it “Nelson & Johnson” which lasted only a couple of years, and then, after taking on several other partners, the firm became known as the East Side Lumber Company.

In the 1887 Stillwater City Directory, the “Nelson & Johnson Mill” contained a “gang and rotary saw, shingle and lath mills, and cuts 65,000 feet of lumber per day. The cut of the mill is most of it rafted, though some lumber is piled and a planning mill kept busy. The firm employs one hundred men and does a heavy logging business each winter. Their average season’s cut is 10,000,000 feet of lumber, 9,000,000 shingle and 3,000,000 lathe.”

Johnson continued to have other interests as well. In 1888, Johnson, Nelson, David Bronson, E.A. Folsom and Robert Slaughter organized the Minnesota Lumber Company. Johnson, along with Nels Hanson, then purchased the Holcombe block, the site of Loome Booksellers, at the corner of Main and Chestnut streets, for $21,500.

Early in 1905, Johnson suffered a heart attack and for some time was in critical condition. However, with the doctor’s care, Johnson started to recover. It was thought that he would soon be back to attending to his various interests around the area.

On March 19, the doctor allowed him to sit up in bed for a while and was able to walk around the room. His family was with him at this time and his son George, while sitting on a “lounge” struck a match to light a cigar and the fringe of the “lounge” was ignited.

George carried his father out to an adjoining room and the family then directed their attention to the fire that by that time had ignited the window curtains.

According to the newspaper, “George had his hands burned to the bone; Reuben had his leg burned. The clothing of Mrs. Johnson was ignited and she was slightly burned and Roscoe had his eyebrows singed. The flames were extinguished without much damage to property but the burns mentioned were severe but not dangerous.”

The following day, Johnson’s partner, John G. Nelson, arrived at Johnson’s home at 9 a.m. to discuss business affairs. The two talked of some mining property in which they were both interested.

After Nelson left, Johnson started feeling somewhat ill. Around noon, Nelson was called because Johnson’s condition was getting worse. Johnson died at 12:30 p.m. Just minutes after his death, another business associate, David Bronson, arrived believing Johnson was recovering but was shocked at the news of his death.

Johnson was very interested in the work of the Swedish Lutheran Church (Trinity Lutheran) of Stillwater, and also a member of the B.P.O. Elks Lodge #179 of Stillwater. According to the “Stillwater Messenger” of March 25, 1905 said of Alex Johnson, “He was a good citizen, a good friend and Christian gentleman, whose influence for good was felt in many directions.”

Johnson’s funeral took place at his majestic home he built in 1885 at the top of the Chestnut Street steps. Honorary pallbearers were the officers of the East Side Lumber Company and the active pallbearers were Fred Swanson, George A. Lammers, George L. Bancroft, J.O. Holen, Judge A.E. Doe, John Caesar, A.G. Triebel and N.A. Nelson.

One of Stillwater’s best known and respected lumber “Barons” was now gone. Less than a decade later, the lumber industry would die as well.

The East Side Lumber Company would donate the land in which their mill stood to the city of Stillwater and through that generosity, a park would be made for generations of children of Stillwater. Although Johnson had died, his legacy lives on today.