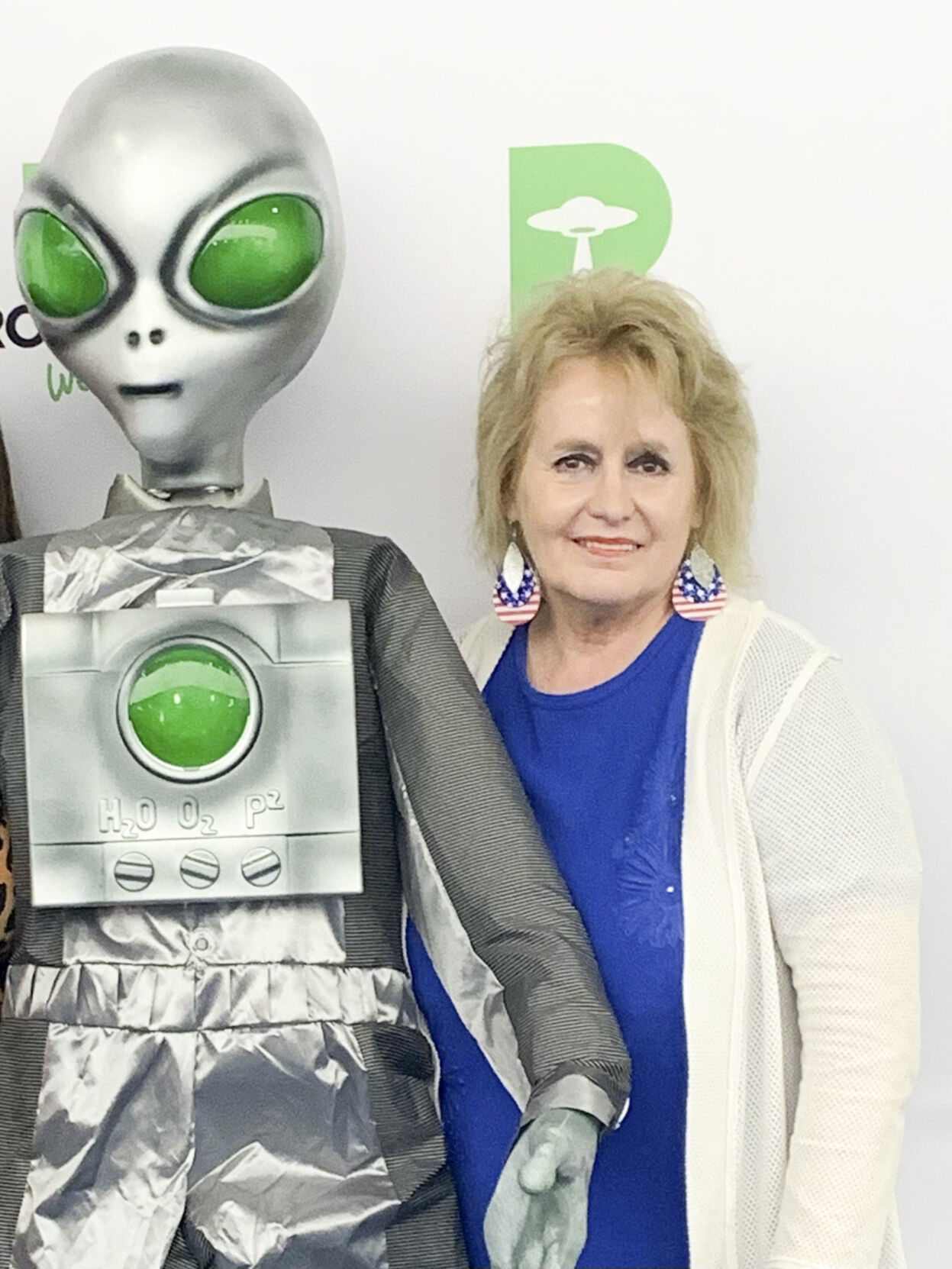 Margot Rheinberger poses with an Alien at the Closing Ceremonies during the 25th annual UFO Festival in Roswell, New Mexico. 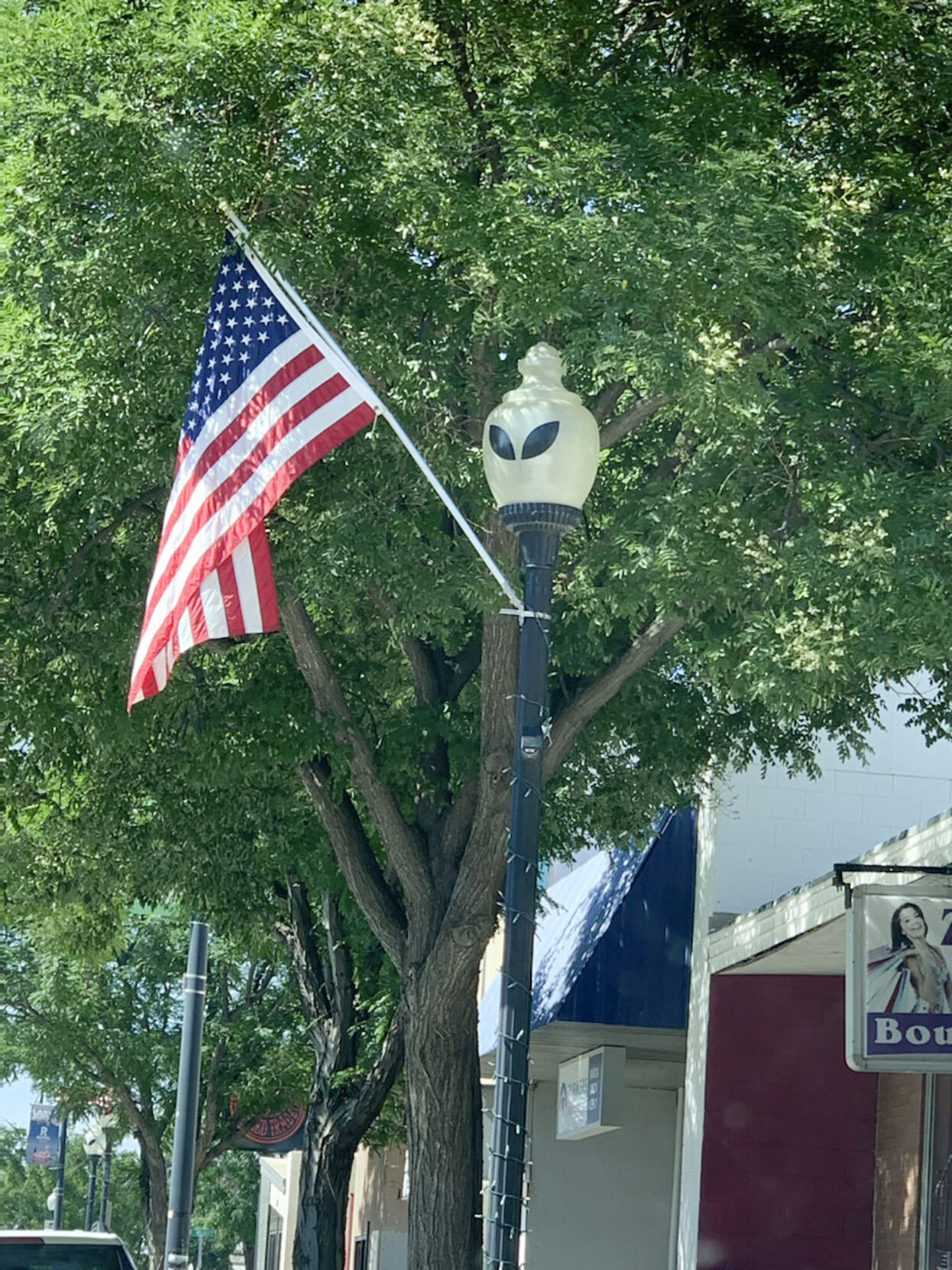 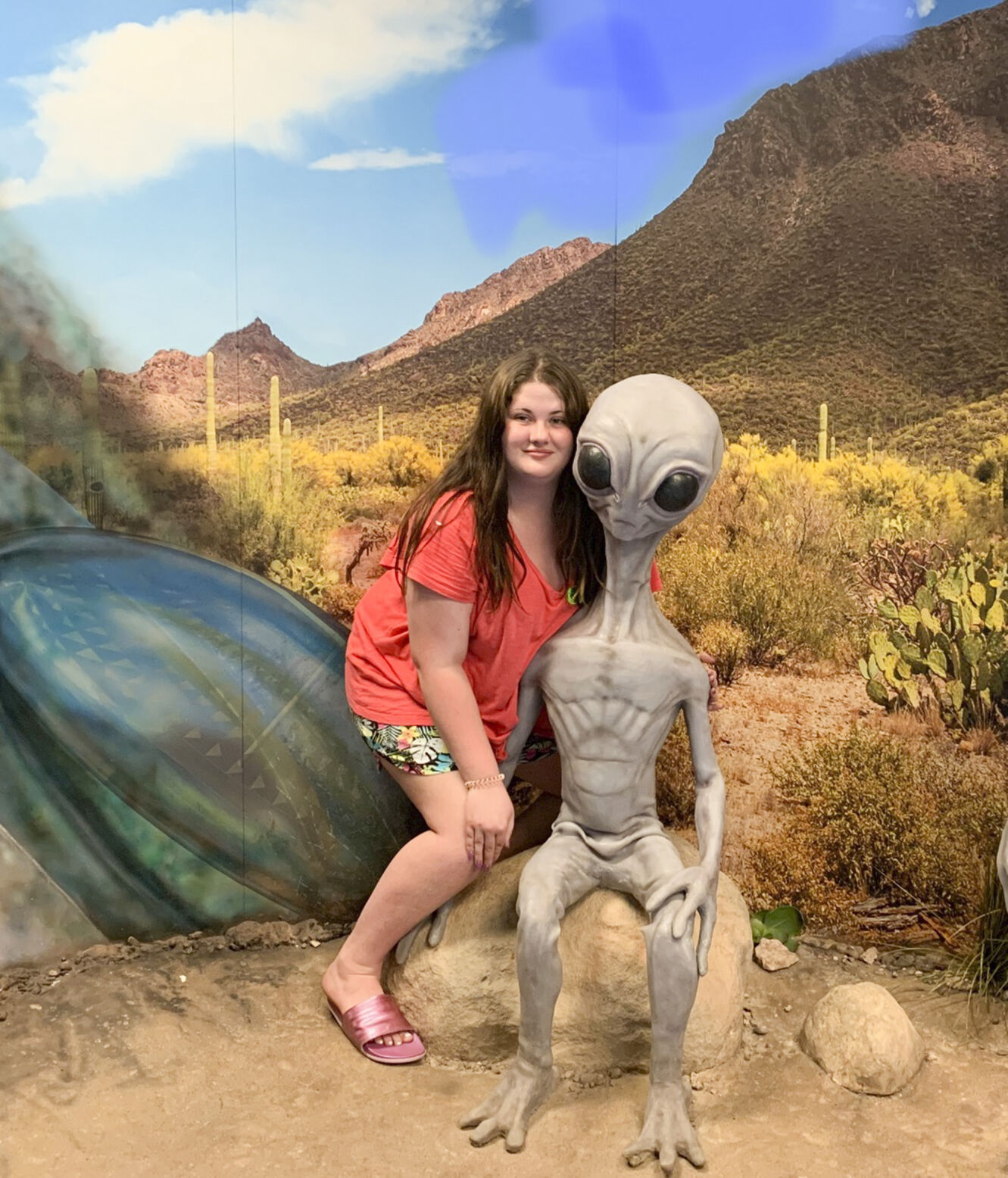 Margot Rheinberger poses with an Alien at the Closing Ceremonies during the 25th annual UFO Festival in Roswell, New Mexico.

During this past Independence Day weekend, Roswell, New Mexico, welcomed visitors for its 25th annual UFO Festival. The festival is built around Roswell’s out-of-this-world past and includes dozens of events for families, extraterrestrial enthusiasts, and of course, skeptics.

An event of this magnitude involves significant advanced planning including booking several ufologists (UFO researchers) to fly (in airplanes) to Roswell to host seminars. Given the COVID restrictions in New Mexico, which were just lifted by the state’s Governor on July 1, it was unlikely the celebration would occur this year.

However, when Margot and John Rheinberger had a two-hour visit to Roswell back in February, they were told the event was going to happen. For Margot — who decades ago encountered something unexplainable in the state’s vast open space while passing through on her way to Arizona — this surprising early news of an actual summer celebration anywhere led straight to her planning a return trip for the festival. She invited three other inquisitive people to join her - her younger brother, Joe, and their friends, Cindy and Louisa Westrup, of Stillwater.

Ever since 1947, when a mysterious flying object crash-landed on a ranch near Roswell, the “incident” has become a controversial topic worldwide and Roswell has become a destination for “believers” and for anyone intrigued by the possibility of alien existence.

Today, Roswell is recognized as the UFO Capital of the World. Because of last minute lifting of COVID restrictions in other countries, most attendees this year were from the United States. The fact the four of us had traveled “all the way from Minnesota” was intriguing to the press and other attendees.

In addition to USA Today and several other US-based media outlets, international media could be seen and heard covering events at the various venues. Even the press from France interviewed Cindy about our far-away-from-Minnesota adventure.

The schedule of weekend events included an Abduction Parade, live music and food vendors throughout Roswell, arts and crafts for children that included alien hat making, a band competition, star gazing treks, a concert headlined by the 2018 winner of “The Voice” television competition, the ability to take a virtual reality journey through space and time of Roswell’s 1947 UFO crash or Apollo 11’s moon landing along with people and pet alien costume contests.

To entertain the crowd during the human alien costume contest held at night, the super tall, impossible to miss, RoboTRON LED Robots intermingled with ease through the crowd of spectators, dancing to music and taking selfies with fans.

For the inquisitive among us, the Roswell International UFO Museum & Research Center was the place to hang out, not to mention a way to escape the heat. The Center details the history of the 1947 Roswell crash as well as other UFO sightings and crash landings throughout the country and beyond. Inside the museum, you can take a photo with alien figures.

The museum’s “UFO School” hosted seminars and panel discussions with ufologists, enabling us to hear firsthand accounts and research on otherworldly experiences and to ask questions. There were plenty of those.

We intentionally made a point to balance the seminars with the gimmicky parts of the festival and for good reason. By the end of the weekend, a few spending too much time at the research center and attending seminars started to see alien characteristics in others.

One person was so taken back – actually alarmed - by a man’s resemblance to an alien that she asked a ufologist whether he too saw the features. She found out that the alien looking guy was himself a ufologist leading her to believe they come in all shapes and professions, including even those that study themselves.

The museum’s gift shop - and the many other souvenir shops that lined Main Street - were packed with people buying alien swag to wear during the festival and souvenir gifts to bring back home.

Two popular choices were matching lime green alien antennae and sunglasses, which quickly transformed much of the crowd into extraterrestrial beings! Another popular trend was using tinfoil where hats, jewelry, outfits and even moving cars were covered completely in aluminum foil!

A walk in Roswell at night transcended you to the look of a different world as alien-faced streetlights and the world’s only spaceship-shaped McDonald’s lit up Main Street. Many attendees walking on the streets wore elaborate costumes giving an extra eerie feel to the atmosphere.

Several fireworks displays could be seen in and around Roswell on July 4. However, in keeping with its UFO notoriety, Roswell’s Convention Center was the venue for a long and very elaborate laser show done to beautiful music with mystic-like creatures dancing throughout. It was a Las Vegas quality production!

An alien would have felt quite welcomed and celebrated during that memorable weekend!

So much so, they may even come back to Roswell next year to celebrate the 75th anniversary of their - presumed by many - first visit to the Roswell area.

Louisa will be there, with her alien swag and all!

Margot and Louisa, both of Stillwater, are longtime friends of the Gazette and frequent contributors to the Gazette.