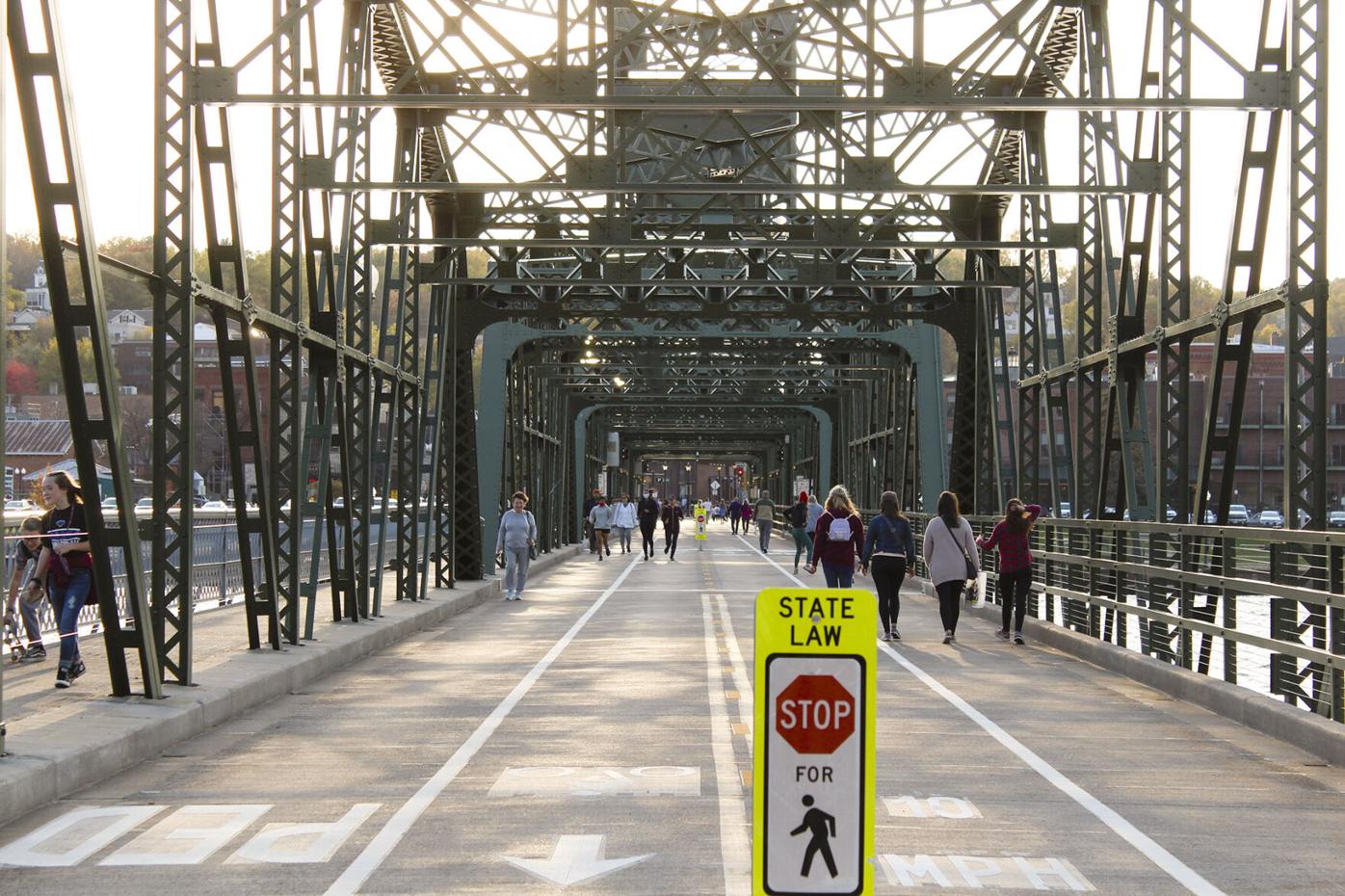 For the first time in its history the Historic Lift Bridge will be lit up with holiday lights this winter.

For the first time in its history the Historic Lift Bridge will be lit up with holiday lights this winter.

Main Street downtown — and the south side of the Stillwater Lift Bridge — will be decorated with festive lights throughout the holiday season.

The concept to get the city in a festive spirit came as the city of Stillwater, Greater Stillwater Area Chamber of Commerce, Discover Stillwater Convention & Visitor Bureau and local businesses collaborated on ways to assist and promote local businesses as the COVID-19 pandemic wreaked havoc with the economy, according to a press release from the chamber. One idea was promoting Stillwater by decorating downtown with holiday lights during winter months.

Holiday Lighting and Design will install the lights each year for the next three years. The contract also includes storage fees for when the lights are not in use.

During the City Council’s Nov. 10 meeting, Mayor Ted Kozlowski said the idea was “To come up collectively to turn Stillwater into the quintessential winter village we all know it could be.”

Kozlowski noted there were several bureaucratic hurdles to earn permission from different agencies to decorate the bridge, and the Lift Bridge is on the National Register of Historic places.

“Lighting that bridge wasn’t the world’s easiest thing to get accomplished,” Kozlowski said.

After approving the required limited use permit with the Minnesota Department of Transportation for lighting the bridge, the mayor and council visibly showed excitement.

“And for the first time in its history we’re going to light up the lift bridge with Christmas lights,” Kozlowski said with a smile and a few chuckles from him and fellow board members. “That’s awesome.”

The mayor also expressed excitement after passing the contract with Holiday Lighting and Design for the display.

The lights and installation will be purchased mainly using money from the city’s summer fireworks fund.

The city cancelled its local fireworks show on July 4 because of the pandemic, Greater Stillwater Chamber of Commerce Executive Director Robin Anthony told the Gazette.

Starting in December, the traditional experiences will continue outdoors with Hometown for the Holidays that will include carriage rides, carolers, Winterfest and lighting the Main Street Christmas Tree, according to the chamber’s release. New outside experiences in the works are a fat tire rally, a downtown ice-skating rink, fire and ice hot air balloons and a mini ice castle that includes a maze.

“This has been a long time coming,” Kozlowski said in the chamber’s release. “We are more than excited to do what we can during this pandemic to help our business community and provide some experiences and beauty to our town in the wintertime.”