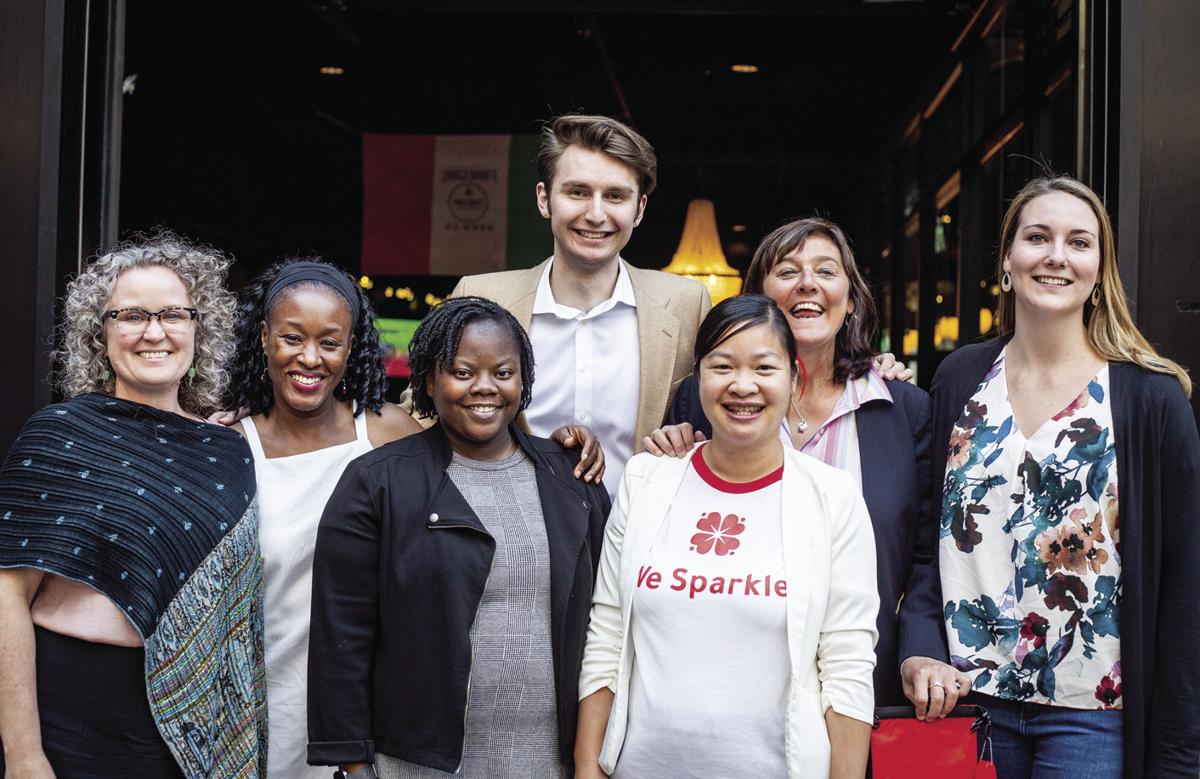 A new social enterprise nonprofit is hoping to have an economic impact in Minnesota and throughout the world.

Stillwater native Nick Alm co-founded the organization, called the Mossier Social Action & Innovation Center, with Charlie Rounds. The name is in honor of the Kevin J. Mossier Foundation that funded marriage equality in Minnesota, to support LGBTQ entrepreneurs throughout the world.

“The vision was we set out first and foremost to provide funding for the LGBT companies in the 70 companies where it is a criminal act to be gay,” said Alm, who serves as executive director of Mossier.

Currently, Mossier is involved with businesses in Uganda, Kenya and the Dominican Republic.

“What Charlie brought to the table was connections to global LGBT rights, and that’s where we found people who wanted to partner with us and they said they wanted to start new businesses,” Alm explained.

Mossier provides funding and technical assistance, such as connecting a chicken farm to people who can perform vaccinations.

“We really let people on the ground control the project,” Alm said. “We’re really in the business right now of funding the trial-and-error process that all entrepreneurs need that’s just way too risky for traditional philanthropy to support.”

Due to the legal situation in the countries where Mossier is involved, the social enterprise works with human rights organizations such as HIV/AIDS advocacy groups to help them find talented individuals who are creating businesses.

“We should not do that because we are not experts on some of those nuanced safety things that exist in those countries,” Alm said of finding LGBTQ entrepreneurs to support. “We always have thought that should be up to the leaders (in partnering organizations) to come up with sourcing talent from their network.”

For example, Mossier is helping to fund a taxicab company in Nairobi, Kenya, that employs clients of one of the partnering organizations.

“They’re getting medication or counseling or support from that group, and they have gone through a certain level of treatment and they’re at the level where they need employment to get that to that next stage of stability, to get housing or schooling or whatever they need to do,” Alm said. “They’re already beneficiaries of the organization and have relationships with our project leaders and have been determined to be most ready for that job or most in need of that job.”

While Rounds worked in the travel industry, Alm noted he did not have a background in travel when he began leading Mossier. A trip to the Dominican Republic last year became one of his earliest times leaving the United States. However, he has a background in business, with his parents working as entrepreneurs in real estate.

“I got to witness that growing up, and that was a big influence for wanting to work for myself,” Alm said.

While attending the Carlson School of Management at the University of Minnesota, the Stillwater Area high School Class of 2014 alum founded Compass, which he described as the first undergraduate LGBTQ student group to have a business focus at the university.

He did not see himself as a traditional business student who might land in investment banking, for example.

While raising money from corporate sponsorships for Compass, Alm said, “We recognized there was a huge need for companies to access LGBT talent and for LGBT talent to find good employment and places to work. It was a two-way partnership we created.”

He brought that background to Mossier. After he was selected for the inaugural FINNOVATION Lab Fellowship Program last year, Alm conducted two LGBTQ-focused workshops for Minnesota businesses. The grant program, funded by Finnegans Brew Co., provided $50,000 in support, dedicated workspace and education resources to allow Mossier to scale up, according to a description of the program’s effort. Alm subsequently worked on a grant for entrepreneurs in Kenya and began a partnership with such companies as 3M, the Mayo Clinic and Cargill.

Mossier began as a traditional nonprofit funded through donations, but Alm said that Mossier has a niche mission that did not attract as much funding as causes related to policy and health advocacy. As a result, Mossier became a social enterprise in which Alm works as a consultant in helping companies recruit and retain diverse talent. The funds raised through the effort go toward Mossier’s international mission.

“It’s been really awesome because I get to work with the champions of diversity and inclusion and champions of equity at companies,” he said. “They are really interested in making sure that these workplaces are welcoming to all kinds of different communities.”

Many companies do not have a strategy related to diversity, he added.

“I show up and I get to be that first assessment – here’s what we can do, here’s the vision, give them the strategies to get there – and that’s just so fun, especially when people are in it for the right reasons, because it’ s the right thing to do,” Alm said. “Yes, there’s money to be had, but the people I touch base with are in it for the right reasons, and that makes a huge difference.”

He said he wants to help make Minnesota a top destination for LGBTQ talent.

“We can do that,” Alm said. “We’re close to being number one. We just haven’t put ourselves out as much. New York and San Francisco have it more built-in, but we can own that mission and be a Midwest advocate for diversity. I think we have all the tools, and that’s what we tell people is the goal. The feedback we’ve gotten locally is so many people are grateful that there’s finally a Minnesota organization that’s focused specifically on the intersection of LGBT and business topics.”