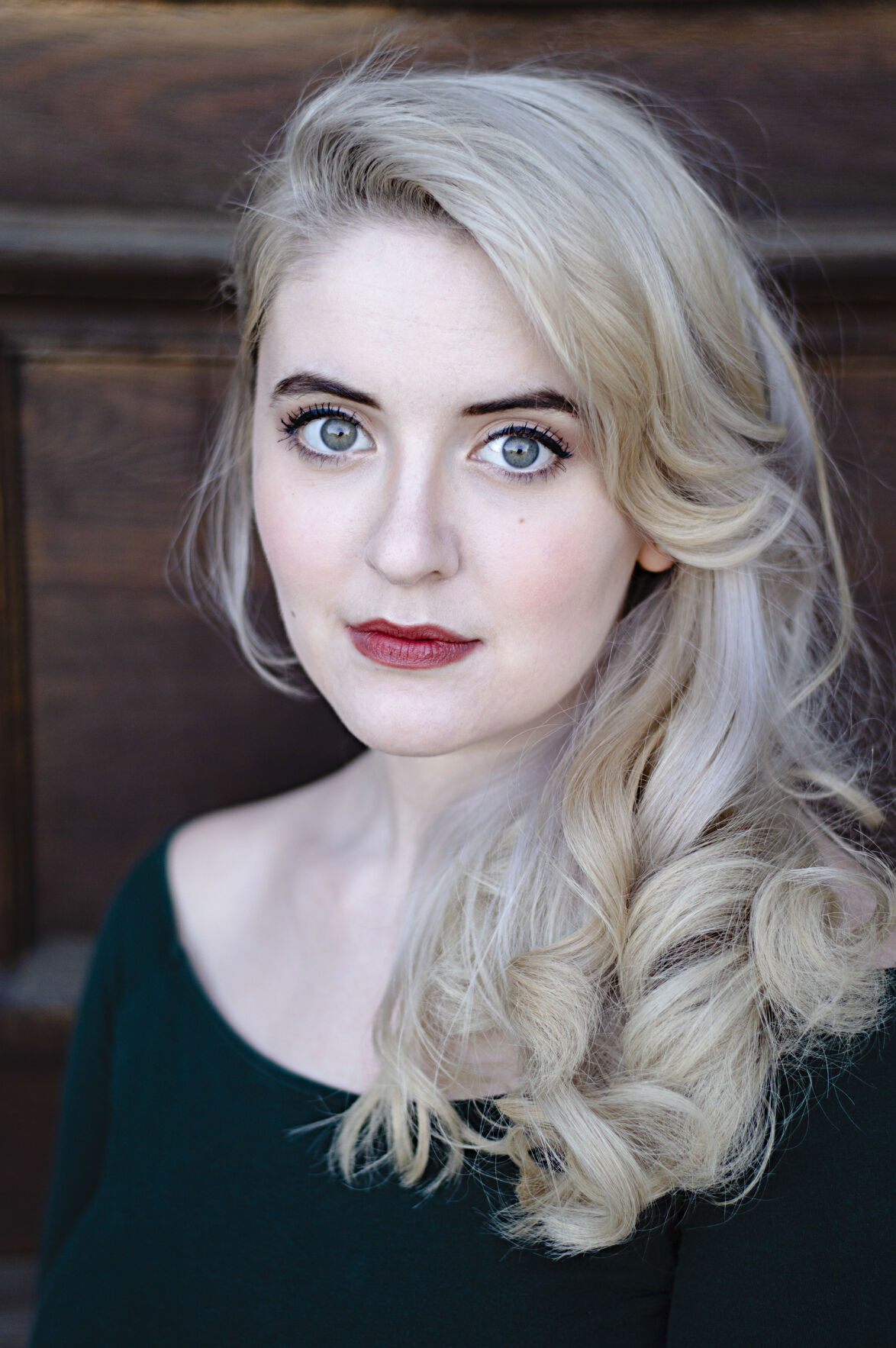 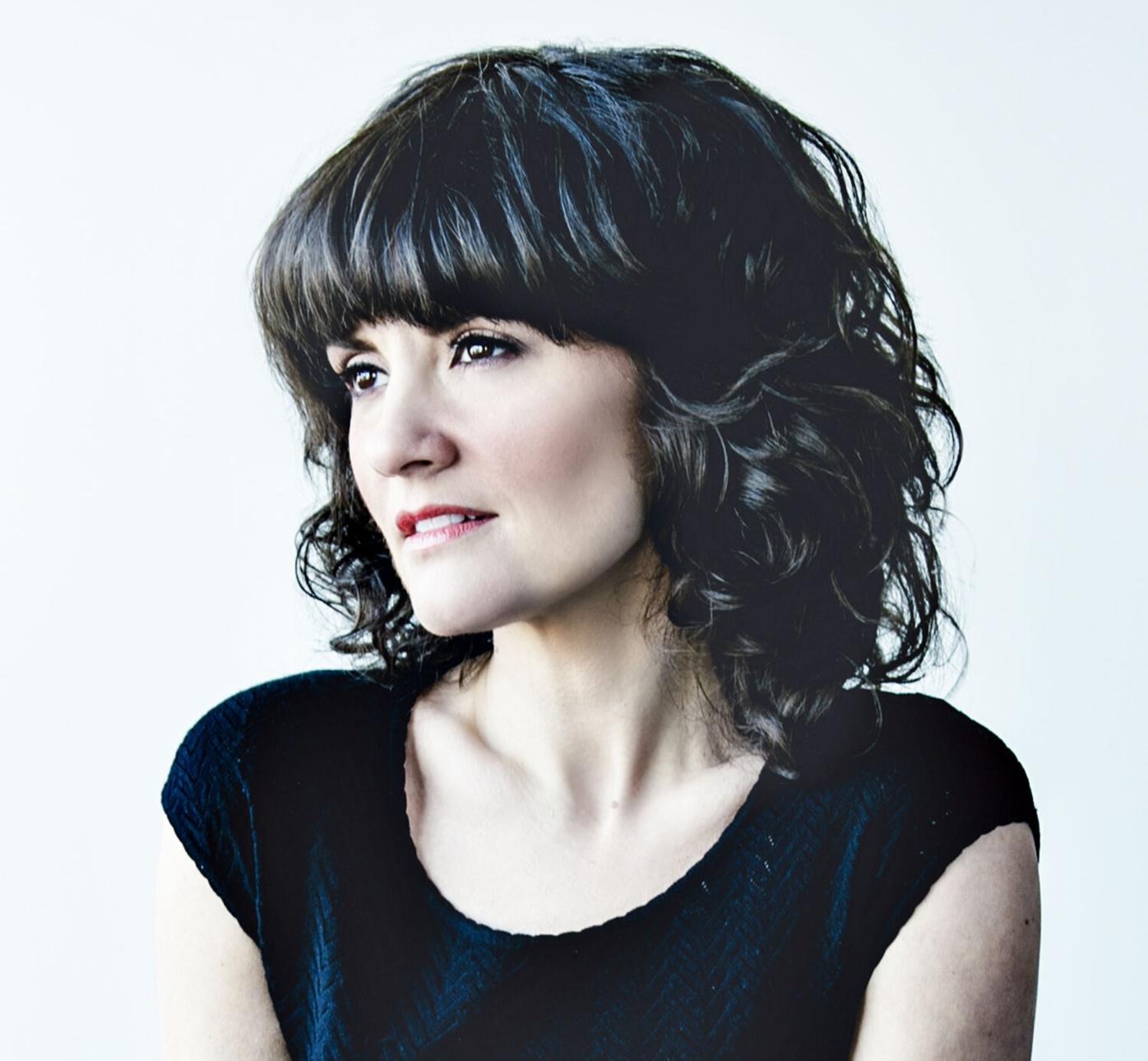 St. Paul actress Eva Gemlo has a lot to say in her upcoming role as Rosalind in The Zephyr Theatre’s production of “As You Like It.” The Shakespearean play will be staged from Aug. 11-15 at Valley View Park, 5421 N Osgood Ave, Oak Park Heights.

Key figure Rosalind rattles off at least 25 percent of all the lines in the comedy. Gemlo is a self-described “Shakespeare nerd,” but she still admits Rosalind is a daunting character with such a massive amount of dialogue.

Royal Rosalind, daughter of a duke, falls from favor with her unkind uncle and is banished from court. She flees to the Forest of Arden with her constant cousin Celia. Away from the restraints of court, Rosalind masquerades as a boy, Ganymede, to test Orlando, who proclaims his love for Rosalind. Meanwhile, clear-sighted problem-solver Celia, dressing down as Ganymede’s sister Aliena, challenges her cousin’s romantic notions.

Rosalind was subdued at court, but when disguised as Ganymede in the forest, she’s free to be witty, make jokes, play word games, and talk all the time. Sometimes, she’s even rude or snarky; often, she’s opinionated.

“You can’t shut her up,” Gemlo said with glee.

Rosalind as Ganymede is also wildly physical — a running, kicking, sprawling, rolling-on-the-ground youth. Apparently, it is fun and freeing to play the girl as a boy.

Gemlo portrayed several of the bard’s characters, and all others required period-correct women’s costumes.

“This is the first time I don’t have to worry about getting my dress dirty,” she said.

“As You Like It” is a love story. How else could it end with a mass wedding of four couples? But in The Zephyr’s production, director Randal Berger has kept the focus on the relationship between the cousins. That’s unusual.

“You don’t see a lot of best friends among Shakespeare’s women,” Gemlo said.

In this play, the cousins are inseparable.

“We are in almost every scene together,” Gemlo said. “Celia is Rosalind’s rock, her confidante. It is so much easier to play Rosalind when you have a Celia you trust.”

Gemlo found such a Celia in Sara Marsh. The Minneapolis actress is new to The Zephyr and new to Shakespeare.

But the decisive and determined Celia is a role Marsh loves to embrace. Celia propels much of the plot into action in “As You Like It,” Marsh said

Celia masterminds the flight to the forest. Celia comes up with the disguises. Celia remembers to grab some money on the way out the door. Celia voices skepticism of Orlando’s love for Rosalind. And Celia grounds her cousin when love makes Rosalind flighty.

“Celia is similar to many of the characters I’ve played — very forthright, confident. She has strong convictions and acts on them,” Marsh said. “She’s also earthy, very funny, and tells dirty jokes.”

Marsh is pretty funny herself. Marsh has never acted outside before. this role in “Shakespeare in the Park,” she predicts she will be recognized by her new signature scent — a heady mix of DEET and sunscreen.

Marsh is the founder and artistic director of Dark & Stormy Productions and serves as adjunct faculty at the University of Minnesota-Twin Cities.

Her film and television work includes roles in “Sugar & Spice,” “Love Always, Santa,” “Best Man Down,” “Theater People,” “The Public Domain,” “Jasmine is a Star,” “How to Kill a Mockingbird,” “Stuck in Mute” and “Rosie.”

Gemlo has had roles in four other Shakespeare in the Park productions at The Zephyr Theatre. In addition, she has had stage roles at DalekoArts, Walking Shadow Theatre Company, Theatre Coup d’Etat, New Arab American Theatre Work, Theatre Unbound and History Theatre.

Shakespeare will show up during Shakes Faire, The Zephyr Theatre’s expansion of “Shakespeare in the Park.” During the five-day run of the comedy “As You Like It,” more humor will be added, thanks to “Shakespeare LOL.”

Veteran Twin Cities’ actor Patrick O’Brien has compiled 10 scenes from the bard and will direct 11 professional actors through segments of humorous and clever dialogue. Most of the scenes are mined from Shakespeare’s comedies, but O’Brien has plucked some humor from “Hamlet,” too.

Shakespeare, portrayed by Matthew Saxe, will introduce each scene. Decked out in full Elizabethan regalia, the playwright won’t utter a word but will still bring to life the actors and their characters, O’Brien promised.

This will be the debut for the 60-minute-long “Shakespeare LOL.” The shorter show should appeal to younger audiences, O’Brien said. “There will be a lot of silliness,” he said. Some scenes will be quite physical — remember the

raucousness in “Taming of the Shrew” — and some will include stage combat, but there will be enough adult humor and repartee to keep parents alert and amused.

And there will be a dog. Donimino, a border collie mix, will play the role of the trouble-maker Crab in a scene from “Two Gentlemen from Verona” and could show up during a spot from “Midsummer NIght’s Dream.”

Shakes Faire will include puppets. Minneapolis-based Open Eye Figure Theatre will bring “The Amazing Cow Boat” with its cast of Old World marionettes and other puppets to the park. Puppeteers will tell the story of Charlie and his boat -- actually, his bathtub -- and his imaginative adventures.