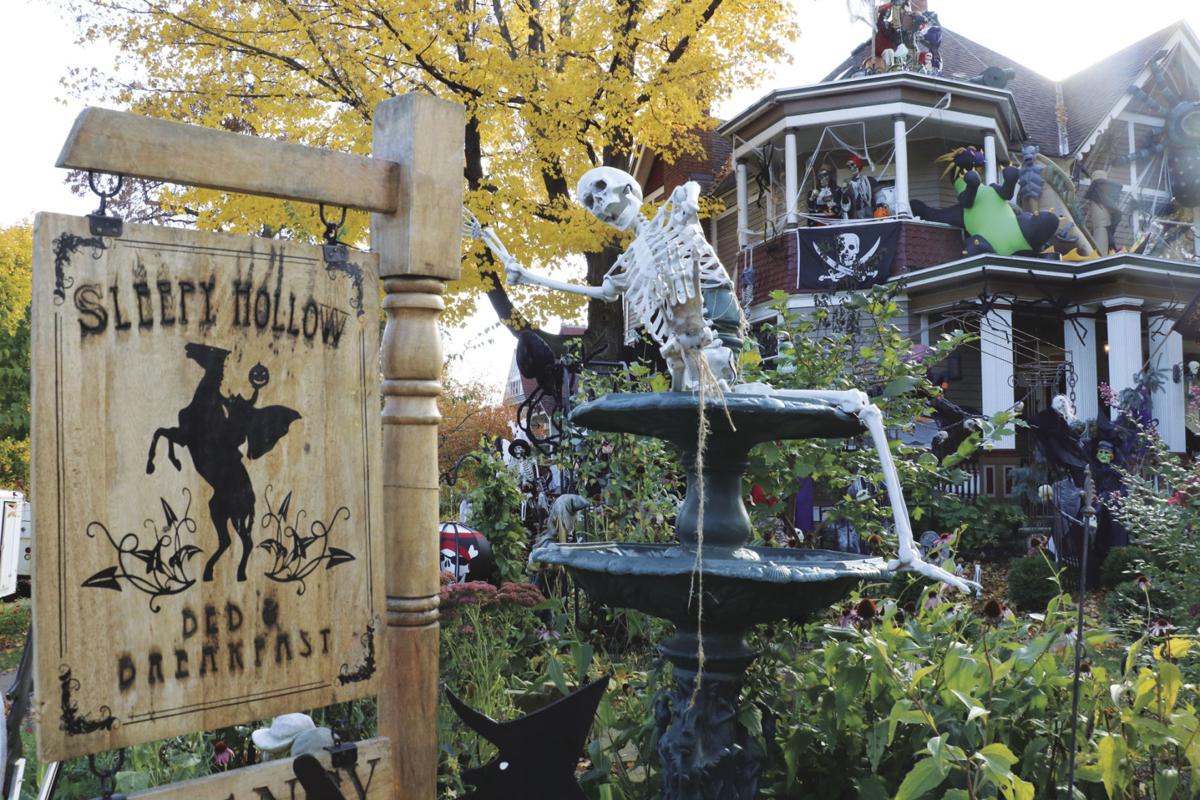 The Bracewell-Musson family on the corner of Fourth and Marsh streets gets into the spooky season with a home decked out in Halloween decor. (Photos by Kim Schneider) 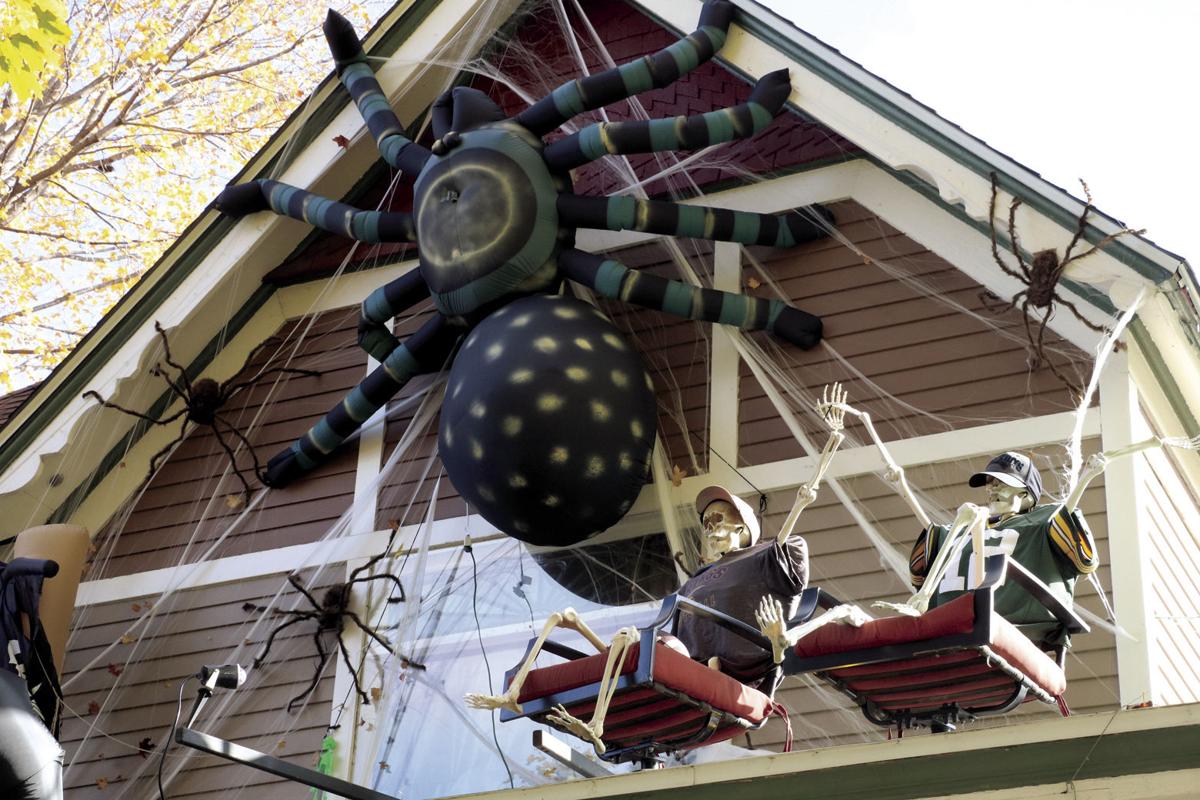 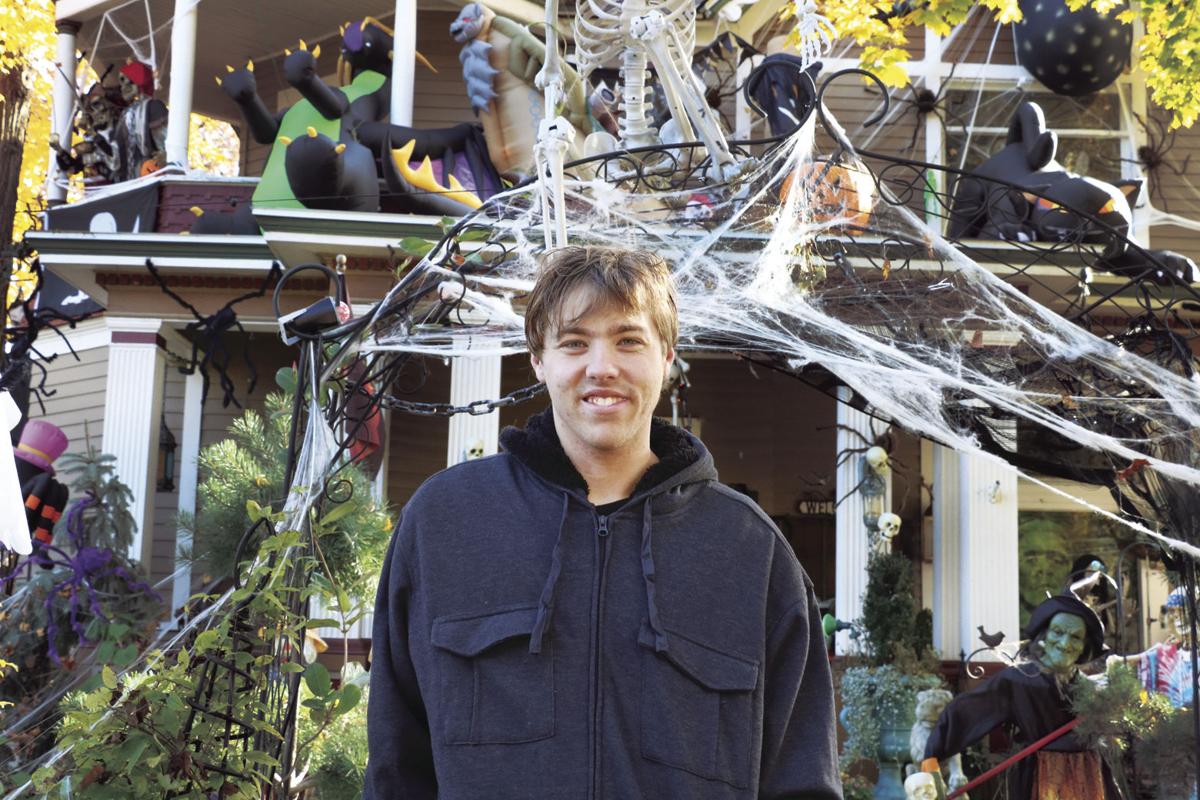 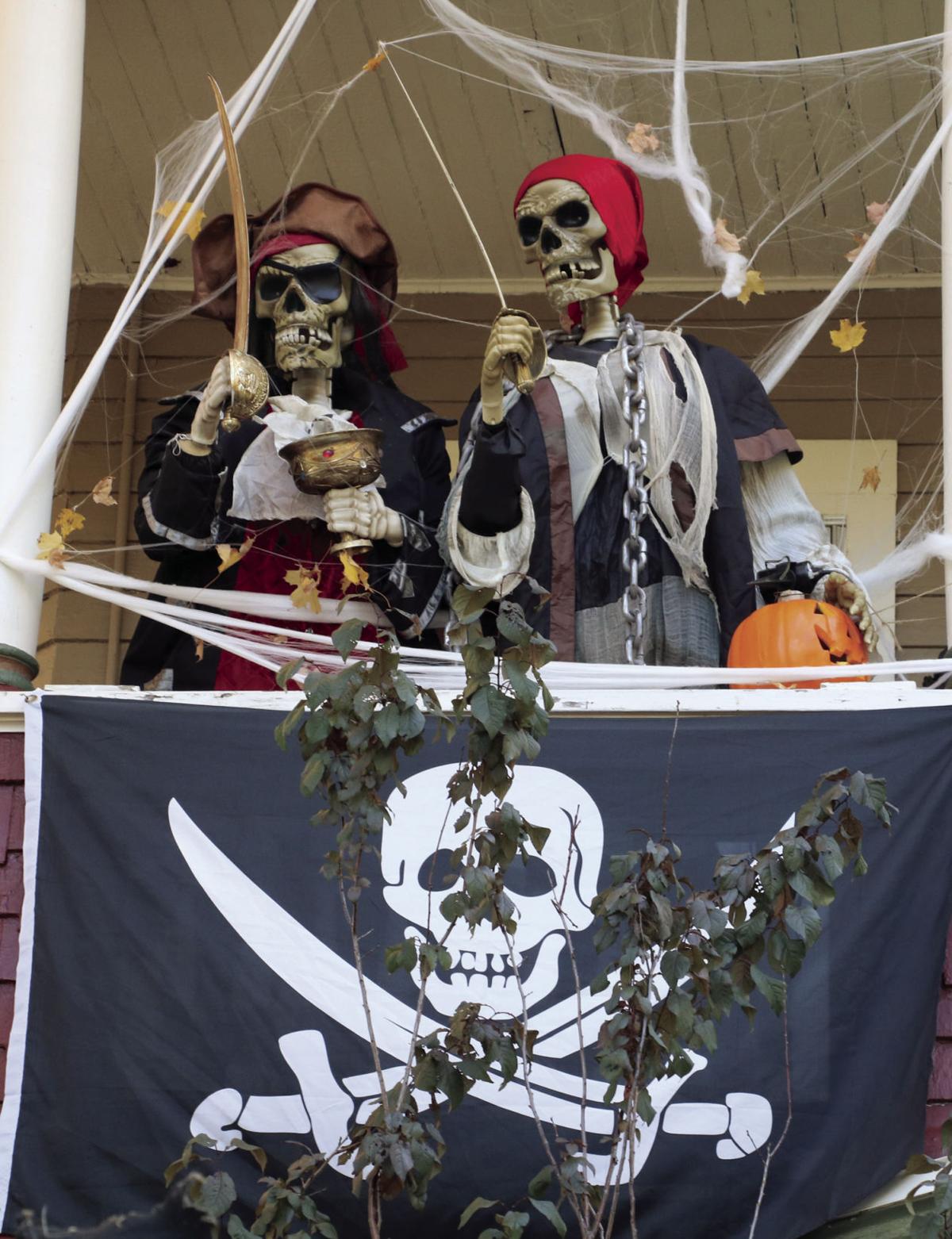 The Bracewell-Musson family on the corner of Fourth and Marsh streets gets into the spooky season with a home decked out in Halloween decor. (Photos by Kim Schneider)

At the house on the corner of Fourth and Marsh Streets, the face of Frankenstein’s monster peers through the window. Skeletons lie peacefully in graveyards. A skeletal Grateful Dead band plays, frozen in time, on the front porch.

Giant spiders dangle from windows. A witch hovers over a huge cauldron full of plastic skulls.

With three stories of outdoor decorations, the house, primarily decorated by Chad Bracewell, age 21, and his mom Michelle Bracewell-Musson, is unlike any other in the neighborhood this time of year.

Michelle started decorating her lawn for Halloween not long after Chad was born when they lived in Ontario, Canada. She met her husband in Detroit, Mich. and the couple later moved to California with their six kids, she said. They lived in California for 10 years before relocating to Stillwater about five years ago, she said.

“I think it just has really grown since we moved to Stillwater,” Michelle said. “The neighborhood has really embraced it.”

As the number of trick-or-treaters grew, Michelle said Chad grew too.

Chad is a person with special needs, she said, and as a result, speech can be difficult for him. Michelle added Chad’s communication skills have developed through giving kids tours of their spookified front yard.

While it might not seem like a big deal to some, Michelle said she and Chad have also gotten better at working collaboratively.

“This year, we were able to work together,” Michelle said. “For me, it’s always a big deal.”

Chad and Michelle start decorating the front yard on Labor Day weekend each year. Michelle estimated it takes about 30 hours to set everything up. Many of their decorations were gifts or donations, she added.

“We just add a little bit probably every few days,” Michelle said. “We really try to make it friendly.”

They use zip ties, chicken wire, rope and gardening supplies to prop the decorations up and keep them from blowing away in the wind.

“We tie it all down with bricks and rocks,” Michelle said.

They also change the theme every year, Chad said. Last year, they had more pirates. Pirate lovers, don’t worry. The skeletons of Jack Sparrow and his mates are still on the roof, along with a blow up pirate ship.

Chad added he’s most excited about a new decoration this year: a huge, blow up green serpent on the roof that breathes fog.

Michelle added a new sign they placed on the corner of the front yard, “Sleepy Hallow Bed and Breakfast,” has encouraged a few people to wander in inquiring about vacancies.

“We get asked all the time if we’re a Bed and Breakfast,” Michelle said.

The tricky part about decorating for a holiday focused on death is ensuring it’s kid friendly, she said. Chad is part of making it more inviting on Halloween, Michelle said. One year, he dressed up as Abraham Lincoln and responded to kids who were afraid of the decorations.

When he’s not decorating the front yard, Chad works part-time at Walmart and as a greeter at Spirit Halloween in Stillwater. Chad also plays Jim Younger, one of three brothers who helped Jesse James rob a Northfield, Minn. bank in 1876, on The Zephyr Theatre’s Haunted Trolley Tours.

For the Bracewell family, front-yard decorations don’t stop after Oct. 31.

When Nov. 1 rolls around, Chad and Michelle pack up the Halloween decor quickly before snow hits. Then, the spooky yard turns into a winter holiday scene for Christmas.