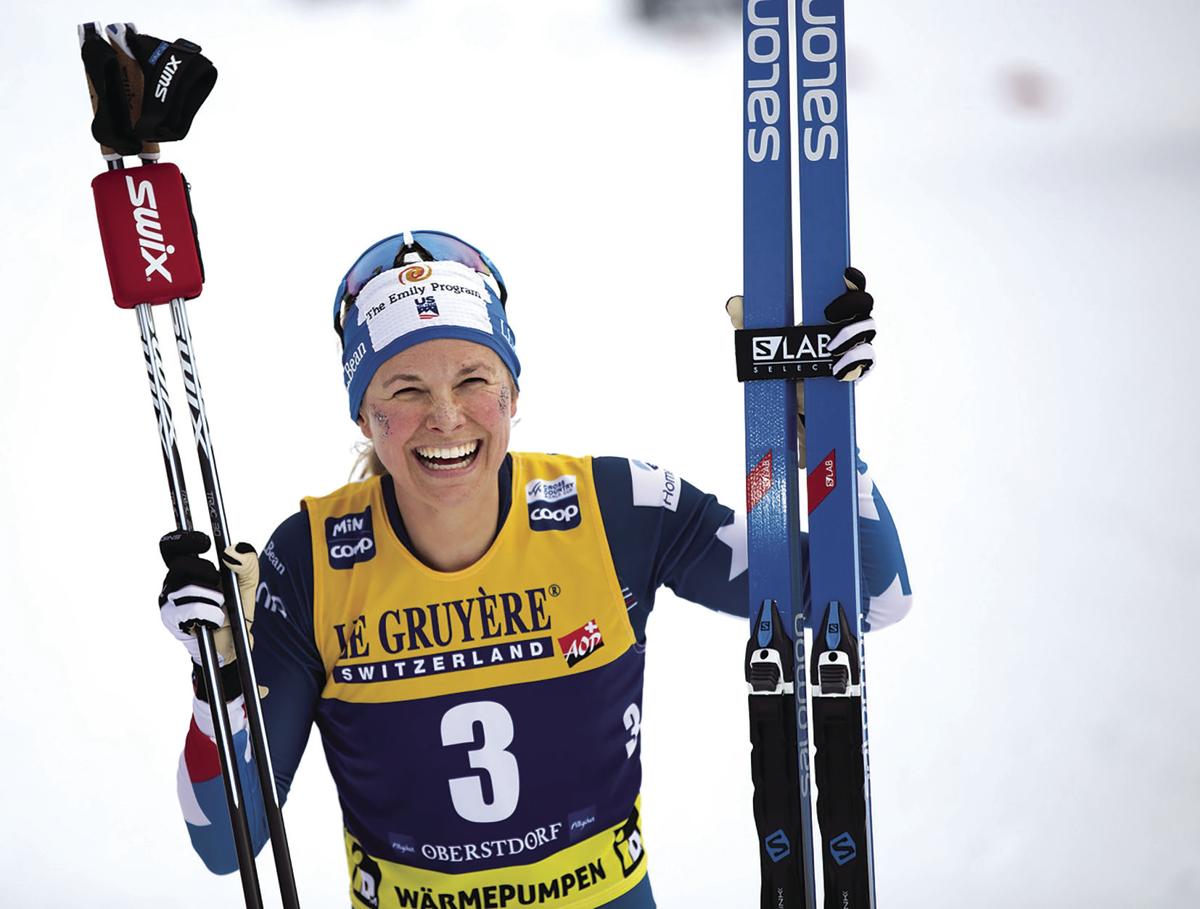 Shown after a third-place finish in World Cup classic sprint in Oberstdorf, Germany on Jan. 26, Afton native Jessie Diggins will return to Minnesota as the state hosts a World Cup race for the first time since 1985 on Tuesday, March 17 at Theodore Wirth Park in Minneapolis. (U.S. Ski & Snowboard photo) 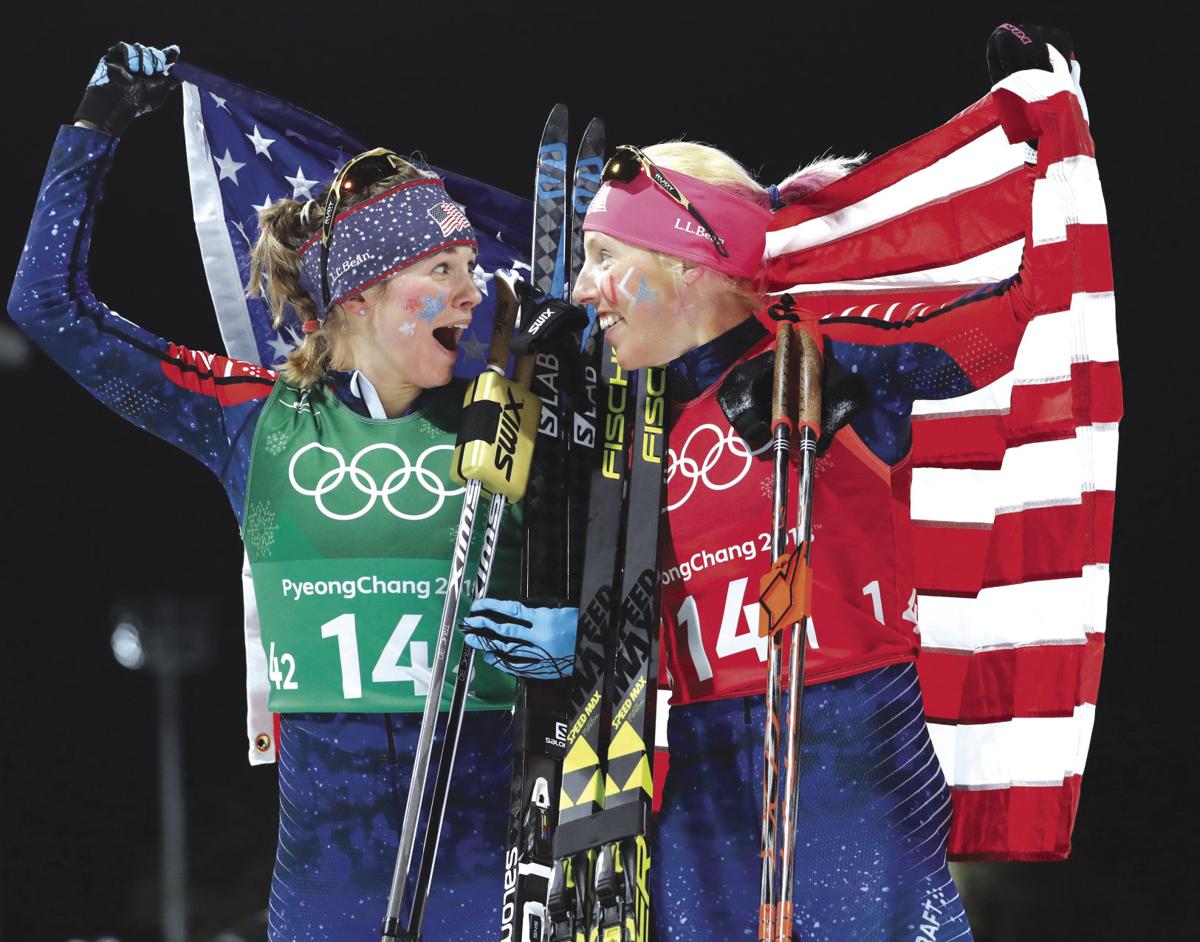 Shown after a third-place finish in World Cup classic sprint in Oberstdorf, Germany on Jan. 26, Afton native Jessie Diggins will return to Minnesota as the state hosts a World Cup race for the first time since 1985 on Tuesday, March 17 at Theodore Wirth Park in Minneapolis. (U.S. Ski & Snowboard photo)

Before making her widely anticipated return to Minnesota for next week’s FIS Cross Country World Cup Sprint Finals, Afton native Jessie Diggins made a brief stop in the St. Croix Valley before rejoining her U.S. Ski Team members in Quebec.

After competing in Canada this weekend, Diggins and the rest of the world’s top skiers will arrive at Theodore Wirth Park in Golden Valley on Tuesday, March 17 for the World Cup Sprint Finals. It’s the first time a World Cup race has been held in the United States in nearly two decades.

Following that, Diggins and the U.S. Team will return to Canada for the final World Cup races in Canmore on March 20-22.

The 2010 Stillwater Area High School graduate joined her former coach Kris Hansen for a ski on the rapidly deteriorating trails at Lake Elmo Park Reserve last weekend. Diggins is usually on the road until April in a typical season, but Hansen said the former three-time state pursuit champion is eager for an earlier return to Minnesota to race in an event she was instrumental in bringing to the state.

The last World Cup race held in the United States was in 2001, a prelude to the 2002 Winter Olympics in Salt Lake City. There was little chance a World Cup race would arrive in Minnesota until Diggins began a public push after winning a gold medal with teammate Kikkan Randall in the team sprint during the 2018 Olympics. The history-making gold medal — following an epic stretch across the finish line — quickly turned Diggins into the sport’s biggest ambassador in this country and two years later a home race is coming to fruition.

“This is what she invested her gold medal political capital to do,” Hansen said. “She’s really excited to have kids come out and see this caliber of race. It was definitely on her list and she knew something like an Olympic gold medal is the only way to push an event like this in the United States.”

As expected, the St. Croix Valley will be well represented along the course at Wirth Park. There are three school buses full of students and citizens leaving from SAHS on March 17 to attend the race.

The last time a World Cup race was held in Minnesota was 1985 at Giants Ridge in Biwabik. That event featured Hansen and another former Stillwater skier Kevin Brochman.

“Both Kevin and I skied in that event, which is pretty cool,” Hansen said. “I don’t remember what I placed, but I get it was pretty far back.”

Diggins is still looking for her first victory of the season, but she’s landed on the podium six times, including the U.S. Team’s second-place finish in the 4 x 5-kilometer relay in Lillehammer in December. She currently ranks eighth in the individual World Cup standings and seventh in the overall sprint standings.

“She’s had a good season and she feels much better about the season than she did last year,” Hansen said. “What I got from talking with her is that she’s just so excited to have this event here — for her, but also all of us in those buses.

“I hope she has a great race, but it also doesn’t matter because she has managed to bring this really spectacular event right into the heart of Minnesota. It’s such an amazing accomplishment.”

After experiencing good ski cover and conditions for much of this winter, the early thaw has melted much of the snow found in the Twin Cities but that should not be a problem at Wirth Park. Organizers have been making snow all winter to provide a surplus that can be moved onto the course and provide suitable conditions for racers.

The bleachers and stadiums and bridges have been installed and Diggins visited the course for some intervals this past weekend. Hansen said despite the melting snow nearly everywhere else, the course sits on a meter of snow.

“I watch all the World Cup races and I bet half the venues were a strip of snow running through the woods with no snow on either said,” Hansen said. “I think Wirth will be one of the snowiest venues we’ll see this year. Jessie said it’s far more typical to race on artificial snow.”

This will also be Hansen’s first opportunity to watch Diggins in person since traveling to Sweden for a race five years ago. A few years before that, she watched Diggins compete in Quebec.

“Both experiences were fantastic and unreal,” Hansen said. “I’ve been skiing and racing my whole life and being at those events was a whole new experience for me. It was really fantastic.

After finishing the World Cup season, Diggins is also scheduled to return to the St. Croix Valley for a book release party on Sunday, April 5 at Stillwater Area High School. Along with co-author Todd Smith, Diggins penned the book “Brave Enough”, which was released on March 10.

Copies of “Brave Enough” are available at Valley Bookseller in Stillwater or can be pre-ordered and picked up at the book launch event, which will run from 3-5 p.m. The event is free and open to the public, but pre-registration is requested at digginsbook.eventbrite.com.

“I have read it cover to cover,” Hansen said. “I think it’s a great book. I know Jessie well and for me the power of it is going to be to use it as a tool with my high school athletes having good conversations about life balance and nutrition and eating. It’s a valuable book for coaches, athletes and parents.”