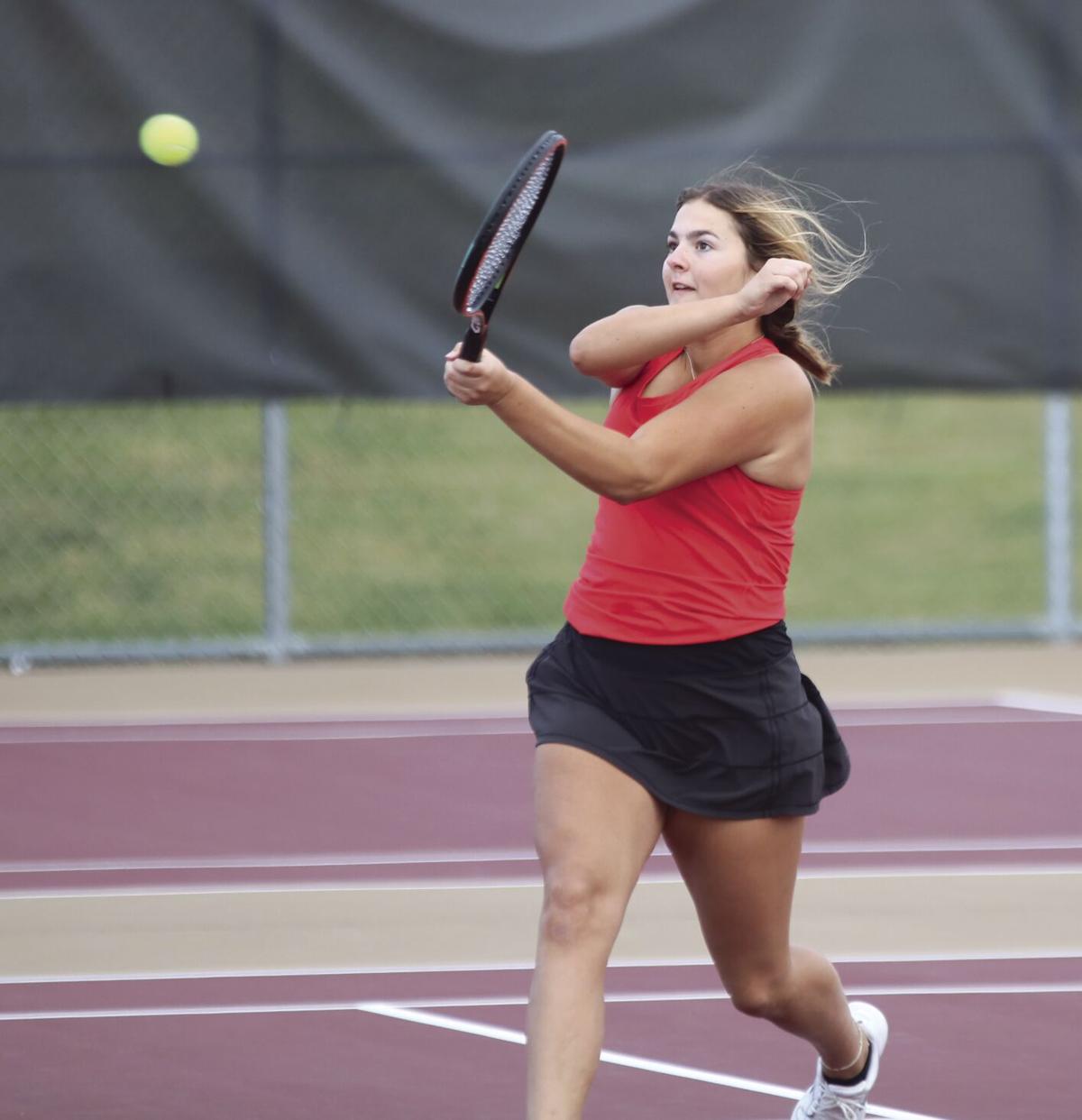 Stillwater's Cat Smetana returns a shot at the net while posting a victory with Keira Murphy at second doubles. (Gazette staff photos by Stuart Groskreutz) 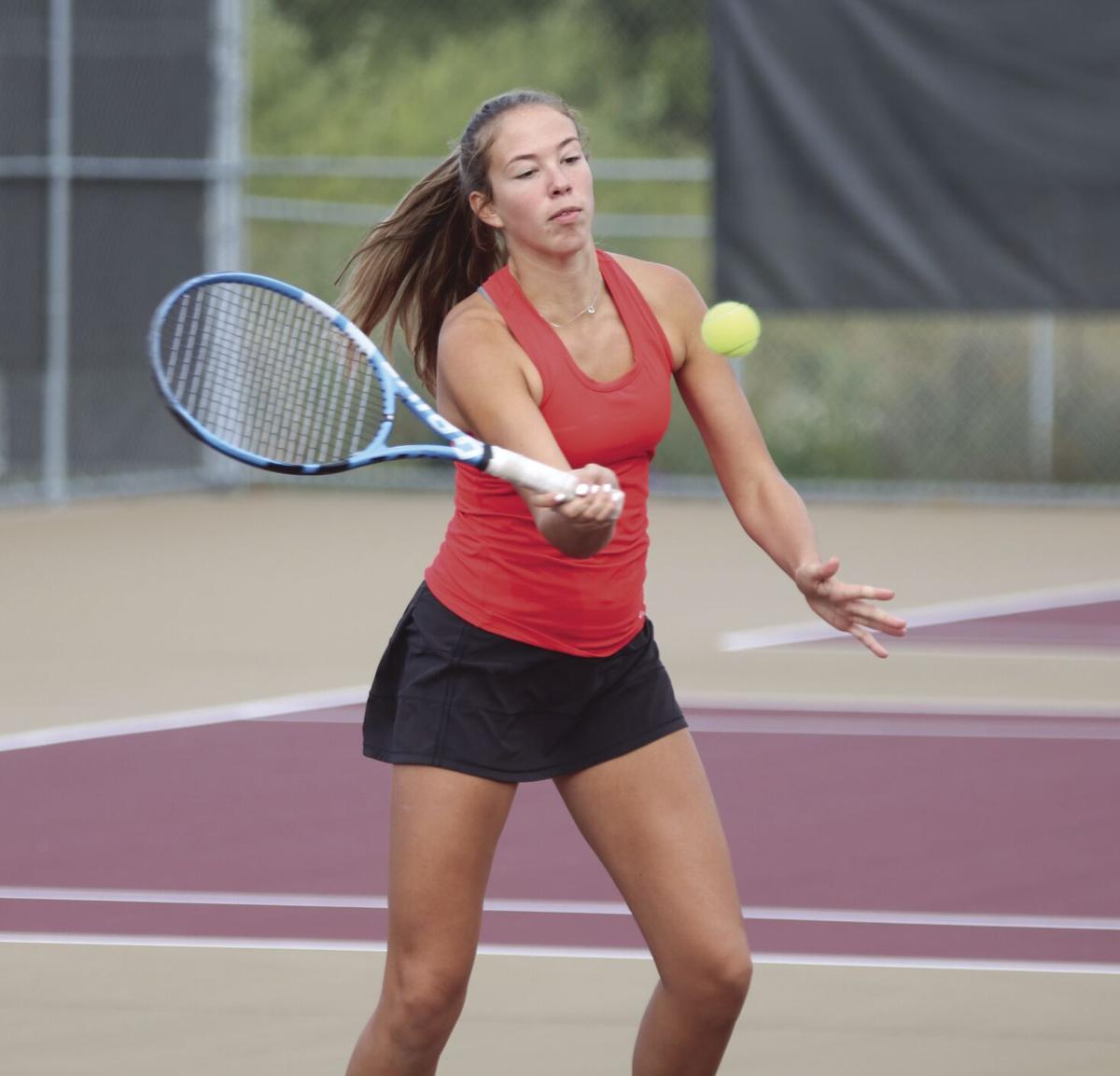 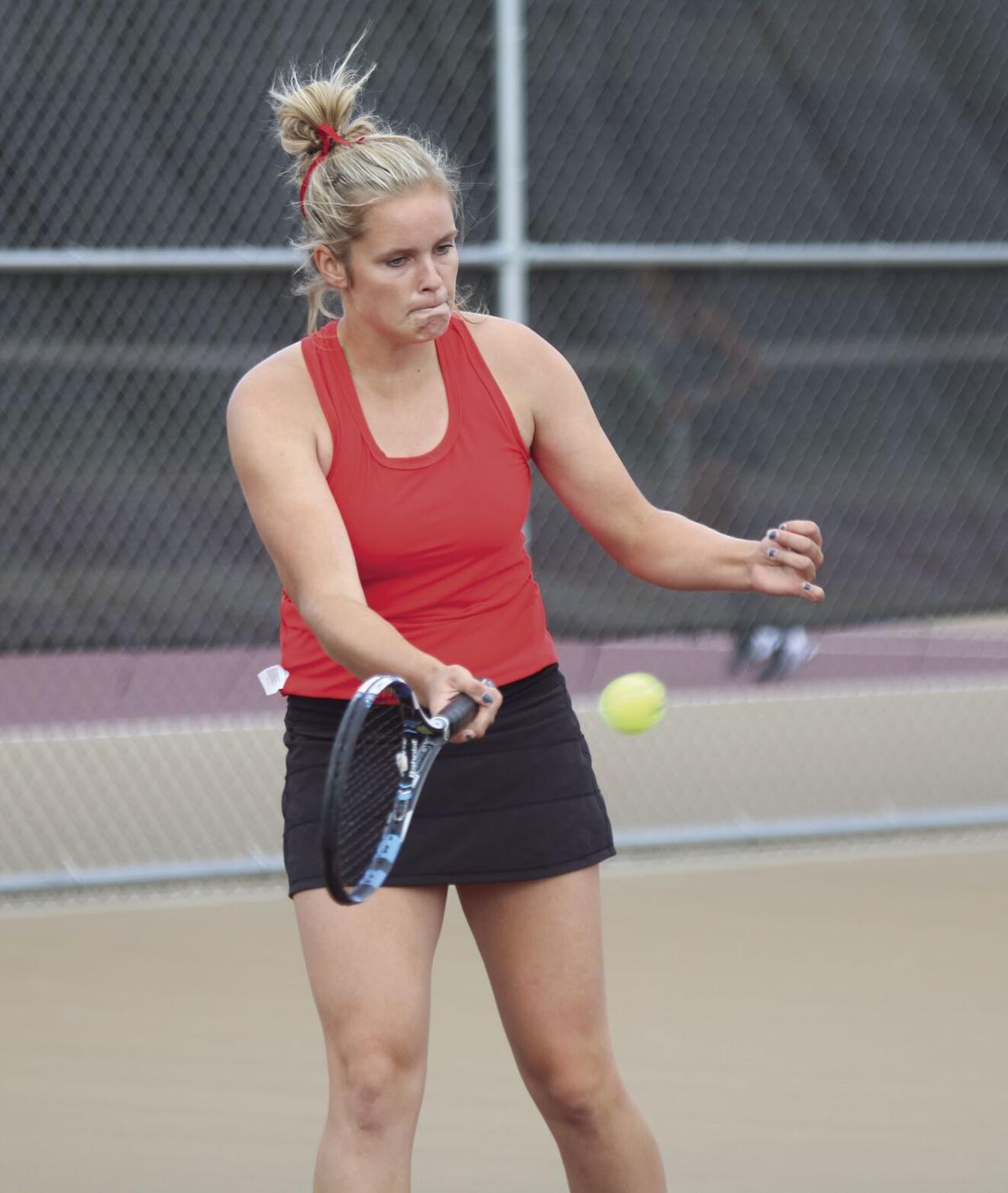 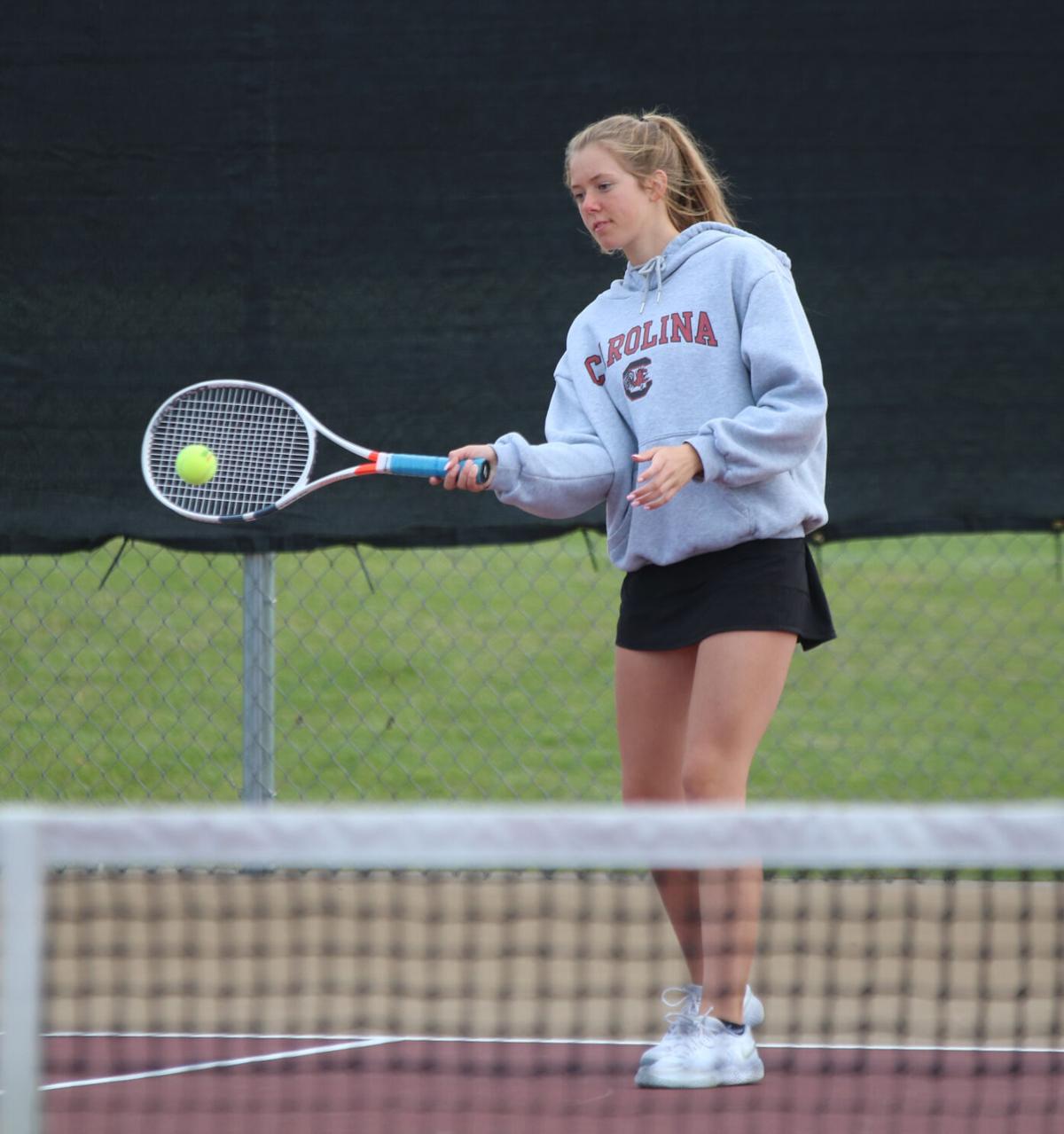 Stillwater's Cat Smetana returns a shot at the net while posting a victory with Keira Murphy at second doubles. (Gazette staff photos by Stuart Groskreutz)

Allison Benning and Lizzie Holder led the way atop the doubles lineup for the Ponies, posting a 6-2, 6-2 victory over Anna Holm and Audrey Graham. Keira Murphy and Cat Smetana followed with a 6-2, 6-2 victory at second doubles while Mara Doe and Brynn Wurgler added a 6-2, 6-0 triumph at third doubles.

“We had a really impressive performance against Cretin,” Ponies coach Dave Kahl said. “The team across the board played really well, and beat a strong squad.”

The Raiders earned their only point at No. 2 singles, but Stillwater received straight-set victories from Julia Fontaine and Abby Kyllo at third and fourth singles.

At Roseville, in the tightest match it has played since a 5-2 victory over Woodbury in the season opener, Stillwater fell to Roseville 4-3 on Tuesday, Sept. 22 at Roseville Area High School.

The loss ended a three-match winning streak for the Ponies (6-2).

Stillwater’s week started with some adversity as No. 2 singles player Abby Anderson suffered a wrist injury that will keep her sidelined.

“We knew we were going to have a real challenge to get a singles point from Roseville,” Ponies coach Dave Kahl said.

Roseville’s Nikki Ridenour, a state singles qualifier in Class AA a year ago, defeated Jana Myers 6-3, 6-1 at first singles. The Raiders did not lose more than two games in each of the remaining matches at second, third and fourth singles.

“They start with one of the very top few players in the state, and all four of their singles players are very strong,” Kahl said.

Stillwater had more success in doubles, winning all three matches in straight sets.

“While we won all three doubles quickly and decisively, we could not get that fourth point as all four singles matches went Roseville’s way,” Kahl said.