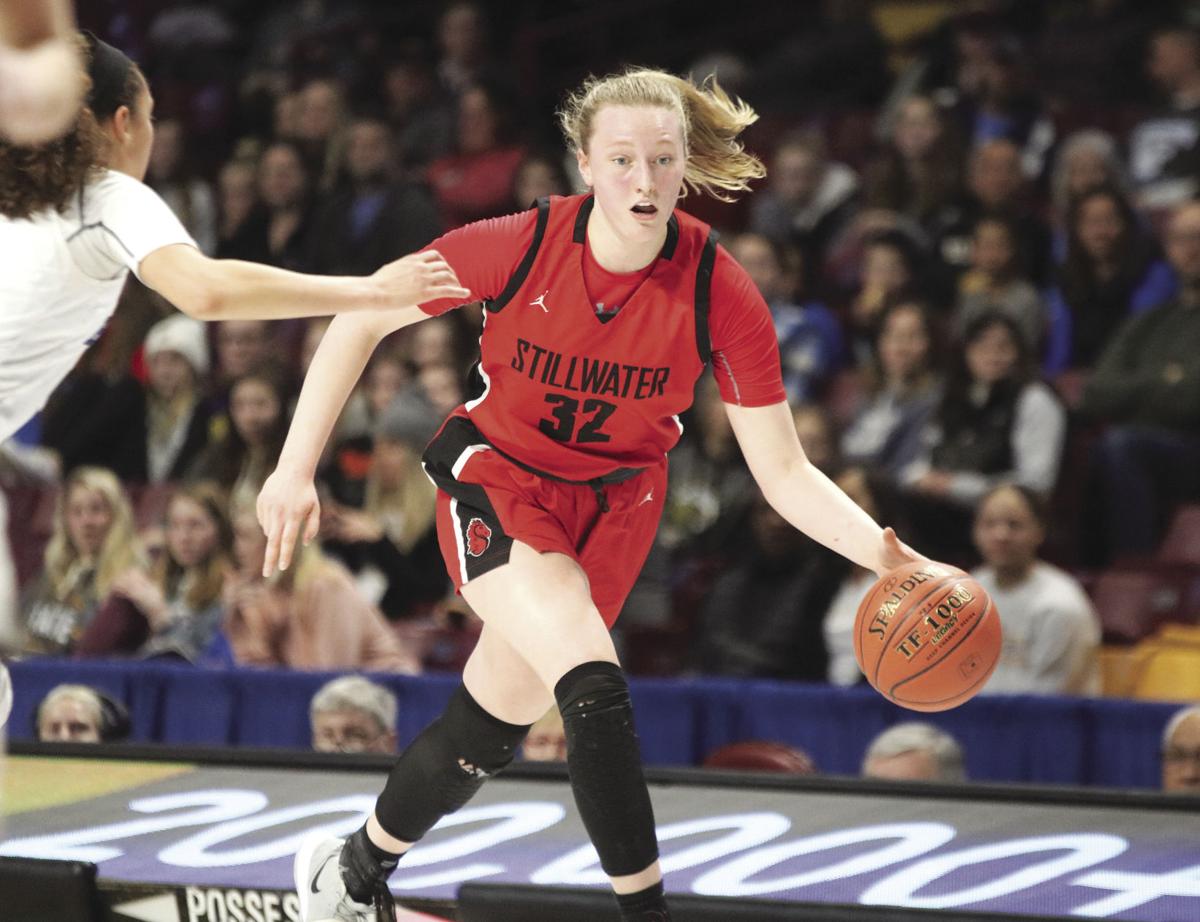 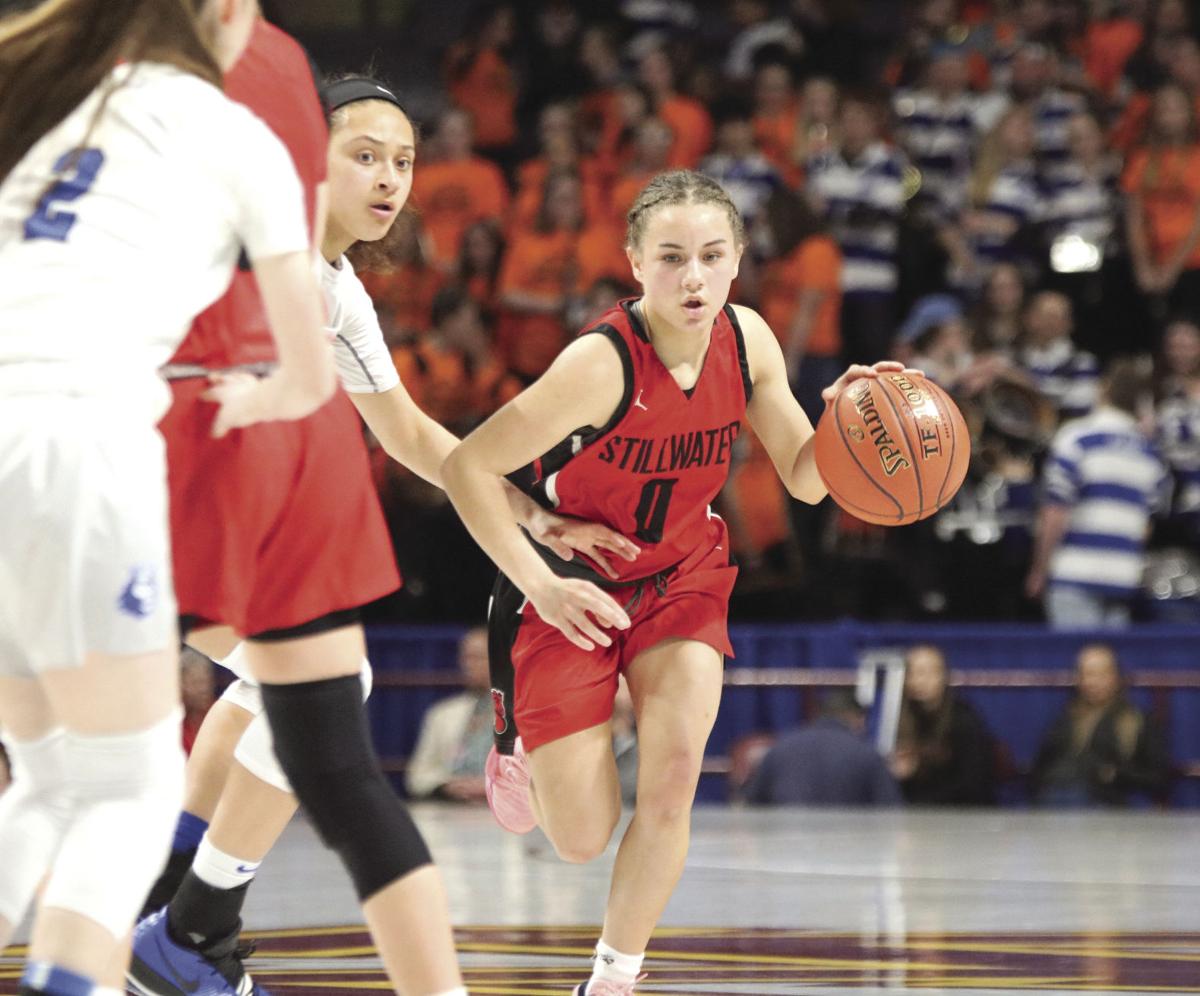 The Stillwater girls basketball team finally celebrated a season worthy of recognition with an online awards banquet held on Wednesday, May 20.

Senior forward Liza Karlen and junior guard Alexis Pratt were co-recipients of the Most Valuable Athlete Award after leading the Ponies to their second straight state tournament appearance.

Stillwater finished with a 24-6 record, including 17-1 to win its second straight Suburban East Conference championship. The Ponies also defeated East Ridge 83-37 to win their second straight Section 4AAAA title and advance to state for just the fourth time in program history. Stillwater’s previous trips to state occurred in 1984, 1988 and 2019.

The Ponies routed fourth-seeded Park Center 82-52 in the state quarterfinals before falling to top-seeded Hopkins 66-40 in the state semifinals. That game was among the last played in Minnesota this winter as the remainder of the state tournament was eventually canceled due to COVID-19, which also wiped out an in-person banquet for the Ponies.

“Under the circumstances, I think it went well,” Stillwater coach Willie Taylor said.

Stillwater’s 24 victories is the second highest total in the program’s history.

Despite outscoring its SEC opponents by more than 31 points per game this season, the Ponies received the same number of all-conference selections as runner-up Roseville (14-4, 18-8) and third-place East Ridge (12-6, 16-10).

Stillwater is 33-1 in the conference the past two years.

“The experience I had this last year at Stillwater was the best experience I have had,” Taylor said. “For us to do what we did after the players that we lost to graduation and injury, I think that’s a pretty good season.”

Karlen and Pratt were each named to the Star Tribune All-Metro Third Team and finalists for the Pioneer Press Metro Player of the Year Award.

Karlen, a Marquette University recruit, was selected to play in the MGBCA All-Star Series and was a finalist for the Ms. Basketball Award, which went to Hopkins standout Paige Bueckers.

After averaging 16.8 points and 10.2 reboudns per game as a senior, Karlen finished her prep career with 2,098 points and 1,248 rebounds. Karlen, who played two seasons at St. Paul Central, still ranks eighth on Stillwater’s all-time scoring list with 882 points and is also third with 633 rebounds for the Ponies.

Pratt, who received honorable mention all-state recognition from the MGBCA, led the Ponies in scoring at 18.0 points per game and also averaged 4.3 assists and 3.4 steals per contest.

She has scored 2,205 points in her varsity career, including 1,542 for the Ponies — which ranks second all-time at Stillwater behind Sara Scalia (2,611 points).

“All the seniors are playing college basketball and it’s just a great group of kids,” Taylor said. “It was a fun group of kids to coach this year with great leadership all the way around. We had a good year this year.”

Carr, Pratt and Amber Scalia were also named captains for next year’s squad.

Award winners were also announced for the JV team, which finished with a 19-6 record and tied Forest Lake for the conference title at 15-3 after defeating the Rangers in the final game of the regular season.