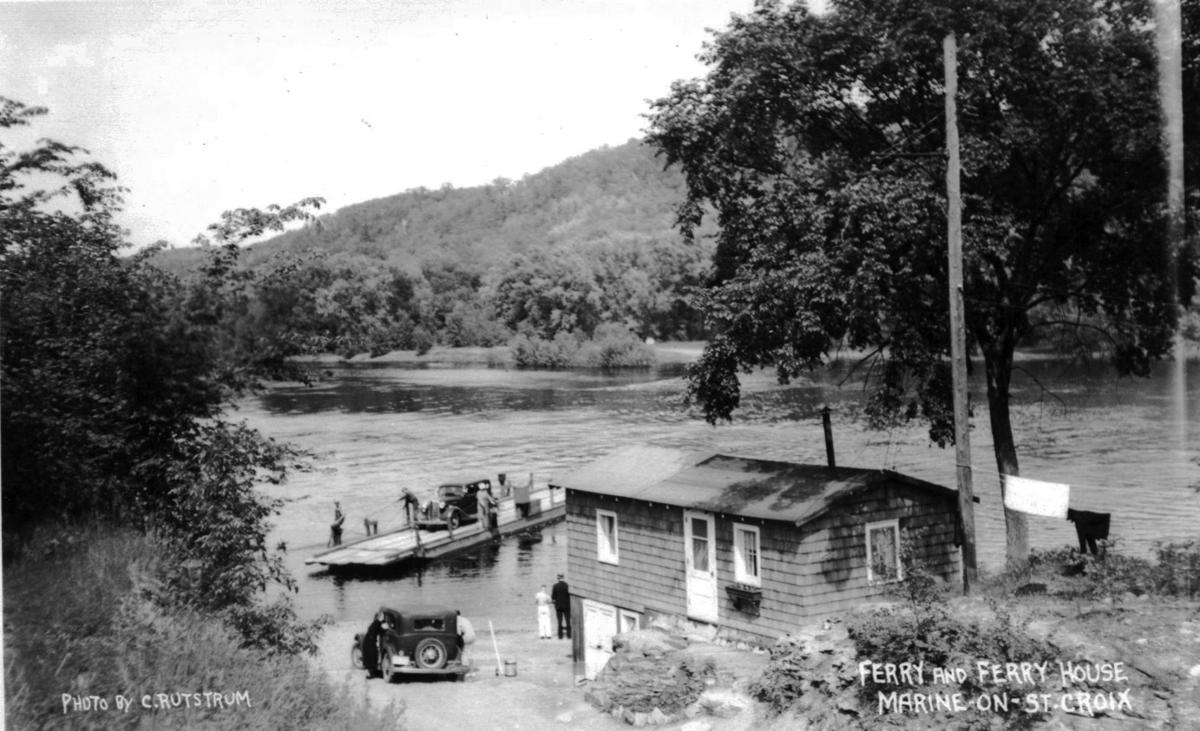 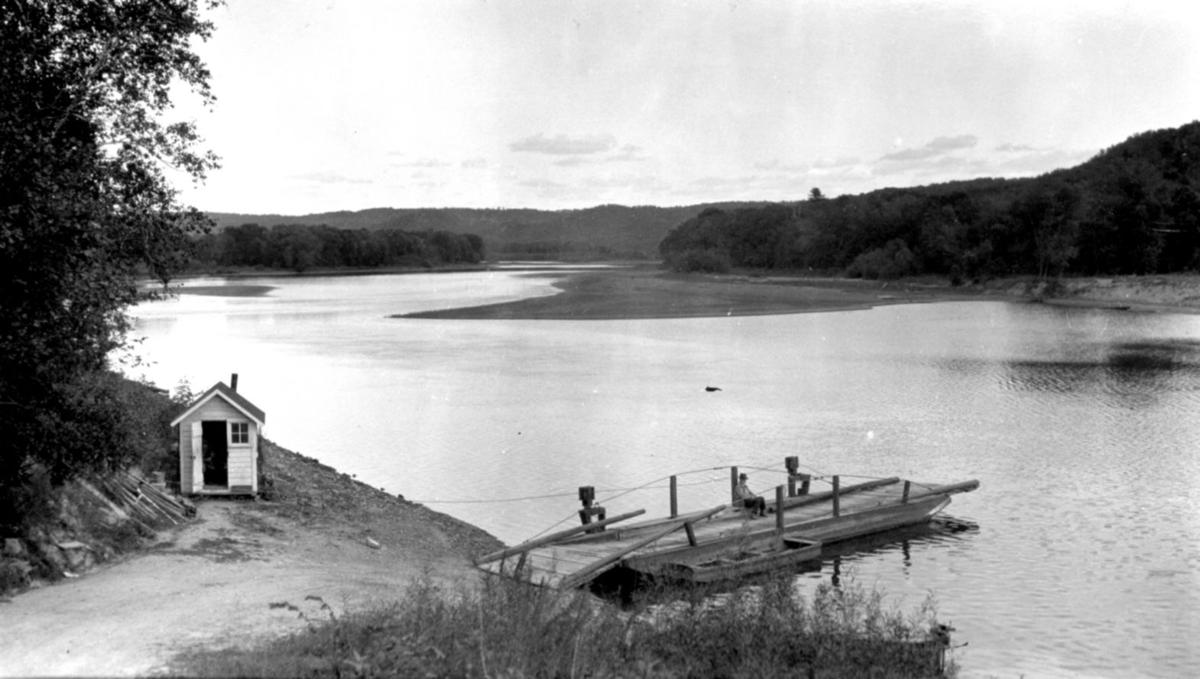 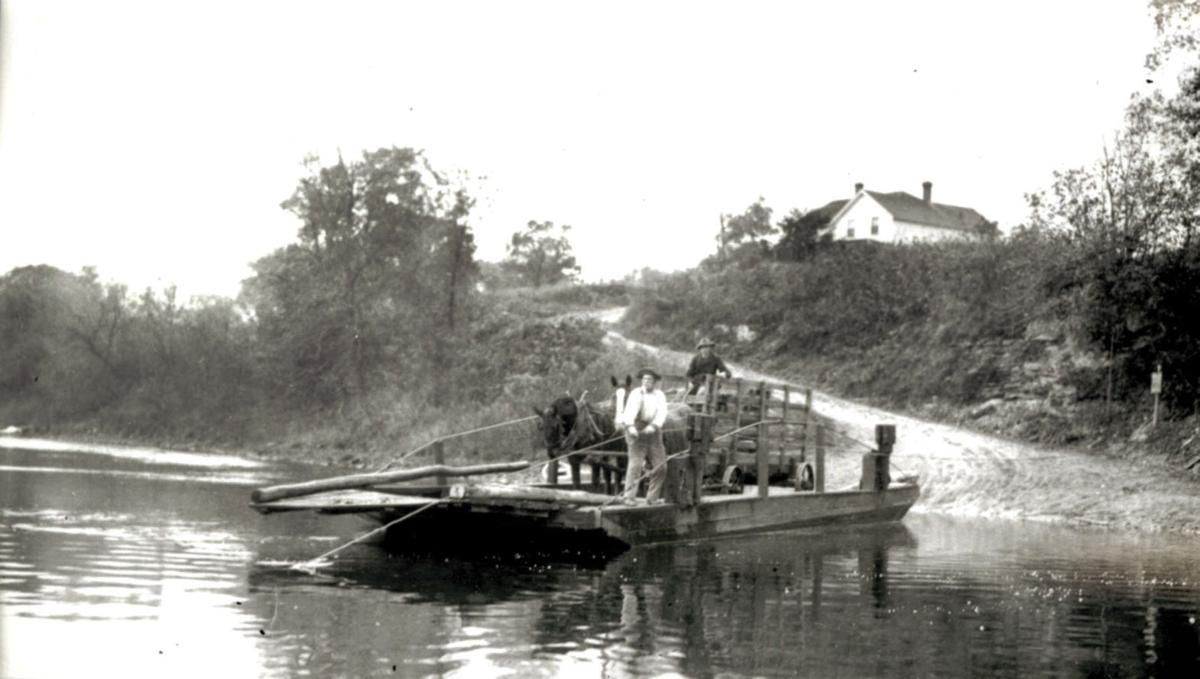 It has always been a part of our heritage to try to cross the river. As soon as the area was opened to settlement, there have been plans for bridges and ferries so that people could cross the St. Croix River.

One of the first ferry crossings noted was at the “battle ground” site at the head of Lake St. Croix. The Crawford County Commissioners granted this crossing to Joseph R. Brown in January 1840. This is now the site of Stillwater and it really isn’t known if anyone used the site as a ferry crossing. In 1856, the Minnesota Territorial Legislature gave permission to Hiram Berkey of Marine to operate a ferry at Marine Mills, a ferry that would operate for nearly 100 years.

By 1868 Diedrick van Hollen was operating the Marine Ferry. In the Aug. 24, 1877 issue of the Stillwater Lumberman, it was reported that that the “rates at the Marine ferry were reduced to about two-thirds of those charged at the Taylors Falls toll bridge.” This was about a year after the Stillwater bridge opened and probably was taking some business away from the ferry.

The ferry would suffer during high water and would also be taken out for repairs, and this left the people high and dry in regards to crossing the river. In 1881, the Lumberman reported that the ferry was not operating “on important occasions” and that “Commodore Holm [van Hollen] will take a team across in a wanegan. This is a great drawback to the business interests of the village as it shut off all trade with the Wisconsin side.” The notation in the paper then concluded that a “bridge is wanted here” at Marine.

The topic of who actually would operate a ferry in Marine would come up every now and then. On Feb. 28, 1891, Mayor Peter J. Carlson and the village council gave Mathias Heller exclusive rights to operate the ferry for five years. In April, it was reported that it was van Hollen that held the franchise for that same ferry from the Wisconsin shore to Marine. The paper commented that “it is hoped some agreement may be reached” but Heller remained the ferryman for the next few years.

Over the next years the ferry operator changed from Heller Joseph Mattison, then Roy and Frank Palmsteen. Henry Otis, a Marine Civil War veteran operated the ferry in 1904 and then Charles Westergren and Swen M. Magnuson were the ferrymen until 1914.

The ferry was guided by cables which went across the width of the river. The Marine cable was unusual because it was under the water by five or six feet and would only come out of the water just long enough to cross one side of the ferry. There were signs alerting boats of the cable and not to go past the ferry when it was crossing. This sometimes didn’t help and a passing boat would get caught in the cable. In 1868, ferryman van Hollen became very upset when the steamer G.B. Knapp passed over it and caused damage.

The ferry was open 24 hours, and during the night people would honk or ring a bell. During the prohibition era, there were people coming from the night spots in Somerset at all hours of the day and night. Some of these people during the night were running “moon” from the Wisconsin side, sometime hiding it in a load of lumber. There were also Federal agents who would watch for bootleggers, but they never caught anyone according to Gilbert Walker, who operated the ferry from 1936 to 1942.

The ferry was stored either on land or in the backwaters of the river during the winter. Occasionally the boat needed repairs or even replaced. In 1910, a new ferry was constructed by local carpenter Nels Hockerson, Jr. This boat was replaced around 1928 by a larger one constructed by the Mueller Boat Works in Stillwater. This was the last boat built.

Walker sold the ferry to George T. Mills in 1942 and Mills operated the ferry until 1954 when it went out of business.

The ferry crossing at Marine, now known as the Landing, still has canoe rentals and a restaurant in which people can enjoy the site in which the Marine Ferry crossed for nearly a century.