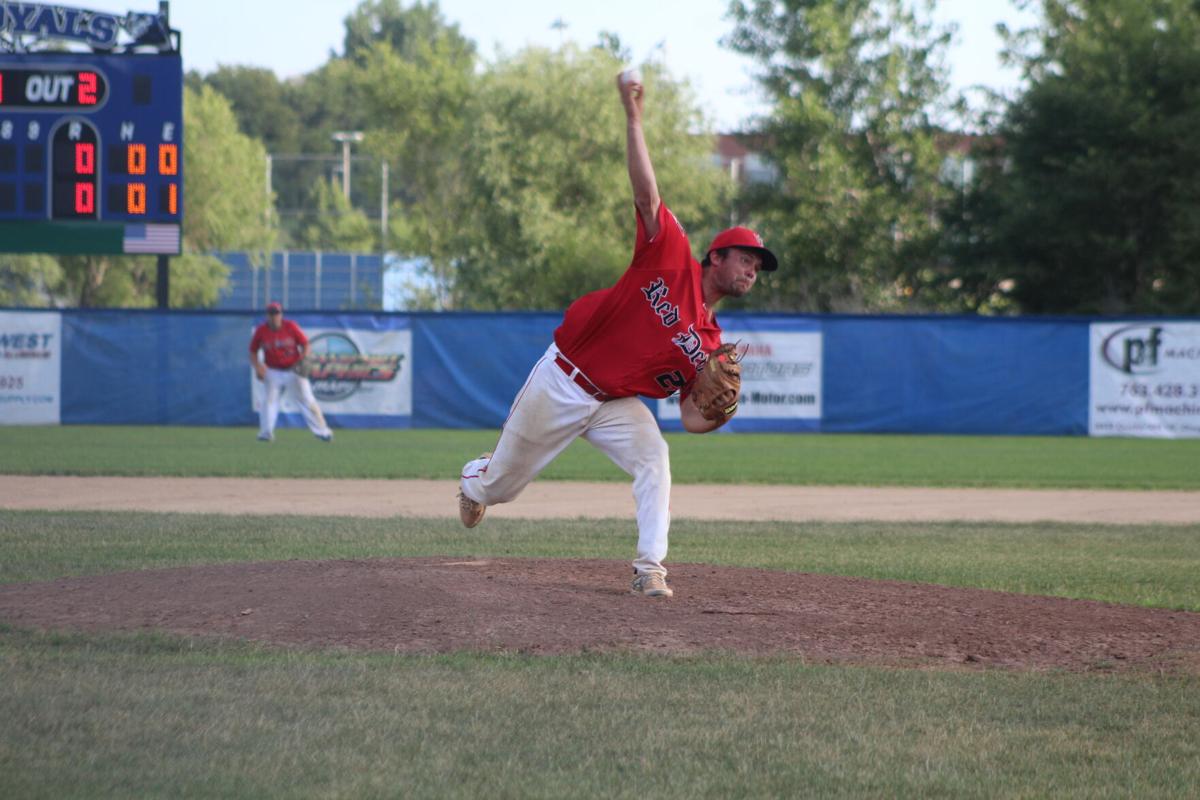 Luke Selken started on the mound for Rogers. 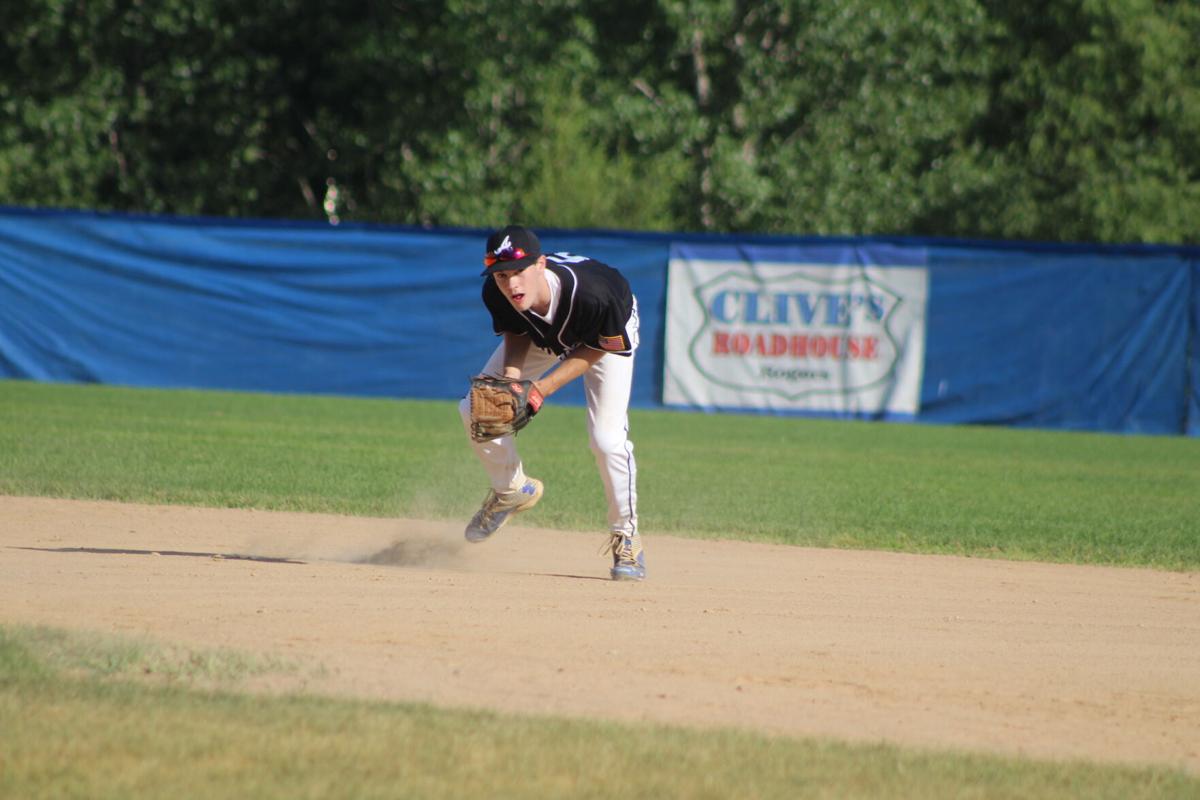 Albertville’s Justin Cornell gathers in the ball at second base after adjusting for a difficult bounce. 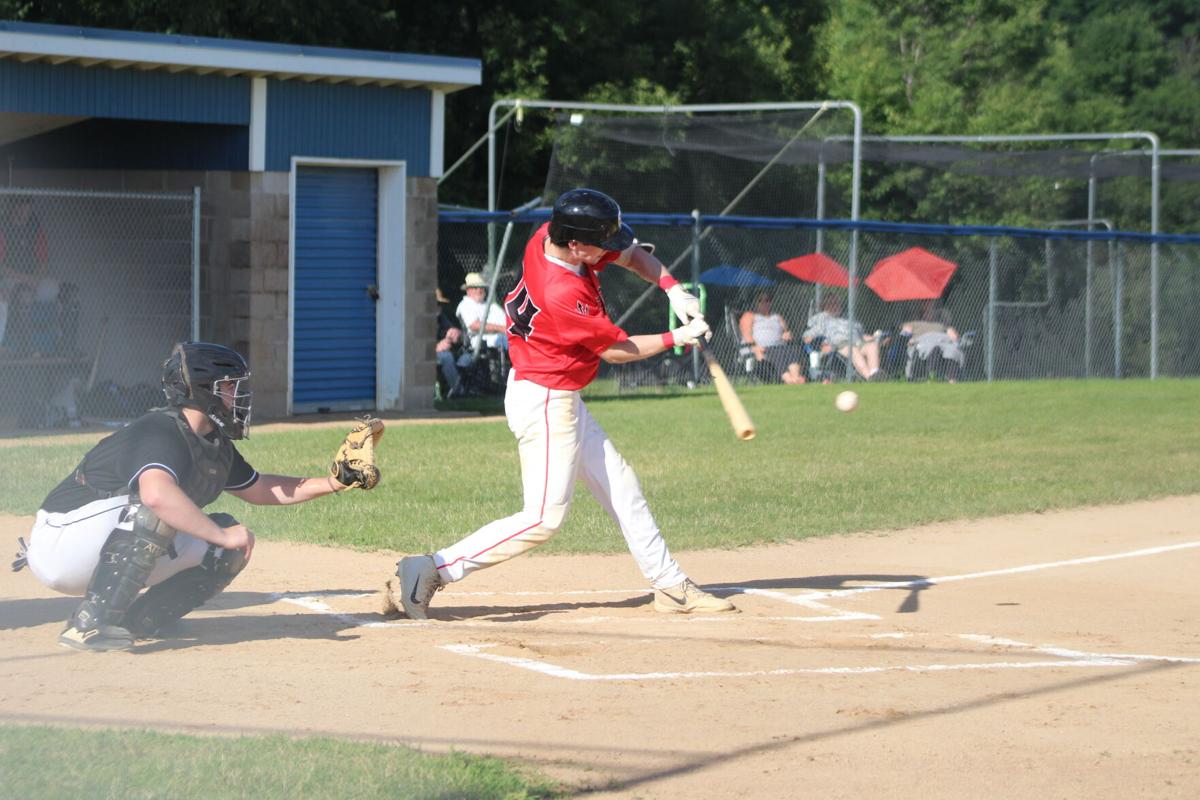 Rogers’ Brydon Haggerty makes contact for one of the Devils’ 21 hits in their 13-12 victory.

Luke Selken started on the mound for Rogers.

Albertville’s Justin Cornell gathers in the ball at second base after adjusting for a difficult bounce.

Rogers’ Brydon Haggerty makes contact for one of the Devils’ 21 hits in their 13-12 victory.

In a battle of two local squads on July 12, the Rogers Red Devils and visiting Albertville Villains put up numbers that resulted in a score that more reminiscent of a football game, and which took one extra inning beyond the standard nine to settle.

In Rogers’ home opener on July 1, player-manager Bryan McCallum had the walkoff hit that beat the Becker Bandits, and he did it again in the 10th inning against Albertville. McCallum socked home the winning run in the 10th inning after also batting in the Devils’ first run in a third inning that must have seemed like ancient times by the end of the extended game.

The Devils were good for a stunning 21 hits in the game and overcame three different Albertville leads before finalizing their victory. Eric Simon claimed the individual lead with four hits and as many RBIs.

Rogers ended last week with an overall record of 5-5, having also lost to Big Lake Yellow Jackets 6-5 on July 7 before beating the Clear Lake Lakers 6-5 the following day.

The Devils will complete an abbreviated regular season with road three games in as many days this Saturday through Monday, July 18-20. The Devils can be followed to Sartell (Saturday at 1:30 p.m.), St. Joseph (Sunday at 1:30 p.m.) and Ramsey (Monday at 7:30 p.m.).

Albertville also lost to another local foe, the Loretto Larks, 17-2 on July 10 but got a win a day earlier over the Sartell Stone Poneys, 8-4, settling the Villains’ record at 4-5 ahead of a home game against the Big Lake Yellow Jackets, played Wednesday, July 15 after press time.

The Larks were 3-4 entering this week, having dropped a 7-3 decision against the Maple Lake Lakers on July 12 after getting the win over Albertville. Loretto hosted the Dassel-Cokato Saints on Wednesday after press time, and will be at their home ground, Arnold Klaers Stadium, on Friday at 6:30 p.m. against the Montrose-Waverly Stingers and on Sunday at 7:30 p.m. against the Maple Plain Diamond Devils. Despite playing at home, Loretto will act as the visiting team for batting and fielding order purposes on Friday.