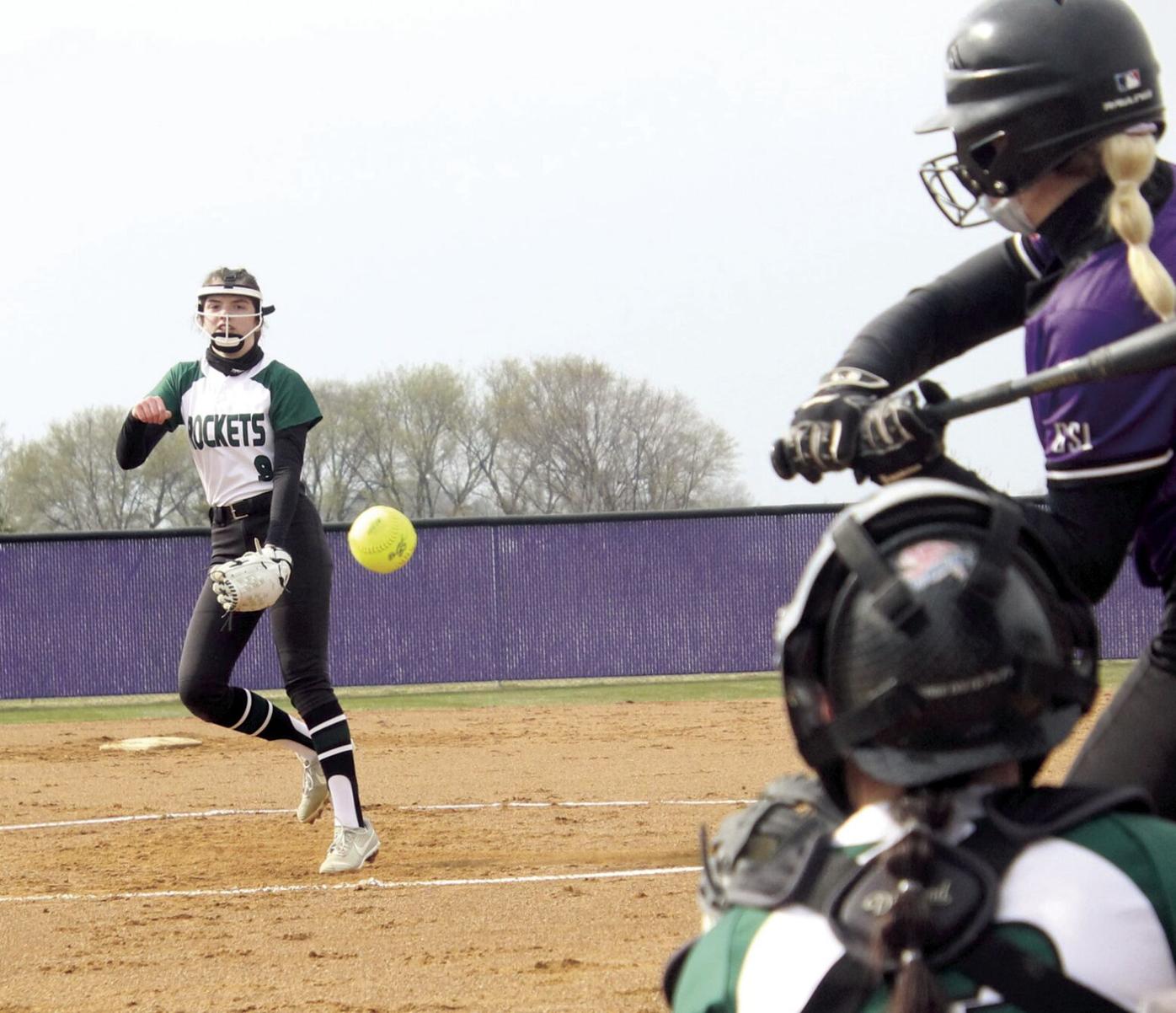 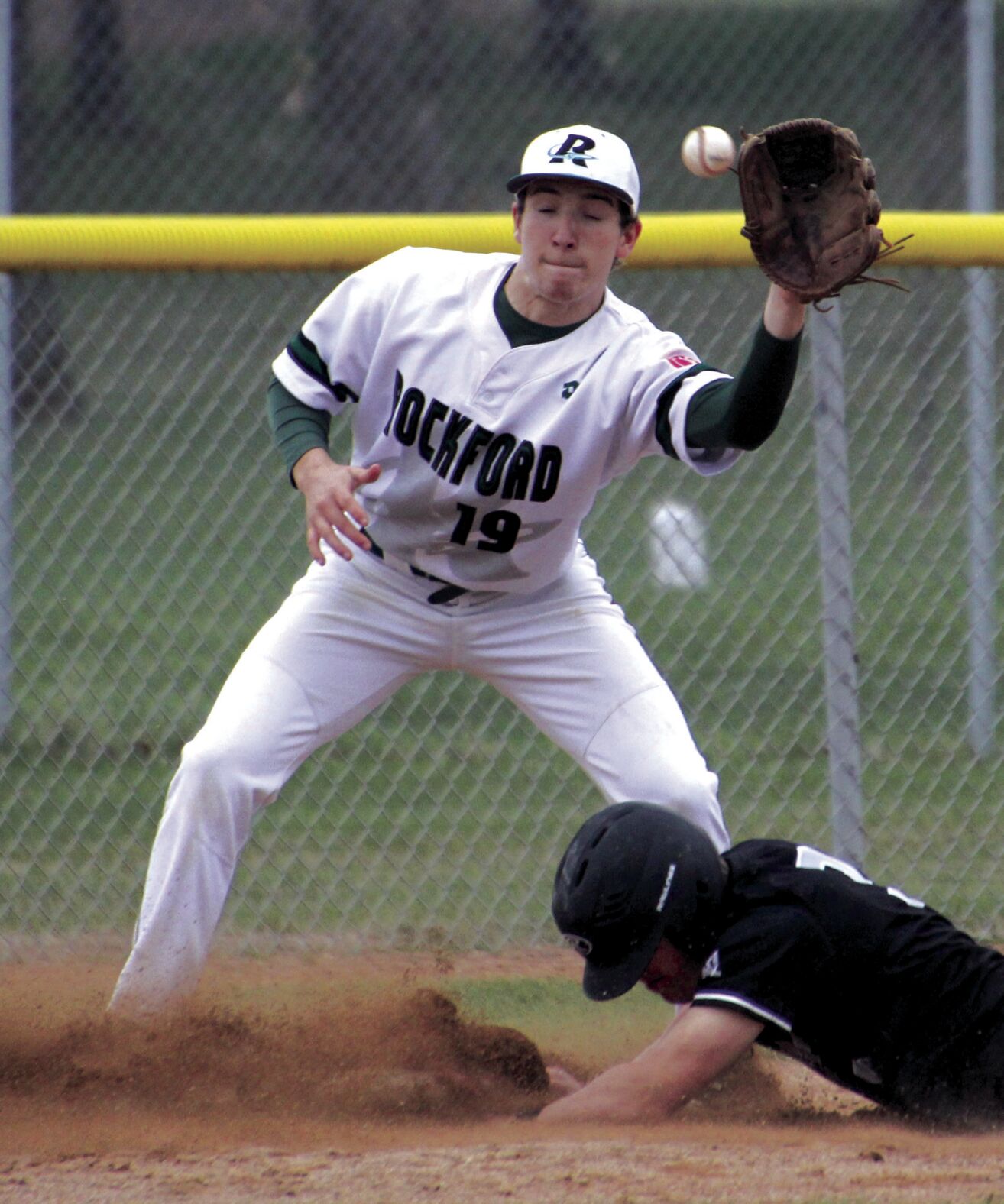 Ben Biorn of Rockford takes the throw at first base in the 5-0 loss to Glencoe-Silver Lake.

Ben Biorn of Rockford takes the throw at first base in the 5-0 loss to Glencoe-Silver Lake.

Rockford’s softball team has had little trouble pushing runs across the plate so far this season, and once in a while gets out-powered.

Last week, the Rockets dominated New London-Spicer 13-0 and Glencoe-Silver Lake 15-5 and lost to Annandale 13-8. The team has scored 65 runs in posting a 5-2 record.

Junior pitcher Makayla Graunke had a no-hitter going until the fourth inning against NLS when she allowed the one and only hit. She also hit two doubles.

The Annandale game was a hit-fest said coach Dawn Engebretson. Rockford had 13 hits and Annandale had 14. The coach adds her team had too many errors.

Against Glencoe-Silver Lake on a misty day Rockford scored 10 runs in the first two innings.

Houghton started pitching this game. She went four innings allowing four runs on seven hits and four strikeouts. Graunke pitched the last two innings, allowing one run on the one hit allowed, which was a home run. She notched four strikeouts.

Rockford played two games against Litchfield on Monday and Tuesday of this week. The team has a double header at home against Dassel-Cokato, Thursday, April 29, starting at 4 and 5:30 p.m. Rockford plays at Watertown-Mayer, Tuesday, May 4.

Rockford had one game last week with others rained out. Glencoe-Silver Lake defeated the Rockets 5-0. The Rockets had three hits, one each by Conner Schreckenghaust, Michael Nelson and Max Hudlow.

The team plays a double header at Dassel-Cocato, starting at 4 p.m. Thursday, April 29. There is a non-conference game at Osseo, 6:30 p.m. Friday, April 30, and the Rockets are home against Watertown-Mayer, Tuesday, May 4.