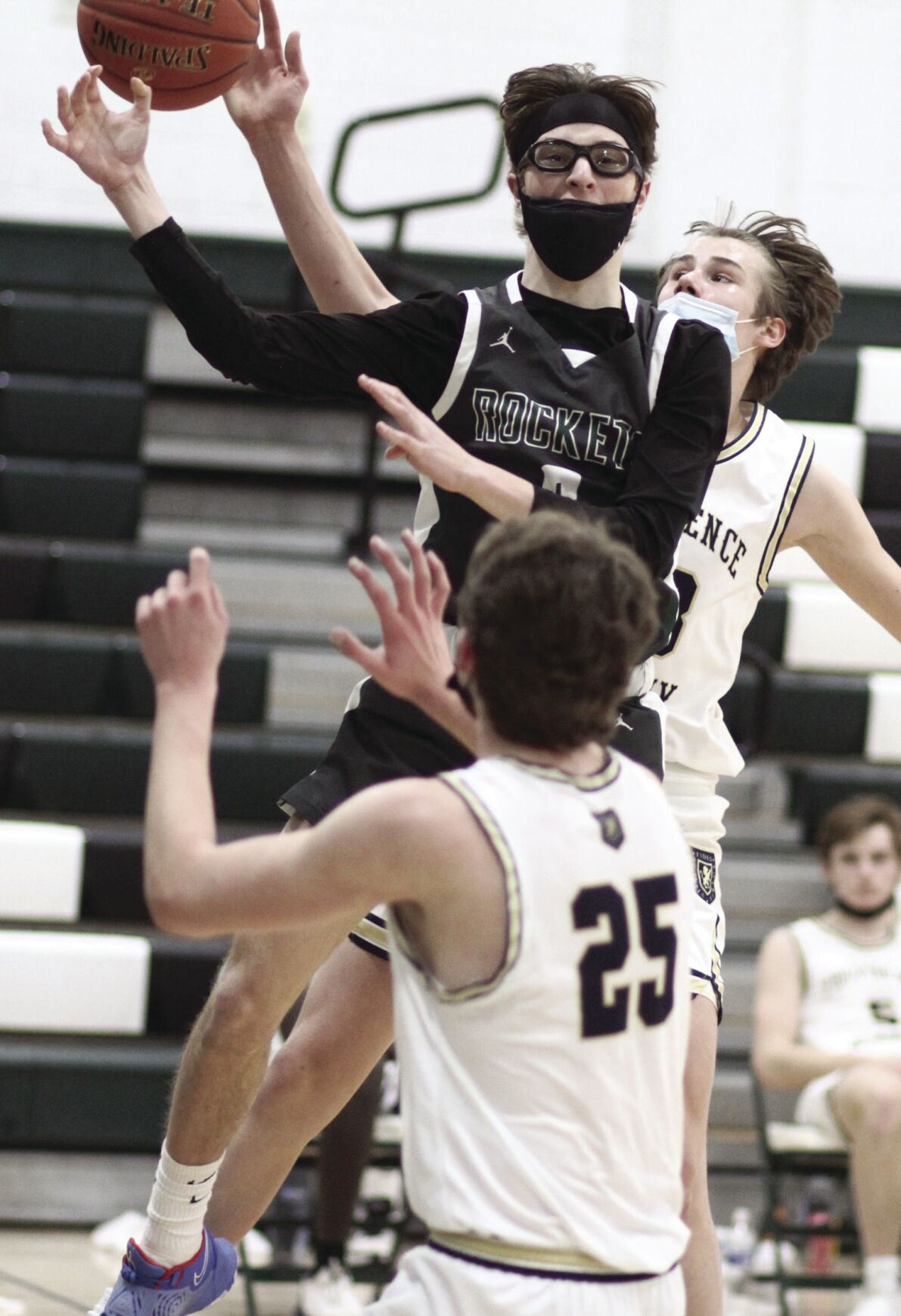 Henry Skinner of Rockford is well defended as he drives towards the Providence Academy basket in the 62-50 playoff loss Saturday. 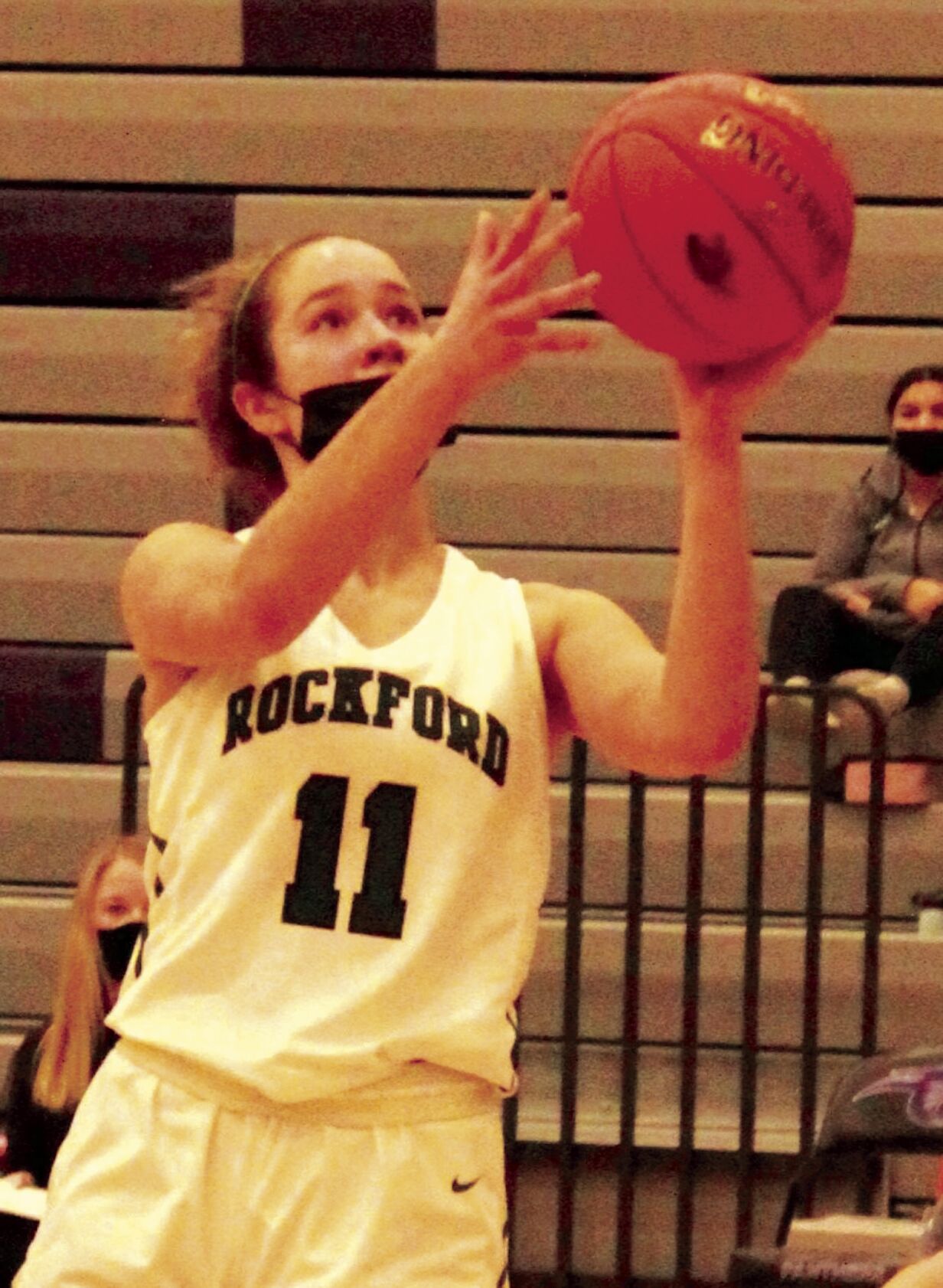 Henry Skinner of Rockford is well defended as he drives towards the Providence Academy basket in the 62-50 playoff loss Saturday.

Rockford’s girls and boys basketball teams are finished for the season after losing in the Section 5AA playoffs last week.

The Rocket girls started well as the No. 11 section seed defeating No. 6 Breck 55-41 on the road. Another upset win was in the making before No. 3 Maranatha Christian held on for a 41-39 victory Friday, March 19.

The boys had a first-round bye as the No. 2 section seed, opening against No. 6 Providence Academy Saturday night at home, March 20. Rockford lost 62-50 to end a great season with a 15-4 record.

The week prior Rockford’s was rolling along in all aspects of the game, scoring 182 points in two wins, including 99 against a strong Glencoe-Silver Lake team.

It was a rare poor first half of offense, Rockford trailing 30-21. Providence had a balanced attack with six players scoring eight points or more, including four in double figures.

“Overall, we didn’t have the playoff experience and it showed when we came out really tight in the game, getting down by eight points early,” said coach Michael Tauber. “Overall, we shot very poorly, 25 percent. Our top three scorers combined for 9 for 39 shooting. It did not help to have first-half foul trouble.”

In the second half Rockford switched to a matchup zone defense and was able to battle back and take a brief lead.

“Down the stretch we had a number of plays we ran perfectly and missed the shot,” added Tauber. “In a tight playoff game those can take the wind out of your sails.”

Rockford jumped to a 28-21 halftime lead over Breck in the first playoff game. The Rockets kept pace in the second half, outscoring the Mustangs 27-20.

Rockford also had a strong start against Maranatha, leading 25-18 at the half. The Rockets were out-scored 23-13 in the second half.

“We couldn’t make shots and had eight out of 11 possessions where we turned the ball over,” said coach Ryan Carter about the low scoring second half.

Robran was held scoreless this time, but Ellie Sather exploded for 24 points, her season-high. She was the only Rocket in double figures. Graunke scored seven, Cusciotta five and Stedman two.