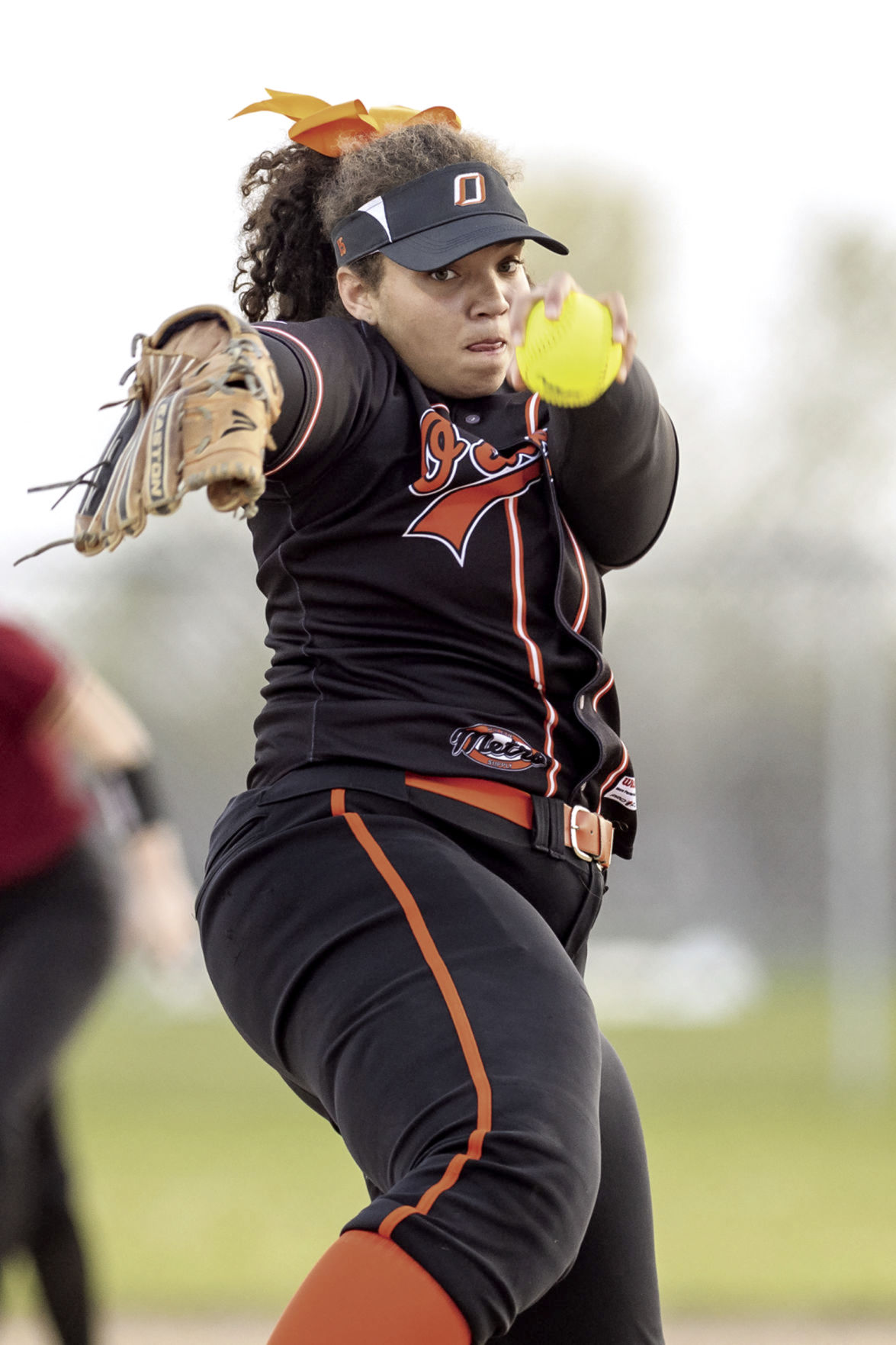 Osseo senior pitcher Sy'rai Trice was the returning starter this season but lost her final year due to the pandemic. 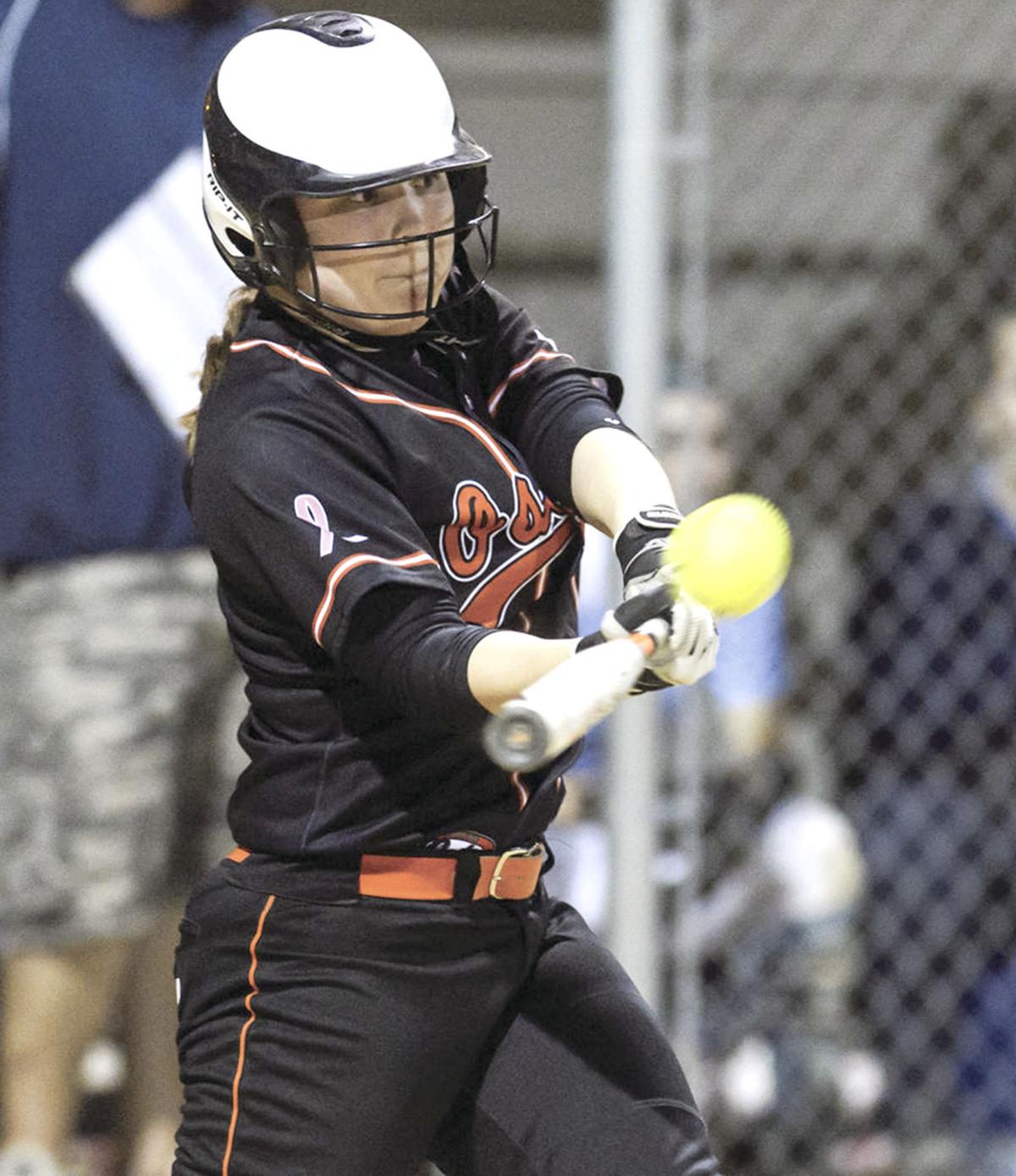 Osseo senior Kendall Potratz, pictured hitting a home run in 2018, was one expected to be one of the leaders for the Orioles in 2020. 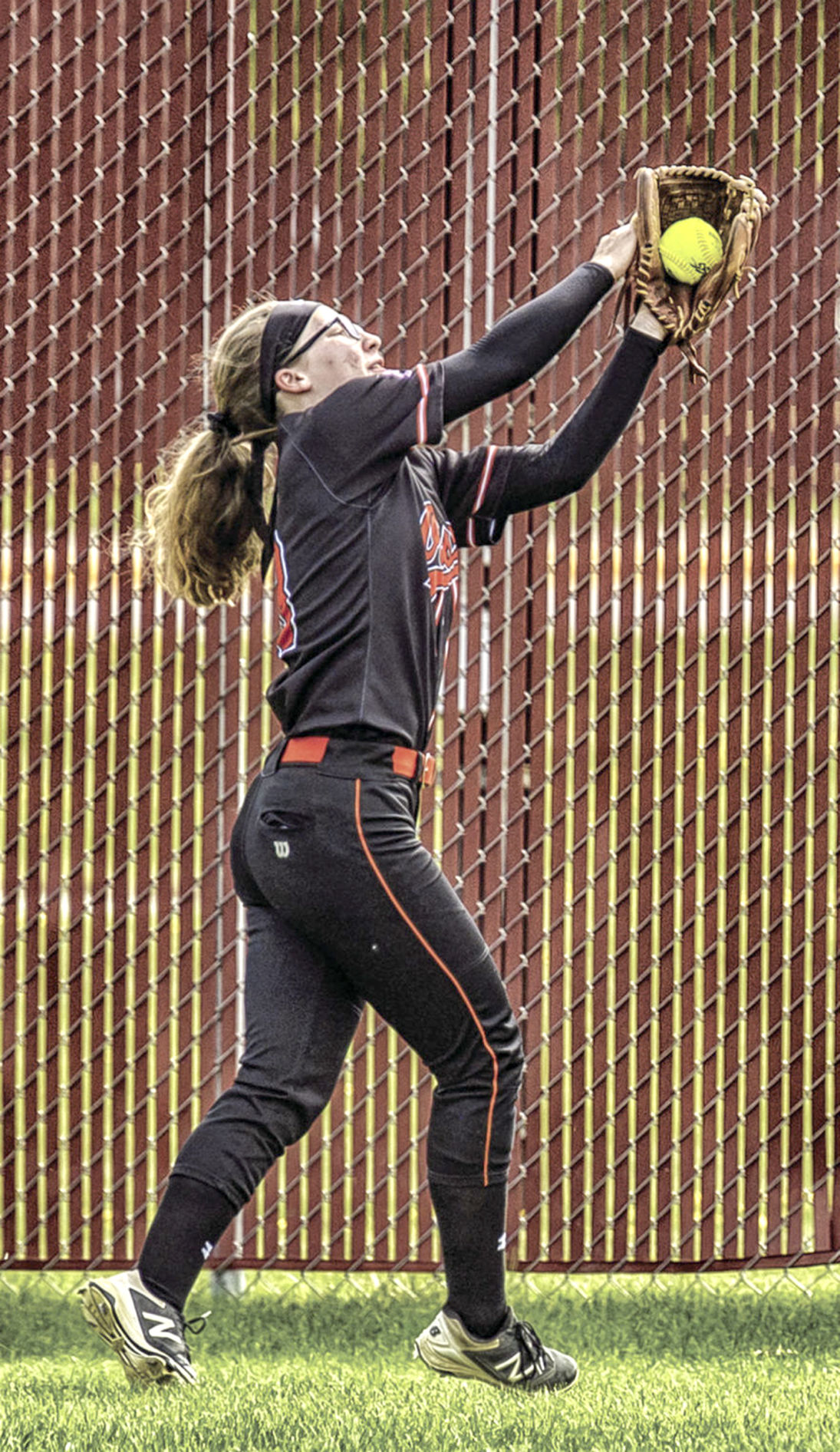 Osseo junior Erykka Schulte makes a catch in the 2018 sections. She is one of only a few Orioles expected back next season.

Osseo senior pitcher Sy'rai Trice was the returning starter this season but lost her final year due to the pandemic.

Osseo senior Kendall Potratz, pictured hitting a home run in 2018, was one expected to be one of the leaders for the Orioles in 2020.

Osseo junior Erykka Schulte makes a catch in the 2018 sections. She is one of only a few Orioles expected back next season.

The Orioles had six seniors ready to play – Sy’rai Trice, Kaytlynne Schulte, Kendall Potratz, Grace Poppe, Sydney Masteller and Ella Scotting – and the rest of the team was taking shape as well, which included juniors Serena Lee and Erykka Schulte.

Coach Eric Ruska was optimistic that good times were ahead with Trice leading the way on the mound and at the plate and Kaytlynne Schulte, Erykka Schulte, Lee, Potratz, Masteller and Poppe all helping the previous year.

It also was nice to see players not out in 2019 trying out and showing potential to help fill the void left by the 2019 graduates.

“This group of seniors was one of my favorite groups of seniors in terms of what they bring to the table, off the field as well as on the field,” Ruska said. “So I was super excited just to be with them one last year. They are absolutely great human beings, which made it really tough to have the season slip by you without having the chance to see them kind of finish out their journey.”

There was about a month between the season being suspended and officially canceled, and Ruska said that the seniors were very helpful during that time to keep the younger players mentally ready in case there was a season.

There were meetings with the seniors that talked about their fears and what would happen if the season ended. Ruska said the seniors did a good job with keeping even-keeled and understanding that despite the lost season, they could still make an impact program-wide.

“It was a tough month,” Ruska said. “The seniors did a great job. We did some small team virtual stuff and some competition stuff from home, and kids really bought in. Our seniors did a nice job of keeping every positive and hopeful at the same time.”

And there were definitely things to look forward to if there was a season. Trice was returning after logging 120 innings on the mound. She allowed 40 earned runs on 110 hits and 57 walks, striking out 101.

Trice also was 23-for-65 at the plate with 10 RBIs, seven doubles, three runs scored, a triple and a home run.

“She looked really strong and was our starting pitcher for the last couple of years, so she has really grown a lot,” Ruska said. “I was really excited to see how she finishes out.

Kaytlynne Schulte was 20-for-67 in 2019 with nine RBIs, eight runs scored, four doubles and two home runs. She is headed to the NCAA Division II University of Minnesota-Duluth to play softball.

“She grew as a player since she began in the program, and I was super excited to see how she ended up,” Ruska said.

Potratz was 15-for-61 with eight runs scored, four RBIs and three doubles.

Lee finished 21-for-59 with 10 runs scored, seven doubles, three RBIs and a home run, and Erykka Schulte was 10-for-40 with eight runs scored, five doubles and two RBIs.

Poppe contributed an RBI, a double and two runs scored, and Masteller had seven runs scored, an RBI and two doubles. Both had three hits. Scotting didn’t play varsity last season, but she was expected to help in 2020 too.

“A player like Masteller or Scotting, who have been great parts of our program growing up, this would have been their one chance at playing a large varsity role – which I felt really, really bad for in the end,” Ruska said.

The lost season will be challenging for the future of the program. There will be two players expected to return with experience – Lee and Erykka Schulte – and Ruska said that there has been a lot of thought into 2021 and beyond.

Ruska said that the negative impacts will possibly have some juniors not come back out and the lost season for the freshmen, hurting their growth.

“It is a tough one to predict, and I am hoping that they will all see it as being a restart – a chance for everyone to be on the same page,” Ruska said. “No one really knows what the summer is going to be like for training. I think there will be a lot more emphasis on maybe getting ready in the winter.”

Ruska said there is a positive of being able to start new and have the team trained from square one and make changes that normally is difficult to do with a senior-laden group.

There is also young talent that Ruska is still excited for that he was able to get a glimpse of in the four days they had in March.

The other softball teams in the area also look to be in the same boat, especially if there isn’t any summer softball.

“I really hope we don’t lose anybody that would normally be out,” Ruska said. “Once we know what we can do, we’ll start offering kids chances to sharpen up.”

Osseo made it to the double-elimination round of the Section 5 softball tournament before bowing out.