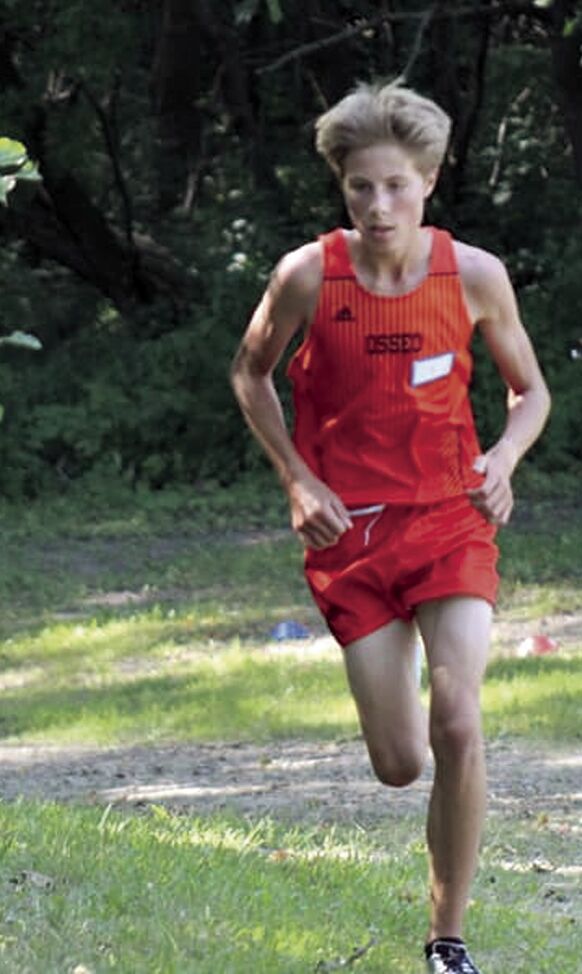 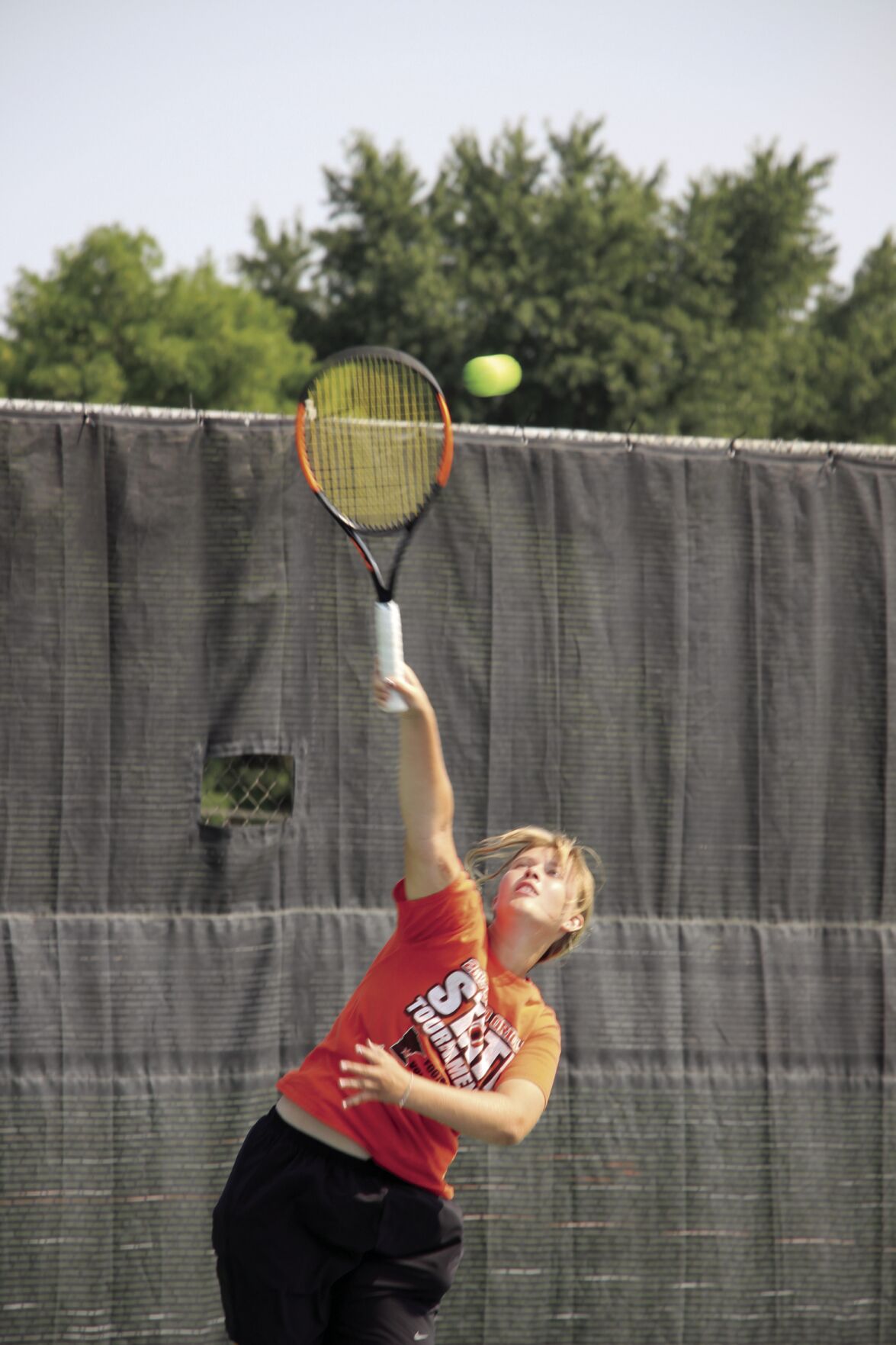 Osseo junior Hana Johnson works on her serve during a recent practice. (Photo by Tom Fenton)

Osseo junior Hana Johnson works on her serve during a recent practice. (Photo by Tom Fenton)

In real time, the wait for members of the Osseo cross country team to return to competition was about 10 months. But, for both athletes and coaches, it seemed like forever.

That’s what made the season-opening competition on Aug. 27 at Elm Creek Park Reserve such a welcome reprieve from what has become a surreal reality to due COVID-19.

“It was a bit surreal to see the kids on the starting line for their first competition in many months,” Osseo coach John Rundquist said. “It was long overdue. We were able to make the needed adaptations for COVID and it did not seem to impede the race experience for kids. It seemed to come together nicely.”

With the 2020 spring sports season wiped away due to coronavirus, Thursday’s meet was the first time many had raced at the high school level since the end of the cross country season last fall. It was a three-team meet — the most allowed due to Minnesota State High School League guidelines — along with Rogers and Park Center. To keep athletes properly spaced, the meet was conducted in seven waves with runners started in 30-second stages.

They went with 7 runners per a wave, with a 30 second stagger.

The Osseo girls won the triangular, led by second- and third-place finishes from Jules Davis and Lex Davis, respectively. Maria Hoff rounded out the top three for the Orioles. Those vying for positions 4-7 on the team include Teresa Shah, Sam Longenecker, Jazmyn Christen and Emma Houfek.

“It’s always nice to start the season with a nice win,” Rundquist said. “We were happy with Maria’s performance as she has spent the last two months recovering from a leg injury. As with last year, we are continuing to need our fourth through seventh runners step up. Our hope is to see that gap between Maria and this group close over the course of the season.”

In the boys’ race, Osseo placed second with Rogers taking the top spot. Freshman Cade Sanvik led the way, placing second overall with a time of 17 minutes, 57 seconds. Senior Cole Harcey was Osseo’s second finisher. The duo will be counted on to lead this year’s team.

“Cade ran a very smart race and there will be plenty of time for him to take off over the coming week,” Sandquist said. “Cade and Cole are our only returning varsity runners from last year. We are very young, but we did get to see our youth take advantage of the opportunity to compete at the varsity level. Sophomore Colin Vaughn is looking very strong at this point and has the opportunity to be an upper varsity runner this fall. Senior Nick Trzynka had a very good first race of the season and will be looked upon to support us with soring and leading. Luke Wallin and Gabe Arends wrapped up the remainder of of our varsity boys, and Ty Prokop ran a very strong race in the JV race and looks ready to cover the seventh spot on varsity.”

Osseo is scheduled to compete at Centennial Friday, Sept. 4.

The Maple Grove girls’ tennis team opened the season with a pair of victories, beating Centennial 6-1 and Coon Rapids 7-0. Last year, the Crimson lost a 4-3 match to Centennial.

“Centennial has a good team,” Maple Grove coach Dan Haertl said. “Our only loss was at No. 1 doubles in a third set ‘super-breaker’ to a talented team, and it was the first time Ally Kalinsy and Neeru Uppalla played together. Coon Rapids was also a good team that fought hard on every point. Zoe Adkins had a great match at No. 1 singles, and Grace Bakke had a tough match at No. 2 singles, winning in a third set ‘super-breaker.’ Everyone played really well. I was impressed with our play on both days, especially since we’ve had 10 fewer practice hours in the off-season to improve their play.”

The Orioles split their opening matches of the season, edging Rogers in a 4-3 decision and dropping a 6-1 match to perennial conference power Elk River.

The Rogers match came down to No. 3 doubles, where sophomores Zoe Smith and Tessa Strand earned a 5-7, 6-2, 6-2 victory.

Senior Rachel Zeltinger got Osseo started strong against Rogers with a 6-4, 6-4 win at No. 1 singles, and the first doubles team of Greta Kitelinger and Jaelon Irmiter quickly followed with a straight-set win. The Orioles got another straight-set win from Abby Kettelwell at No. 3 singles, and Tina Corniea dropped a three-setter at No. 4 singles.

Though it was a loss, coach Eric Ruska was thrilled with the Elk River match. The Elks are a dominant force and are state tournament regulars.

“I have coached for a long time and have been a teacher even longer,” Ruska said. “I can’t remember a time when we didn’t lose to them 7-0 without ever winning a set, and our JV team didn’t either. This was our best day against another very tough Elk River team. We won more games and sets than we ever have combined. Our senior doubles team of Kitelinger and Irmiter won their match at second doubles 6-2, 7-5. Corniea split sets at 3rd singles but lost in a tough third set for the second match in a row. Everyone else had great matches but just came up short. Then our JV went out and swept theirs 7-0, which in our time has never happened.”