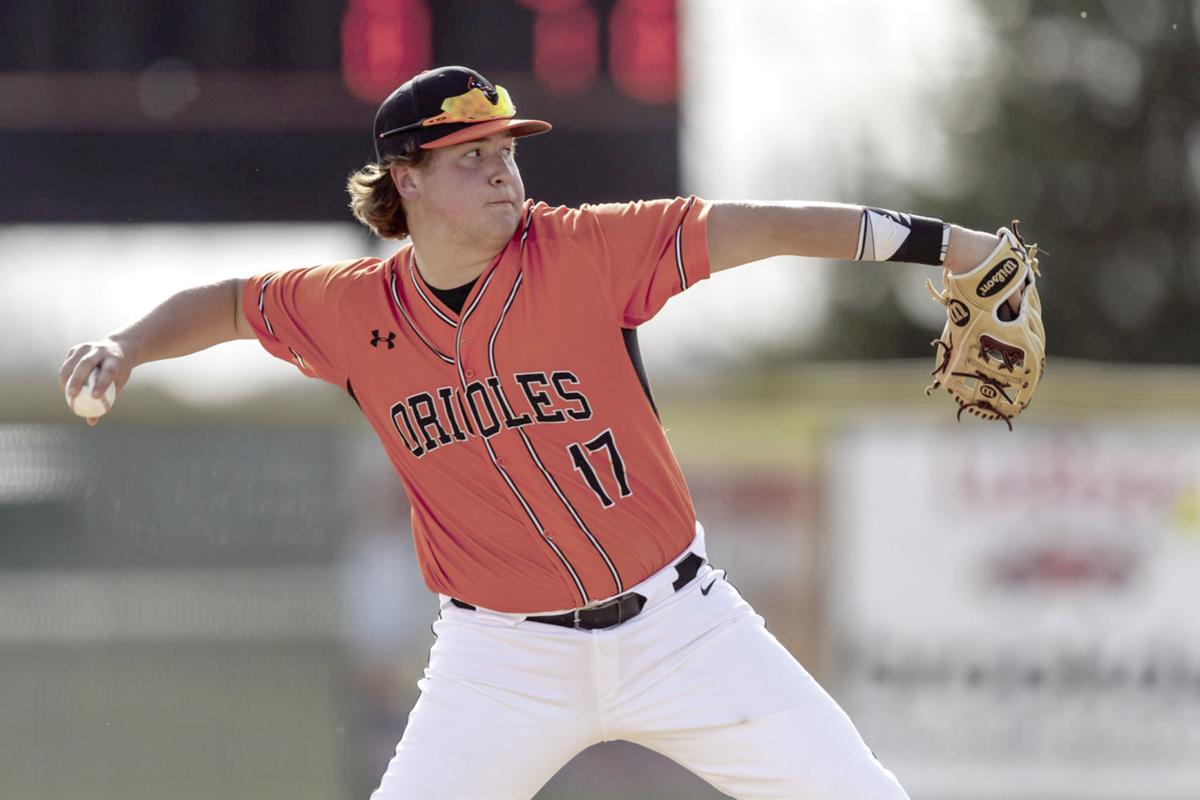 Osseo senior Jake Contreras throws over to first base on a grounder. Contreras was going to be one of several pitchers for the Orioles in 2020 and was expected to be one of the leading hitters, as well. 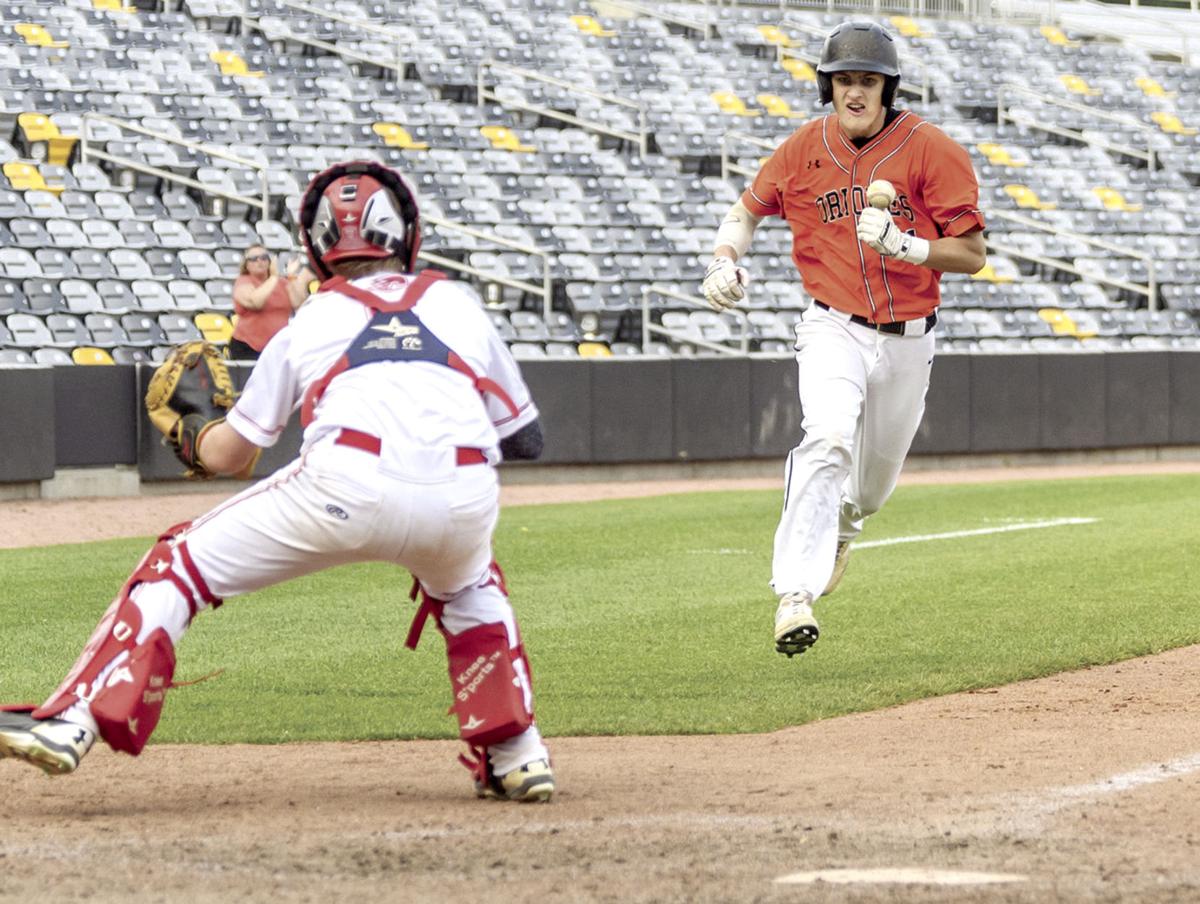 Osseo senior Walter Hultgren, pictured running to home in a section game last season, was going to be one of the top arms in the Orioles' rotation in 2020. 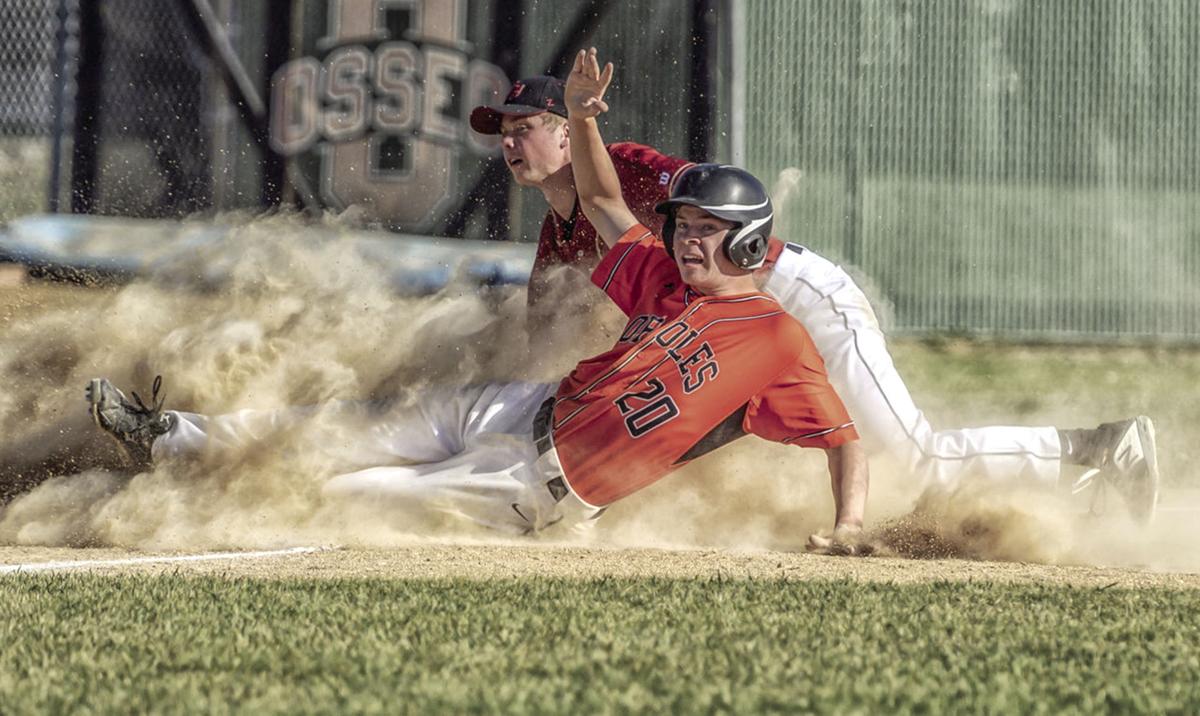 Osseo senior Connor Nygard slides into home plate. Nygard was one of 15 seniors expected to lead the Orioles to another shot at a state berth in 2020.

Osseo senior Jake Contreras throws over to first base on a grounder. Contreras was going to be one of several pitchers for the Orioles in 2020 and was expected to be one of the leading hitters, as well.

Osseo senior Walter Hultgren, pictured running to home in a section game last season, was going to be one of the top arms in the Orioles' rotation in 2020.

Osseo senior Connor Nygard slides into home plate. Nygard was one of 15 seniors expected to lead the Orioles to another shot at a state berth in 2020.

“It is just a deep sadness for this senior class to not finish what they had started, and Osseo baseball wishes each and every one of them success in the future,” coach Joe Lavin said. “And they should go away knowing that they are a huge part and always will be a huge part of the program.”

The seniors were all expected to contribute this season and to try and help Osseo not only make it back to the section final but to push No. 1-ranked Mounds View for a potential state berth. Pitching depth was a big reason why.

Contreras, Hultgren, Klein, Partanen and Nygard were some of the arms expected to contribute.

Offensively, Contreras, Klein, Partanen, Nygard and Thompson were all expected to be leaders. But Lavin said that he expected every single senior to play a big role in any 2020 success.

And despite being in a tough section with teams like Mounds View, Centennial and Champlin Park, Lavin said he and the players expected to be in position for a deep section run.

“After having played Mounds View to go to state last year, I fully expected, with our pitching depth, to be in that position again,” Lavin said.

Tryouts and official practices were never able to get started with the season first suspended in March and then officially canceled on April 23.

And that was among the biggest disappointments, Lavin said.

Senior captains had picked out new uniforms, and everyone worked hard in the offseason for a successful 2020 campaign.

“They had worked so hard to change the program around and had earned this opportunity to really show what they were capable of doing,” Lavin said. “And then to have it just pulled out from under them without even having a chance to take the field was gut wrenching.”

Despite the lost season, all 15 seniors coming back and senior Seamus Reese, who was a part of the program for most of his high school career and is headed to Marshalltown Community College to play baseball, have left a strong legacy, Lavin said.

Lavin said that legacy is “showing what it takes to turn a program around, showing how much dedication and hard work can do to improve not only yourself as an individual player at a skill level but as a team and coming together as a team and understanding roles and how you fit into those roles.”

“I really think that they laid the foundation for our program in years to come by what they did since I became head coach,” Lavin said.

Next season will be difficult with not only the 2020 season being canceled but also the American Legion season being called off. Training and preparation in the summer is still an unknown with the summer contact period being pushed back to June 15.

But there are some players expected back with varsity experience including Wyatt Doubler, Sam Bindelwald, Matthew “Beak” Kitzman and Matthew Holien.

Several other players will have no varsity experience, however, and the lost developmental year and work with coaches will be tough to overcome.

“The only saving grace is that everyone is kind of in the same situation,” Lavin said. “Obviously our varsity experience level is not going to be what it would have been this year, but still there are some very, very talented players in our program coming up that can hopefully fill the shoes of the seniors this year.”

The Orioles pulled off a dramatic 6-5 walk-off win over Centennial in a Section 5 baseball game on May 31.