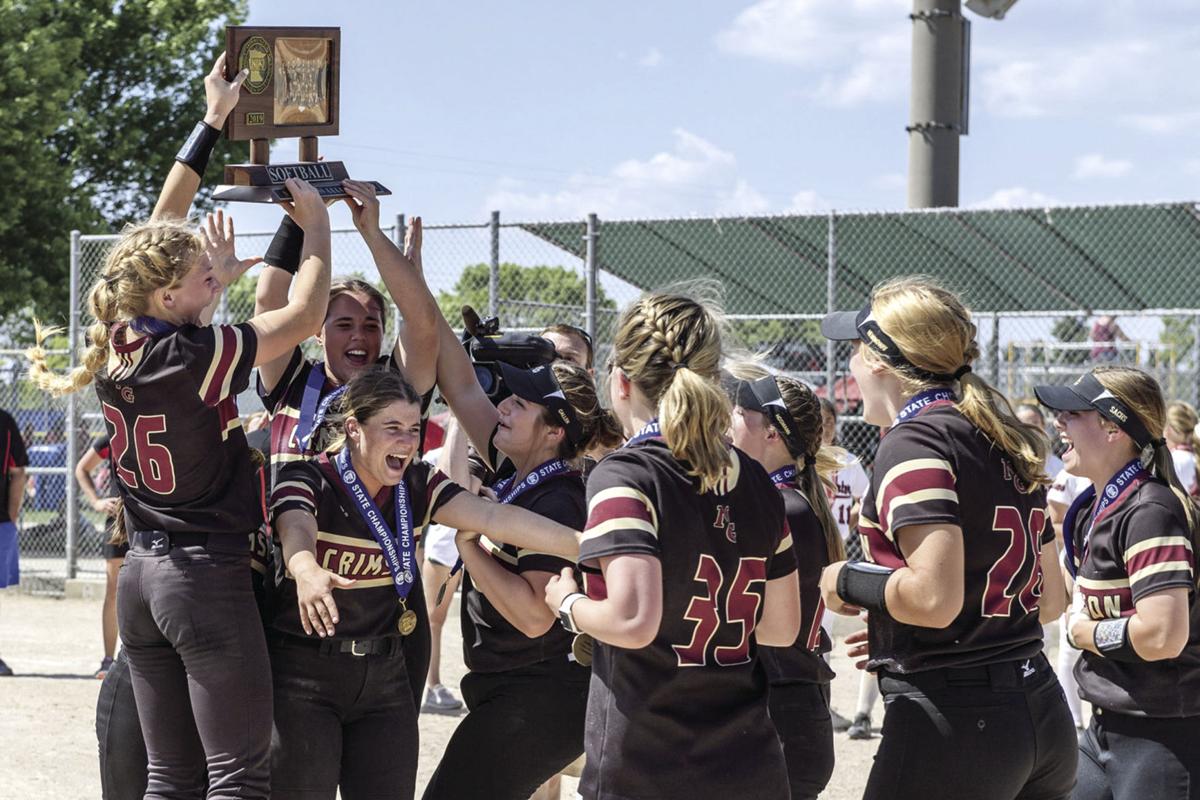 Maple Grove celebrates the 2019 Class 4A state championship after a 3-2 win over Stillwater last June. The Crimson were hoping to defend the state title in 2020. 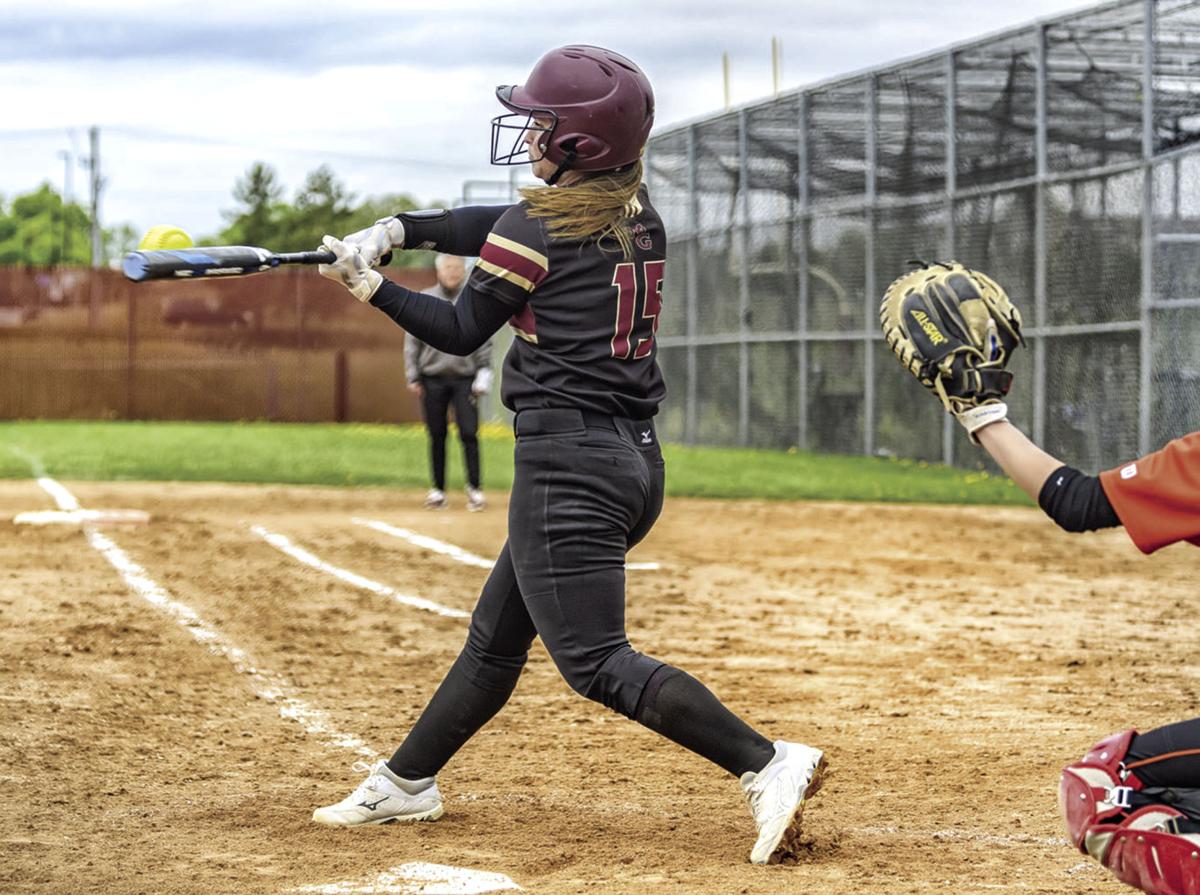 Maple Grove senior Ellie Hosmann connects for an RBI double last season. Hosmann was hoping to build on a solid performance at the plate the previous season and help the Crimson defend its state title. 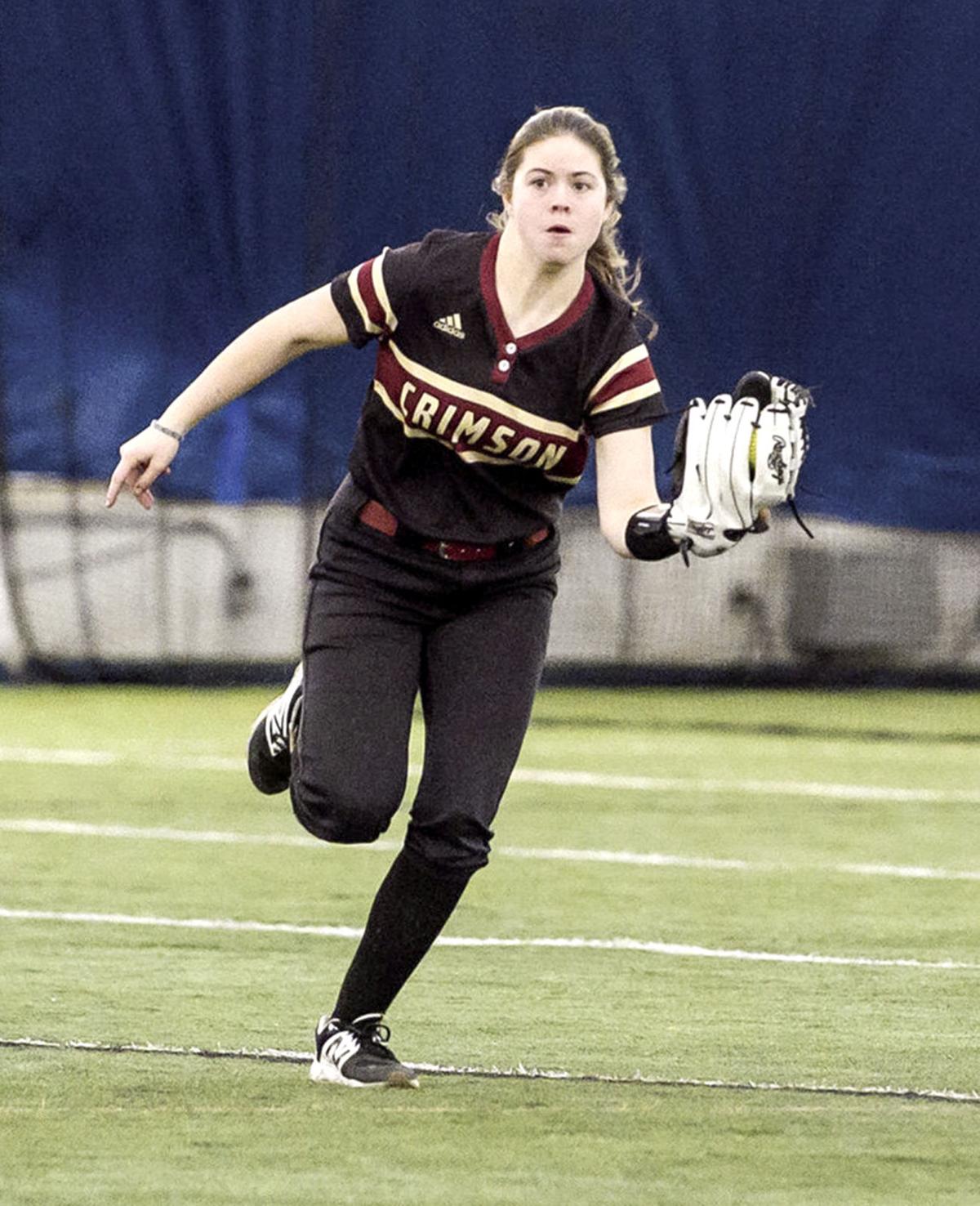 Maple Grove junior Sydney Hockett makes a catch early in the 2019 season. Hockett was one of the leading hitters expected to help the Crimson in 2020.

Maple Grove celebrates the 2019 Class 4A state championship after a 3-2 win over Stillwater last June. The Crimson were hoping to defend the state title in 2020.

Maple Grove senior Ellie Hosmann connects for an RBI double last season. Hosmann was hoping to build on a solid performance at the plate the previous season and help the Crimson defend its state title.

Maple Grove junior Sydney Hockett makes a catch early in the 2019 season. Hockett was one of the leading hitters expected to help the Crimson in 2020.

Maple Grove softball finished 2019 with a Class 4A state championship and a 25-2 overall record.

The Crimson were ranked No. 2 in the state at the end of the regular season after winning a Northwest Suburban Conference title and defeated Champlin Park twice without losing a game in the 5AAAA section.

And despite a few key graduations, a large group of girls were slated to return in 2020 to defend all of those titles, but the COVID-19 pandemic ended those hopes before the season began.

“We were pretty excited with this group of kids that we had coming back,” coach Jim Koltes said. “One, we’ve been really fortunate that we’ve been able to get to the section final and state tournament two of the last three years. Also with the state title, we felt the kids knew how to win.”

Dueck is now playing softball with the NCAA Division I University of Minnesota. In sections and state combined in 2019, she went 6-0 and allowed three earned runs on 20 hits and 11 walks in 43 innings, striking out 51.

Koltes also said that about three younger girls, either eighth graders or freshmen, were going to crack the lineup, as well.

Roeber and Daniels were expected to be the two top pitchers for the Crimson. Roeber was going to be the starter after sitting behind Sydney Smith, Lauren Anderson and Ava Dueck the past few seasons.

She pitched 22 innings last season and allowed eight earned runs on 26 hits and four walks while striking out 23. Roeber was 3-0 in the regular season and 1-0 in sections.

Koltes said he felt really bad for Roeber for not getting that chance to be the starter.

“She waited a long time to get an opportunity and didn’t get that opportunity,” he said.

Daniels pitched 5 1/3 innings last season and was 1-0 overall. She allowed three earned runs on three hits and three walks and had 10 strikeouts.

At the plate, Daniels was 14-for-67 with eight RBIs and eight runs scored.

Dorothy Dueck had 17 runs scored last year, and Kapsner finished 2-for-6 with two RBIs, three runs scored, a double and a home run.

That strong group with the expected younger girls coming up to contribute gave Koltes and the coaching staff high hopes to catch people by surprise.

“I think a lot of teams were trying to figure out how to get over the hump, and we’ve done that,” he said.

Kapsner and Hosmann, who is headed to the University of Wisconsin-Eau Claire to play softball, were other returners from 2019 that lost their chance at a second state title, but Koltes said that the disappointment of not playing could be balanced with knowing they finished their careers as state champions.

But it was still a difficult time going through the month with the season suspended before it was officially canceled on April 23.

Koltes said that the Crimson were able to have practices from Monday through Friday before scrimmages were called off on the Saturday when state girls basketball championships were canceled.

There was an idea of what the full varsity roster would be, but nothing had been finalized.

During that month, the staff did what it could with Zoom meetings and lunches and individual workout plans. Koltes said the staff was in contact with the captains and other players and families at least every other day.

And now, there is the unknown of heading into 2021 with youth sports still up in the air and modified social distancing practices expected to be able to begin soon.

Koltes said that the team does have plans at the end of July and August to get together and have scrimmages – to make the connections with the players again and see any improvements from club softball.

The juniors and Berry from this year’s roster are all expected back with the class of younger players that will fill out the roster. That does make Koltes excited for 2021 to have a bit of experience and the talent from the upcoming class.

“We look at it as maybe this junior group doesn’t get the chance to be the leaders this year that would have really catapulted us next year, but everybody is in the same boat by not having their younger kids be that leader up front,” Koltes said.

It’s been over a month since Ava Dueck and her Maple Grove Crimson defeated Stillwater June 7 to win the state softball championship, but Duec…