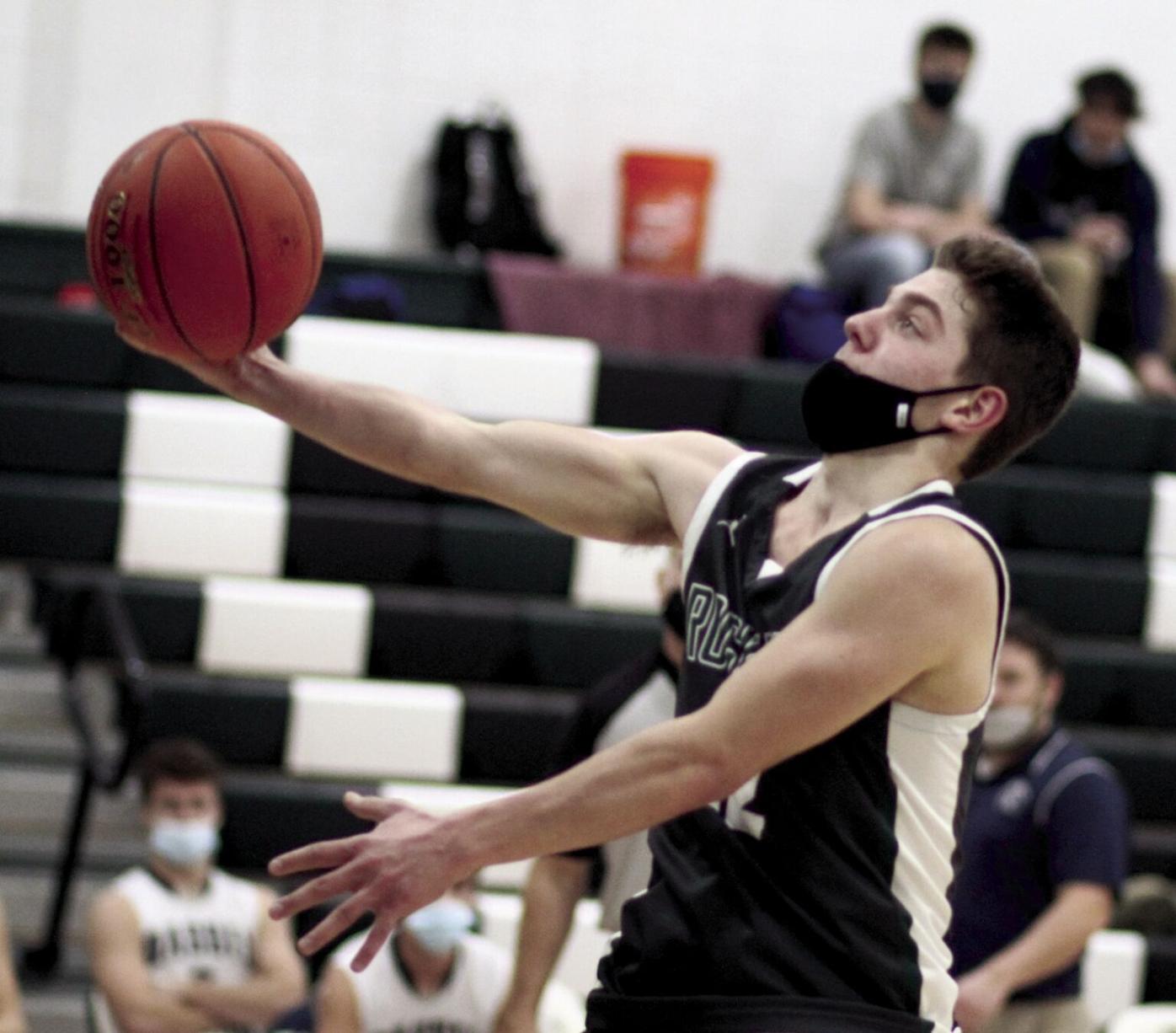 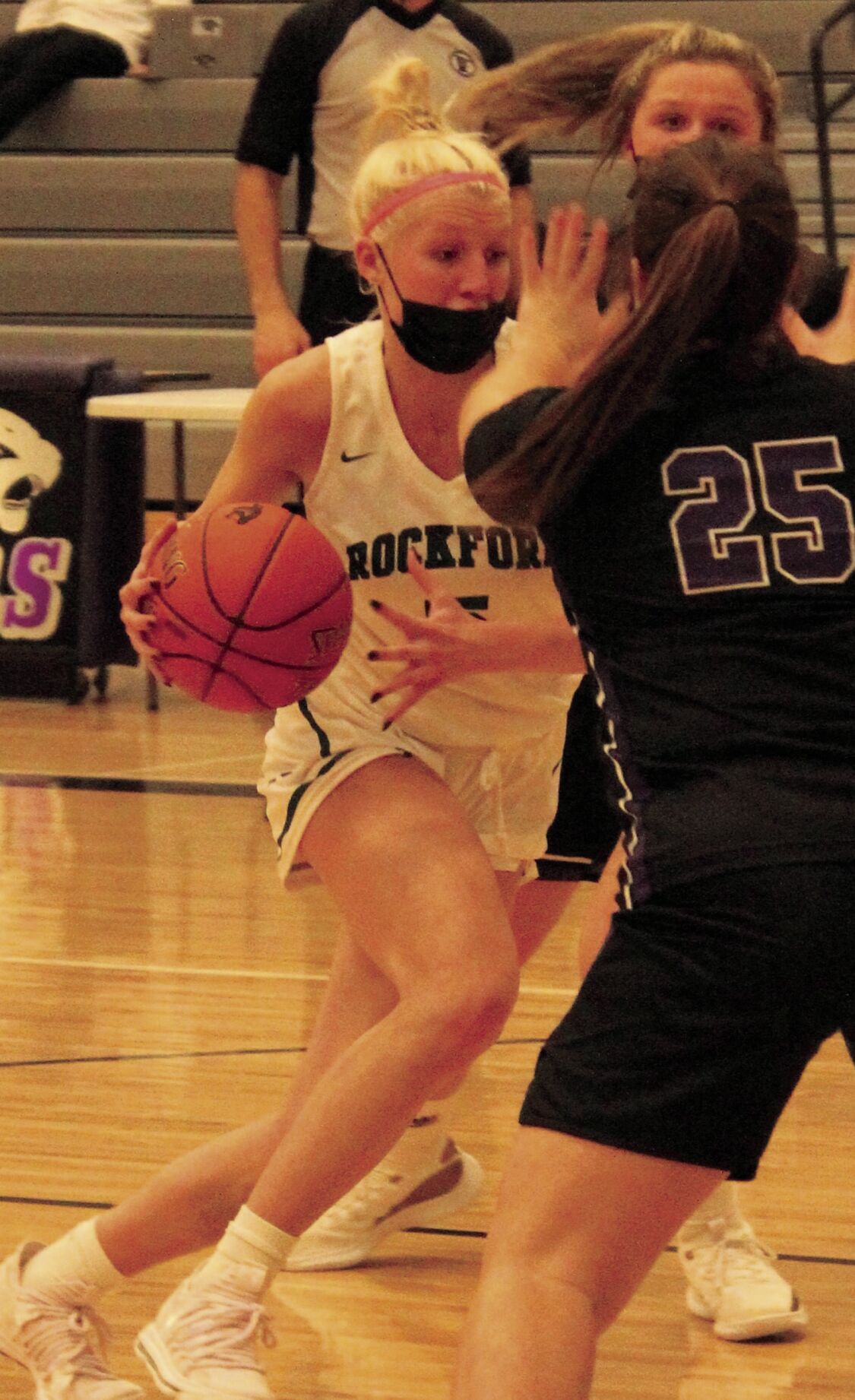 Ava Cusciotta (5) is one of the scoring leaders for Rockford’s girls basketball team that started the playoffs this week.

Ava Cusciotta (5) is one of the scoring leaders for Rockford’s girls basketball team that started the playoffs this week.

Rockford’s offense went into high gear last week when netting 182 points in two victories, improving to 15-3 and earning the No. 3 Section 5AA seed.

It was not that long ago when the Rockets had two games when scoring under 40 points in both. That was when the team was without senior Ryan Boysen. Last week Boysen scored 30 points in the 99-93 win over Glencoe-Silver Lake and 27 points in the 83-67 victory over New London-Spicer.

After trailing by four at the half against NLS, Rockford went on a 15-0 run early in the second half. After New London-Spicer tied the game at 63 the Rockets went on an 18-2 run.

Rockford led Glencoe-Silver Lake by 12 at the half, but the three starting guards were in foul trouble.

In the second half Rockford built a 25-point lead while the fouls were mounting among the top players. GSL went on a 24-4 run in four minutes to get back in the game at 86-83.

Boysen netted 20 points in the first half and had 30 in the game to go with 10 assists. Zilmer had 26 points, 14 rebounds and four blocks. Derek Pepin scored 16 points and Perry had 11 points and six assists.

Rockford secured the No. 3 seed in a very competitive section. Minneapolis North is No. 1 and Blake No. 2. Last year, the Rockets lost to Blake in the semifinals before the tourney was cancelled due to COVID.

“Not too many people expected us to have the regular season we did,” said coach Michael Tauber. “Many had us picked fifth or sixth in the conference. We had one returning starter but developed four scoring threats.”

Rockford opens at home 7 p.m. Saturday, March 20, against either No. 6 Providence Academy or No. 11 Howard Lake-Waverly-Winsted.

The girls are the No. 11 seed in the Section 5AA tournament. Rockford opened against No. 6 Breck on Tuesday of this week, after press deadline. The winner would face either No. 3 Maranatha or No. 14 Dassel-Cokato, 7 p.m. Friday, March 19.