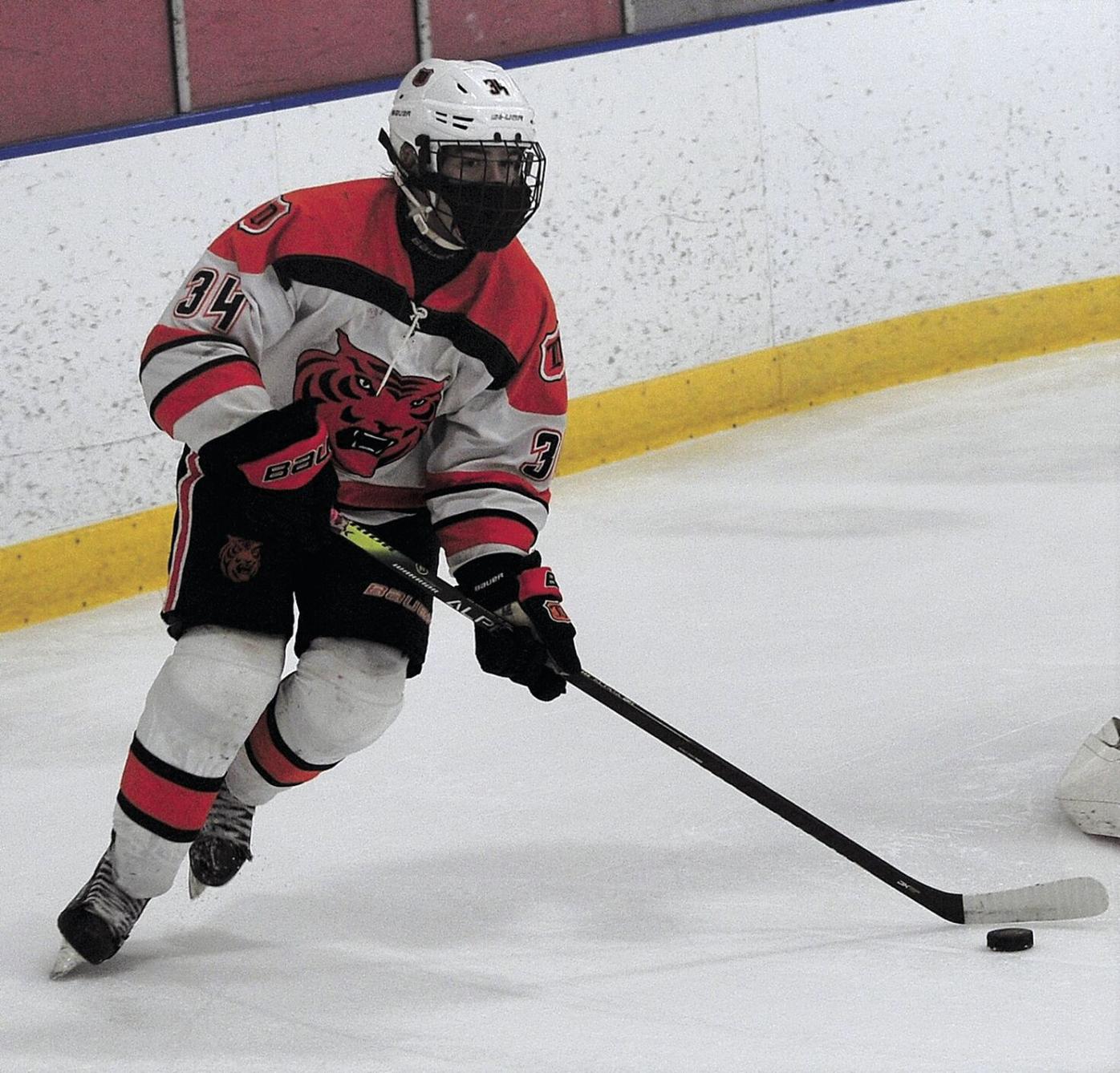 Brayden Coppin is a ninth-grade defender for the Delano-Rockford boys hockey team that advanced to the state tournament. Three other defenders will be playing in their third straight state events. 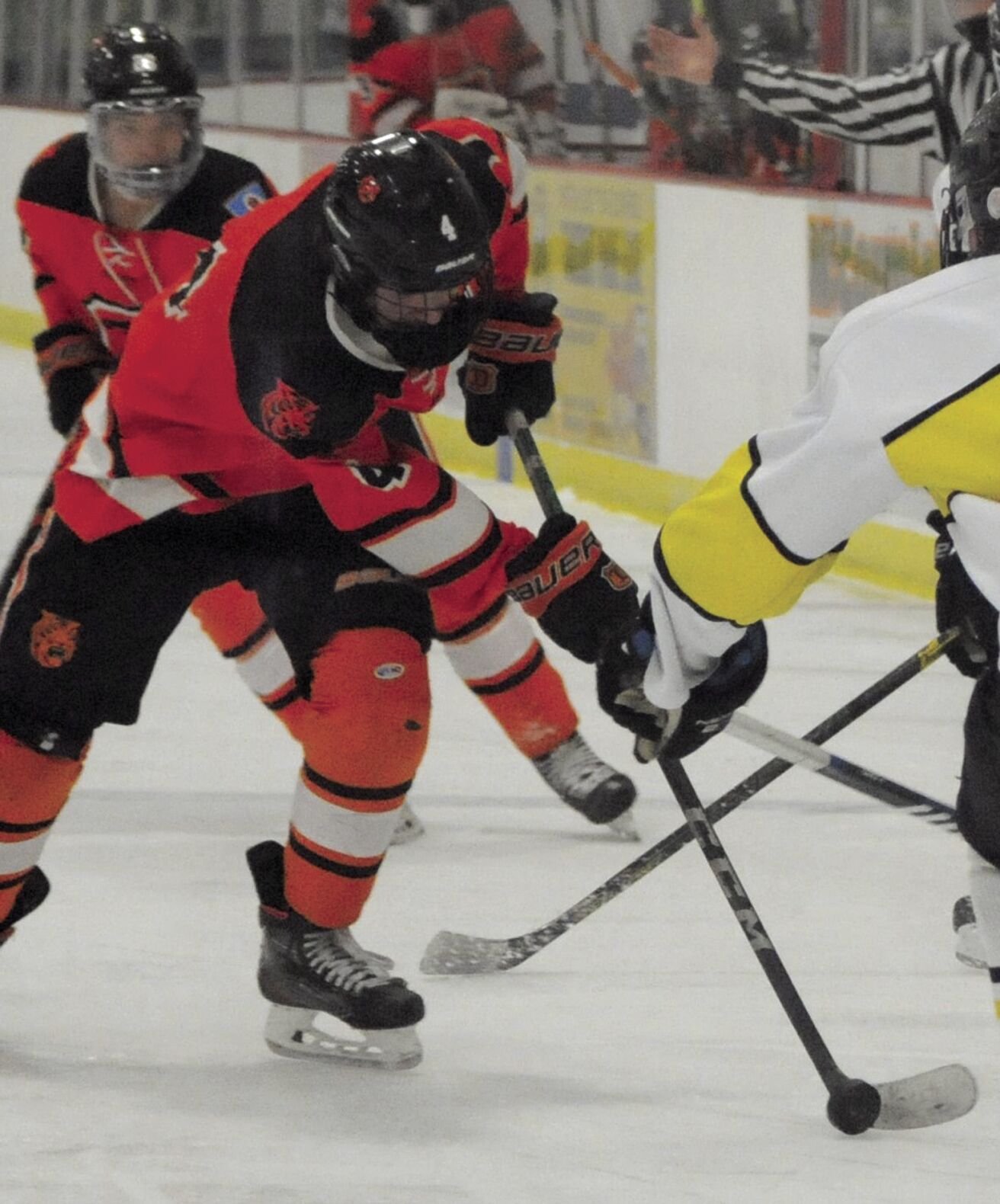 Will Brown is a sophomore forward for the Delano-Rockford boys hockey team that made it to state. He is on the team along with his brother Adam, a senior captain making his third trip to state.

Brayden Coppin is a ninth-grade defender for the Delano-Rockford boys hockey team that advanced to the state tournament. Three other defenders will be playing in their third straight state events.

Will Brown is a sophomore forward for the Delano-Rockford boys hockey team that made it to state. He is on the team along with his brother Adam, a senior captain making his third trip to state.

It took about 35 years for the Delano-Rockford boys hockey team to make it to the state tournament the first time. Now the team has gone to state in four of the last five years, including three in a row.

Delano-Rockford advanced to the State Class A tournament after defeating top Section 2 seed Breck 5-1 last week. It was a dominating performance when out-shooting Breck 33-13 and scoring five unanswered goals.

The team opened the state tourney on Tuesday, March 30, as the No. 5 seed after this issue went to press. A win over No. 4 Little Falls would put Delano-Rockford into the semifinals against either No. 1 seed Hermantown or Dodge County, 1 p.m. Friday, April 2, at the Xcel Energy Center in St. Paul. The title game is set for 6 p.m. Saturday, April 3, at Xcel. There is no consolation bracket this year.

The team opened section play as the No. 2 seed with a 6-0 win over No. 7 Robbinsdale Armstrong-Cooper. In the semifinals D-R defeated No. 6 Orono 4-1.

“It was a different feel from how games progressed in the previous three section titles,” said coach Gerrit van Bergen about the section title game this year. “The first two titles were won 2-0 and last year it was in double overtime. I described it as the first section title without a heart attack mixed in.”

After falling behind 1-0 after the first period against Breck, Delano-Rockford broke out with three goals in the second period, netted by Tyler Selstad, Gunnar Paulson and Trevor Oja. Braeden Collings and Adam Brown scored in the third period as goalie Thomas Huotari made 12 saves. Colin Pettit and Jesse Peterson both added two assists.

“One unique piece about this year is that we are able to see so much of our opponent on film because of covid and every team being able to live-stream their game,” notes van Bergen. “We have been able to isolate a few things about teams. It is more of understanding their purpose and structure and what they do. We are able to prepare our guys a little bit better.”

A strength of the team has been defense and limiting opponent scoring opportunities. The best example was holding Armstrong-Cooper to just six shots on net in the first playoff game.

“It is our identity as a team and who we are,” said van Bergen. “Our defensive core is well-coached by Chad Wagner. We have our centers function as a third defender when we can be overwhelming in our D zone. We have a team objective of not allowing more than 15 shots on net.”

Another positive factor this year is having 14 players return with varsity experience. This includes senior defenders Jack Keranen and Pettit, plus junior Colin Lommel, who will be playing in their third state tournament.

When Delano-Rockford qualified for state for the first time in 2017 it had the highest scoring team in the state and four players who played Division I college hockey. Ben Myers is a leader for the Gopher hockey team.

“After we lost the first game with such a talented team I wondered if we would get back,” said van Bergen. “It was such a challenge to get there the first time. I thought do we have to be that good to make it each year. It is hard to be that good, especially for a small town.”

The coach said he learned a team has to be the best version of itself, to find its identity and celebrate it. One recent run to state involved three straight shutouts, proving it can win without having several scoring standouts.

The hardest part about this season may have been dealing with the COVID-19 pandemic, resulting in a shortened season and many restrictions, including wearing masks when playing.

“It has definitely been like living on egg shells,” said Van Bergen. “We needed an incredible amount of documentation and understanding how to organize the locker room with seating assignments in a certain manner. If we had contact tracing, we did not want to lose all our defenders, for example. We even had assigned seats on the bus.”