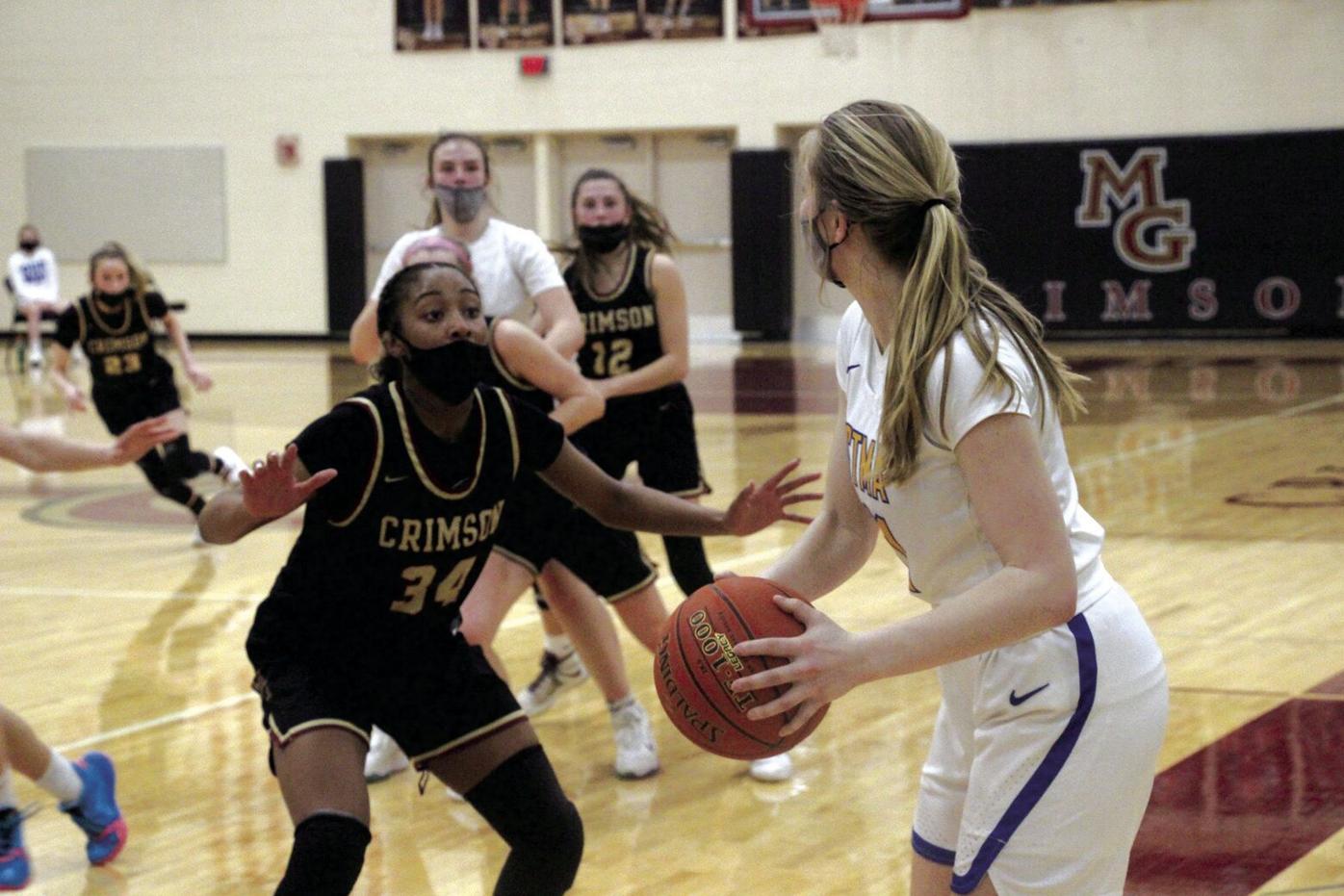 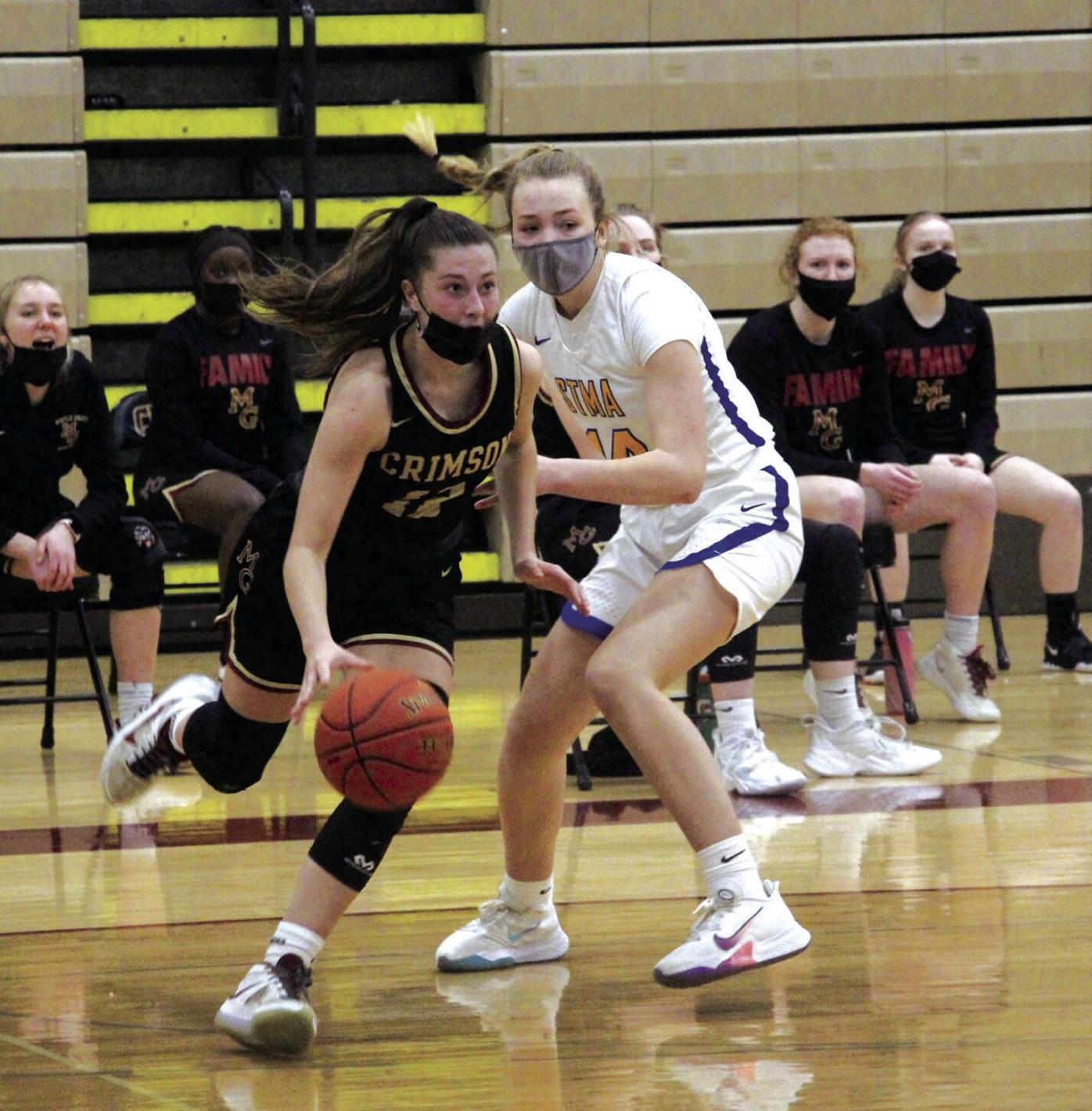 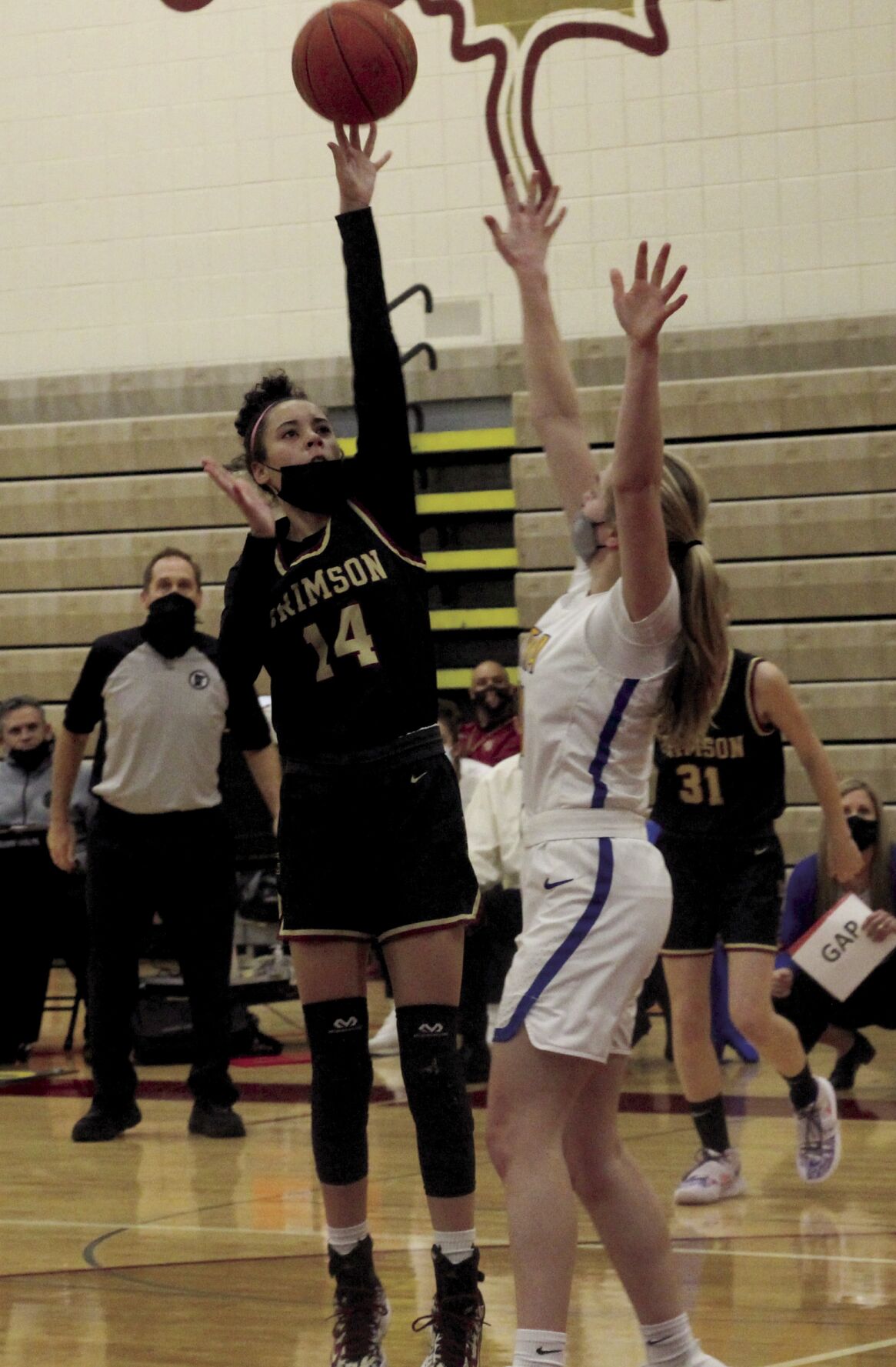 On the first rainy night of the year, a sign of spring was evident. Not just the soggy roads and wet ground, but playoff basketball in the air. And in the Maple Grove Senior High gymnasium, intensity saturated the atmosphere in advance of the Section 8AAAA girls basketball semifinals.

After beating Moorhead in the quarterfinals, Maple Grove girls basketball played St. Michael-Albertville on March 23 for a spot in the section finals. Last year, these two teams faced off in the section finals, with the Knights winning 70-52. But this year, the Crimson got to host the match up and make amends for last year’s loss.

But early, the Knights’ 3-2 zone caused problems for the Crimson offense. Wherever the ball was, multiple Knights defenders soon swarmed that area. Combined with the smothering defense, St. Michael Albertville seemingly couldn’t miss from beyond the arc. Led by Emma Miller’s 16 points, the visiting Knights jumped ahead of the Crimson and maintained that momentum the rest of the half. Miller capped off the impressive half with a buzzer-beating three-pointer, which led her to do her version of Michael Jordan’s infamous “shrug.”

Everything that made the Knights click in the first half carried over in the second, but the Crimson brought a renewed energy. The lead, once 13, was cut to six with 11 minutes to go, and the once barren Maple Grove offense had some life.

But just like they did all night, St. Michael-Albertville had an answer. Through it all, they relied on their defense and physicality to eventually wear at the Crimson, and it did, with seemingly every 50-50 rebound or loose ball ending up in a Knight’s arms.

Maple Grove continued to make mini-runs, but the lead would always be within arm’s length of eight to ten points. Just like they did last year, albeit, with a different roster iteration, the Knights beat the Crimson in the section playoffs, this time by a score of 70-56.

Miller led the Knights with 26 points, and Kylie Baranick paced the Crimson with 17.

In pursuit of a comeback, simple mistakes kept the Crimson two steps behind. “I don’t think we made good decisions with the basketball,” head coach Mark Cook said.

“We had opportunities to rebound, and we didn’t block out. We got destroyed on the boards tonight. That gave us no chance to be able to come back.”

There was, however, one bright spot amid defeat. Senior Jordyn Lamker, who had season-ending knee surgery in February, stood up from her bench seat, took off her warm-up clothes, and donned a black Crimson jersey, with a black knee brace. For the final 12 seconds, she stood on the court with her teammates, getting to bask in one more high school hoops memory.

When asked about his departing seniors and their impact on the team, Cook, who previously called this class the most prolific in school history, got emotional.

“They have meant a lot to this program,” he said with tears in his eyes.