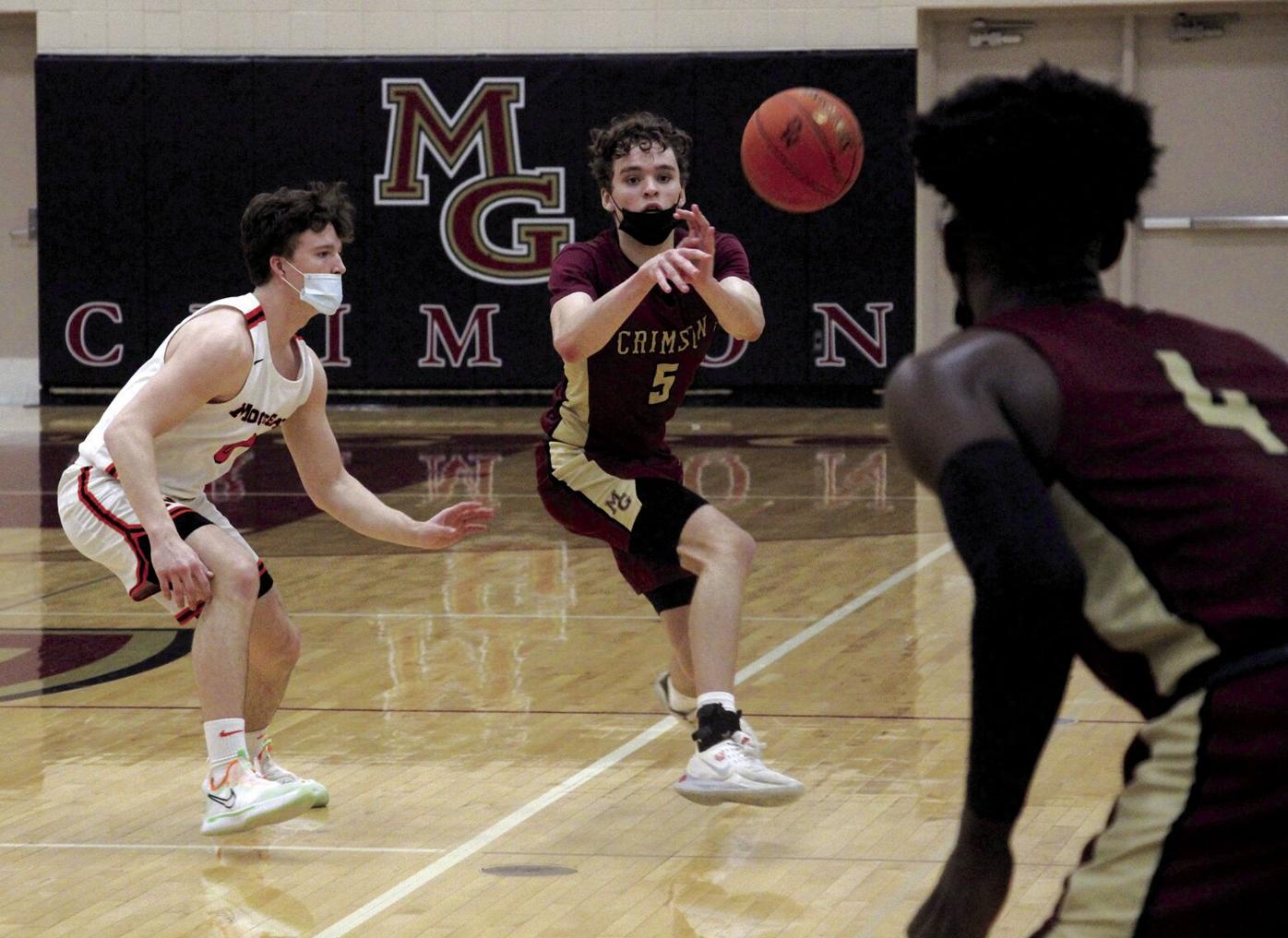 Morgan Moore passes the ball to Terence Anthony-Larmouth in the corner against Moorhead in the Section 8AAAA Championship on Friday, March 26. Moore finished the game with a team-high 21 points, and Anthony-Larmouth added 17. (Photo by Sam Johnson) 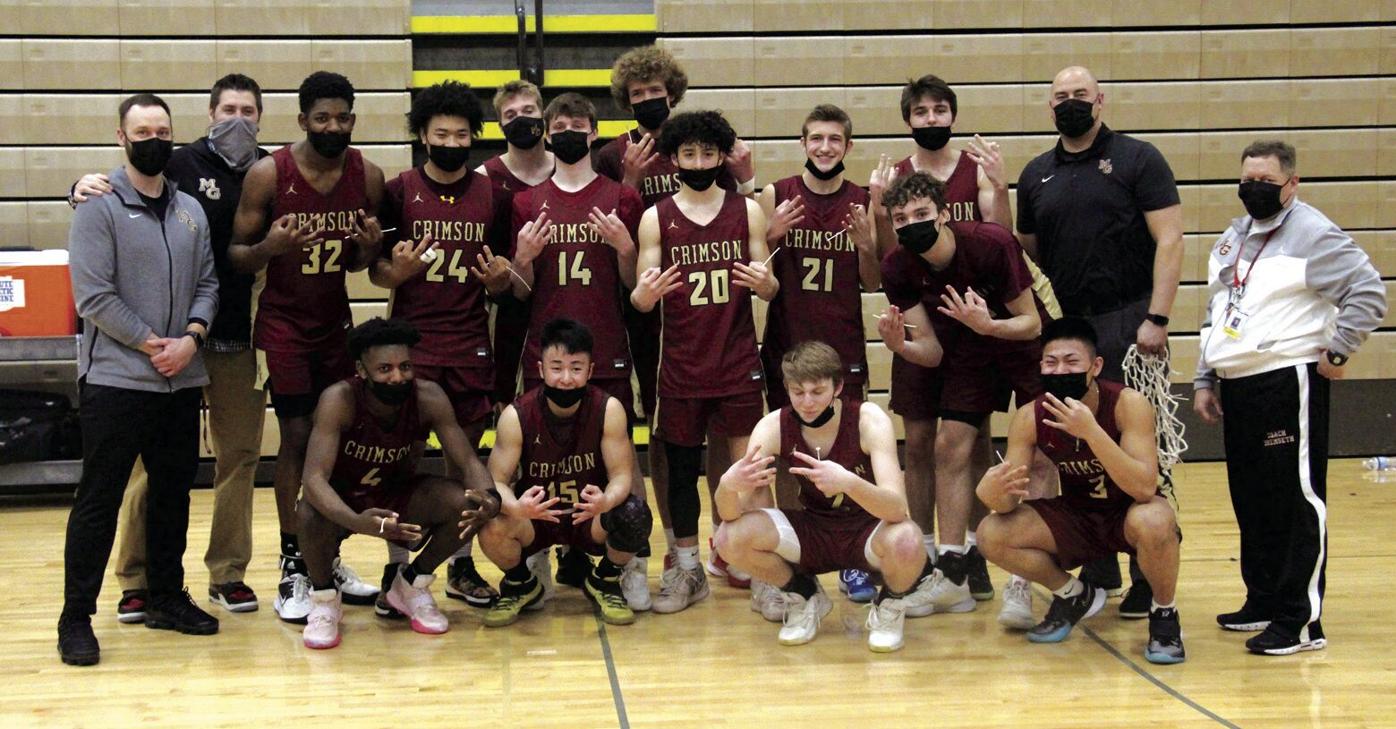 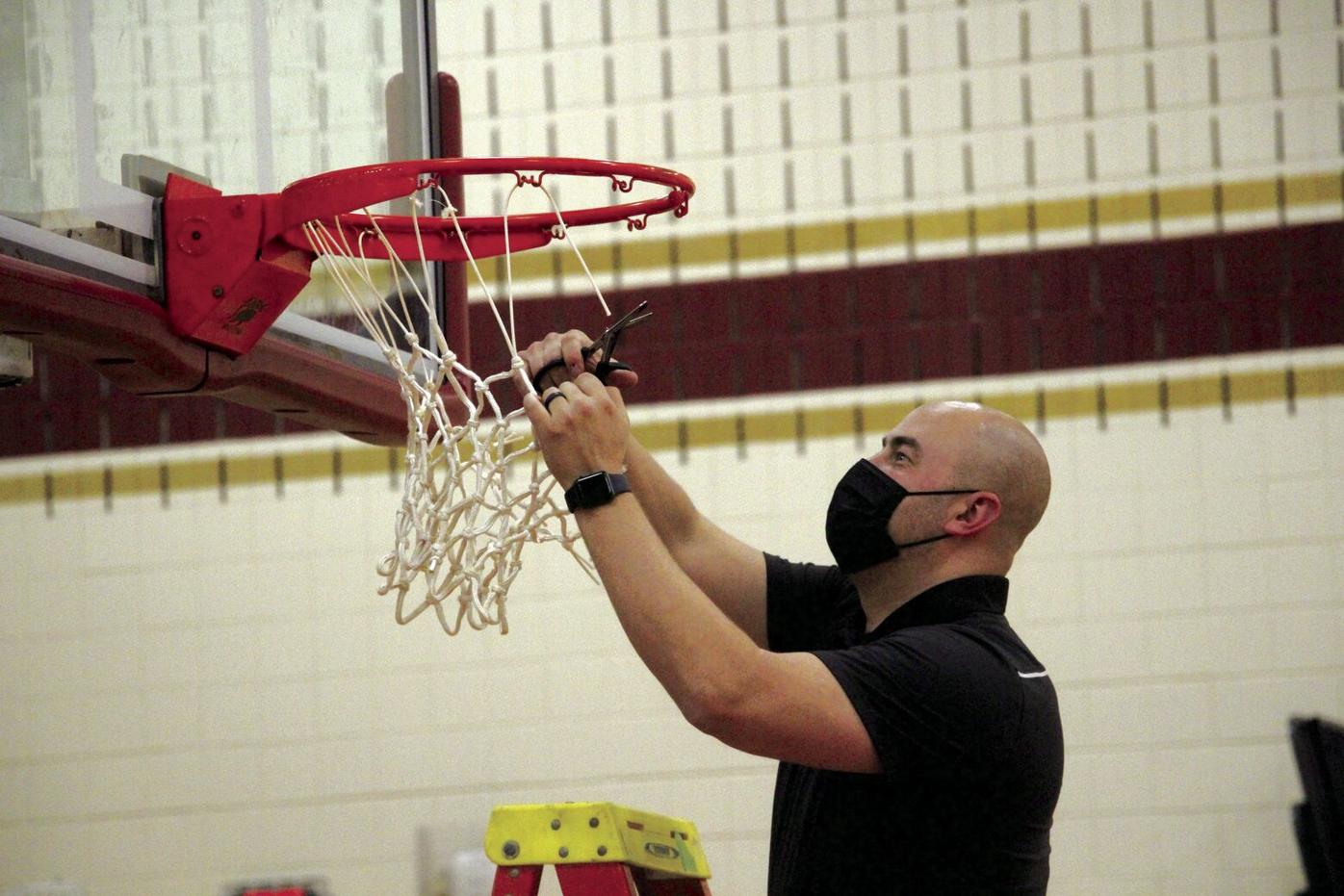 Head coach Nick Schroeder cuts down part of the net after the Section 8AAAA Championship against Moorhead on March 26. Schroeder and Maple Grove won their sixth-straight section title. (Photo by Sam Johnson)

Morgan Moore passes the ball to Terence Anthony-Larmouth in the corner against Moorhead in the Section 8AAAA Championship on Friday, March 26. Moore finished the game with a team-high 21 points, and Anthony-Larmouth added 17. (Photo by Sam Johnson)

Head coach Nick Schroeder cuts down part of the net after the Section 8AAAA Championship against Moorhead on March 26. Schroeder and Maple Grove won their sixth-straight section title. (Photo by Sam Johnson)

Coming off their upset win over Brainerd on Tuesday, March 23, the Moorhead Spuds’ momentum took the three-hour bus ride with them down to Maple Grove to face the Crimson on Friday, March 26, for a spot in the state tournament.

Even though the Spuds held the number five seed in the section, by beating the Warriors, they proved to everyone that rankings were just a number. But Maple Grove is tried and tested. The Crimson are the five-time defending section champions and once again playing their best ball of the season when they need to.

In the first half, Maple Grove took control early with energy permeating out in the form of offensive rebounding and getting 50-50 balls. However, the Spuds kept the lead within reach all half, not letting the deficit exceed 10 points and continuing to remind the Crimson they were here to play.

Moorhead senior Brady Walthall led the team with 12 first-half points and senior Belind Alemadi hit a buzzer-beating jump shot to end the half, giving the Spuds momentum as they only trailed 27-24.

Coming out of intermission, as they did against Elk River, the Crimson once again threw the first punch. In their preparation for the Spuds, Nick Schroeder recognized his team had a decisive advantage in the interior and sought to exploit that as much as possible. “We knew earning extra possessions on the offensive end with rebounding was going to be huge,” head coach Schroeder said.

And early in the second half, the Crimson were controlling the paint, getting seemingly every offensive rebound and turning it into second-chance points. Maple Grove’s lead expanded to 39-28 early in the beginning stage of the half, but the Spuds had an answer. Led by senior guard Brady Walthall, Moorhead started getting hot from three-point range, and eventually cut the lead to 55-52 with three minutes left in the second half.

But unlike in earlier games this season, the Crimson didn’t panic. Moorhead’s full-court press wasn’t as devastating as the visitors thought, and Maple Grove found themselves with several uncontested layups or trips to the free-throw line to pad the lead. The Spuds’ three-point shooting cooled off and their scoring opportunities dwindled, leading to the Crimson dribbling out the clock and celebrating a 65-56 win.

Walthall led the Spuds with 25 points.

“We worked hard the whole season to get to this point...countless hours in the gym,” Moore said. “It feels good with all the work put in to get this result.”

What made this section final different from the previous five was evident for the Crimson early on: no crowd energy. So, they had to manufacture their own. “We knew it would be a quiet gym, so we had to provide our own energy. We knew that had to come from our play,” Schroeder said.

As they prepare for their state quarterfinal against undefeated Champlin Park on Wednesday, March 31, Schroeder is proud of the way his team has exemplified the culture of Maple Grove basketball. “We try to teach the kids the right way to play basketball,” he said. “These kids are outstanding. I love this group.”

Maple Grove boys basketball believes they are peaking at just the right time. They just defe…