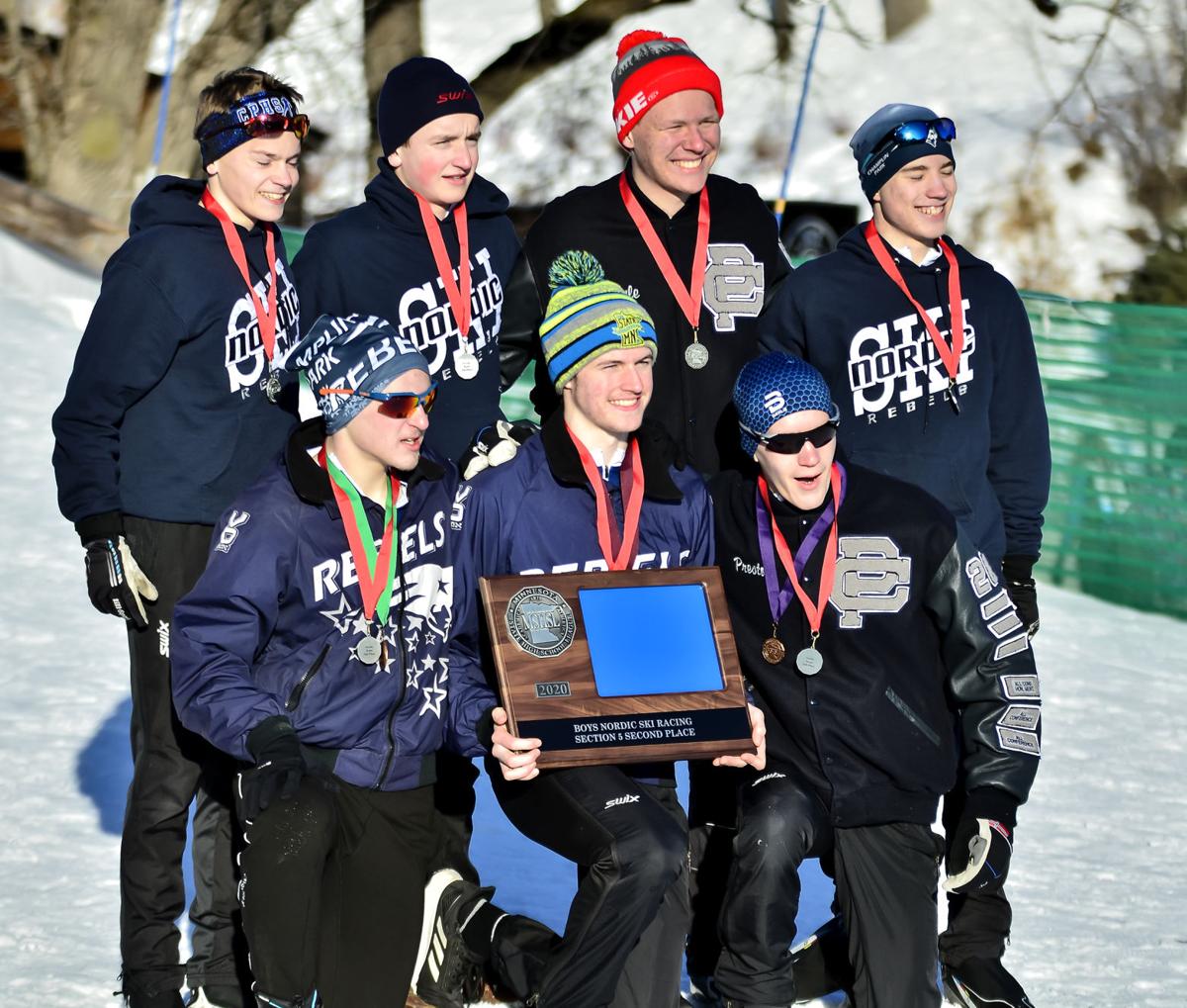 Champlin Park Nordic boys finished 5A section runner-up Feb. 5 at Theodore Wirth Park. The Rebels advanced to state as a team for the second straight season with a 372, just three points behind first-place Maple Grove. 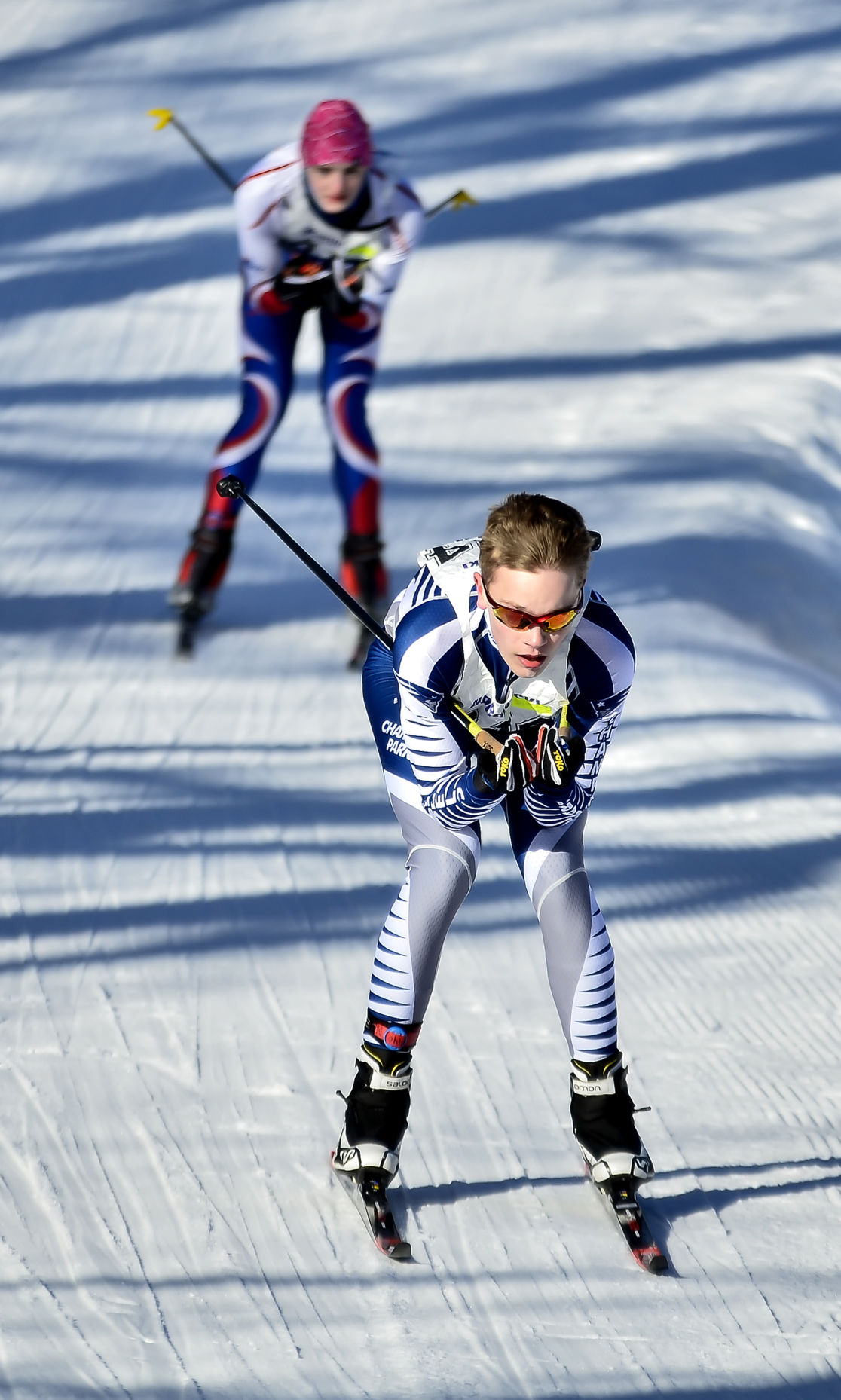 Champlin Park Nordic boys finished 5A section runner-up Feb. 5 at Theodore Wirth Park. The Rebels advanced to state as a team for the second straight season with a 372, just three points behind first-place Maple Grove.

Champlin Park Nordic boys skiing are headed back to state for the second straight season after finishing 5A section runner-up Feb. 5 at Theodore Wirth Park.

The Rebels finished with a 372, three points behind section champion Maple Grove (375). At sections, only the top four racers count toward the final score. And while many of the teams remain the same, there are notable teams in different sections, such as Armstrong.

That makes both races extremely different, not even including the different weather and randomness of times.

But in the end, the goal is to make it to state, and Champlin Park accomplished the feat again.

“Maple Grove had a really good race, and we are looking forward to the state race and doing better,” senior Jack Nightingale said. “Last year, we didn’t do so well at state, so we are hoping to improve, take home a good spot and do well.”

Nightingale led the Rebels in fifth place, and seniors Mark Scheller and Connor Preston were right behind him in sixth and seventh – which earned all three racers medals.

Scheller actually led the three headed into the 5K classical pursuit, but Nightingale had a faster pursuit time to finish in 25 minutes, 25.2 seconds.

The three seniors have raced close and in the top 10 for much of the season, including conference when Scheller took third, Preston took fourth and Nightingale was sixth.

“It makes it exciting for sure,” Nightingale said. “It makes it very interesting when you always have a teammate right next to you. It kind of drives you and gets you going.”

“We are very happy with the way the team performed,” coach Charlie Rietschel said. “Everyone gave it their all today. Three points was pretty close, so we’d have loved to have taken the win but we are happy with it the way it is.”

All seven skiers earned All-Northwest Suburban Conference honors in a season that coaches and athletes have said is ahead of where the team was last year.

That makes the goal higher in the group’s second opportunity at state Friday, Feb. 14, at Giants Ridge in Biwabik.

And besides the experience from a year ago, the Rebels have also skied on the course already this season on Jan. 4 at the Mesabi East Invitational.

“We should have an opportunity,” Rietschel said. “They have to do their race, and hopefully we will be able to save our best race for the end.”

Champlin Park Nordic boys travel to state Friday, Feb. 14, at Giants Ridge in Biwabik. The freestyle is set for 12:10 p.m., and the classical pursuit is at 3:30 p.m.