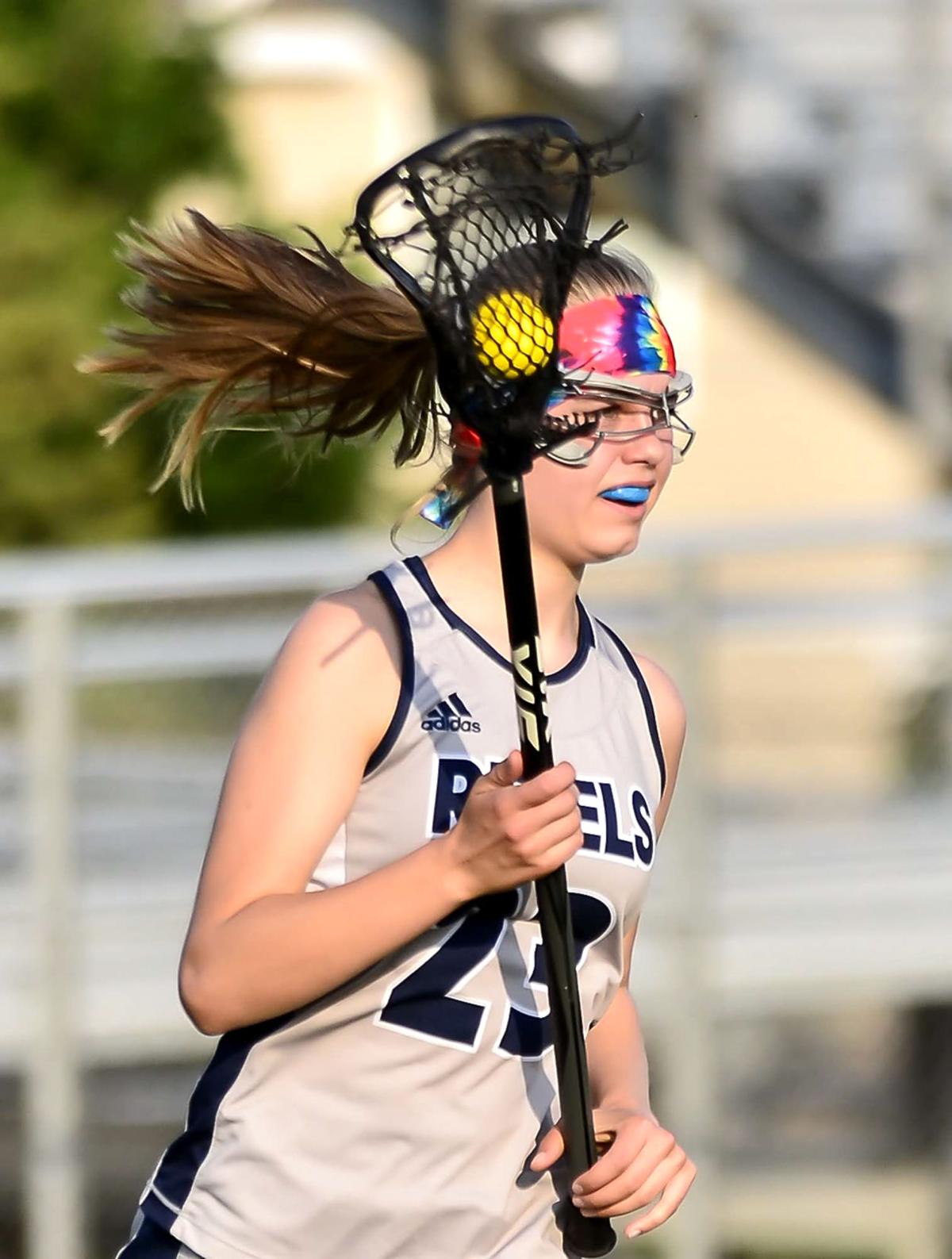 Champlin Park senior Clara Johnson, pictured with the ball during the 7A section semifinals, is one of several seniors who lost the opportunity to play in 2020. 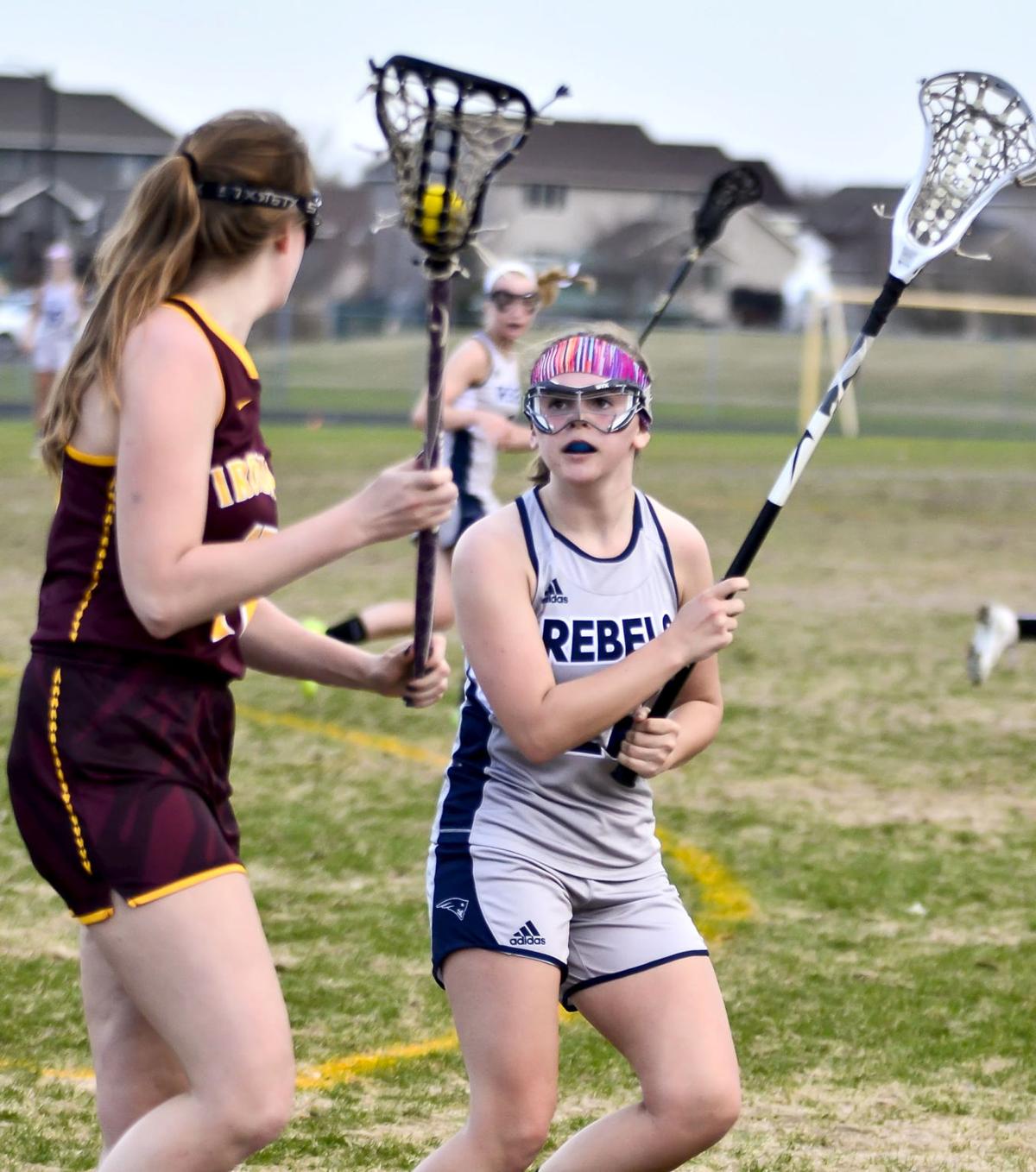 Champlin Park senior defenseman Josie Mork blocks a passing lane in a regular season game last season. Mork was coming back in 2020 to help the Rebels have another chance at making state. 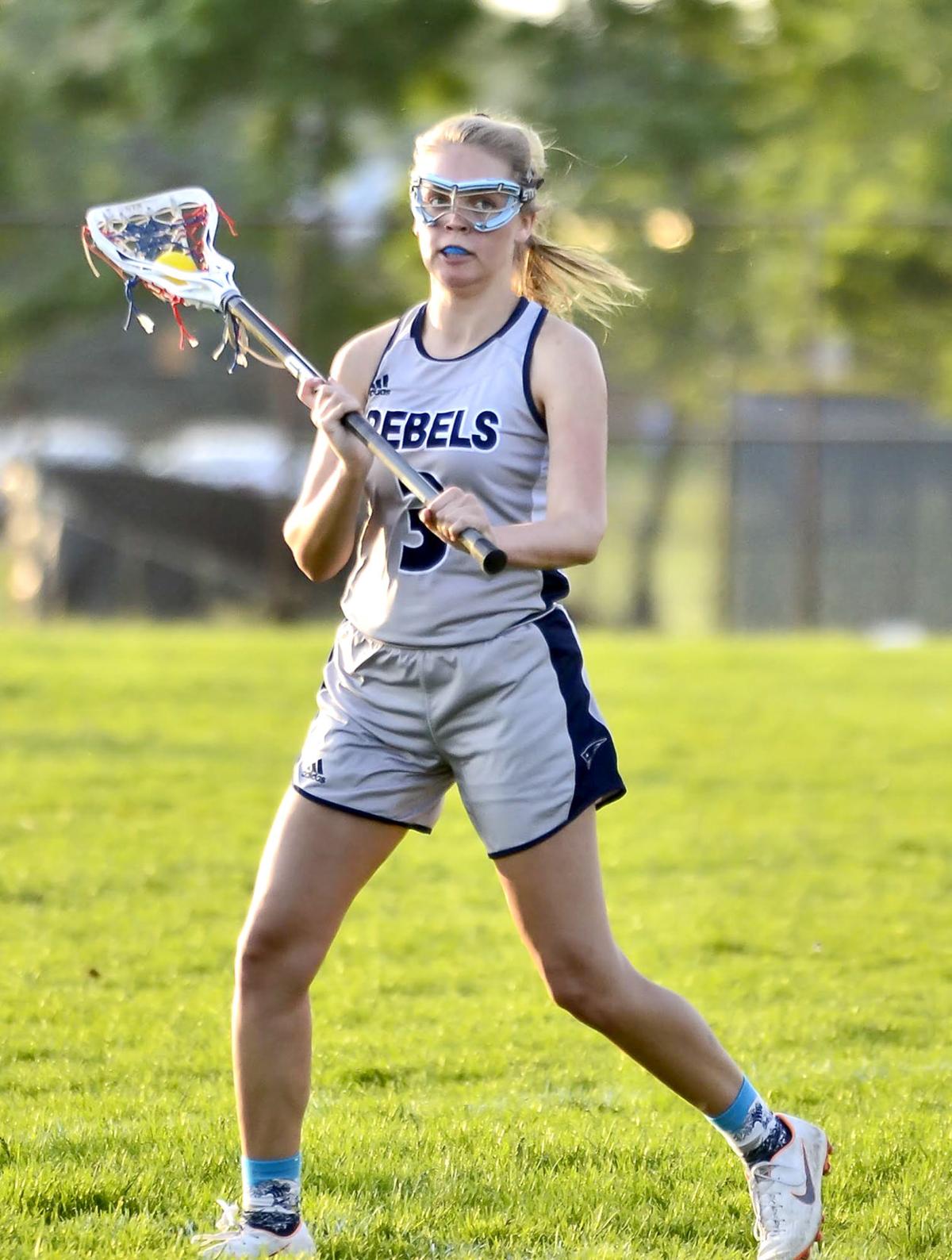 Champlin Park senior Georgie Stammer was a defensman last year. Stammer was looking to help the Rebels in 2020.

Champlin Park senior Clara Johnson, pictured with the ball during the 7A section semifinals, is one of several seniors who lost the opportunity to play in 2020.

Champlin Park senior defenseman Josie Mork blocks a passing lane in a regular season game last season. Mork was coming back in 2020 to help the Rebels have another chance at making state.

Champlin Park senior Georgie Stammer was a defensman last year. Stammer was looking to help the Rebels in 2020.

Champlin Park girls lacrosse fell just one game short of making state for the first time in school history last season, falling to Forest Lake in the 7A section final.

But with eight of 12 starters and some up-and-coming players in the program, coach Jeff Johnson said that expectations were high to at least make it back to the section final and have a chance to advance further in 2020.

“It was exciting for us,” Jeff Johnson said. “We had high hopes to go back and avenge a heartbreaking overtime loss that we had to Forest Lake in the section final of 2019. Any time you lose like that in the way we did after having a great 2019 season, as much fun as it is, it always kind of stings and leaves a little bad taste in your mouth – wanting to come back and have another whack at it and see what could be done in 2020.”

Stammer and Mork were a part of a defense that allowed under five or fewer goals 11 times during the 2019 regular season, where Champlin Park finished 12-1 overall and 11-1 in the Northwest Suburban Conference. Both also added goals during the regular season.

Mork is committed to continuing her lacrosse career for St. Ambrose University (Davenport, Iowa), which is a member of the National Association of Intercollegiate Athletics.

Clara Johnson, who was all-conference and all-section last season, finished with 30 goals and 14 assists, which made her second on the team in points during the regular season. In the section playoffs, she added six goals and six assists to lead the offense to 19-3 and 8-3 wins over Chisago Lakes and Andover before falling 7-6 to Forest Lake in overtime of the section final.

“Those three players – they were three of our four captains, were great leaders and have been on the team for a number of years,” Jeff Johnson said. “We will definitely miss having them around for our 2021 season for sure.”

Mayer finished with 30 goals and 22 assists, and Carlson added 29 goals and 11 assists in both the regular season and sections combined. Schack added six goals, and Theisen also helped on offense with a goal and an assist.

Freeman was the starting goalie and had 76 saves on 148 shots on goal.

Freshman Fayedra Vang also moved into Champlin and was transferring from Minnehaha Academy to play for the Rebels after starting for the Redhawks as an eighth-grader and collecting nine goals and three assists during the regular season.

All of the returners and Vang would have been battling for playing time as starters and off the bench, Jeff Johnson said.

“We have such a strong younger class starting to come up too, that there’s a lot of pressure within our program as we continue to grow,” Jeff Johnson said.

The Rebels already were putting in work during the offseason with workouts, girls being in the weight room a few nights a week, captain’s practices and other ways to get ready. But then the pandemic hit, and it slowed the training down during the suspended period.

The preparation usually leads to a season, which coach Johnson said is the fun part – watching how the team is built through individuals and the hope to create something special.

Once the season officially was canceled on April 23, coach Johnson said it was heartbreaking.

“For some of them, it is the end of their career, and this would have been some of the last chances to play,” he said. “It is a whole grieving process for many of them to kind of work through.”

Johnson said there will be only four groups of nine players and a coach allowed on a field and only individual skill development will likely be done with stick work, fundamentals and shooting being the emphasis with very little defense.

There is a plan for Champlin Park to host a high school lacrosse Minnesota championship Aug. 1-2 at the high school that is based on whether restrictions on games are lifted by then. Several top programs in the state have already signed up.

That’s going to be a fun event that will give not only some of the incoming freshmen opportunities to show their stuff, but it’s also an event that we are hoping to allow outgoing seniors to be a part of – kind of last hurrah for them,” Jeff Johnson said.

As for the expected 2021 returners, the future still looks good for the program not only with numbers but having a large 2021 senior class coming back to lead the team.

Mayer and Carlson are some of the top attackers in the state, and Schack and Theisen bring depth to the midfield and defense. Freeman also is expected to return and remain solid in the net.

And all of the players are definitely hungry to get on the field and see what they can do.

“We are hoping for some great leadership and experience that we are going to get from them, and hopefully, they can mentor some of those younger players,” Jeff Johnson said. “We feel pretty good about our future and what that can look like for us next year.”