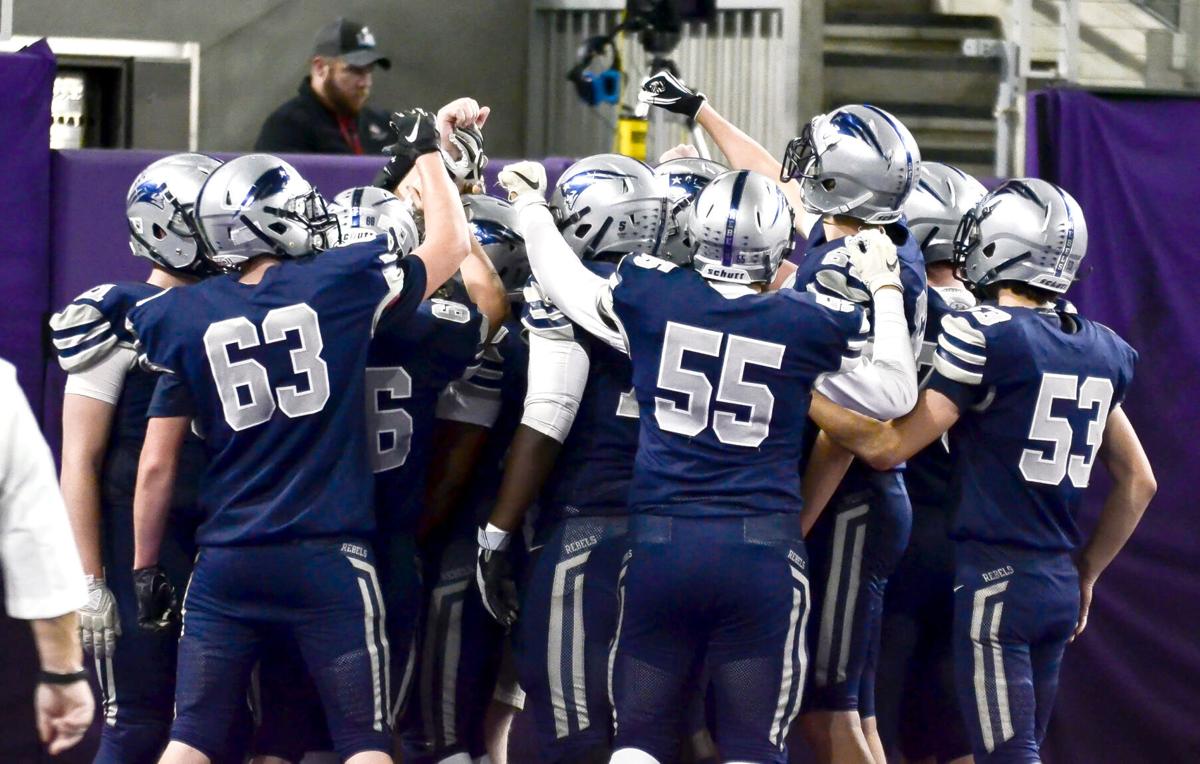 The Minnesota State High School League moved football from the fall to mid-March in order to allow for more time to pass in the hopes that the COVID-19 pandemic gets better and to give the sport a better chance of happening safely. Champlin Park looks to take advantage of the extra time to prepare for the season. 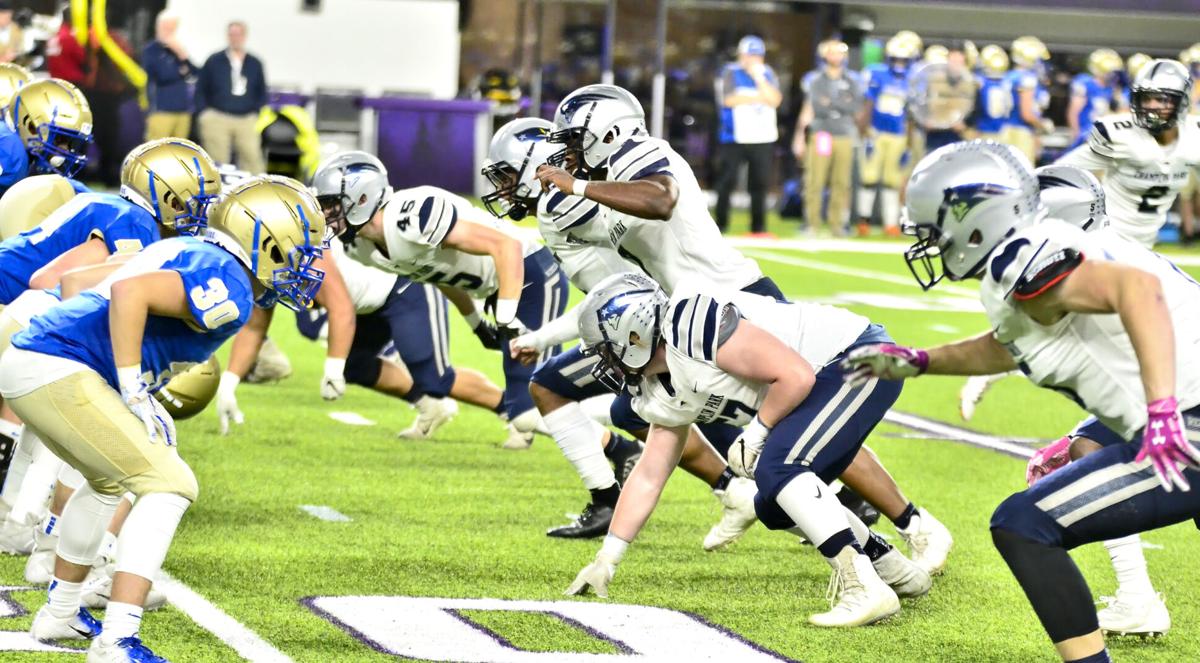 The Champlin Park football team will have to wait until March to compete in 2020.

The Minnesota State High School League moved football from the fall to mid-March in order to allow for more time to pass in the hopes that the COVID-19 pandemic gets better and to give the sport a better chance of happening safely. Champlin Park looks to take advantage of the extra time to prepare for the season.

The Champlin Park football team will have to wait until March to compete in 2020.

Champlin Park football coach Nick Keenan was not shocked when the Minnesota State High School League decided to move football to the spring Aug. 4 in its fall board of directors meeting.

And for him, the decision is the best idea because the COVID-19 pandemic is not going away – with cases going up across all age groups.

Keenan said he has a feeling that there might be another school shutdown coming by late September or early October, and if that happens, it would have meant the cancellation of the football season if it began in its usual time frame.

“I think that would have been devastating for our seniors and just the team in general,” Keenan said.

Instead, the season is going to be moved to the spring, from mid-March to mid-May with postseason plans unknown at this time. And that not only gives hope for a completed season and a closer to normal experience but also gives more time for players and teams to hone their skills.

Keenan said he told the team during the summer practices that if the season started in the fall, there would have been no team meals, locker rooms, team meetings or fans. There would also have to be multiple bus trips for the team to get to practices or games in order to keep with social distancing guidelines.

“It would have been just really difficult,” Keenan said. “My hope is that by the springtime, it will be back to normal with fans, school pride, meetings, team get togethers, team dinners and stuff like that.”

The other positive is how players will be able to gauge themselves longer after nine summer practices. Even though there are no depth charts yet, Keenan said that players can figure out who is better than them and try to close the gap.

It also helps for players that were limited in the offseason because of the pandemic. Now, they can work out and get up to speed.

The MSHSL also voted to allow football teams to continue practicing in the fall, though no fall sports practice guidelines have been shared yet.

Keenan believes they will get a number like possibly 15 practices, and the practices will need to follow all Minnesota Department of Health guidelines for youth sports.

“We are just taking it as a positive because we don’t want the season to be canceled right in the middle,” Keenan said.

There are still several unknowns for the season and for fall practices, and things might change again depending on the spread of the virus and where the hotspots are.

Preparing for the spring

There will be several differences in a season from March 15 to May 15.

The weather will be different, and Keenan already asked the athletic office to try to reserve the Brooklyn Park sports dome for March 15 to 26. Keenan said that they thought he was joking at first, but he was being serious.

Keenan coached 10 years of high school baseball and knows about Minnesota spring weather. Temperatures and snowy weather are one thing. Field conditions are another with baseball not getting outside until mid-April in some seasons.

Any football team without turf will be feeling those effects even more, and teams up north will have an even tougher time with temperatures sometimes still being below zero. Even in the Metro, temperatures can be below freezing at night until April.

Keenan said that he is going to try and get coaches and schools to work together and get teams without domes some practice time at other school domes – like Park Center, Maple Grove, Wayzata and Eden Prairie.

Of course, the pandemic can possibly hurt the chances of teams sharing facilities, but if things are closer to normal by March, Keenan said he wants to help make sure all teams are getting opportunities to overcome the harsher weather.

Other possibilities can be U.S. Bank Stadium, TCF Bank Stadium and TCO Stadium if guidelines allow. Keenan said he thinks there will be several people offering to help.

“I think we are going to have to work together as a whole state to get kids on turf, otherwise people’s grass will be ruined,” Keenan said. “I think it will be a good opportunity for the people that actually say that they care about football to help out those in need.”

Of course, there are also the positives of athletes and coaches getting another seven months to prepare for the season.

Keenans said that 160 players came out during the summer practices and a good bond was created.

“We were really impressed,” Keenan said. “I think we were set up to have a really good season again, and I think we still will.”

While coaches saw who would fall into starting spots, there is more time for players to mature and there will be opportunities for other athletes to join the team.

Keenan said he is working on trying to get eight basketball players out for the team. Before, they had AAU ball and didn’t want to commit to football with other goals of possibly earning basketball scholarships.

But now the football season will come after basketball.

“I think we’re going to get four, at least, of those eight, and those kids could have an immediate impact on our team,” Keenan said. “They are just really good athletes.”

No fall coaches on task force

Keenan had a feeling that big changes were going to happen several weeks before the MSHSL Board of Directors meeting, and even though he knew someone would probably be working on a proposal, he made one himself for spring football and sent it to Champlin Park athletic director Mathew Mattson and someone else at the MSHSL.

Keenan’s proposal had the season start around March 30 after looking at weather from the last few years. Average highs can be 35 around March 15 and around 50 by March 30.

But he also was thinking it would be a normal length of a season too. The plan right now is nine weeks for the spring football season with the dates going from March 15 to May 15. That leaves a lot of questions about season length and postseason.

“I just wanted to work ahead in case no one else was working on it,” Keenan said. “I knew they were, but I’m frustrated because on the task force, there were no fall coaches to give input. I still think it was the best decision.”