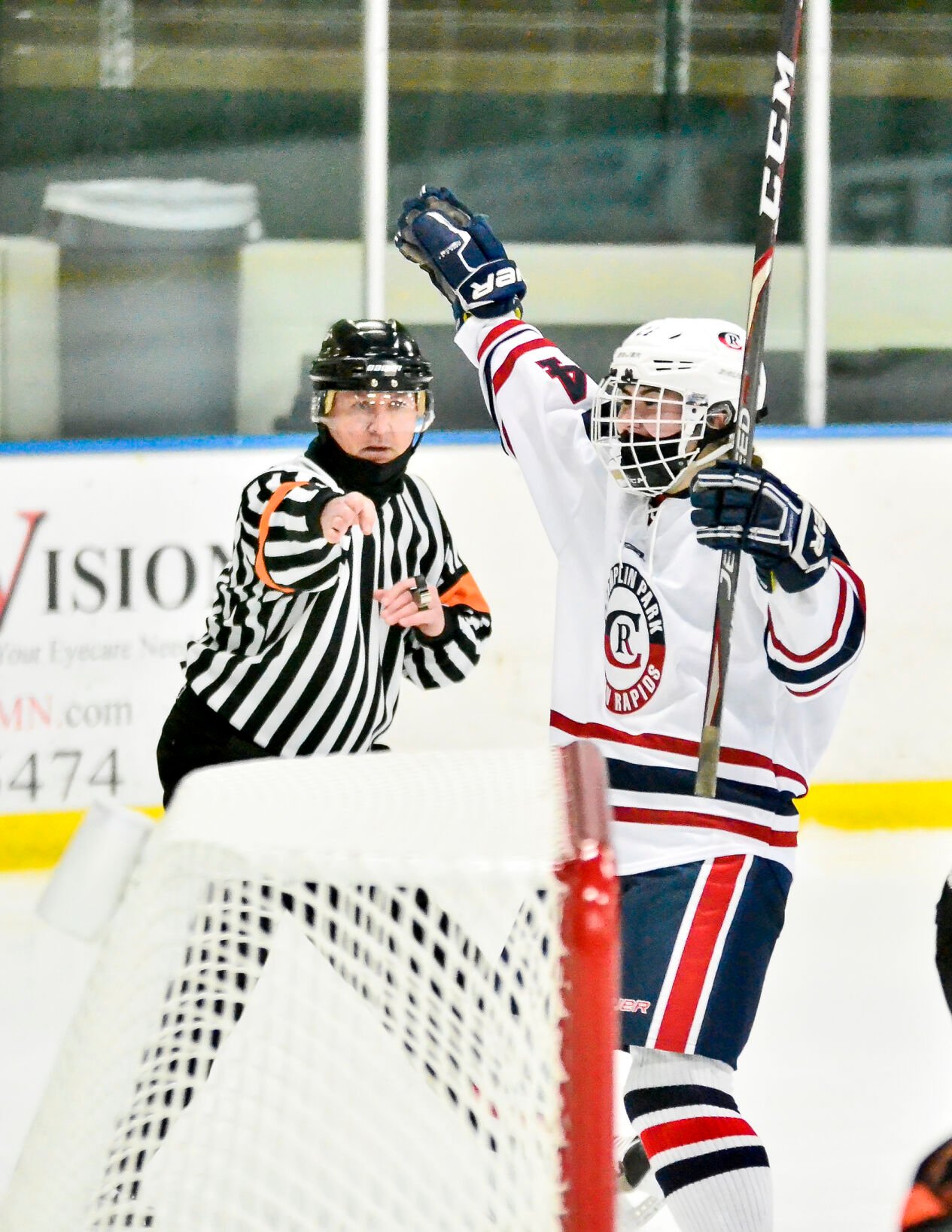 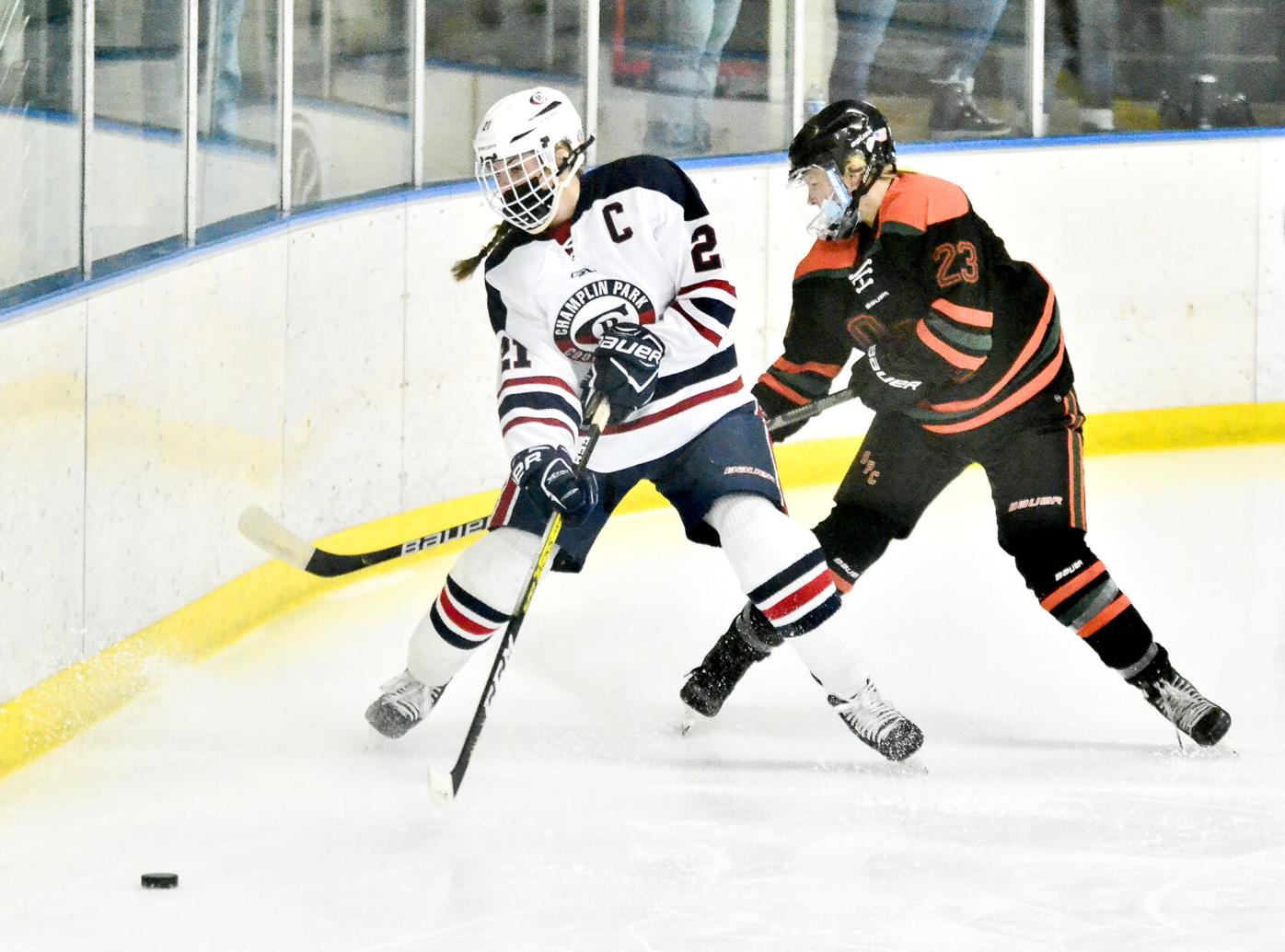 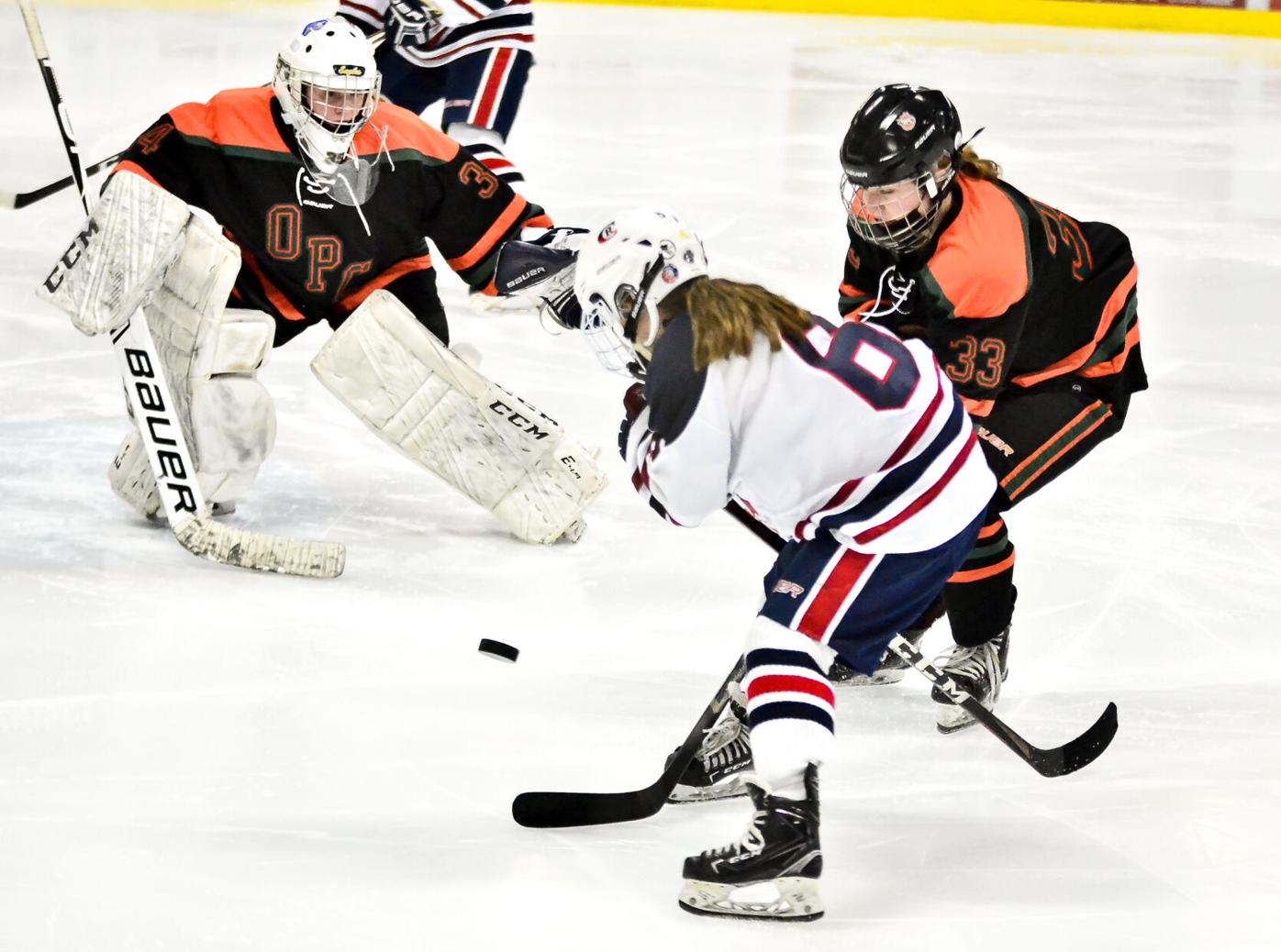 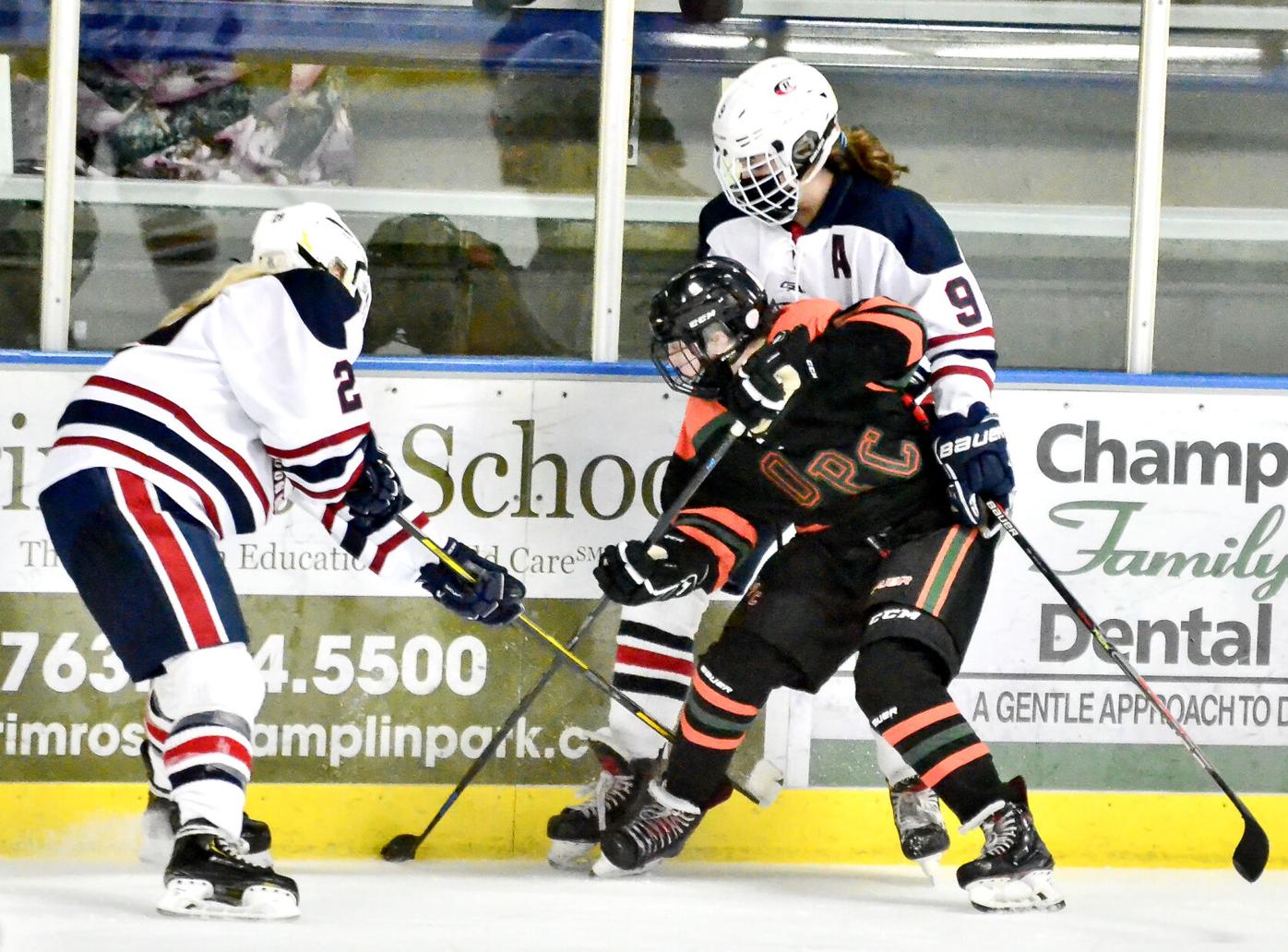 Spending too much time in the penalty box is usually not the ideal way to get wins, but Champlin Park/Coon Rapids was still able to secure a 3-2 win over Osseo/Park Center with some other positives.

On top of the stellar penalty kill, the offense also came to life Champlin Park/Coon Rapids – which was outscored 20-1 in three games coming into the night.

Senior forward Delaney Johnson was called for a 5-minute major penalty after a collision with 47.3 seconds left in the second period, but it was the Rebels who nearly scored shorthanded in the final seconds on a 1-on-1 shot by junior forward molly Terebayza that was turned away by sophomore goalie Claire Schmaltz.

Champlin Park/Coon Rapids senior goalie Camryn Mayer made a couple of saves of her own at the start of the third period, and Terebayza had another 1-on-1 chance that was stopped by Schmaltz.

But the Stars finally tied the game at 2-2 with 1:24 of the major penalty still left to kill. Senior defenseman Kiley Wahlin took a shot that was redirected into the net by senior forward Hannah Gray.

The Rebels were able to kill the rest of the penalty and two OPC penalties put them on a 5-on-3 power play. But they also couldn’t hit the back of the net despite the two-man advantage.

Instead, with the game tied 2-2 with less than three minutes to go, Delaney Johnson redeemed her earlier penalty with the assist on the eventual game-winner.

Sophomore forward Brooklyn Johnson passed the puck to Delaney Johnson, who took a shot that was stopped out in front of the net. Terebayza was right there to finish the play and give Champlin Park/Coon Rapids a 3-2 lead.

The Stars went with an empty net in the final 1:15 of the game, but they couldn’t get anything going with the 6-on-5.

OPC took a 1-0 lead in the first period on a 4-on-4 with a goal by senior forward Charley Sawicky.

The Rebels came back with two goals in the second period.

The first came off a redirect by sophomore forward Emma Olson on a shot by junior defenseman Kennedy Bolander with 13:41 left in the period.

Delaney Johnson received a pass by Brooklyn Johnson, which set up a 2-on-1 sprint toward the net. Delaney Johnson decided to pass the puck to Terebayza at the last second, and Terebayza buried the shot past Schmaltz for a 2-1 lead with 10:15 to go in the period.

OPC actually outshot the Rebels in the first and third period, 10-7 and 12-9. But the second period was all Champlin Park/Coon Rapids, which had a 12-6 advantage.

Emma Olson, Delaney Johnson and Terebayza all had good chances that were just saved, as the Rebels controlled the puck more.

Most of the penalty kills were in the first and third periods which led to more time in the defensive zone and less shots on goal.

The season itself has not started as the Rebels would hope, but they have also played some of the best teams in the state – an 8-0 loss to top-ranked Andover on Jan. 15 and a 6-0 loss to sixth-ranked Maple Grove on Jan. 22.

The other two losses were 6-1 games against Elk River/Zimmerman on Jan. 19 and at Rogers on Jan. 28. Another game against the Crimson was scheduled on Feb. 2, following the Sun Post’s Monday deadline.

Overall, Champlin Park/Coon Rapids has been outscored 26-2 in the four losses.

Terebayza scored the lone goal for the Rebels in a 6-1 loss at Rogers on Jan. 28.

Freshman defenseman Brooke DelCastillo had the assist on the goal in the second period.