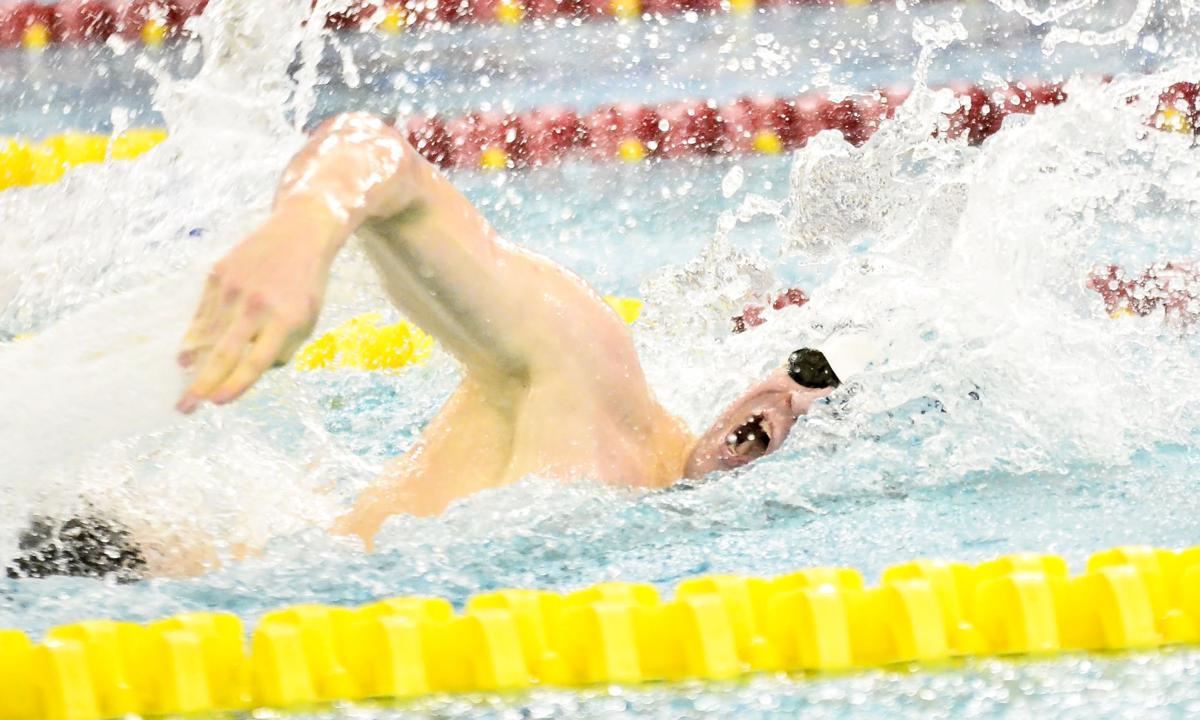 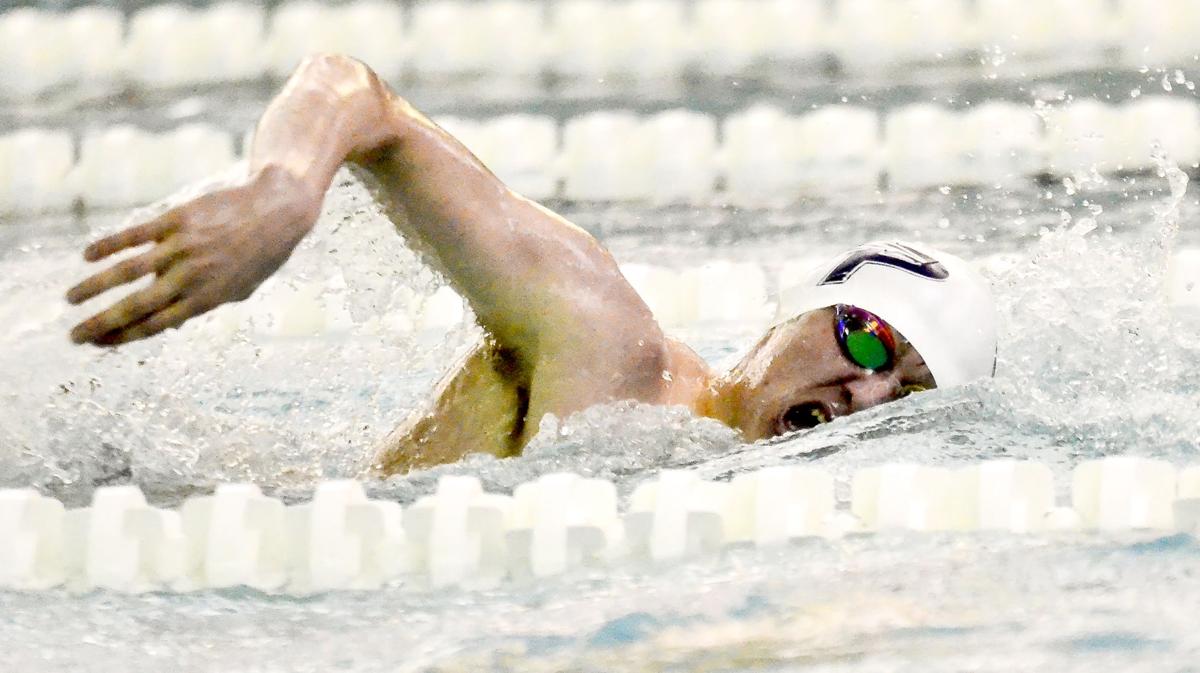 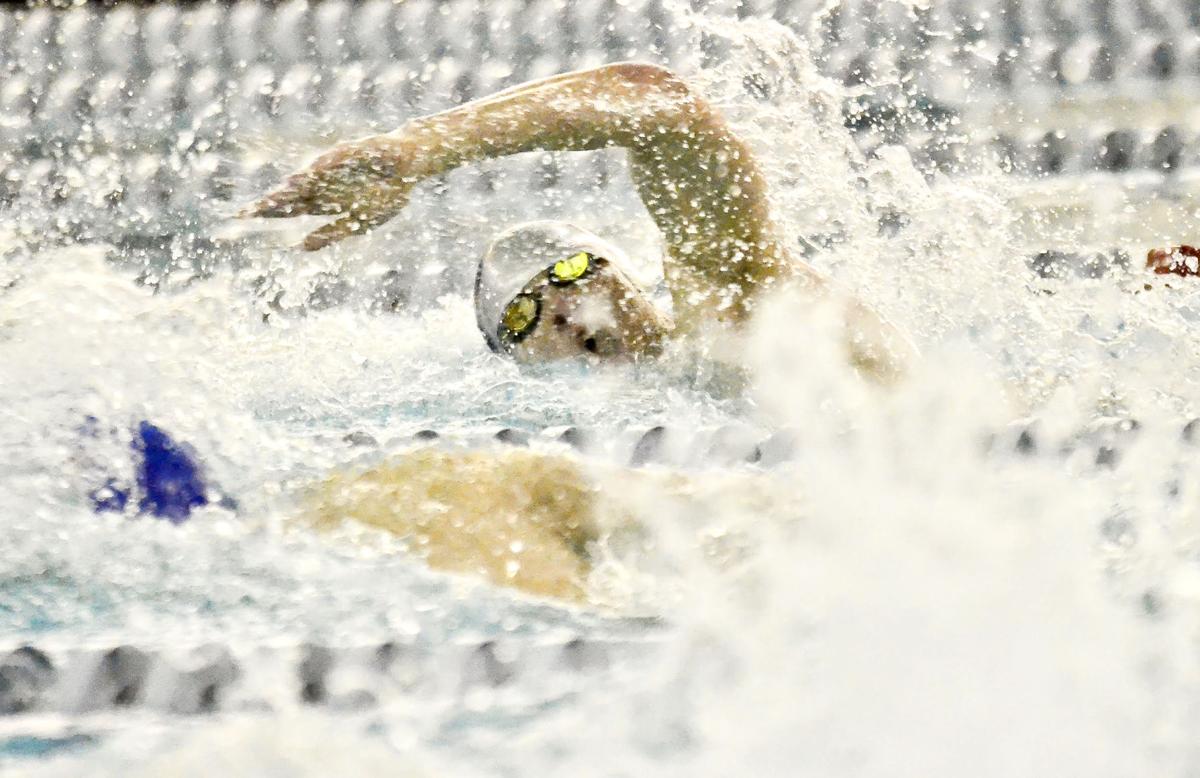 Champlin Park senior Dalton Stohlmann swims in the 400-yard freestyle relay in the 5AA section meet. Stohlmann holds the school record with the 200 free relay and made state with the quartet. He was selected to the All-Northwest Suburban Conference this season. 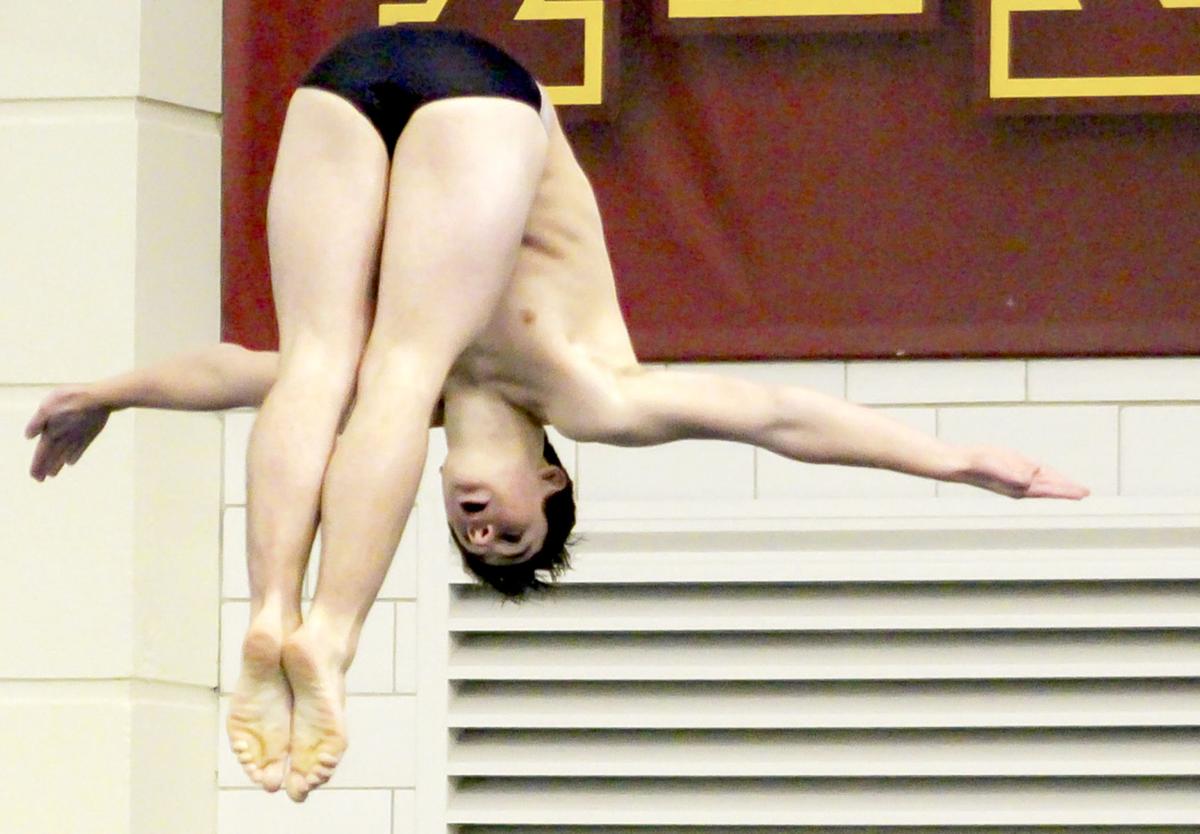 Champlin Park junior Garrett Phillips dives in the Class 2A state meet this season where he finished 18th overall. Phillips was selected to the All-Northwest Suburban Conference team.

Champlin Park senior Dalton Stohlmann swims in the 400-yard freestyle relay in the 5AA section meet. Stohlmann holds the school record with the 200 free relay and made state with the quartet. He was selected to the All-Northwest Suburban Conference this season.

Champlin Park junior Garrett Phillips dives in the Class 2A state meet this season where he finished 18th overall. Phillips was selected to the All-Northwest Suburban Conference team.

Champlin Park boys swimming showed off in the pool this season with several postseason awards, including six in the Northwest Suburban Conference and 10 in the 5AA section.

Seniors Mark Kroening and Dalton Stohlmann and juniors Garrett Phillips and Donovan Durand were all named all-conference, and senior Tyler Bruchmann and freshman Alain Pham were both named honorable mentions.

“They did an outstanding job,” coach Joe Thiel said. “They really stepped up and outperformed our expectations all year long, so it was a lot of fun to be a part of and to see what these guys were doing and watch them pushing and encouraging each other along.”

Phillips earned an all-section honor in diving, and Pham was all-section in the 500 free.

Durand, Bruchmann, Kroening and Stohlmann all qualified for the Class 2A state tournament in the 200 free relay. That quartet also set a new school record in the relay at sections.

Thiel said it was fun to see them because they had the goal to break the school record at the beginning of the season, and they pushed each other in every practice that involved speed and racing.

“By doing that, they really swam a great relay, and everyone contributed,” Thiel said. “We didn’t have just one person shining. It was four very solid swims back-to-back-to-back-to-back that gave them an opportunity to excel at the section and then perform down at the state meet.”

Phillips added a state berth in the diving competition, and Pham added section medals that helped the Rebels take third overall in the 5AA section.

Phillips, Pham and Durand are three swimmers expected to be leaders at Champlin Park for the 2020-21 season.

Thiel said Pham is fun to watch and work with, and he had a goal in the 500 this season. Pham is also looking at the 100 breaststroke record next season besides improving in the 500.

“He put in the work and had the right mentality to be successful,” Thiel said. “It is going to be really exciting to see if he can take a big step forward next year. As he continues to grow and get more muscle on his frame, he is really going to be able to excel.”

Thiel said it was a challenging year for Durand after he qualified for state as a sophomore and looked to make it back again and go further. He did make state with the 200 free relay and broke his own school record in the 200 free.

“He got faster, but I think he wanted more,” Thiel said. “And we all want more a lot of times. That was one where he definitely could earn the Hardest Worker Award year-in and year-out. At practice, I think he works so hard that it makes him race a little bit fatigued, and he has to balance that out and try to get sharp and crisp and ready to go as a senior next year.”

Phillips had a big year in the diving competition after making state for the second straight season. He finished 28th at state in 2019, and this season, he improved 10 spots and took 18th.

“He has put himself into position, as a reasonable goal, to go after All-State as a senior,” Thiel said.

There were also several team awards divvied out this season.

Junior Logan Schrupp won the Most Improved award, and freshman Sam Shelby and seventh-grader Hugh Nightingale were both selected as co-Rookies of the Year.

Schrupp was a first-time swimmer for Champlin Park as a sophomore, and he suddenly was a key varsity contributor this season.

“He was the next man up with stepping onto that 200 free relay,” Thiel said. “If he can continue to progress, he is going to have an exciting and fun senior year as he learns to put together his stroke and a little more strategic race strategy.”

Shelby was another diver for the Rebels this season, and he made a strong impression in his first year ever diving competitively with the team – taking 10th in the 5AA section meet.

“Going from just trying to learn how to dive off the boards safely at the start of the season to competing and almost placing at the varsity section meet was just such an impressive growth for him in his first season,” Thiel said.

Nightingale made his varsity debut in his first eligible season as a seventh grader. Thiel said he has solid technique and is also a positive influence on the team and a crowd favorite amongst the boys.

“As he starts turning into that high school kid, he is going to be a contributing member of our varsity team for many years to come,” Thiel said.