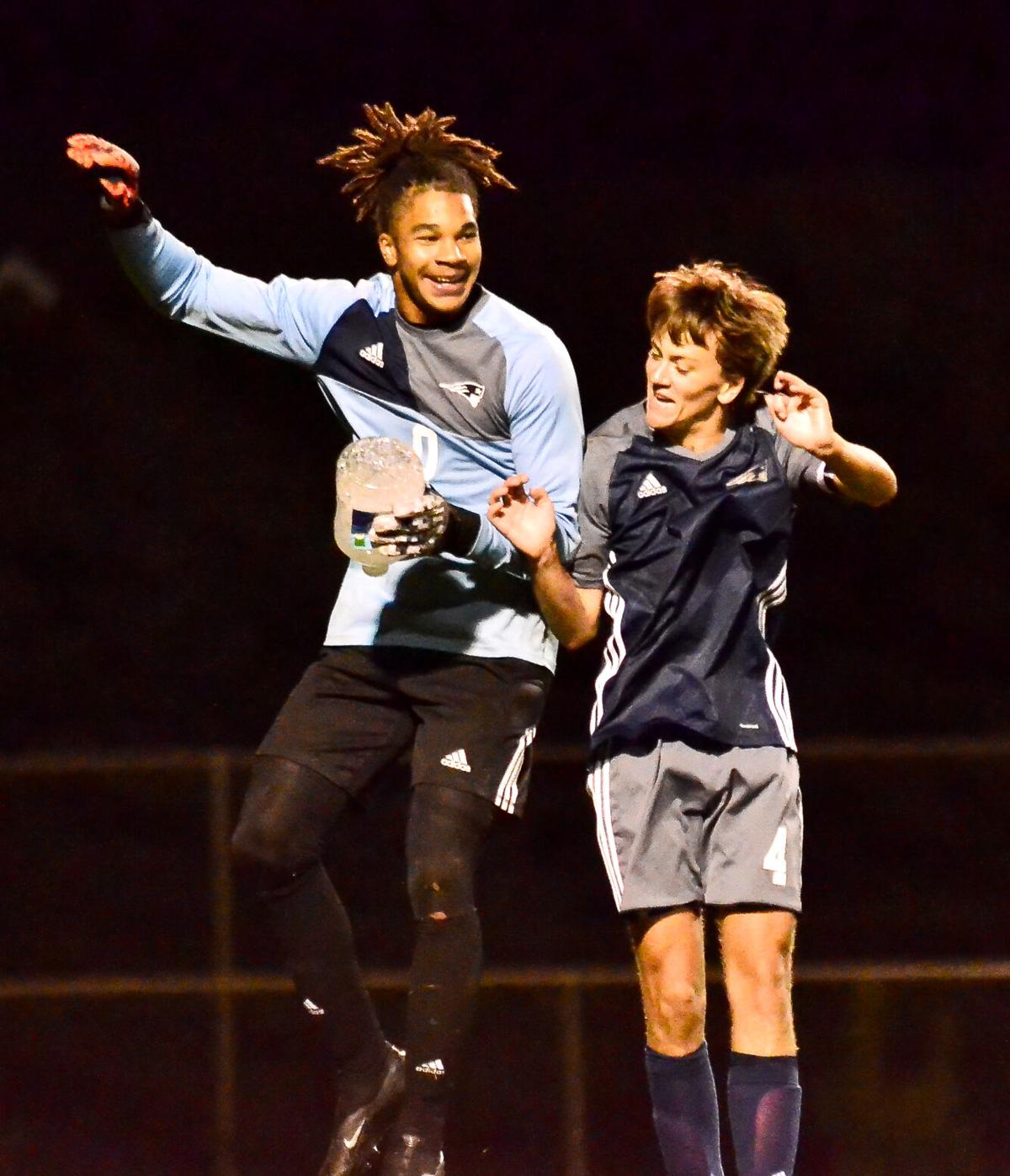 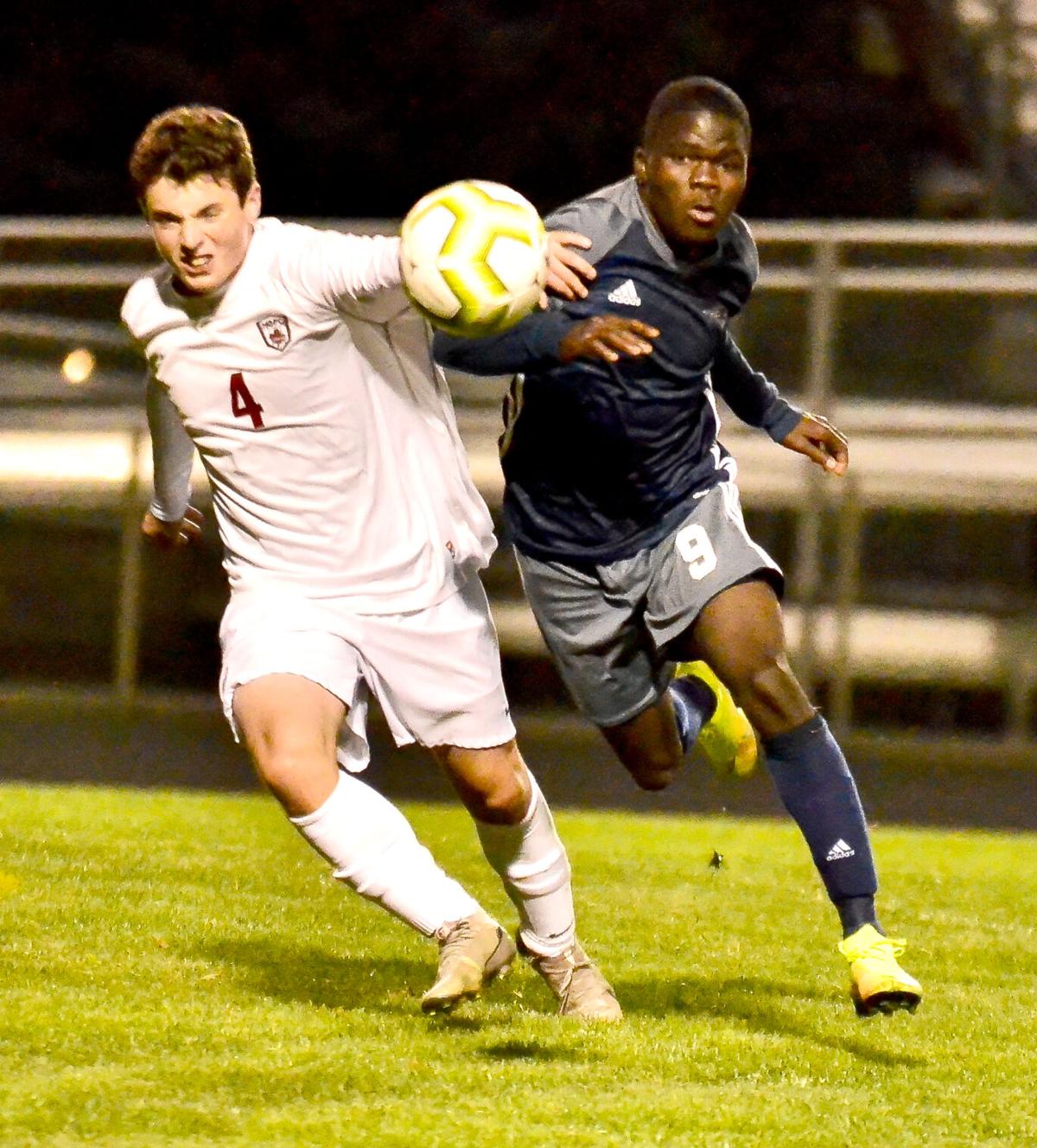 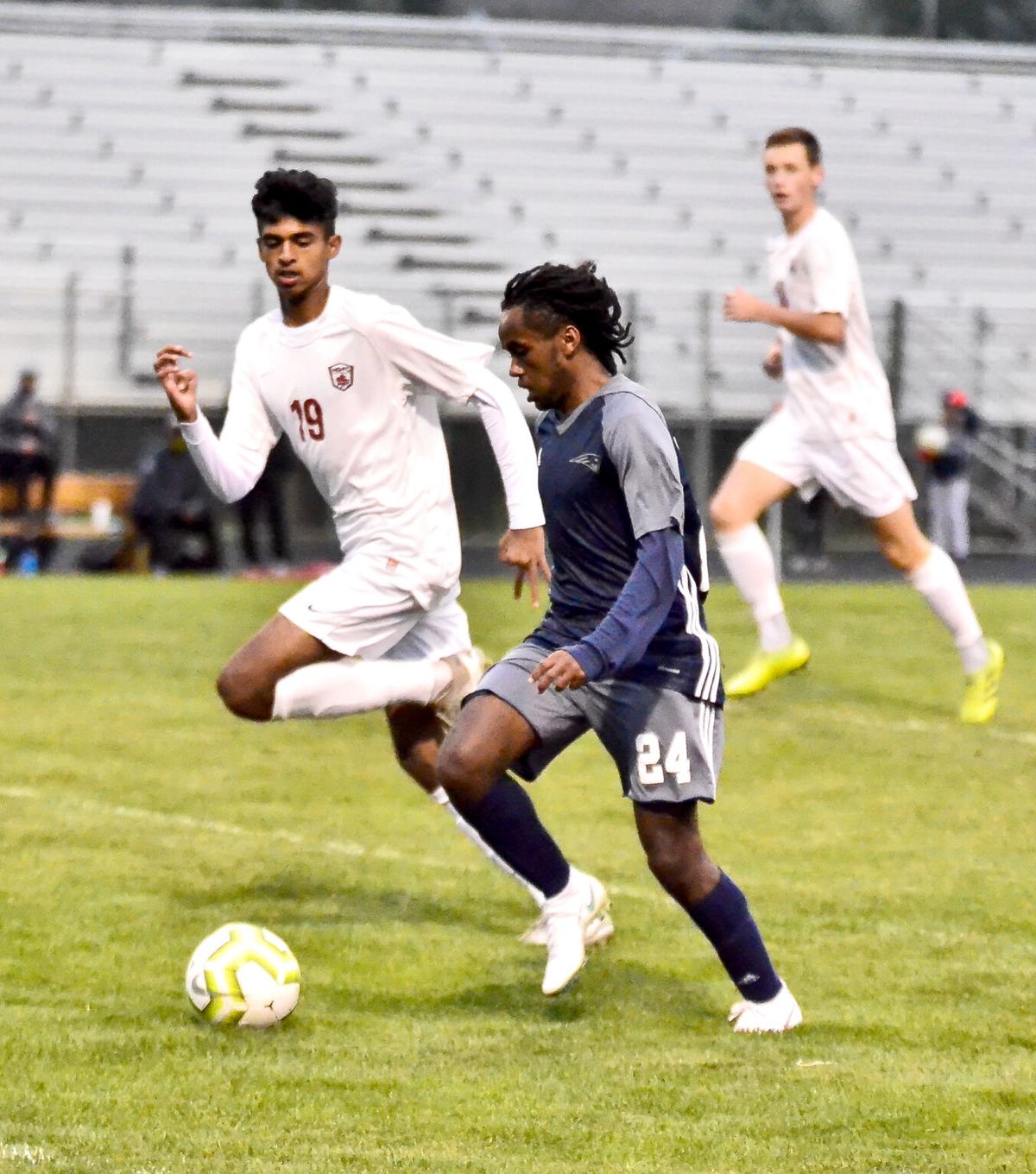 Champlin Park junior forward Yonas Canny speeds toward the goal for a chance in the first half Sept. 8 against Maple Grove at Champlin Park High School. Canny scored the lone goal in a 1-0 win. 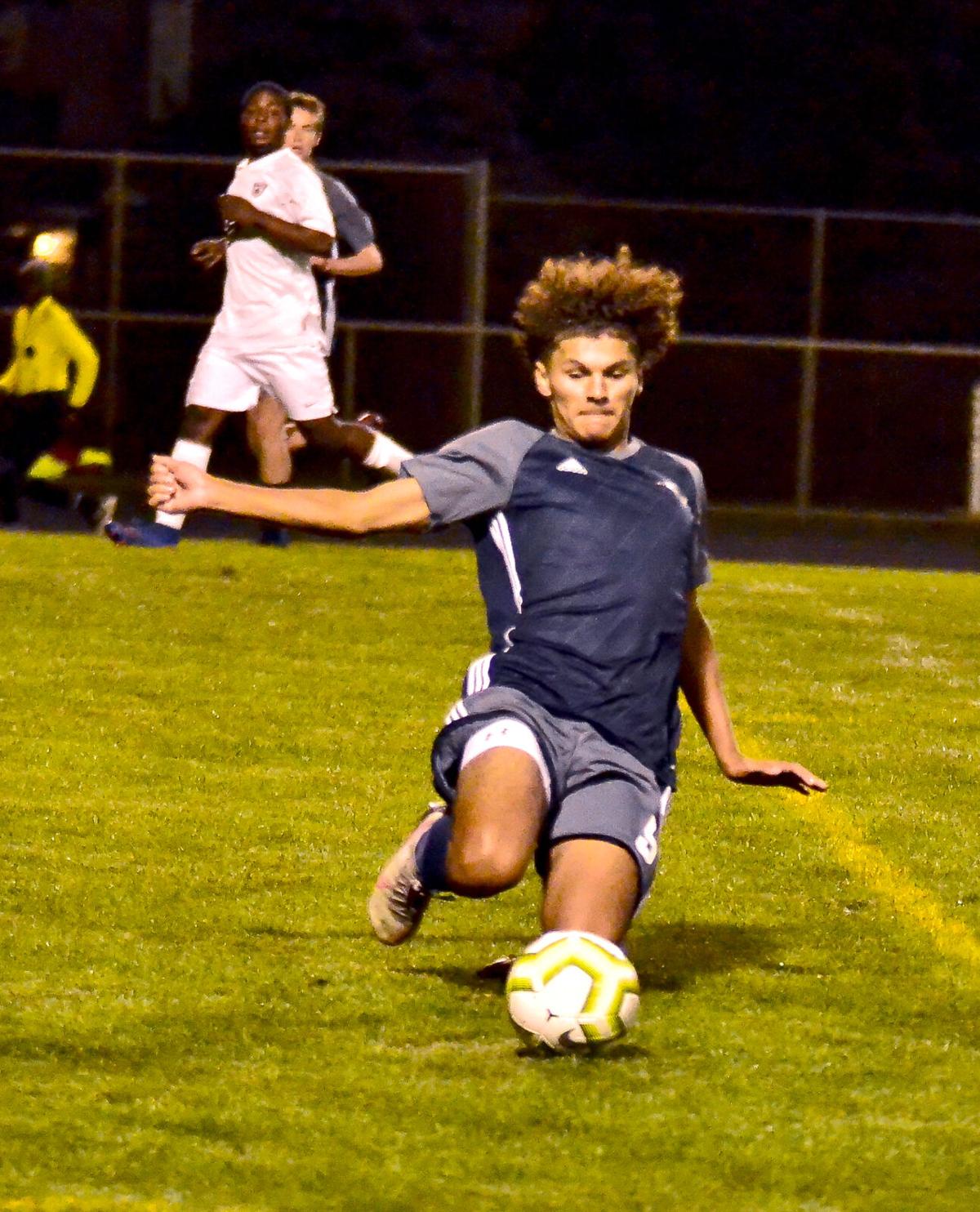 Champlin Park senior Chandler Marek slides in to clear out a ball near the penalty box to avoid a Maple Grove scoring chance in the second half Sept. 8 at Champlin Park High School.

Champlin Park junior forward Yonas Canny speeds toward the goal for a chance in the first half Sept. 8 against Maple Grove at Champlin Park High School. Canny scored the lone goal in a 1-0 win.

Champlin Park senior Chandler Marek slides in to clear out a ball near the penalty box to avoid a Maple Grove scoring chance in the second half Sept. 8 at Champlin Park High School.

Champlin Park boys soccer showed it is one of the best teams in the Northwest Suburban Conference with a 1-0 win over sixth-ranked Maple Grove Sept. 8.

The Rebels (4-0), which also topped Park Center 3-1 on Sept. 10, were tied with Blaine with 12 points and an undefeated conference record as of Monday, Sept. 14. Both of those teams meet at the end of the regular season with Champlin Park traveling to Blaine at 7 p.m. Tuesday, Oct. 6.

With postseason plans by the Minnesota State High School League still up in the air, the conference title might be the only title teams can win in 2020.

Champlin Park might have only scored one goal in the win over Maple Grove, but for much of the game, the Rebels looked like the better team in terms of shots and possession.

Junior forward Yonas Canny scored the lone goal in the 59th minute after getting a pass into the corner from junior midfielder Jordan Ross.

Canny was able to make a nifty move with his feet to beat a defender and get an open look at the net. He took the shot and drilled the ball into the upper right corner for a 1-0 lead.

The Crimson did have to put its backup goalie into the game before the goal.

After a save in the box, the field referee called for the trainer to come out after sophomore Holden Waldrum was slow to get up and seemed to be shaking off a collision.

Waldrum was OK, but he had to come out of the game for a few minutes while being checked on.

Junior Tyler Wentz came into the game, and he did save a free kick chance off the foot of Champlin Park sophomore captain forward Leo Conneh.

But Wentz couldn’t stop the curving shot from about 25 yards out by Canny.

The Crimson did have several opportunities to tie the game in the second half, but their accuracy was off with chances going wide of the net.

One of the best chances came in the 63rd minute.

Champlin Park junior goalie Darius Givance made a save, but he couldn’t control the rebound, leaving the left side of the net wide open. Maple Grove senior forward Chidera Anyamele gained possession in the penalty box and took a shot toward the left. But he corrected too much and sent the ball wide.

The Crimson also had several shots sail over the net on opportunities near or in the penalty box.

In the 78th minute, Maple Grove junior midfielder Damon Humphrey had a curving corner kick shot that Givance was able to make a leaping catch on for the save.

The Rebels could have scored more than one goal, however.

Senior captain midfielder Will Heinen had 10 shots in the second half, but he was a little too powerful on his kicks with several shots over the net.

One of his best opportunities came in the 75th minute, when he beat the goalie in a 1-on-1 breakaway after Waldrum came out to challenge him in the penalty box.

Heinen missed the goal with a shot over the net.

Conneh had a couple of shots too, and his best chance in the second half was saved by a diving Waldrum. Juniors Alfredo Perez and Mitchell Olson also had shots saved, and junior captain midfielder Cullen Mork had a free kick shot that was saved.

Champlin Park also had nine shots in the first half, including one that looked to have crossed the goal line on a corner kick.

Mork took a corner kick in the middle of the first half and Olson was in the box waiting for the ball. He had room and used the back of his head to deflect the ball toward the net.

Waldrum was able to reach back and push the ball out of the net with his hand, but it looked to have crossed the goal line anyway.

The field referee didn’t have a good line of sight to the play with so many bodies around the net, and he let play continue with the save rewarded to Waldrum.

Junior midfielder Cole Bridson also just missed a goal after getting a pass by Canny into the penalty box with no one around him. Bridson hit the shot over the net.

Conneh also had a good shot saved in the first half, and Canny picked up the rebound and Waldrum was able to stop that shot as well.

Givance finished with five saves for the Rebels. Waldrum had 10 saves, and Wentz had one for the Crimson.