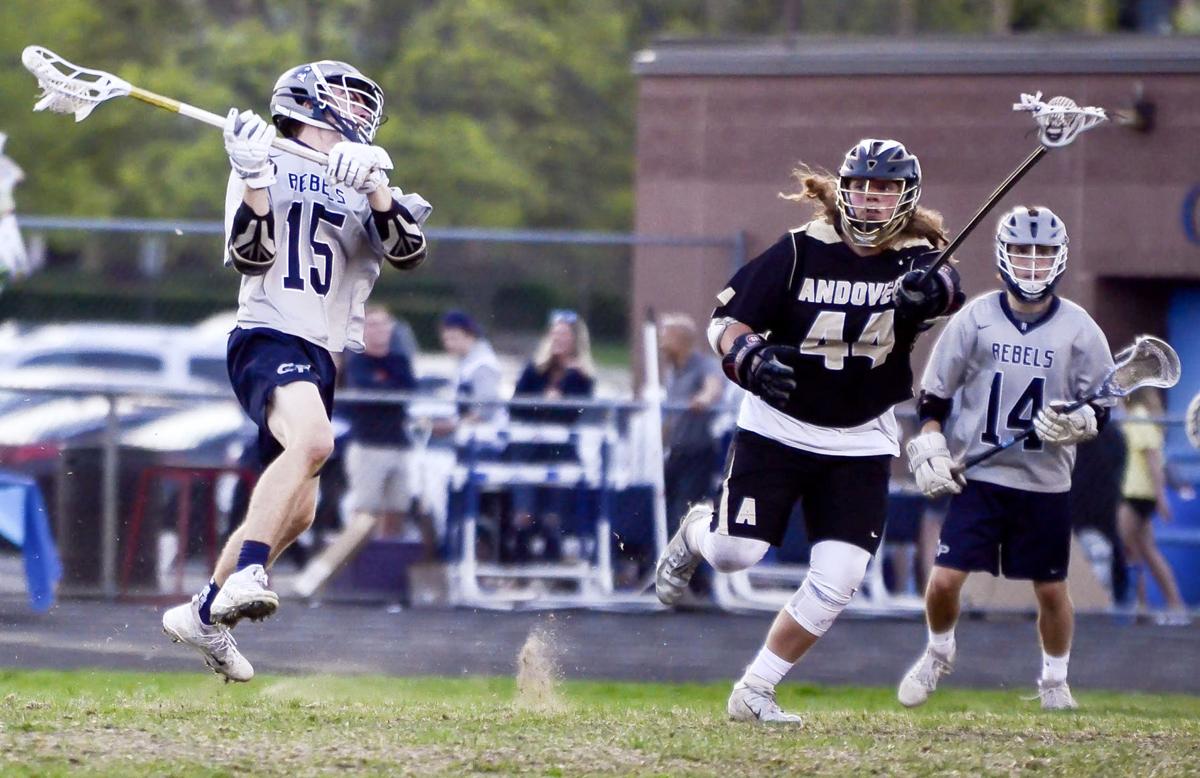 Champlin Park senior attacker Drew Heimer goes up for a pass past midfield as sophomore Roy Johnson (14) watches in a game against Andover last season. 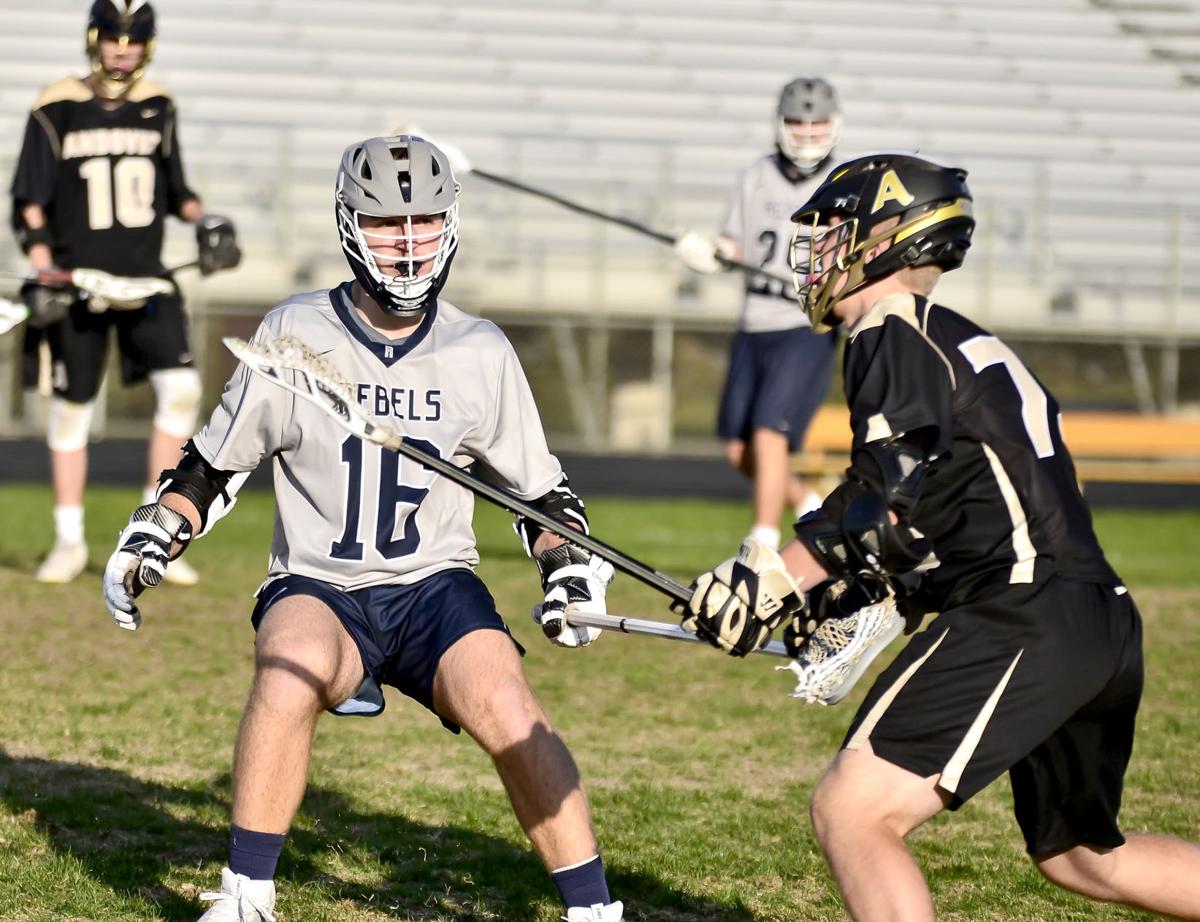 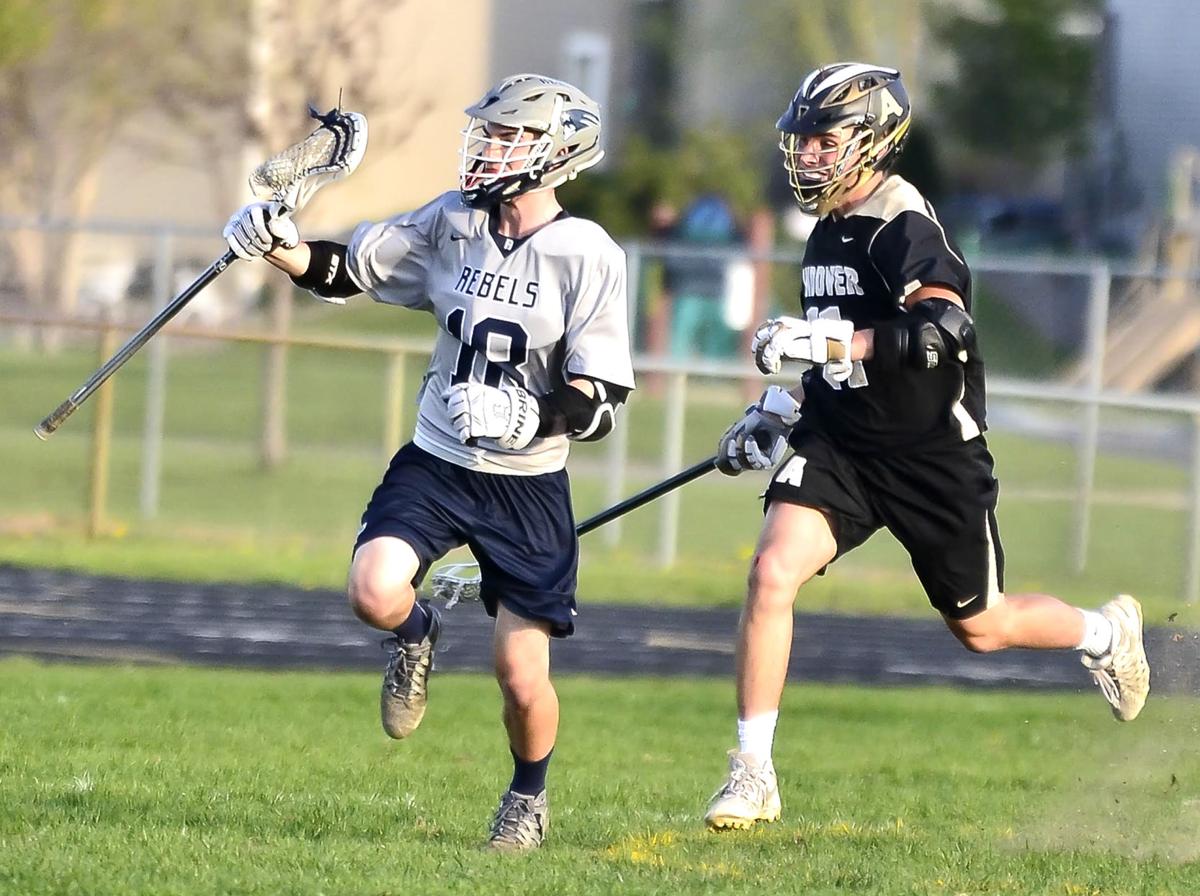 Champlin Park senior attacker Drew Heimer goes up for a pass past midfield as sophomore Roy Johnson (14) watches in a game against Andover last season.

Champlin Park boys lacrosse came into the 2020 season with hopes of bouncing back from the previous year.

The Rebels showed growth at the end of 2019 – finishing 5-5 after an 0-5 start – and had a team that consisted of seven seniors and younger players who now had a year of varsity lacrosse under their belt.

Last year, there was a time of learning with the mixture of seniors and the underclassmen on the team, but coach Ben Blaeser said it was refreshing to see so many experienced players on the roster this season.

“The summer before, we had a lot of guys doing a summer offseason program we have been putting on, and those guys working together in the offseason and really grinding together really showed,” Blaeser said. “And it was going to make a difference this spring, I was hoping.”

Besides offense, defense was looking like a plus as well with so much upperclassmen experience.

“I hurt for them, and it’s a bummer because this was going to be one of those years that was kind of a bounce back year in my opinion,” Blaeser said. “I know those guys were excited to kind of show everyone what they were able to do, but they didn’t quite get that chance.”

Blaeser said the group is taking this as well as they possibly can, and he said all of them are really good locker room guys that are already leading by example and repeating the same messages that the coaches had.

“They really are stand up students and positive role models to all the other players,” he said. “I am really proud of the culture that we’ve built and those guys exemplify what that means.”

Loughrey had 17 goals and an assist, and Johnson finished with 16 goals and five assists in 2019. While the offense was still considered young, there was some excitement to see the improvement after a season.

Blaeser said he saw guys during the registration and some had grown a few inches or put on more pounds, looking stronger than the previous year.

That of course, made it tough to see the season suspended in March and officially canceled in April.

Blaeser, who is also one of the coaches at Minnesota-Duluth, said he had an idea of what was coming for the high school season this year as the COVID-10 pandemic began to take hold, but there still wasn’t much he can do to prepare with so many unknowns.

He said there was communication with the AD, the booster club and other groups to stay informed and on the same page, but he said the one silver lining was how positive the team remained.

“They’re bummed but they understood that there was a little bit bigger of a thing going on than just our season or themselves,” Blaeser said.

As for next season, the juniors and sophomores of 2020 are all expected back, but there will be some challenges with a lost season.

Blaeser said a few freshmen came out during last year’s summer offseason program, and he knew some through the youth program, but he and the coaches didn’t really get an opportunity to talk to and teach them.

The Rebels would either still be playing in sections right now or would be preparing for the offseason meaning they would still be on the field during normal circumstances. But right now, there is a tentative plan that will be implemented in a week on how to approach the summer this time with the pandemic still going on.

“That doesn’t mean we are going to be on the field next week,” Blaeser said. “That just means we have a plan in place if we decide we are going to pull the trigger and do something.”

There is a summer tournament scheduled for late July, early August, and the expectation is to have a few fall tournaments and still have the summer offseason program, even if delayed.

The team wants everyone feeling comfortable and safe to avoid a scenario where a third of the players don’t participate and the team is further separated.

Until the offseason plan can begin, Blaeser said that he and the staff are “listening to people who know more than us” about when to start again.

Freshman midfielder Roy Johnson finished the comeback on May 28 in a 7A section game against Anoka.