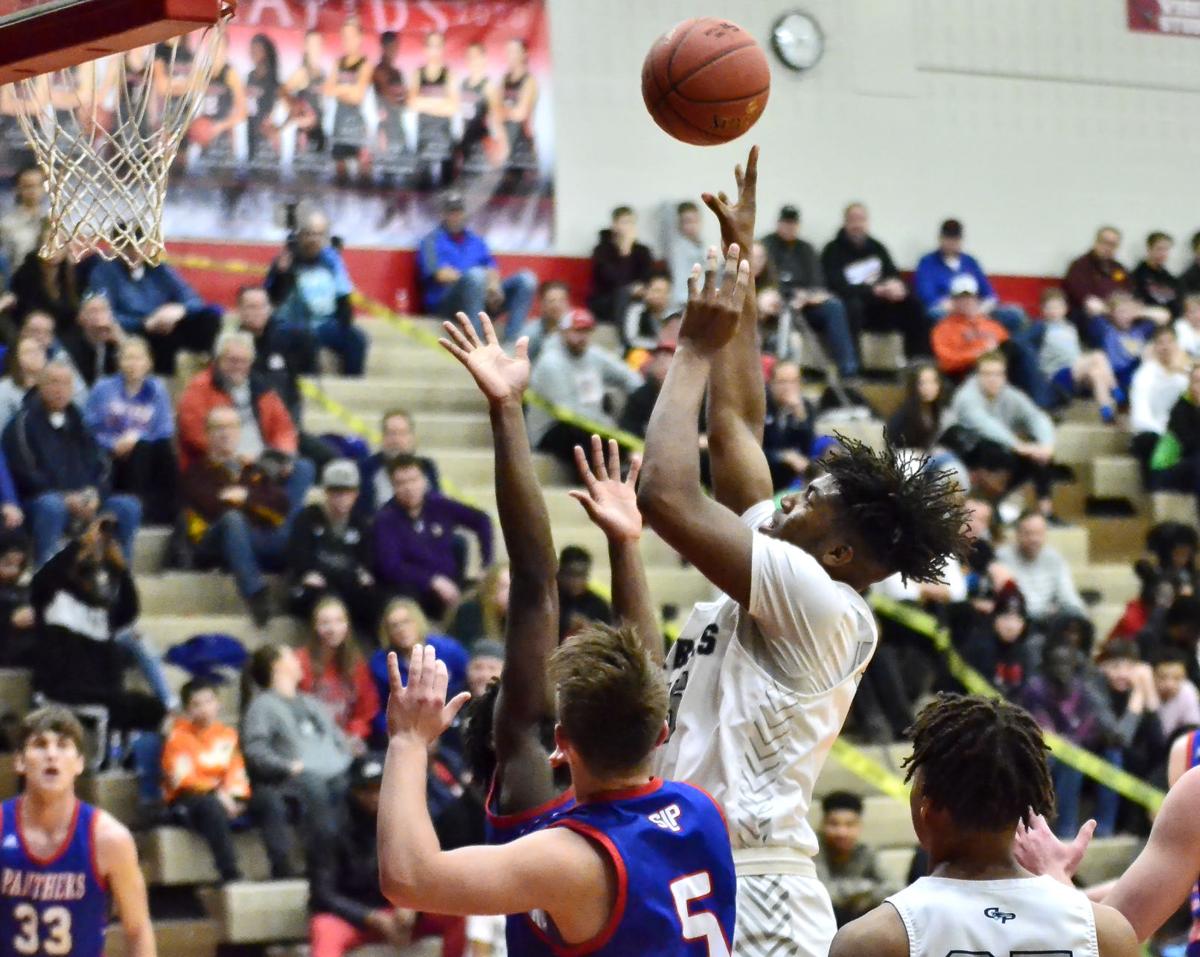 Champlin Park junior Francis Nwaokorie goes up for a shot in the paint March 10 against Spring Lake Park in the 5AAAA section semifinals. Nwaokorie was named to the All-Northwest Suburban West Conference team. 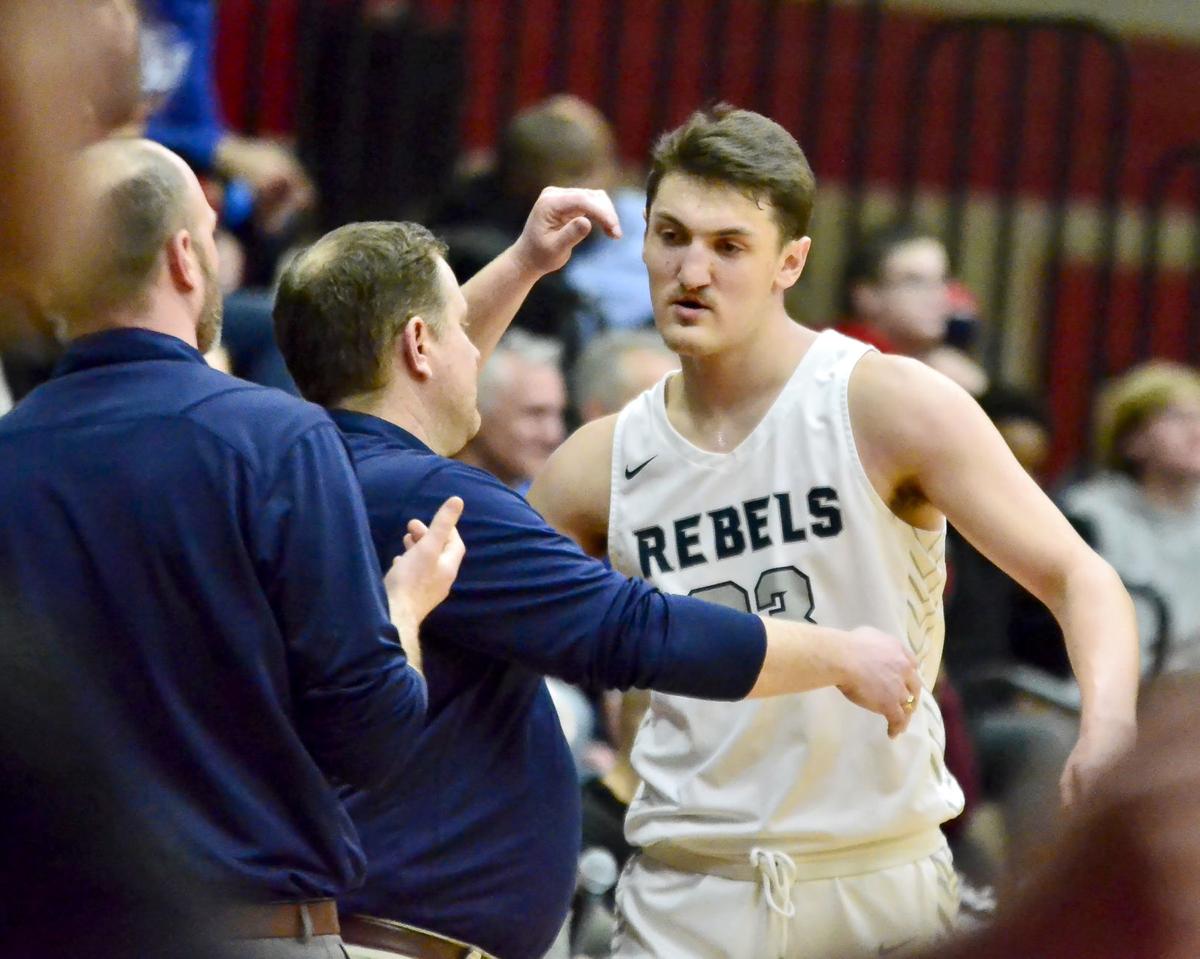 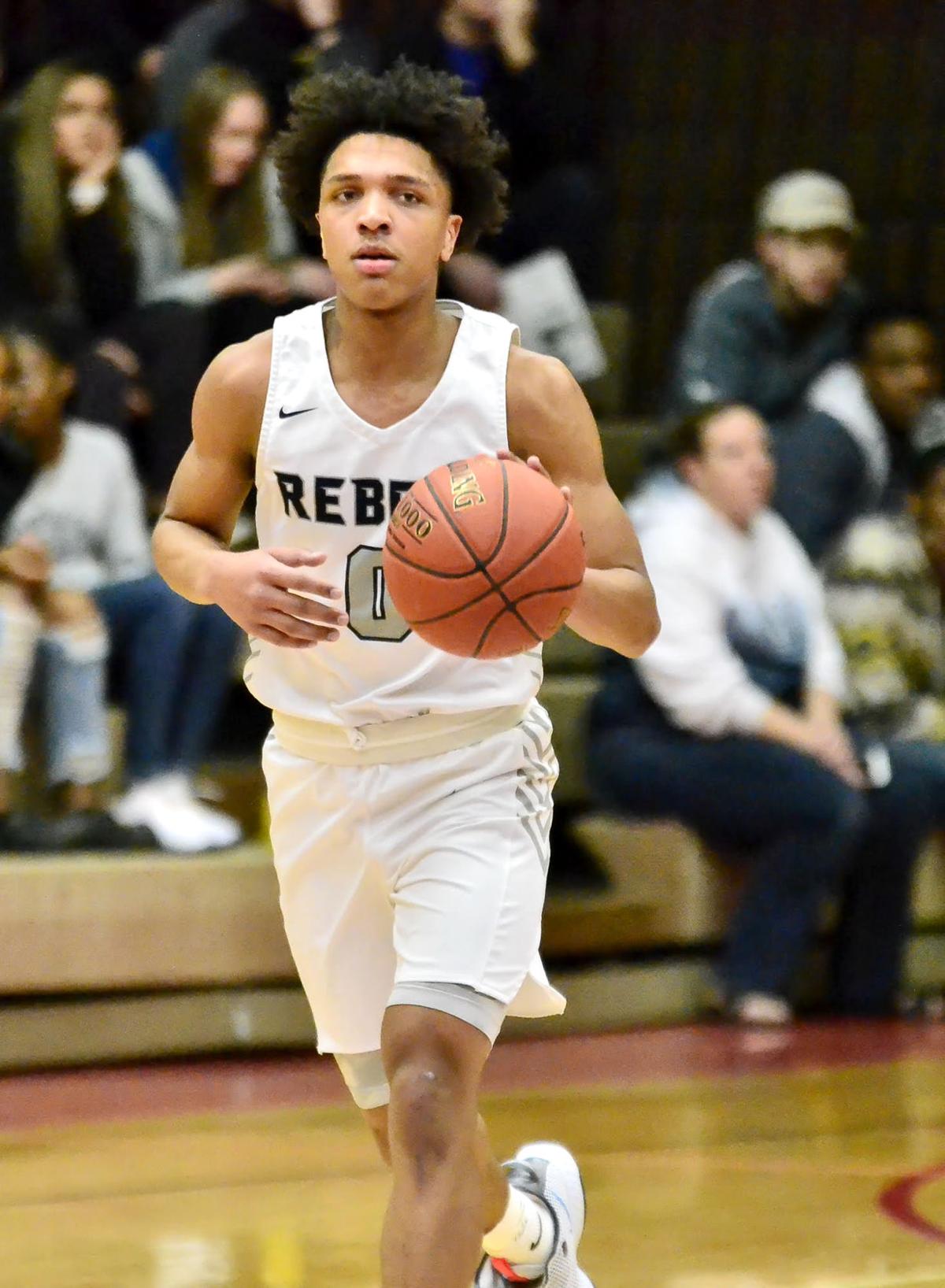 Champlin Park junior Francis Nwaokorie goes up for a shot in the paint March 10 against Spring Lake Park in the 5AAAA section semifinals. Nwaokorie was named to the All-Northwest Suburban West Conference team.

Senior Cooper Olson and juniors Josh Strong and Francis Nwaokorie made the list. Coach Mark Tuchscherer wrote in a text that honorable mentions were not to be published at this time.

The Rebels finished 18-10 overall this season and finished second to Maple Grove in the conference by two games.

Eight of the 10 losses came against teams that either ended the season in the Minnesota Basketball Coaches Association top-10 list in either Class 4A or 3A or was ranked at the time the Rebels played them.

The season ended in the 5AAAA section semifinal with a loss to ninth-ranked Spring Lake Park.

Nwaokorie led Champlin Park with 332 points and 178 rebounds, including 73 on the offensive glass. He also had 35 assists, 15 steals and six blocks. He added 16 points in the two section games.

Strong had 236 points and 76 rebounds. He also added 69 assists, 56 steals and a couple of blocks. Strong had nine points in two section games.

Both Nwaokorie and Strong are expected to return next season as two of the top players on the Rebels.

Olson ended the regular season with 211 points and 72 rebounds. He led the Rebels with 20 blocks and also had 33 assists and 21 steals. He added 16 points in two section games.

Olson is attending NCAA Division II University of Mary (Bismarck, North Dakota) to play basketball for the Marauders next season.