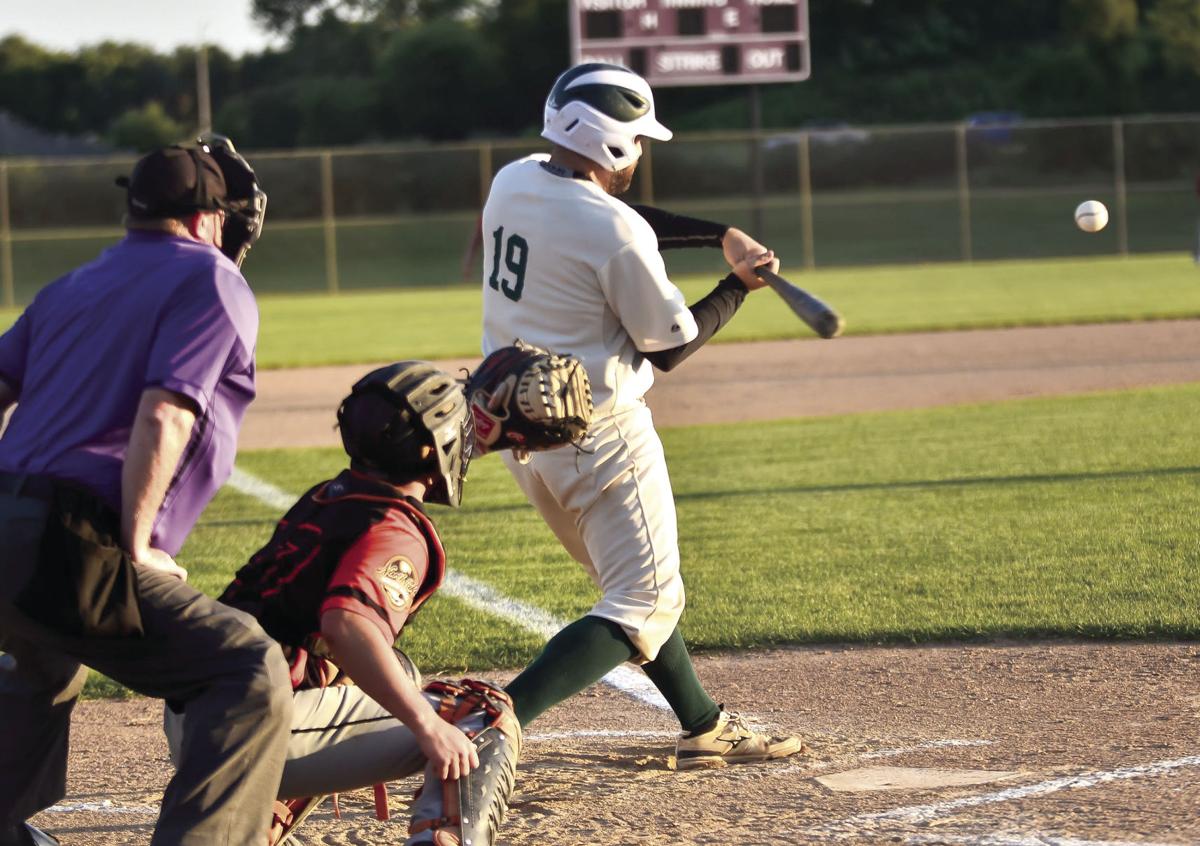 Champlin LoGators' player/manager Matt Marek swings at a pitch last season in a game against Anoka. 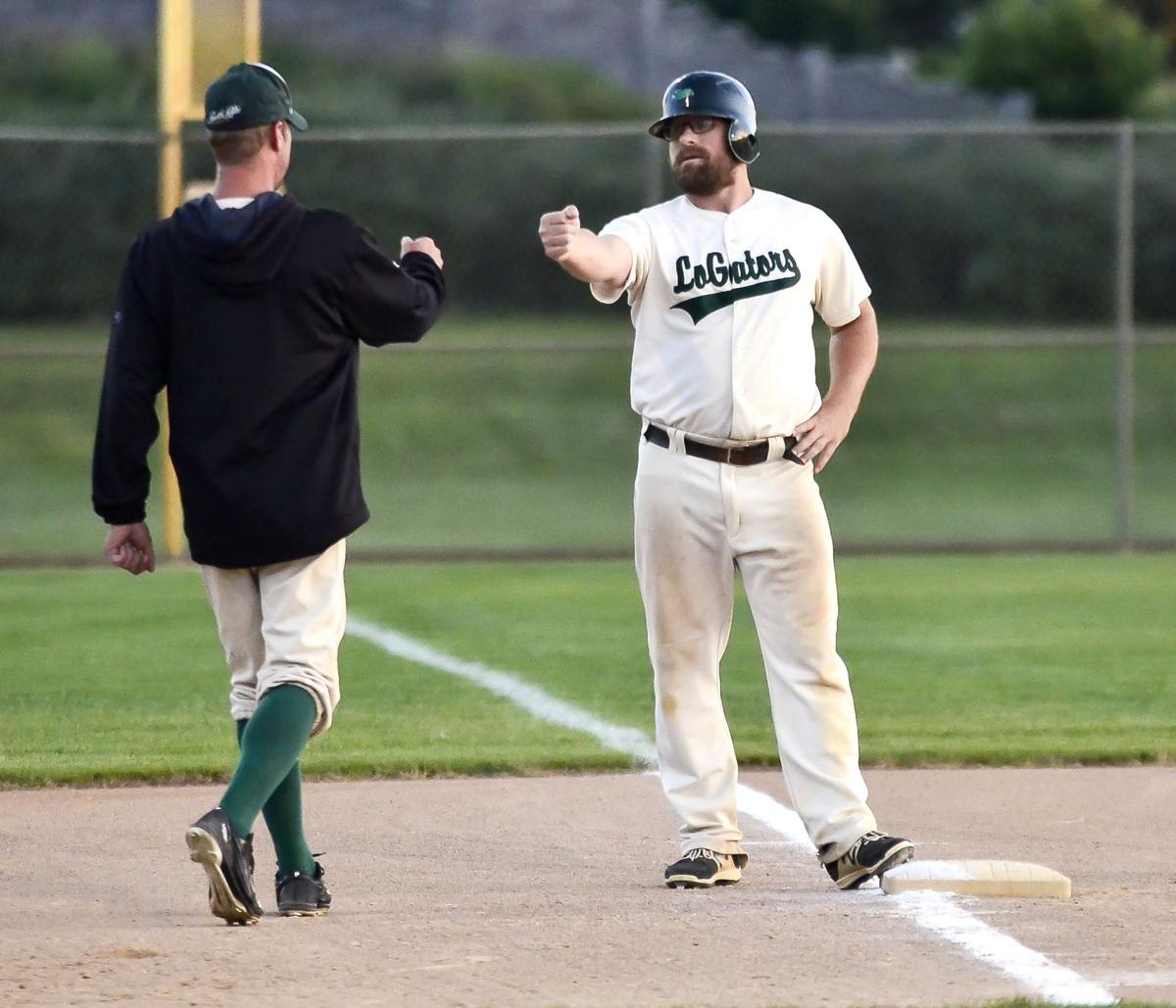 Ryan Bruns celebrates reaching third base with a teammate last season for the Champlin LoGators. 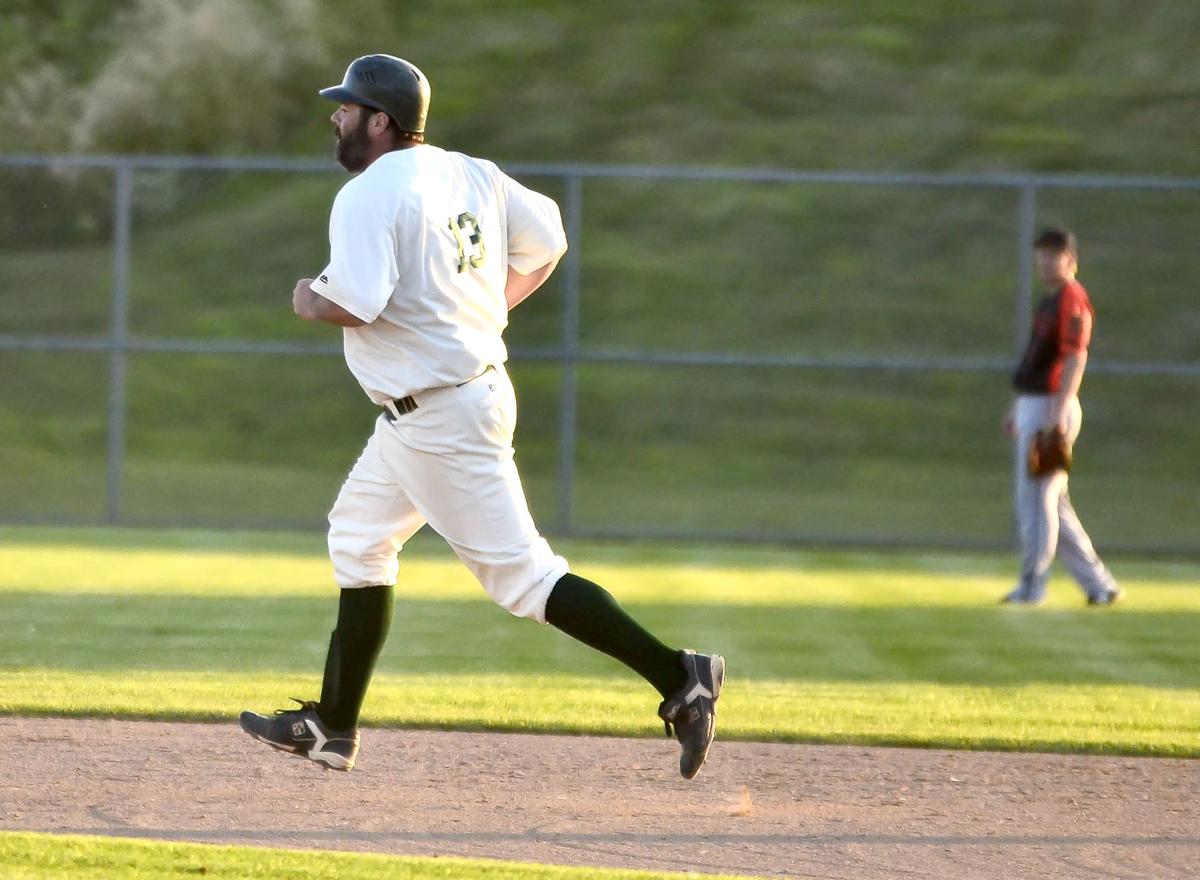 Champlin LoGators' player/manager Matt Marek swings at a pitch last season in a game against Anoka.

Ryan Bruns celebrates reaching third base with a teammate last season for the Champlin LoGators.

Champlin Park LoGators player and manager Matt Marek said he was paying close attention to the COVID-19 pandemic since it was known to just be in China.

The reason was because his brother-in-law was living there, and he was keeping up with the news to keep tabs on the situation. He never thought it was going to get like this.

On March 18, the Minnesota Baseball Association announced the postponement of the Minnesota Amateur Baseball season until at least May 1. The team can’t even get ready with gyms and hitting facilities also being closed down.

And the MBA board will have more direction coming after its meeting on Saturday, April 18. They will assess whether to remain with the current directive, postpone the season further or potentially cancel the season.

The board said in a press release that they are following the recommendations of the Centers for Disease Control and Prevention. They would also be bound to any orders from the Minnesota state government and direction from the Minnesota Health Department.

For now, Marek said the attitude is more wait-and-see than optimistic.

“It’s just been a wild week or two weeks, and it felt like a year.”

The LoGators have a mixture of college athletes and players out of college, so they were able to have practices and workouts early in March.

But suddenly the coronavirus began to spread. The NBA, NHL and MLB went into hiatus as professional athletes began testing positive. Next was the NCAA and other college leagues when they began canceling their winter postseason tournaments and then their spring seasons.

In Minnesota, the girls state basketball tournament was not finished, and the boys state and adapted floor hockey state tournaments were canceled. And the spring sports season had games pushed back until at least April 6.

Amateur baseball was next.

“It was pretty down, a lot of disappointment from a lot of guys after their college season got canceled,” Marek said. “The whole team is pretty much in regular contact. We had a couple of different group chats going, and we kind of try to keep things light within that.

“But just the fact that you can’t play ball, that’s a big bummer for everyone on the team.”

For the college players, they were hoping there would be amateur baseball to offset the loss of games from their spring seasons. Marek said he was asked if he could schedule more games in April and May.

After April was lost, Marek is still trying to find more games in May in case the season begins then.

“The best I can do right now is just to keep operating like we are going to have a season, but the way things are going, it is tough to figure out what’s going to happen,” Marek said.

At this point, no one really knows what the future holds. There are a lot of different scenarios and a lot of questions that will need to be answered after the April 18 board meeting.

If the season can start on May 1, the questions will be whether to have a week or two for guys to get ready or to play games right away.

Preparation is a big problem right now. While some college players played a few games before the seasons were canceled, many of the older players in the league are not getting in the necessary work right now to be ready to go on May 1.

Marek said he is driving around to see if any public fields have their batting cages open so he and his teammates can go and hit if they want to. And it is even tougher to have this hiatus with the unusual spring weather in the area right now.

The snow is off the ground, and outdoor practices could probably have been happening right now.

“From a staying-in-shape and getting ready standpoint, it is kind of frustrating because you can’t really do anything about it,” Marek said.

But what happens if the season gets pushed back? How long until the league decides to cancel if nothing changes with the pandemic?

Marek said he speculates that the longest the league could probably go without playing is probably around the Fourth of July weekend. If the season can resume then, they should be able to get league games in and then have playoffs and the state tournaments.

But he also said he and the other team managers don’t really have a beat on what the board is going to do. The guess is that the board will follow the national and local news that comes before the meeting and make a decision based on that.

The worst case scenario is if the season is canceled. But what happens if things get better by mid-July to August with the season already lost?

The MBA has rules in place for teams that want to have scrimmages or exhibition games, such as not allowing an umpire or a crowd. But what about teams getting together to play some games or have local tournaments on their own?

Marek said he would talk to his team and would attempt to set things up if that is what his teammates wanted, especially for the college guys.

“I would do my best to help them out,” he said. “That’s another really interesting issue. We’ll see if other teams actually want to do that too.”

The LoGators play in the Metro Minny League, and there are a few worries about what can happen next season if the 2020 season is canceled.

Marek said he spoke with league president Jeff Lindstrom in the last few weeks, and his worry is about future numbers – especially with the retention of some of the veteran players.

“A lot of these guys have families and jobs and you know what, maybe after a summer without baseball they find something better to do, and they decide just not to come back,” Marek said. “I think that is something we need to think about or take into account, as well.”

The future of the league is not in bad shape though. Marek said with the talent and desire to play, he doesn’t see the league struggling without the 2020 season.

But that doesn’t mean there wouldn’t be concerns.

While there is zero indication that a newer team would fold without a season, Marek still wonders what would happen with teams like Centennial. In other leagues like the Eastern Minny League, a new team that started back up after a hiatus like St. Francis hasn’t played any games yet. That would be another situation to watch.

Could they keep interest up with players and leadership with a year off?

“You go through the scenarios in your head and Jeff and I don’t know what is going to happen, but those are the kinds of things you have to think about and try to prepare for,” Marek said.

Regardless of what actually comes from the board meeting on April 18, the pandemic has already affected Minnesota baseball.

With college seasons not restarting this spring, local athletes are in limbo. The hope is to have amateur baseball to fill the void this summer, and there may be some college league rulings that expand eligibility, scholarships and roster sizes to allow seniors with lost seasons to have one more year to play at their school and not hurt any incoming players chances to make programs either.

“I feel terrible for some of those college guys that have had their seasons cut short,” Marek said. “Just like in the world, there’s a lot of uncertainty kind of in the athletic world too, especially on our end too.”

Marek said there is an expected surge of Division I athletes that might play in wooden bat leagues, such as the Northwoods League, if things get better – which might limit availability for Division II and III athletes.

The same goes for high school seniors who might lose their season. Those players might try out to make local amateur teams and/or play for the local Legion team to make up for the lost high school experience.

Marek said that he already talked to a Blaine High School senior, and the possibility of games in May if the high school season is canceled was an incentive to set something up just in case. And Marek said he heard from other teams that have had high schoolers contact them with a similar sentiment.

Like many in the sports world, the pandemic is having lasting effects, and more are possibly to come. Until then, we will all have to wait and see.

The Minnesota Baseball Association board meets on Saturday, April 18. More direction on what will happen with the 2020 season is expected following the meeting.