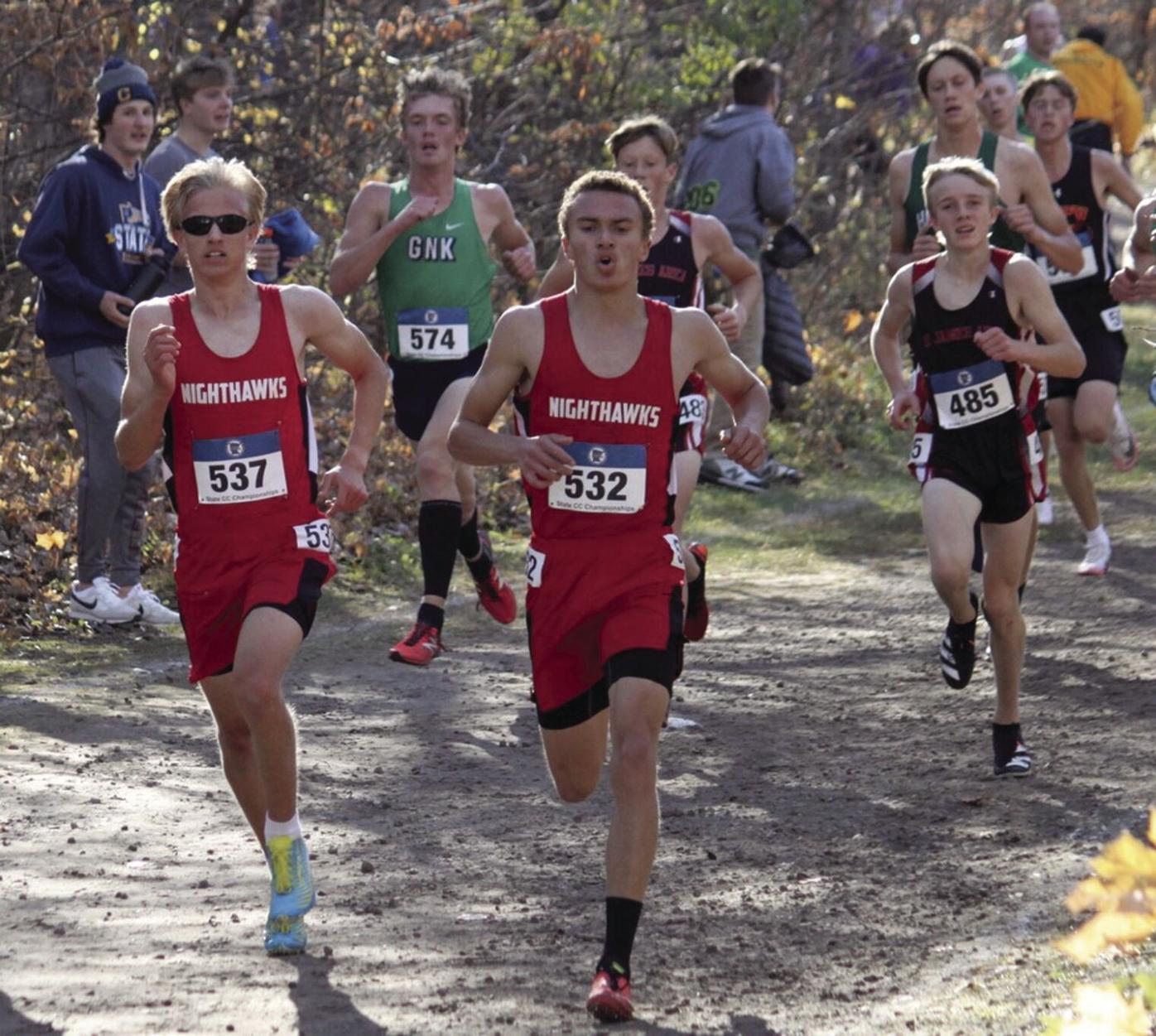 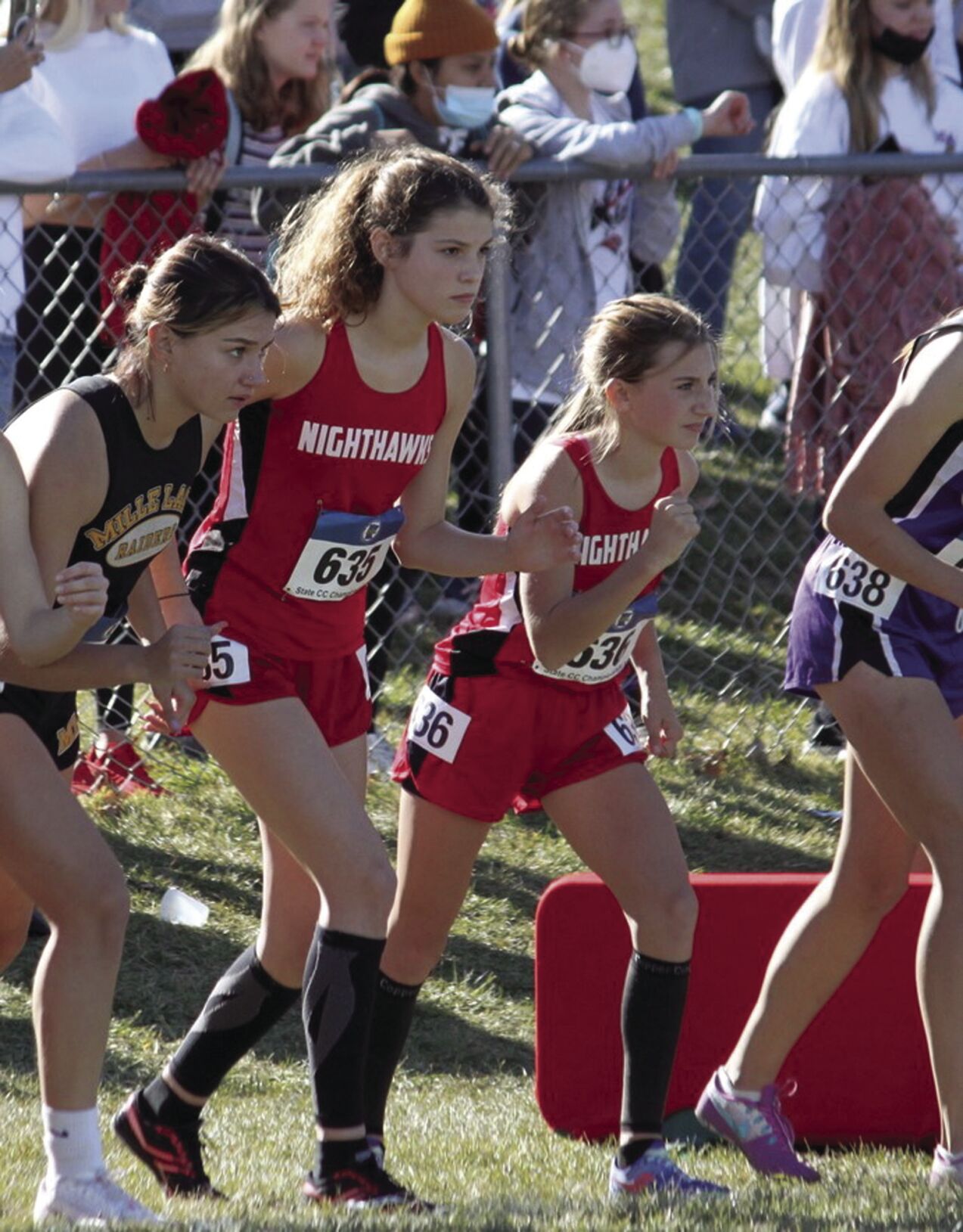 “They ran a patient race, coming through in 13th place at the one-mile checkpoint, sixth at the two-mile marker and kept fighting to finish third overall, edging out fourth place by three points,” said head coach Kirk Swanson.”

“It was so awesome to be able to run at state as a team,” said Michael, a senior captain. “That has been our dream for years. It is kind of bittersweet though, because for most of us it was our last cross country race for the Nighthawks.”

Five of the seven boys will graduate with Mark Swanson and Gundale returning to lead the rebuilding process.

“At state some of us did not achieve the individual results we had hoped for, but we competed and were able to bring home a third-place finish as a team,” said Luke Swanson. “I look forward to seeing what we can do as a team this spring in track.”

“I really want to qualify as a team next year,” said Myskowski about her team only graduating one runner from this season. A talented group of middle school runners will add team depth.