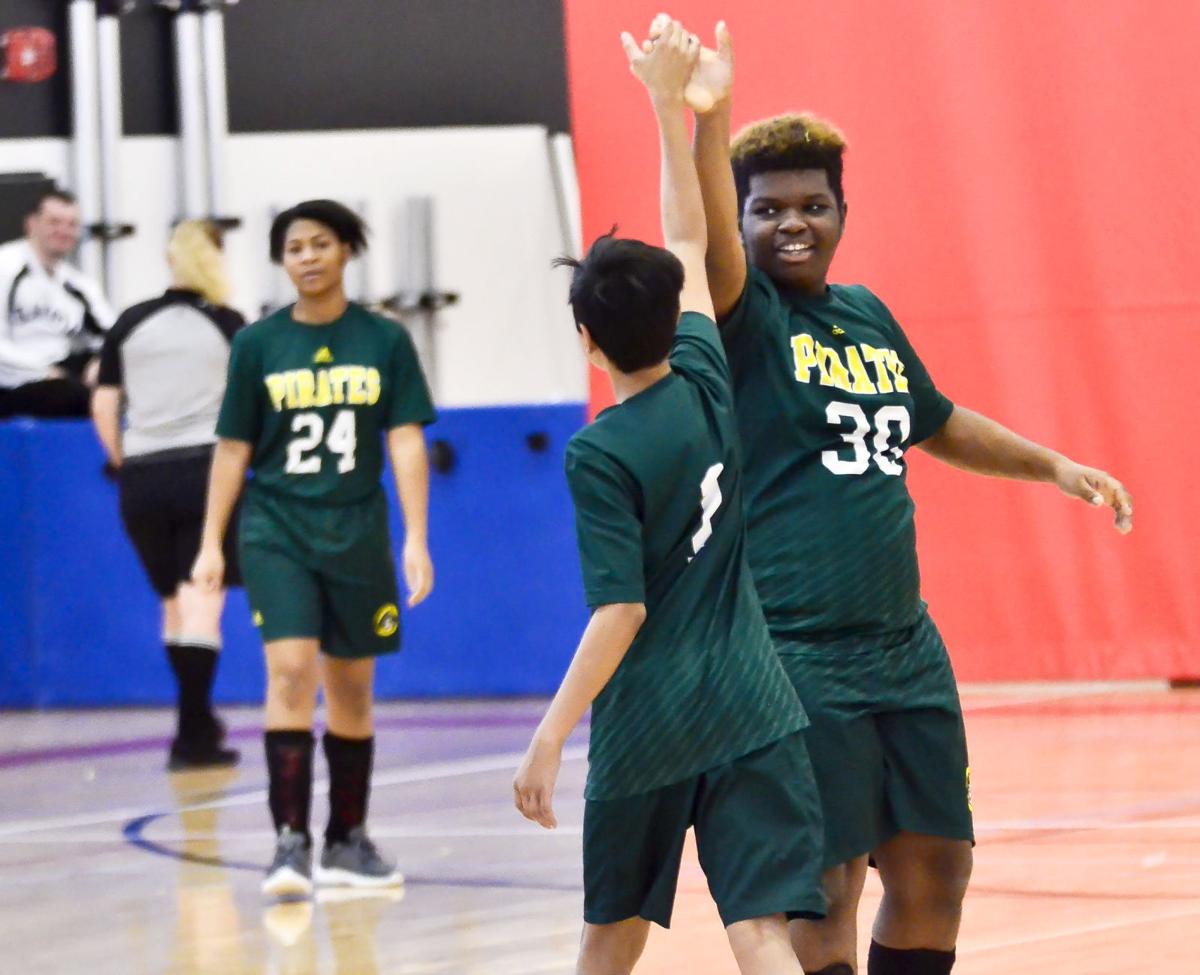 Park Center adapted CI eighth-grader Alec Singh high-fives senior Rio McGrew after a goal in the state consolation tournament in November. Sophomore Amorae Seals is in the background. The co-op consists of Park Center, Osseo and Maple Grove. The floor hockey team is called Maple Grove and the softball team is called Osseo, but the co-op teams remain the same. 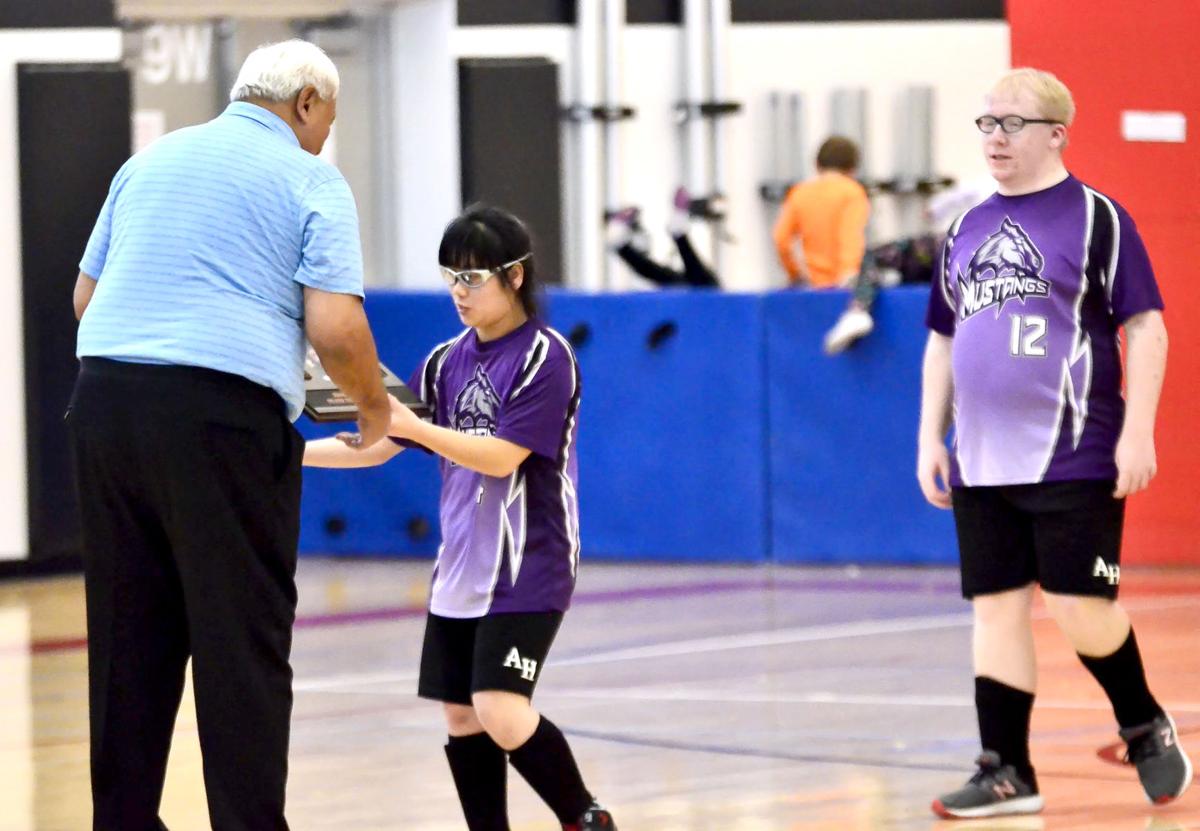 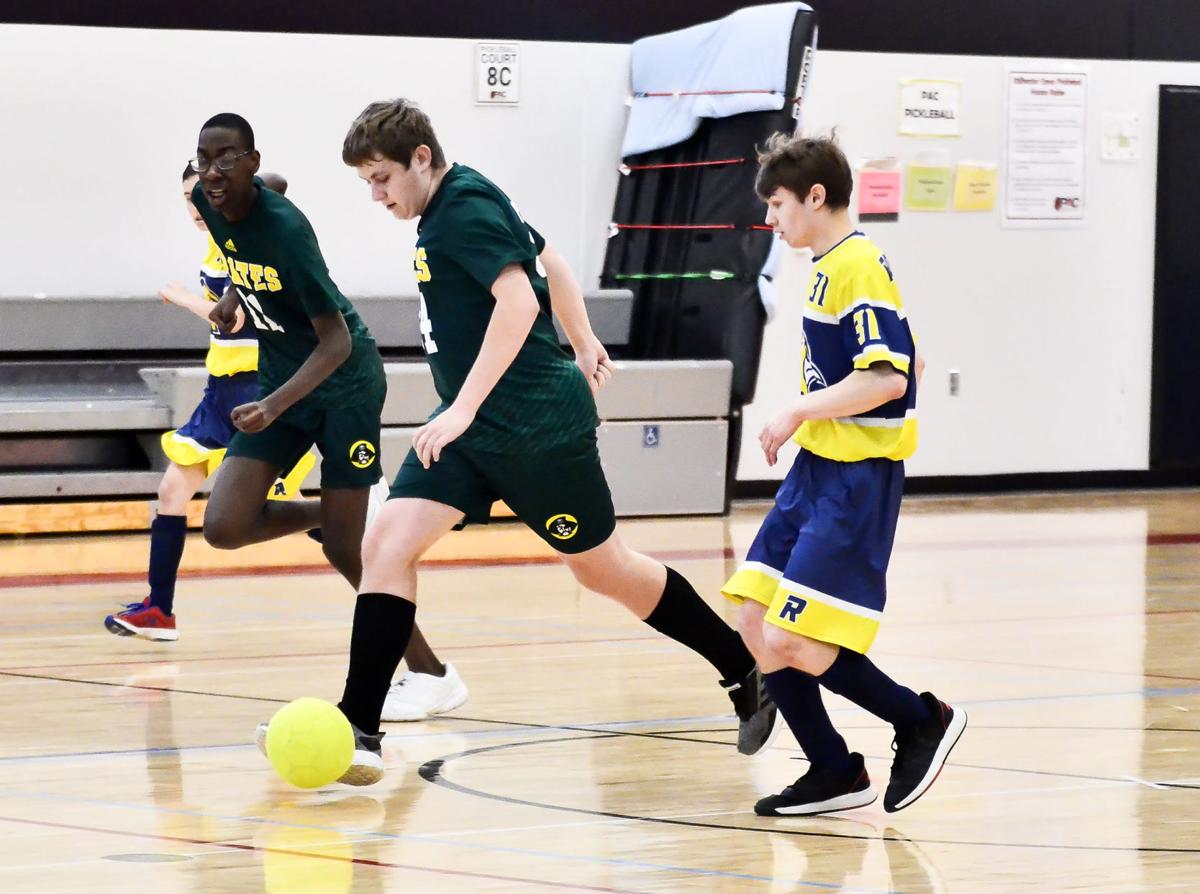 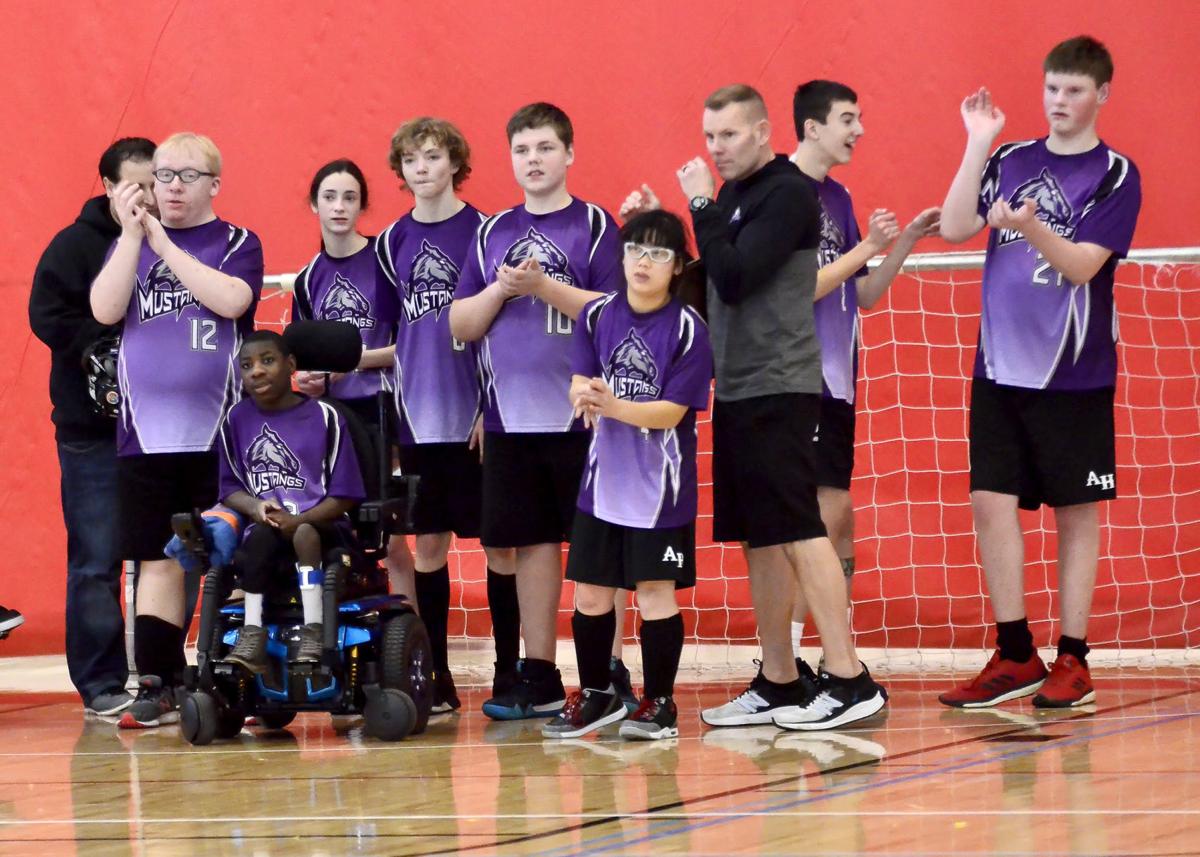 Park Center adapted CI eighth-grader Alec Singh high-fives senior Rio McGrew after a goal in the state consolation tournament in November. Sophomore Amorae Seals is in the background. The co-op consists of Park Center, Osseo and Maple Grove. The floor hockey team is called Maple Grove and the softball team is called Osseo, but the co-op teams remain the same.

It was an easier decision to make than what some expected when the Minnesota Athletics Association and the Minnesota State High School decided to cancel the state adapted floor hockey tournament on March 12.

Over 17 coaches and administrators were at the quarterly meeting, including the Robbinsdale/Hopkins/Mound Westonka PI head coach Marcus Onsum.

Initially, the plan was to limit spectators like what was to be done for girls and boys state basketball. But on March 12, at the meeting, the coaches and administrators and the Minnesota Association for Adapted Athletics were asked how they felt and where they should go moving forward.

They took into account the physically and cognitively impaired athletes who have underlying health conditions that need to be monitored at all times. And if further injury or an illness like COVID-19 is possible, the primary responsibility is for the coaches to provide for the “safety and the wellness” of the athletes.

“There really wasn’t anybody there sitting around that table around that board meeting that felt that we should proceed,” Onsum said. “We all felt that, hey, we have to protect the kids first and foremost. It’s not the decision that we want to make and it’s not going to be a popular decision, but it’s what needs to be done.”

And that same thought process will be used for the adapted softball season. As of now, games are not allowed until at least April 6.

But even if things become more lax, if there is not an all-clear, the athletes’ safety will come first, Onsum said. Instead of wanting to play games because they were off for a long period of time, it will be about the best interest of all the players.

“We want to make sure our athletes are healthy and safe,” Onsum said. “Even if it means we don’t play this spring, we potentially are putting ourselves in the best position possible to keep them healthy and to be able to return to full participation come September when soccer season comes back around.”

Onsum said that mid-April is when the season could start at the latest to be able to get in enough games and potentially salvage the adapted softball state tournament. He expects school administrators and the MSHSL officials to contact him with a plan to either cancel or delay the spring season further.

Athletes’ parents in the Robins’ program are also in a wait-and-see approach at this time.

“We all hope we get a chance to get out there and play, but my kind of gut feeling says that we might be done until next fall,” Onsum said. “If any delays got pushed much beyond the middle of April, I think we would be writing the whole thing off.”

After an executive order by Gov. Tim Walz on March 25 that extended school closing until at least May 4, the MSHSL announced that spring activities were suspended until schools reopen. That means that the mid-April timeframe will not happen, and the adapted softball season is very unlikely.

For Onsum, things began to set in during school meetings on March 13 and 16.

Besides being a coach, Onsum is also a teacher. So the meetings were to discuss the 10-day school cancellation and the what ifs.

The teachers were planning for what the distance learning would look like, but then things took a turn when they were told to plan for the next eight weeks.

“It kind of started to become more real – where this thing really could get out of hand in a hurry and we can find ourselves not only not having spring sports but not being able to hold classes and be in touch with our students and our colleagues and our co-workers and everything like that,” he said. “Ordinarily, administrators are more positive and saying. ‘Hey, we are going to get through this. We will be back at work next week.’ But when we are being told to start prepping for eight weeks, you know it’s gonna be a big deal.”

Onsum said it has to be a “gut-wrenching experience” to work toward something all season or for an entire high school athletic career and have it all end so abruptly.

For many seniors, a season might end with an unexpected loss but they at least were able to play and have their effort and hard work with teammates dictate the ending, Onsum added.

“To have it just kind of ripped away like this because of something none of us can control has got to be just something a lot of athletes are really having a tough time to come to terms with,” he said.