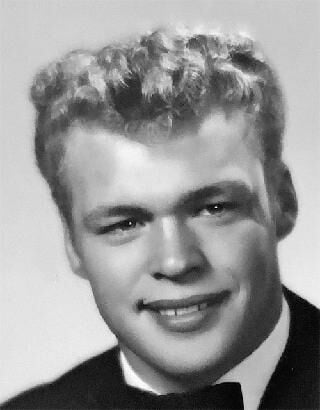 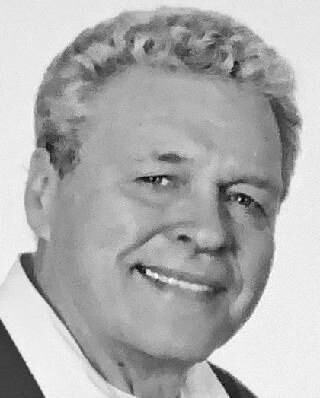 Curtis M. “Curt” Brinks passed to his eternal resting place on Friday, February 19 from complications of pneumonia. He was surrounded by his girls. He led a long, memorable, and good life. Curt was born on April 18, 1942, to H. Ralph and Suzanne Brinks of Pease, MN. He grew up on a dairy farm with his parents and sisters. He attended Pease school through 8th grade and graduated from Milaca High School in 1960. He flourished as an athlete in basketball and football, named All Conference and Student Athlete of the Year his senior year. He continued on to play football through 1962 at Moorhead State College and was a proud Owl. He served in the Army National Guard of Minnesota from 1962 to 1968. He worked in the food service industry for 34 years and retired in 1996. In 1965 he married his first, last, and only love Shirley. They were inseparable for over 55 years. Shortly before his passing he told her, “I’m going to miss those beautiful blue eyes the most!” He meant it. His smile put people at ease and was legendary. He was welcoming, handsome, and funny. He was the consummate family man and cared for his wife, daughters, and grandchildren the most. Three weeks before his passing, his first great-grandson, and namesake, Brink was born. He was honored. He loved to fish and be at the lake. He loved his home. He was known as “The Godfather of Pilgrim Lane” in his tight-knit neighborhood. He loved all MN sports teams and loved watching the Twins and Vikes. Left to mourn his passing: his wife, Shirley; daughters, Kimberly (Matthew) Schenck and Sherry Ross; grandchildren, Sydney (Brady) Syverson, Christian Kays, Gracyn, Tatum, and Samuel Ross; great-grandson, Brink Syverson; sisters, Kathy (Dennis) Warren, Rachel (Don) Trimble, and Lois (Tim) Roelofs; as well as several, well- loved nieces and nephews. Preceding Curt in death are his parents Ralph and Sue Brinks and his son-in-law Dale Powers. A private ceremony will be held at a later date. The family wishes to thank the compassionate and superior ICU staff at North Memorial Medical Center for their loving care. “There are some who bring a light so great to the world that even after they have gone, the light remains.” Evans-Nordby Funeral Home 763-533-3000 www.evansnordby.com