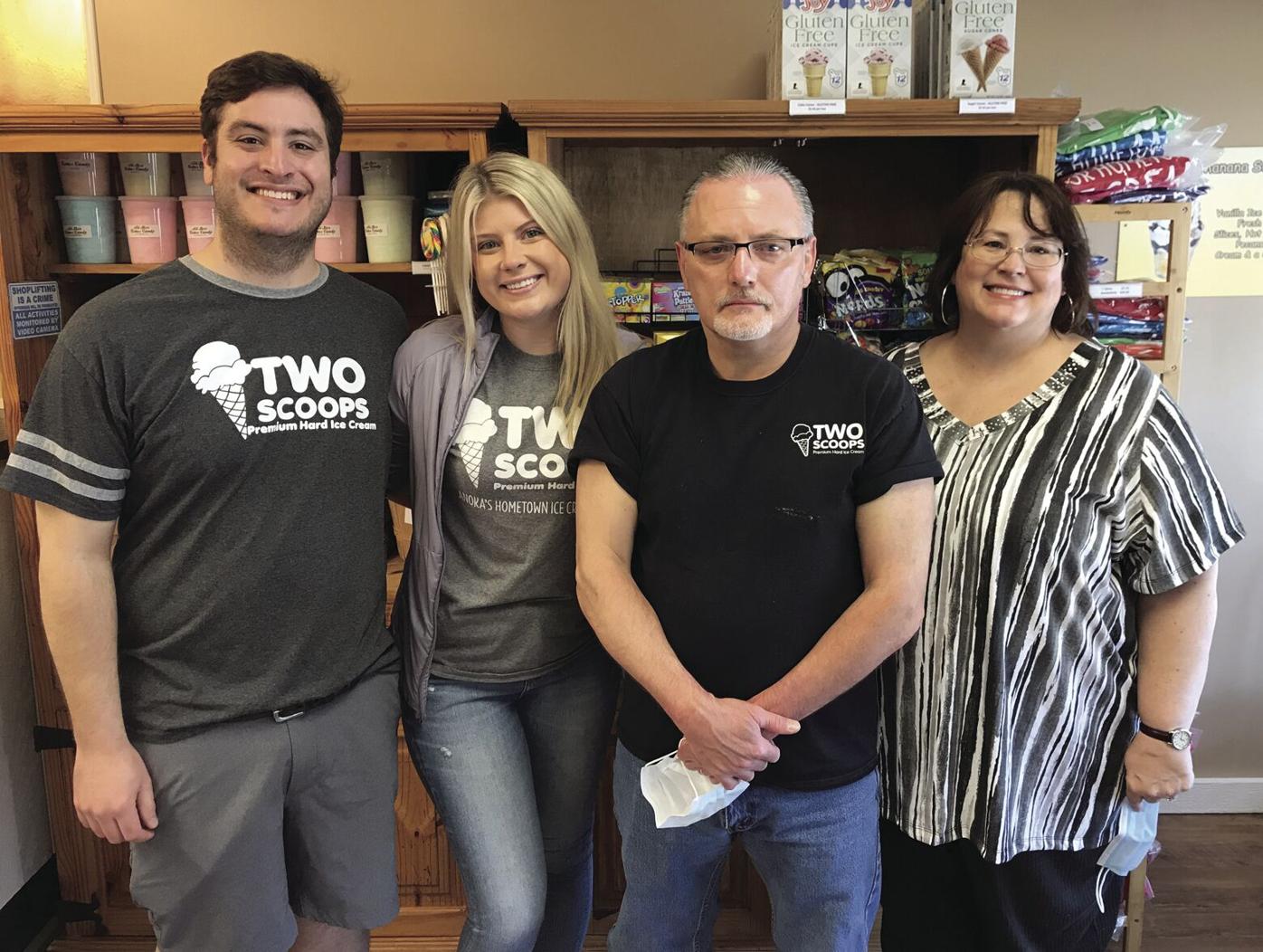 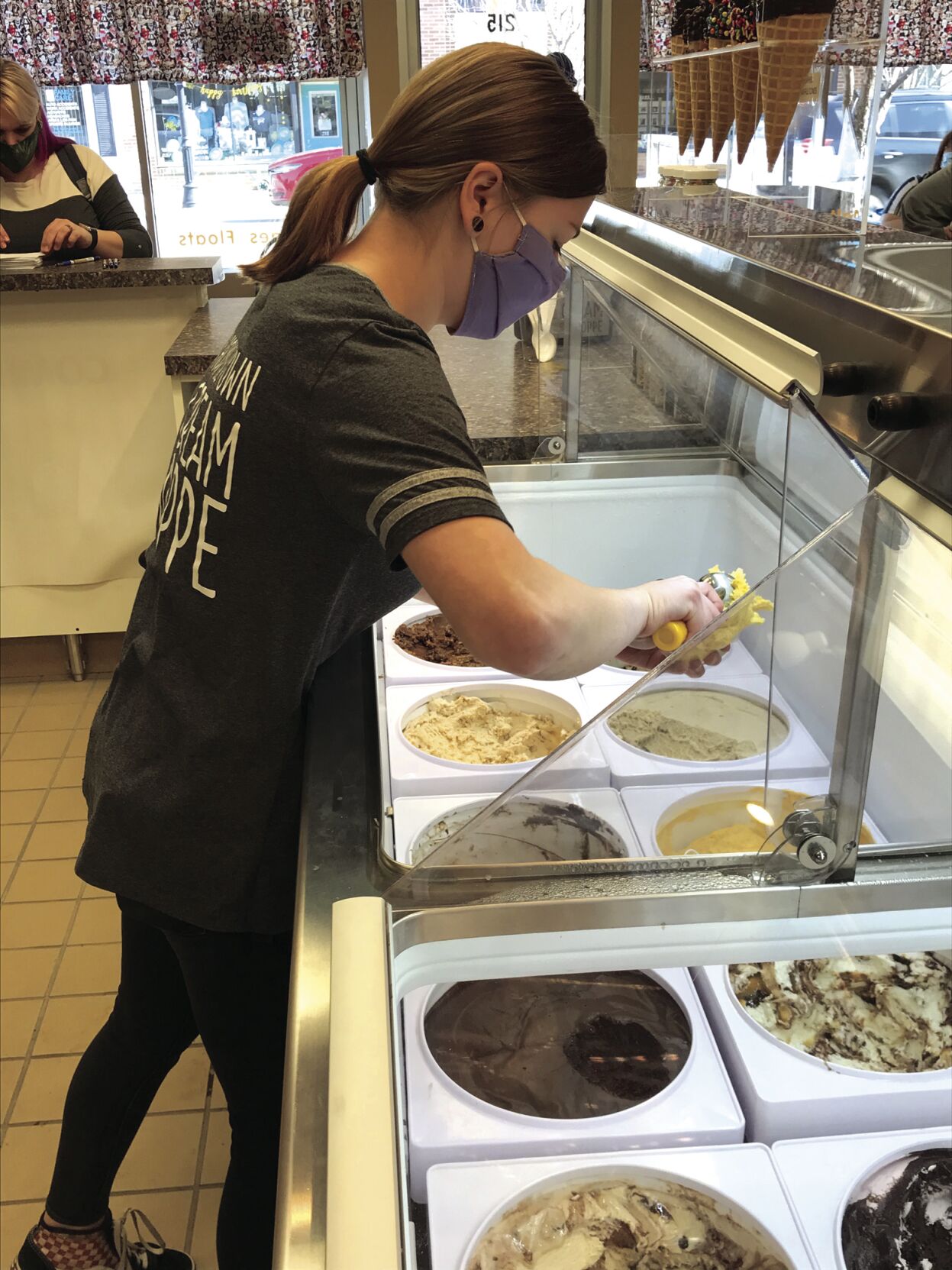 One of the many flavors of ice cream is scooped into a dish at the grand opening event at Two Scoops in Osseo. 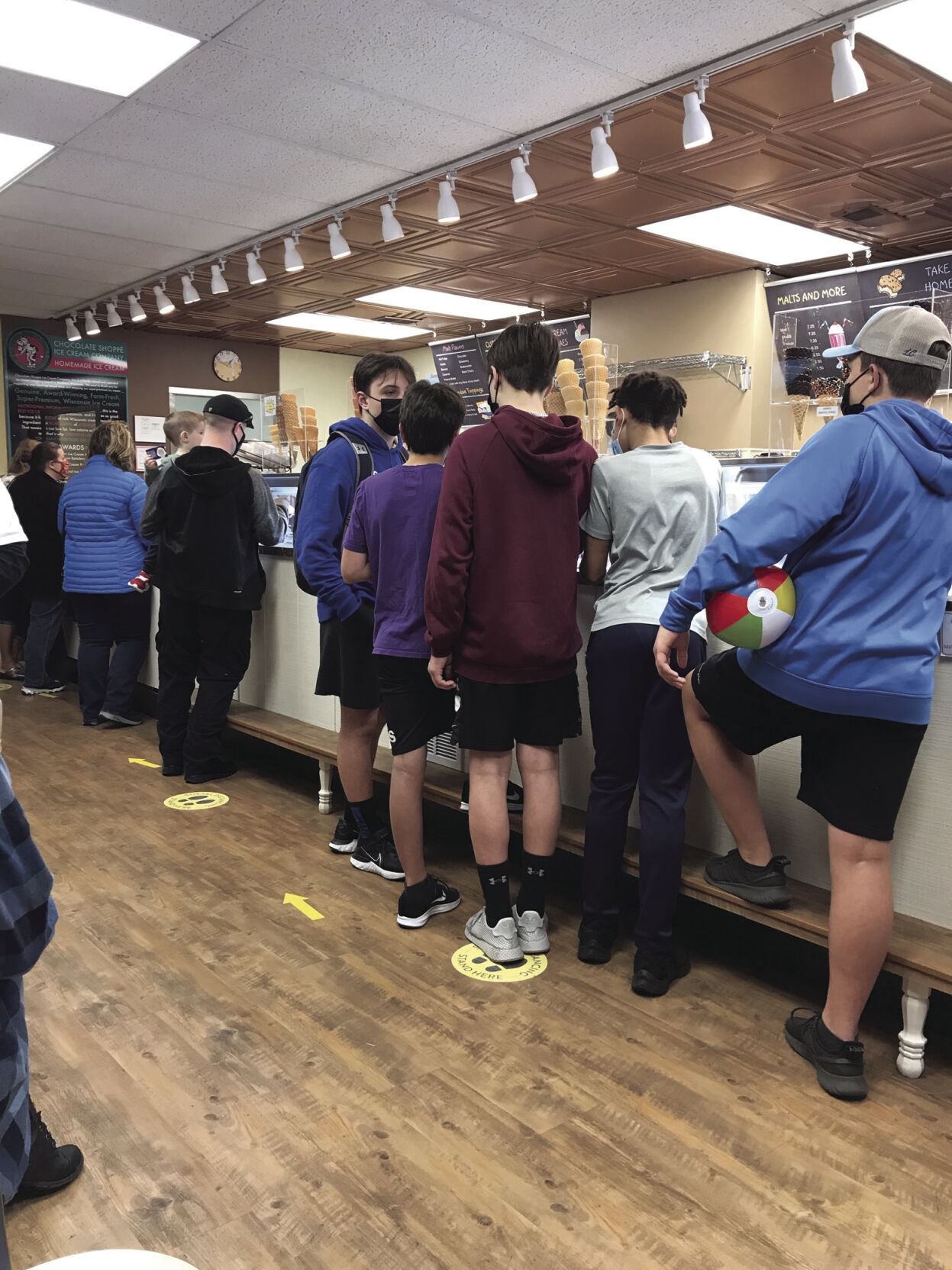 People line up for an ice cream treat during Two Scoops’ grand opening celebration on Saturday, March 13, in Osseo. 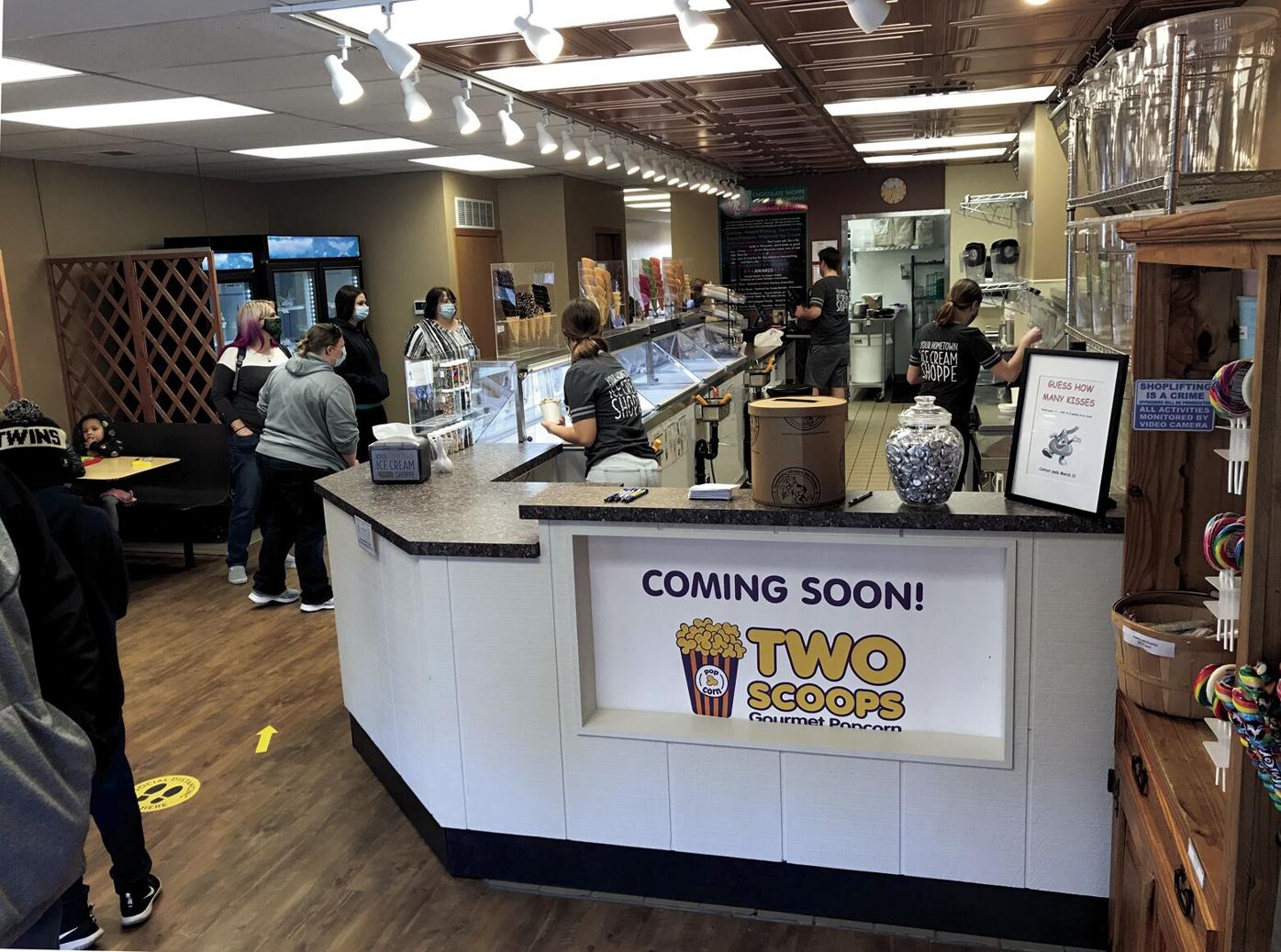 The Two Scoops Osseo location is located at 215 Central Avenue.

One of the many flavors of ice cream is scooped into a dish at the grand opening event at Two Scoops in Osseo.

People line up for an ice cream treat during Two Scoops’ grand opening celebration on Saturday, March 13, in Osseo.

The Two Scoops Osseo location is located at 215 Central Avenue.

Chocolate, old-fashioned vanilla, cookie dough, superman, cinnamon stick, and peanut butter cup are just a few of the mouth-watering options customers can choose from at Two Scoops. With over 100 flavors of ice cream, Osseo’s new ice cream shop has something for everyone.

Rick Ritter and his wife, Cherie, opened the Osseo store last October but had a grand opening celebration Saturday, March 13. This is their second Two Scoops location.

“Back in 2010, I was in banking and there was the financial crisis,” Cherie Ritter said. “I got out of banking and we decided we’ve always wanted to open up an ice cream shop, so we did. We opened in Anoka in 2010.”

The Ritters have loved being in the small town atmosphere that Anoka offers. The Anoka location has supported the community in youth sports and youth arts. “It’s been a lot of fun,” Cherie Ritter said.

They decided a few years ago that they wanted to expand to a second location. Rick and Cherie Ritter hired their son, Bill to become the manager at the Anoka location while they scouted out potential sites for expansion.

“We had actually visited Osseo three or four years ago and liked how it felt, but it wasn’t the right timing for us,” Cherie Ritter said.

In the fall of 2019, the Ritters were ready and happened upon an Osseo storefront at 215 Central Avenue. “We signed the lease,” she said. “We got everything ready to go and it was March [2020]. And, boom, everything shut down.”

The Ritters pressed pause temporarily but were able to get going to open the Osseo location last October. “We were only open on the weekends for a few hours here and there,” Rick Ritter said.

The Ritters have already been welcomed by the Osseo community. The Osseo Council City attended the opening in October and the grand opening on March 13.

Rick Ritter agreed that all the businesses have been very welcoming and supportive. He said it’s been amazing.

One Osseo business stepped up to help the Ritters before Two Scoops even opened. “All of our equipment was delivered by semi,” Rick Ritter said. “We were outside one day wondering how we were going to get this unloaded. These boys from Heinen’s saw us out there. They came over with their forklift and they unloaded the semi. They helped us uncrate it. They helped us bring it in the building.”

The Ritters were very grateful.

“We are looking forward to the community here, and getting involved again with the youth of the community,” Cherie Ritter said.

They have already done a few things at the Osseo Ice Arena. “As COVID lifts hopefully it will be easier for us,” Rick Ritter said.

There are a total of 28 flavors at one time to choose from in Osseo. Once a flavor runs out, a new flavor replaces it, except if it’s a “staple” flavor such as chocolate or vanilla. “We rotate them around,” Cherie said. “You can come in on a business Saturday and see one flavor in the morning and it’s not there by the evening.”

Two Scoops also offers ice cream cakes that customers can pre-order. With the new Osseo location, customers will soon be able to purchase gourmet popcorn made on-site as well.

The Osseo Two Scoops location is now open every day from noon to 9 p.m. Sundays to Thursdays and noon to 10 p.m. on Fridays and Saturdays. Come summer, it will be open from 11 a.m. to 10 p.m. every day.

Soon, you can grab your favorite ice cream flavor in a dish or cone and enjoy your treat while sitting outside on a bench on the sidewalk along Central Avenue in front of Two Scoops.