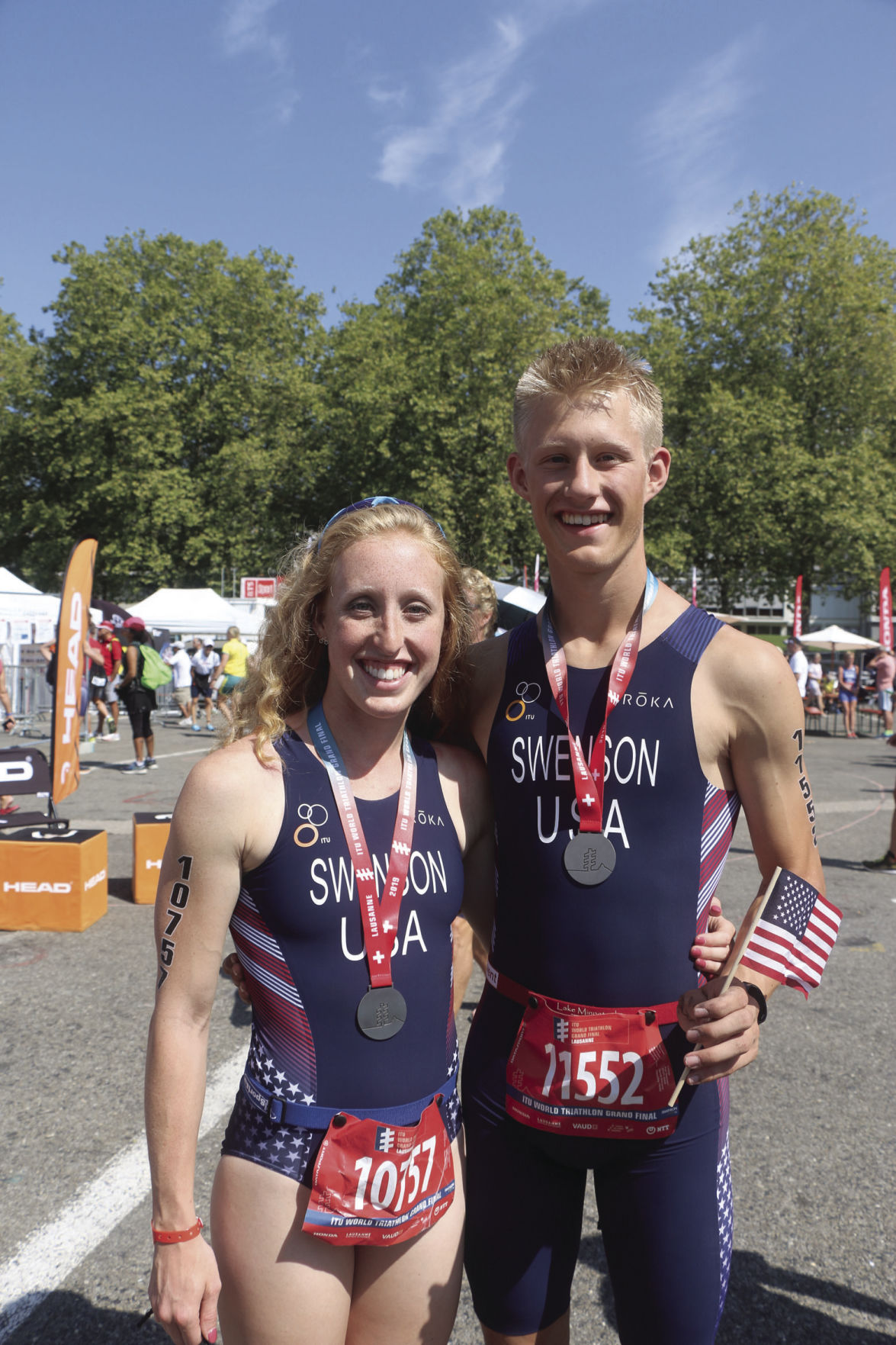 Siblings Kristina and Kyle Swenson are seen after the finish of the World Triathlon competition this summer in Switzerland. Kyle is a senior at STMA High School, and Kristina, also an STMA grad, is a senior at Iowa State University. 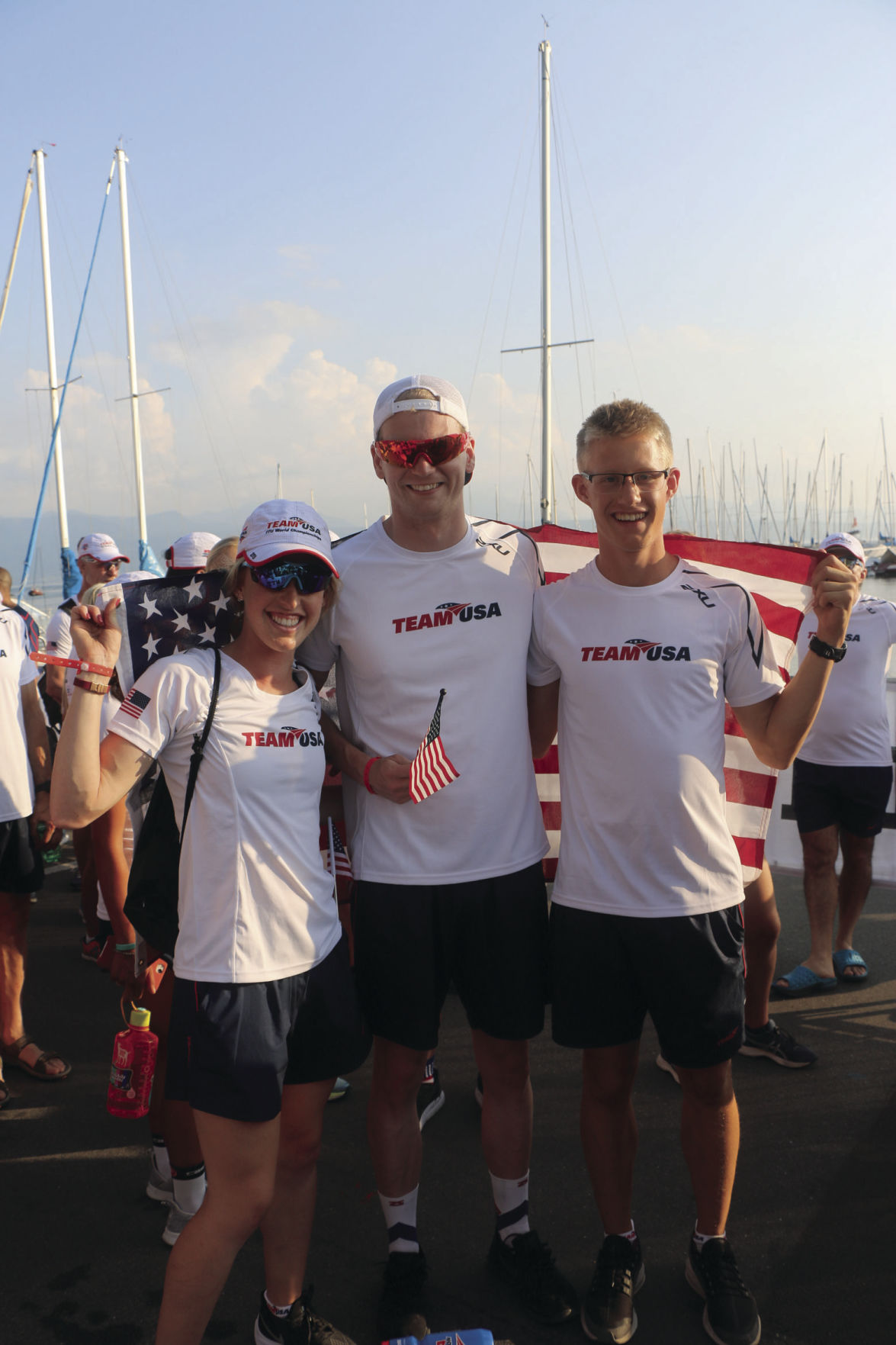 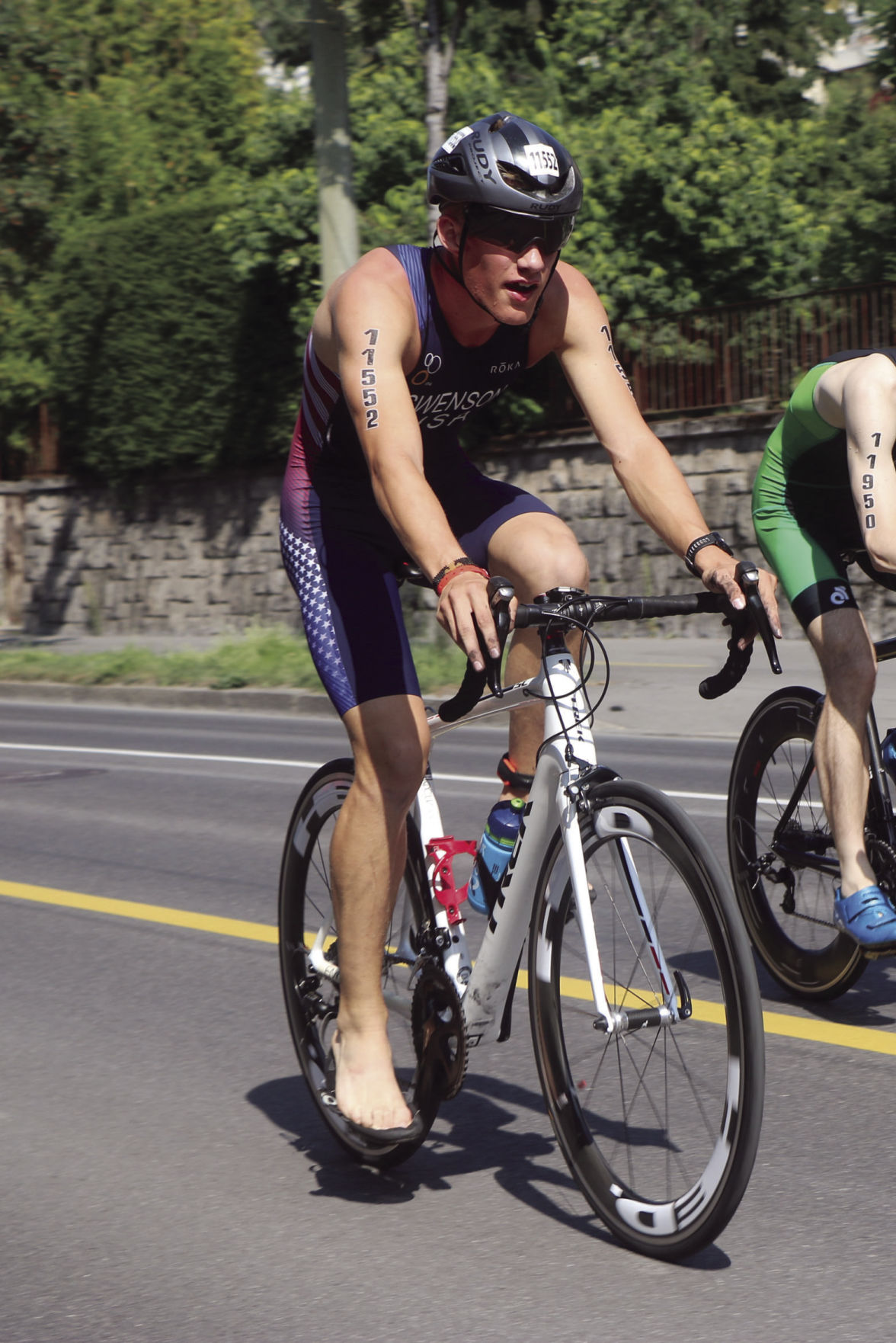 STMA senior Kyle Swenson competes in the bike portion of the World Triathlon. 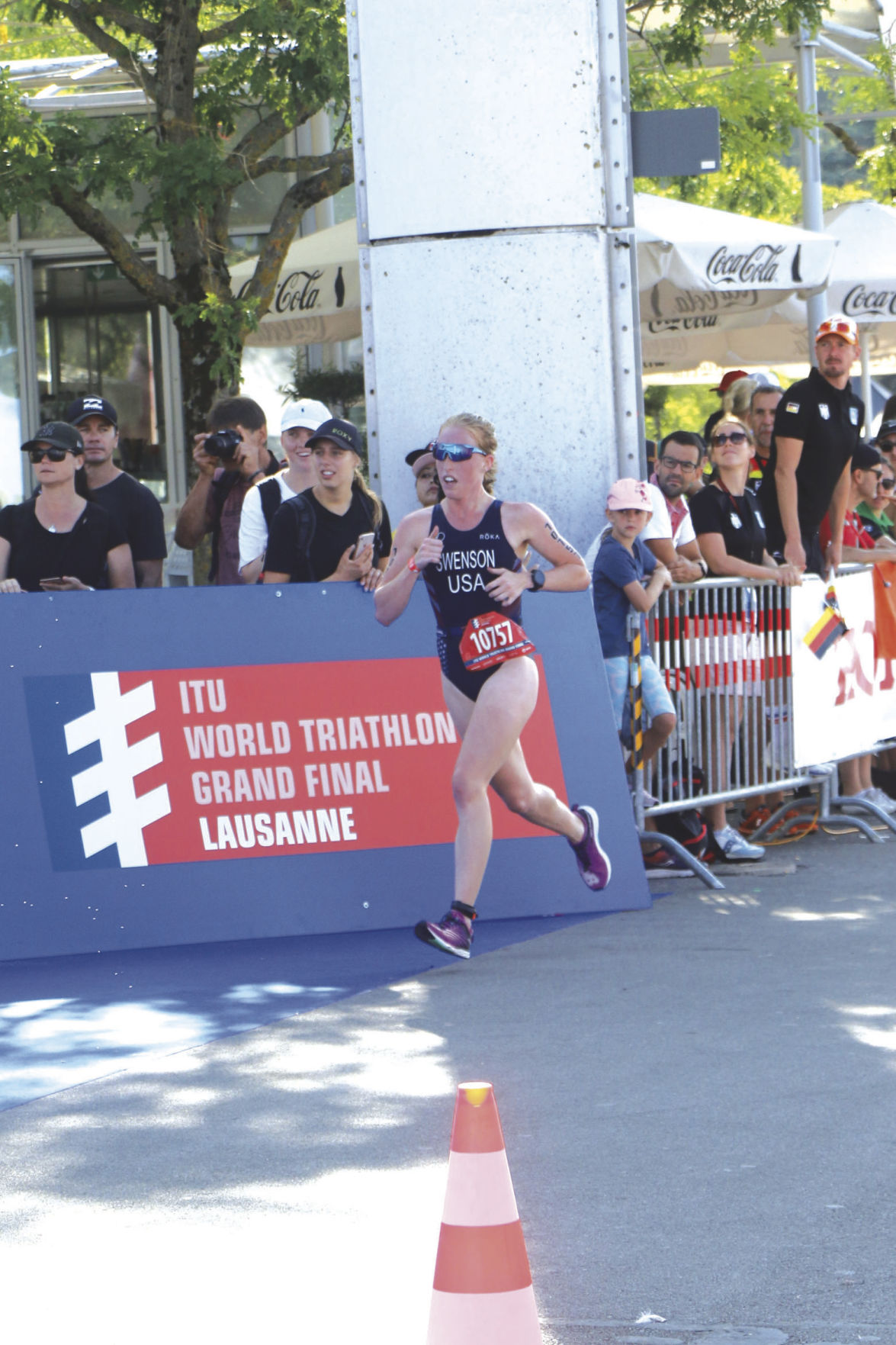 Siblings Kristina and Kyle Swenson are seen after the finish of the World Triathlon competition this summer in Switzerland. Kyle is a senior at STMA High School, and Kristina, also an STMA grad, is a senior at Iowa State University.

STMA senior Kyle Swenson competes in the bike portion of the World Triathlon.

Some siblings have nothing in common.

Rogers/Maple Grove natives and St. Michael-Albertville students Kristina and Kyle Swenson are not in that number.

Not only do the sister and brother have a lot in common, they will attend the same university and are both internationally competitive triathletes.

Kristina, 22, is a senior at Iowa State University currently studying in France before graduating this spring. Kyle, 17, is a senior at St. Michael-Albertville High School, where Kristina is a graduate. Like his sister, Kyle will be attending Iowa State and competing for the same college triathlon club his sister currently belongs to.

The stellar Swenson siblings’ success in triathlons is the tip of the iceberg for feats they have accomplished. Kristina is president of the Triathlon Club at Iowa State, as well as a Collegiate Commissioner for the Midwest Region of the USA Triathlon Association, the governing body of the sport of triathlon. Kyle is the captain of the STMA cross country team. He is also a swim captain, sings in the choir, competes in track and plays on the summer soccer travel club.

“This was a very special honor for him,” mom Jamie Swenson said. Like her brother, Kristina was a swim captain at STMA, a 4.0 grad and was on the track team. “Triathlon is their life,” Jamie said.

Kristina has qualified five times for World Triathlon events, and Kyle has qualified three times. Both have been nominated as the Minnesota Junior Triathlete of the Year by Minnesota Tri News, and both hold course records in Twin Cities triathlons.

This year the siblings brought their skills to the World competition in Lausanne, Switzerland, where they did the “Sprint” distance of 750-meter swim, 20-meter bike and 5K run. They both qualified for and will compete in the 2020 World event next summer in Edmonton, Canada.

“Only 18 finishers in an age group qualify for the World competition, so to have two siblings among that number is quite a feat,” Jamie said.

The National Collegiate Athletic Association started sanctioning triathlon teams in 2014 and currently only sanctions women’s teams. A lot of the college triathletes belong to non-sanctioned club teams, like at Iowa State.

“Midwest teams typically aren’t sanctioned because of weather and training, as they can’t compete year-round in the Midwest,” Jamie said.

But there is national triathlon competition each year for club and sanctioned teams, “so they do compete together,” Jamie added.

Kristina started competing in triathlon at age 8, and Kyle at age 7.

“They compete in about six to 12 races per year, mostly in the Twin Cities area, but also at Nationals, as well as other states the Iowa State team travels to,” Jamie said.

The proud mother gave recognition to “their amazing coaches and mentors,” including Tony Schiller, a seven-time world champion and co-founder of CycleHealth, a Minnesota organization committed to changing the cycle of health in America, starting with children.

“Kristina and Kyle volunteer many hours every year for CycleHealth,” Jamie said. “And both have held a leadership role as the ‘KAPtain’ of the Kids Advisory Panel which allows them to guide a group of kids to help make decisions about the direction of the organization as well as race events.”

Kristina’s boyfriend Stephen Dennison, also a Maple Grove native, was also an Iowa State triathlete and former president of the Triathlon Club, handing the torch to his girlfriend Kristina. Jamie Swenson said her children and Dennison all share the common goal of competing in the pinnacle of athletic pursuits — the legendary Ironman Triathlon. Ironman athletes face a grueling 2.4-mile swim, 112-mile bike ride and finishing with a full marathon (26.2-mile run).

Away from their athletic pursuits, Kristina will graduate ISU this fall studying marketing communications, leadership and health and is currently an intern with Quality Bike Products, the largest such distributor in the world.

Kyle will attend ISU next fall where he intends to pursue a major that allows him to be a chiropractor.

“I truly believe it takes a village to raise a child,” Jamie Swenson said. “There was an amazing group of adults, mentors and colleagues that helped them in their life.”