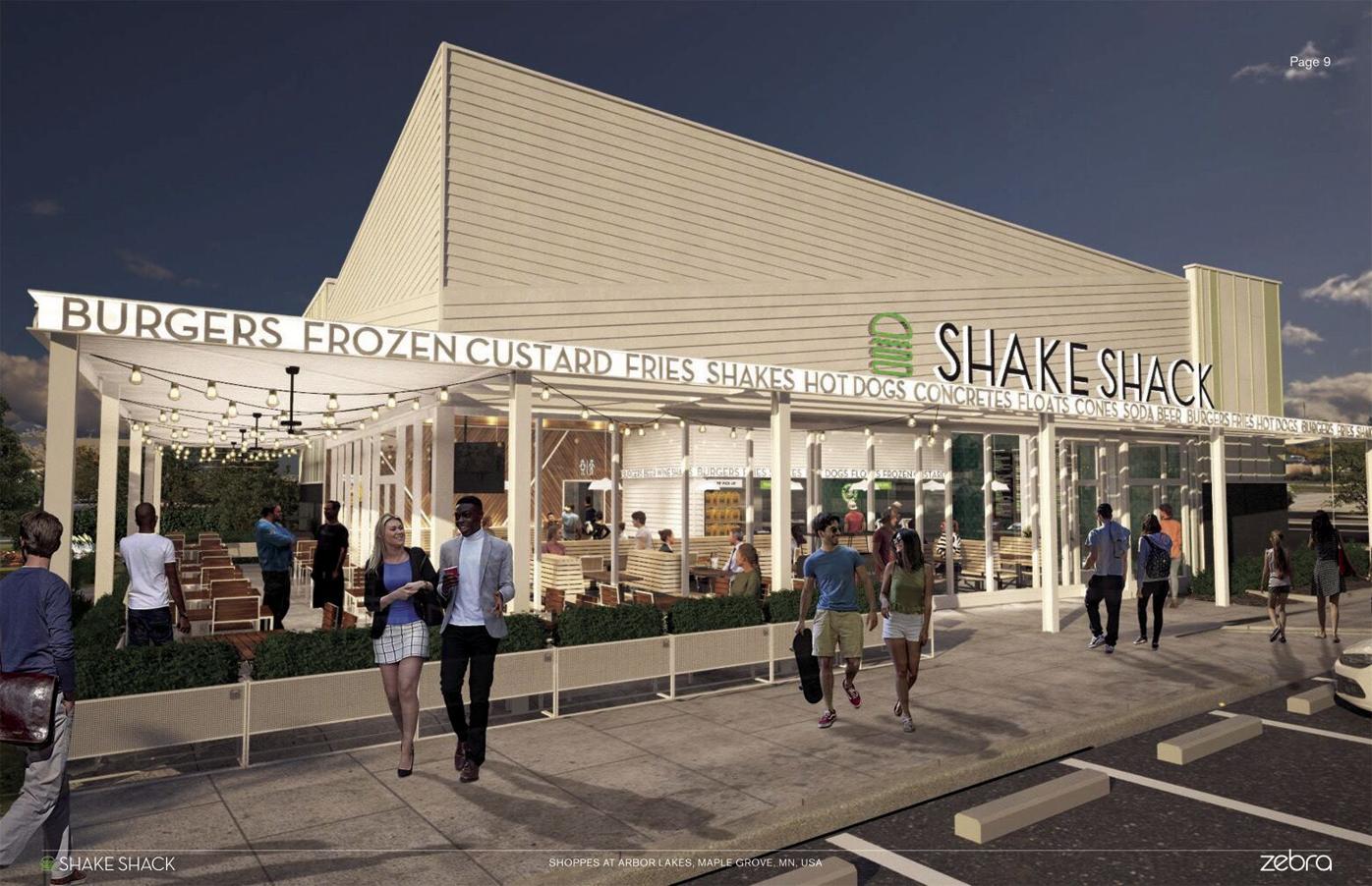 At its April 19 meeting, the Maple Grove City Council amended plans for the proposed Shake Shack stand-alone restaurant in the Shoppes at Arbor Lakes. The new plans will include a drive-thru. (Graphics courtesy of the city of Maple Grove) 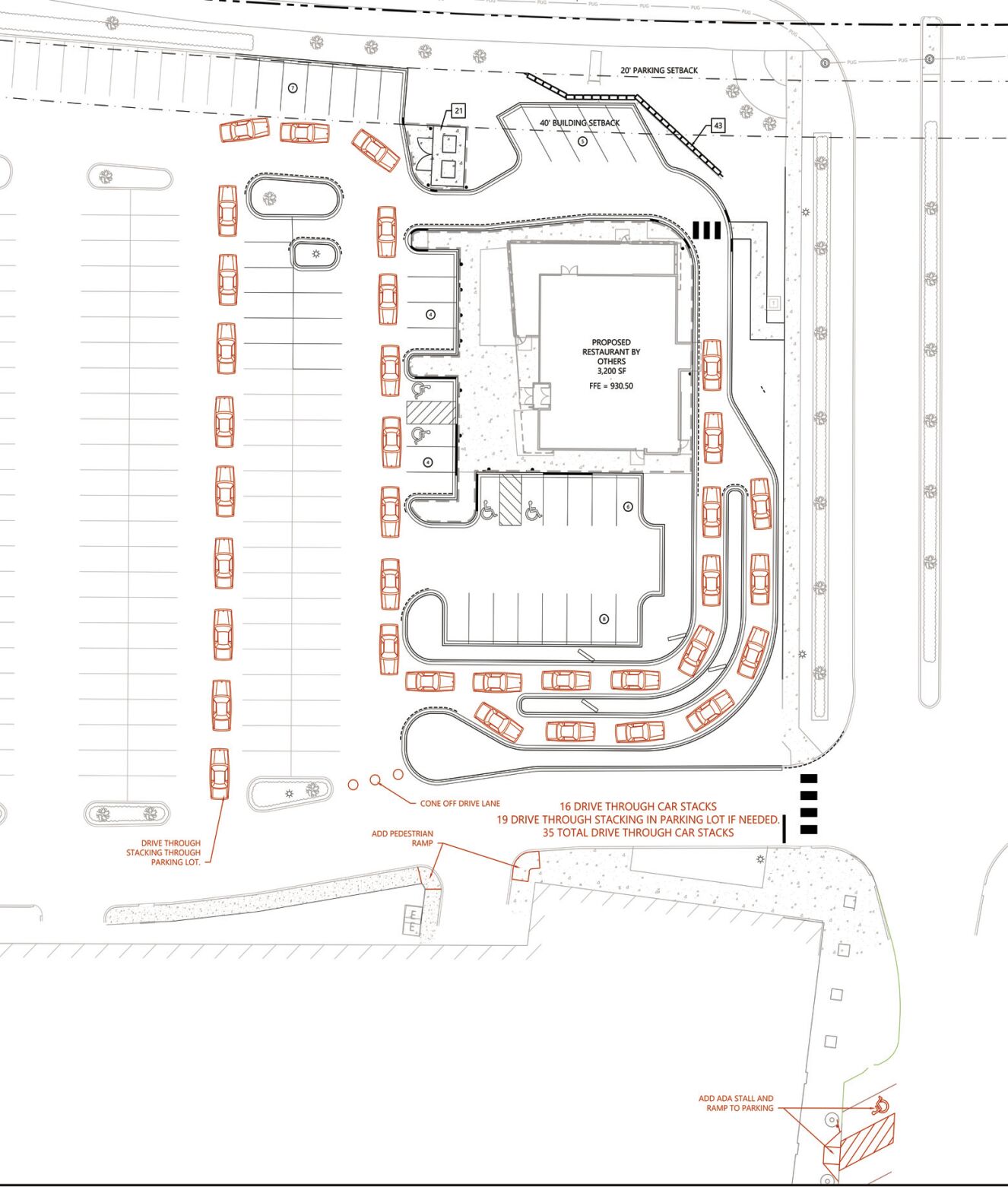 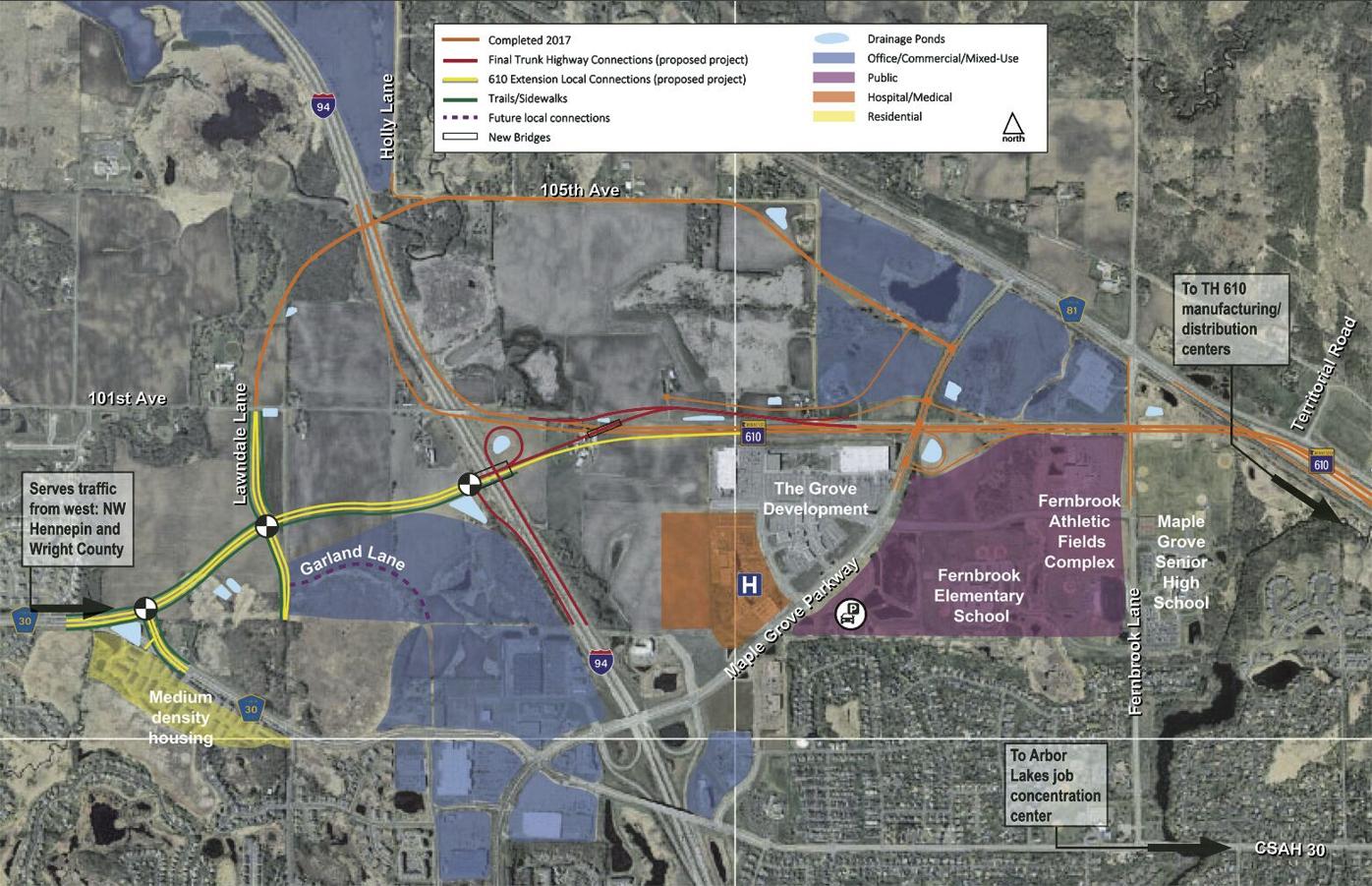 The Maple Grove City Council approved final design services for the extension of Highway 610 to the west. The extension project consists of creating a local extension of Hwy. 610 that would head west over Interstate 94 and eventually connect with County Road 30.

At its April 19 meeting, the Maple Grove City Council amended plans for the proposed Shake Shack stand-alone restaurant in the Shoppes at Arbor Lakes. The new plans will include a drive-thru. (Graphics courtesy of the city of Maple Grove)

The Maple Grove City Council approved final design services for the extension of Highway 610 to the west. The extension project consists of creating a local extension of Hwy. 610 that would head west over Interstate 94 and eventually connect with County Road 30.

The Maple Grove City Council heard a request for the final design phase of the Highway 610 Extension project at its Monday, April 19, meeting.

The council also considered an amendment to the Shake Shack proposal, which would allow a drive-thru to be included in the project in the Shoppes at Arbor Lakes.

Director of Public Works/City Engineer Ken Ashfeld presented the council with a proposal from SRF Consulting Group to provide final design services for the Highway 610 Extension project. In order for the city to begin construction on the project in 2022, the project needs to be “shovel ready.”

The extension project consists of creating a local extension of Hwy. 610 that would head west over Interstate 94 and eventually connect with County Road 30.

City staff has been working on the preliminary design and environmental documents for the project over the past several years. The preliminary layout plans have been submitted, but review and approval from MnDOT, the Federal Highway Administration and other agencies are still needed.

“To date, the city has hired the SRF Consulting Group to complete the initial phase of the 610 extension project,” Ashfeld said. “And that’s included data collection, traffic modeling and analysis. That has enabled the city to move this project through the agencies of MnDOT and the Highway Administration.” This was all at a cost of $100,347.

He said SRF has provided the city with a proposal for the final design services for the extension project. The final design services include: topographic survey and data collection, soil samples, final design of the structures and signals/lighting, bidding administration, public engagement, additional traffic studies, and permit and other assistance. These tasks will take about a year to complete at a cost of $2,202,739.

“The financing that we anticipate for this part of the project would be interim funding from the city’s truck transportation funds,” Ashfeld said. “Ultimately, that would be reimbursed through the overall project funding.”

The council approved the proposal for the final design services for the Highway 610 Extension project for $2,202,739.

The council also considered a request for the proposed Shake Shack project. The applicant for a new Shake Shack restaurant in Maple Grove was requesting the council consider an amendment to the original development plans to allow for a drive-thru.

The original Shake Shack proposal was first approved by the council in March 2020. The restaurant is planned to be located in the Shoppes at Arbor Lakes development, in a location that is currently parking spots. This stand-alone restaurant would be located between the Shoppes’ primary access drive off of Elm Creek Boulevard and Red Lobster.

Director of Community and Economic Development Joe Hogeboom said, “The reason for the amendment is Shake Shack did some rethinking during the pandemic and decided they would like to put in a drive-thru at this particular restaurant so that take-out order and such things could be done through the drive-thru.”

He added the proposed amendment was brought to the Planning Commission where there were discussions with the applicant to bring forth an alternate site plan layout for the building’s orientation. “The reason for that was wanting to see if this particular drive-thru could be moved from its location,” Hogeboom said. “The drive-thru is entered into at the edge of the parking lot and the comments that were raised in the Planning Commission meeting were whether or not some of the parking that is currently there could be retained in case it is needed for the existing Pot Belly Sandwich restaurant to the south.”

The applicant did create an alternative layout for the site, but the original layout was determined by staff to be the most efficient. Hogeboom stated that if the building is moved to a different location on the site, there would be a greater loss of parking spaces.

He added new pedestrian ramps will be added between Shake Shack and the Shoppes building to the south.

This new Maple Grove location would be only the third Shake Shack restaurant in the state.

Councilor Phil Leith said when the council originally looked at the proposal for Shake Shack, the proposed area for the building was in the least used portion of the parking at the Shoppes. “I think if this drive-thru even had to snail into the parking lot a little bit, there’s not usually much traffic in there,” he said. “I don’t see that as a problem.”

The council unanimously approved the amendment to the Shake Shack stage plan to allow for a drive-thru.

In other action, the council:

ACCEPTED a donation of five thermal imaging cameras and accessories for the Maple Grove Fire Department valued around $42,335. The donation comes from the Firehouse Subs Public Safety Foundation Board of Directors.

APPOINTED Seth Helleck to the position of mechanic in the Public Works Department effective April 20, subject to a 12-month probationary period.